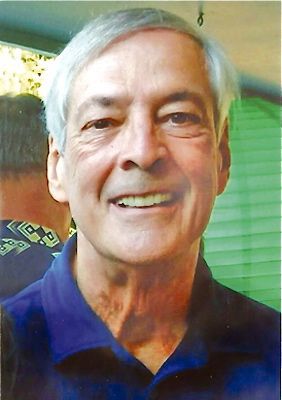 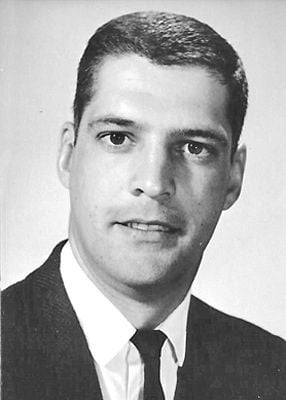 Richard John Rees passed away peacefully on April 18 as a result of a stroke. Richard was born on July 19, 1937, the middle of three boys born to Irene F. (Travers) and Albert P. Rees in Providence, Rhode Island. His parents and brothers have all preceded him in death.

His formative years were spent in Astoria, Oregon, where he graduated from Astoria High School in 1956. After spending three years in the U.S. Army with the Army Security Agency at Fort Devons, Massachusetts, he returned to Oregon and attended Western Oregon University (Oregon College of Education at the time), graduating in 1963.

After teaching in Springfield, Oregon, for a year he embarked on his major career with the pharmaceutical industry. Beginning in June 1954, and continuing until his semi-retirement in 1985, he worked for the Upjohn Company, Bristol Laboratories and Glaxo Inc. His expertise as sales representative, sales training, district sales manager and hospital sales was developed in New York, Washington and Oregon.

His family life is the real legacy of Richards life. Carole (Johnson) Rees first laid eyes on her soul mate when they were 12 years old. They were married in Astoria in December 1956 and have been together since. They were blessed with two daughters, Kimberly Lyman (Mark) of Salem, and Renee Hamlin (Ken) of Dayton. Richards four grandsons, Matthew and wife, Erica, Andrew, Garrett and Taylor were so special to him.

Upon leaving the pharmaceutical industry behind, Richard and Carole embarked on their second careers as innkeepers in Seaside, Oregon. First, they owned and operated The Boarding House Bed & Breakfast, and then moved to The Gilbert Inn Bed & Breakfast from 1985 to 2004, immersing themselves into all manner of involvement in the community. Serving on the Seaside Planning Commission for many years was one of his favorites.

Upon a real retirement, they moved to Salem and settled in, traveling and spending their summers in Seaside. Richard spent his last two years as a tour guide at the Oregon State Capitol  always active to the end. He kept a notebook filled with details about the Capitol, including the murals on the walls, and those who worked there. Sometimes those who took his tours sent him thank-yous.

At his request, no public services are being held. A private family interment will be held at City View Cemetery in Salem under the direction of City View Funeral Home.

Richards wife and family would like to extend a special thanks to the owners and caring staff at Assured Health in Salem for their compassionate care of Richard during the time he was in their care.

Also, thank yous to Windsor Health and Rehab and the seventh floor at Salem Hospital.

In lieu of flowers, contributions may be made in Richards honor to the Salem Hospital Foundation, 890 Oak St. SE, Salem, OR 97301.