A county in Southeastern Oregon has announced one of the largest land conservation agreements in the state to protect greater sage grouse.

The birds live in sagebrush country where their habitat is shrinking because of people, wildfires, and invasive species. Harney County contains much of Oregon's prime sage grouse habitat.

"We are kind of in ground zero," said rancher Tom Sharp, who sees sage grouse regularly on his land.

Sharp has a six-mile road that leads up to his ranch house.

Sharp is helping head up a new sage grouse conservation effort in Harney County. It's a partnership between landowners, the Harney Soil and Conservation District and the U.S. Fish and Wildlife Service.

Ranchers can opt in to improve habitat and remove threats to sage grouse on their private rangeland. In return, they'll be protected from other requirements if the sage grouse is listed under the endangered species act next year.

"Landowners get it. They're realizing that the consequences could be very serious on the future of how they can use their lands," Sharp said. 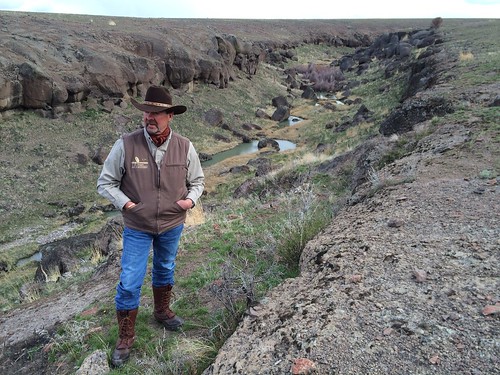 Paul Henson, the state supervisor for Oregon's U.S. Fish and Wildlife Office, said this agreement shows how conservationists and landowners can work together.

Harney County has 1 million acres up for protection under the agreement. Right now, 39 ranchers have said they will sign up, with their land adding up to about 250,000 acres.

To date, conservation group Sage Grouse Initiative, which works to protect sage grouse in 11 Western states, has worked to conserve or enhance 2.25 million acres of habitat.

Seven other counties in Oregon's sagebrush country are looking into similar agreements. Officials say that could provide protection for all sage grouse habitat on the state's private land.

Each landowner will have different management goals for their range, said Marty Goold, Harney Soil and Water Conservation District manager.

"Whether it be weed treatments, juniper cutting, or there's some people that have phenomenal habitat. We just want to protect that habitat value and continue doing that good work," Goold said.

In Harney County, some of the major threats to sage grouse are wildfires, which also increase exotic grasses, and encroaching juniper trees in upper elevations.

According to the Sage Grouse Initiative, sage grouse habitat has been cut in half. What's left isn't always ideal, which has caused sage grouse numbers to drop by 90 percent.

In 2010, the birds were put on an endangered species wait list. Other animals were in deeper trouble and got put on the list first. The U.S. Fish and Wildlife Service will reexamine that decision next year.

Goold hopes this agreement will help keep the birds off the endangered species list.

"I'm very optimistic. This is really a big step in trying to avert a listing decision," Goold said.

This story originally appeared through the EarthFix public media collaboration.