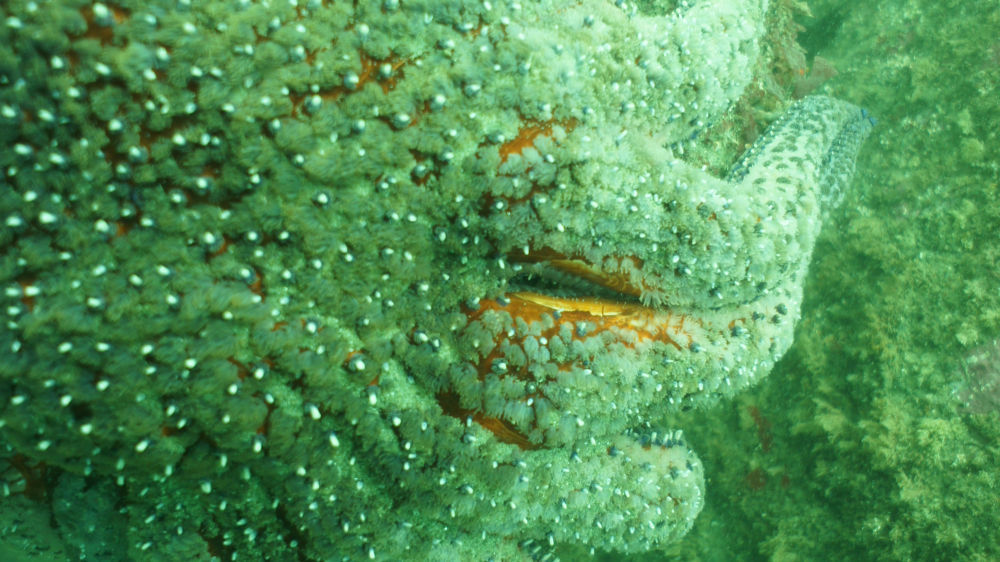 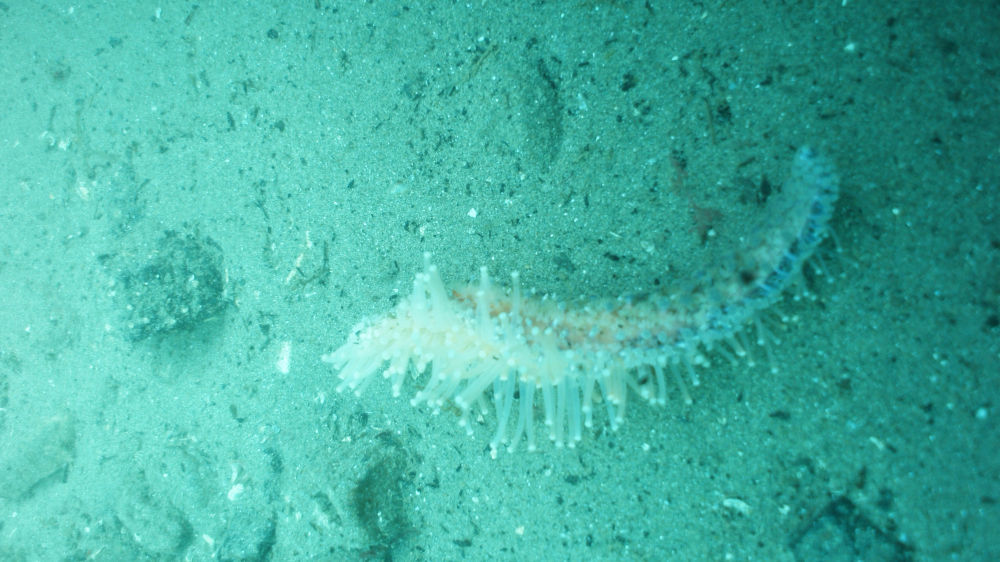 <p>One of the afflicted sea star arms documented on a recent dive off the central Oregon coast.</p>

<p>One of the afflicted sea star arms documented on a recent dive off the central Oregon coast.</p>

The mysterious disease that has caused widespread sea star die-offs in Puget Sound is now killing dozens of sea stars off the Oregon Coast.

Divers with the Oregon Coast Aquarium made the discovery during a survey last week that revealed 48 dead and dying sea stars in a 60-square-meter area in Yaquina Bay on Oregon's central coast. The symptoms of wasting syndrome were seen in sunflower stars, ochre stars and giant pink stars.

Sea stars infected with the disease physically deteriorate before they die. In some cases, afflicted arms break off from the sea star's body and walk away before dissolving completely. Scientists suspect a bacteria or virus is causing it, but they don't know for sure. Until last week, there had only been a few cases reported in Oregon.

Erin Paxton, a spokeswoman for the Oregon Coast Aquarium, says divers had been conducting surveys in the ocean off the central Oregon coast since January, but they hadn't found any afflicted sea stars until last week.

"They found, basically dead, melting animals," Paxton said. "Their arms were curling up, they had signs of lesions or arms had detached and walked away from the bodies completely."

Aquarium divers are planning additional surveys this week and next. "We just found it, so we don't know how widespread it is yet," she said. "It is concerning. The species affected are widely regarded as a keystone species in the Oregon rocky reef ecosystem. If it widely the species off our shores, that will change the entire food chain for that marine food web."

The aquarium research team is working with researchers at University of California at Santa Cruz, the Partnership for Interdisciplinary Studies of Coastal Oceans (PISCO), Oregon Department of Fish and Wildlife and the Multi-Agency Intertidal Network.

Kristen Milligan, program coordinator for PISCO, said the problem documented off the Oregon coast goes beyond symptoms that appear in sea stars from stressful environments.

"The current outbreak along the West Coast is 'true' wasting disease, meaning that sea stars have these extreme symptoms while in suitable 'healthy' habitat," she said.

This video of the recent dive survey documents some of the afflicted sea stars:

This story originally appeared through the EarthFix public media collaboration.