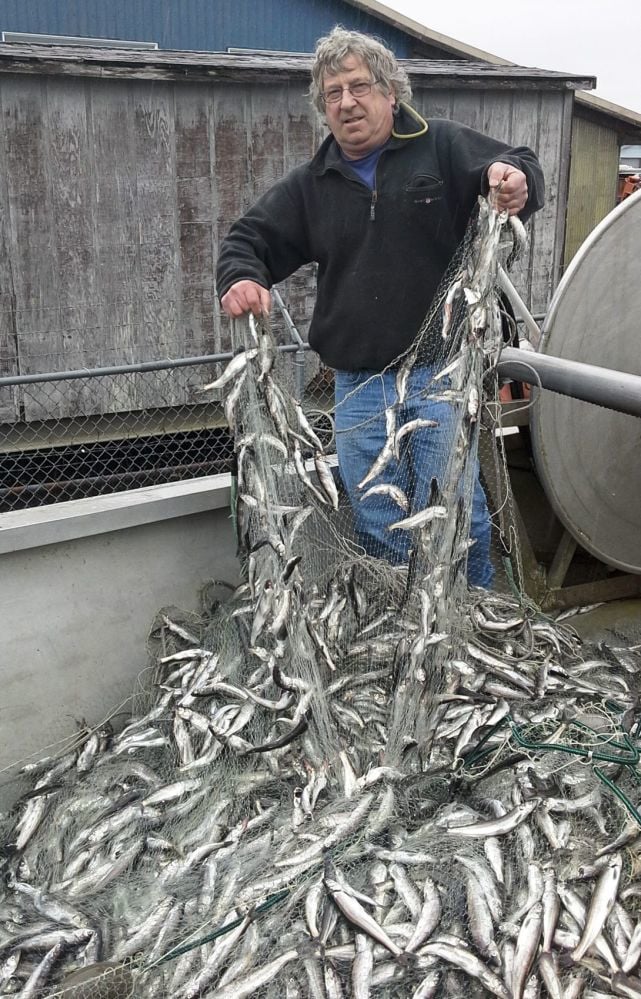 <p>Ron Neva, owner of NW Wild Products, is pictured with about 1,500 pounds of smelt caught aboard Bert Parker's gillnet boat Meagan Ann. Neva bought 200 pounds of the fish but has had trouble finding a market for them.</p> 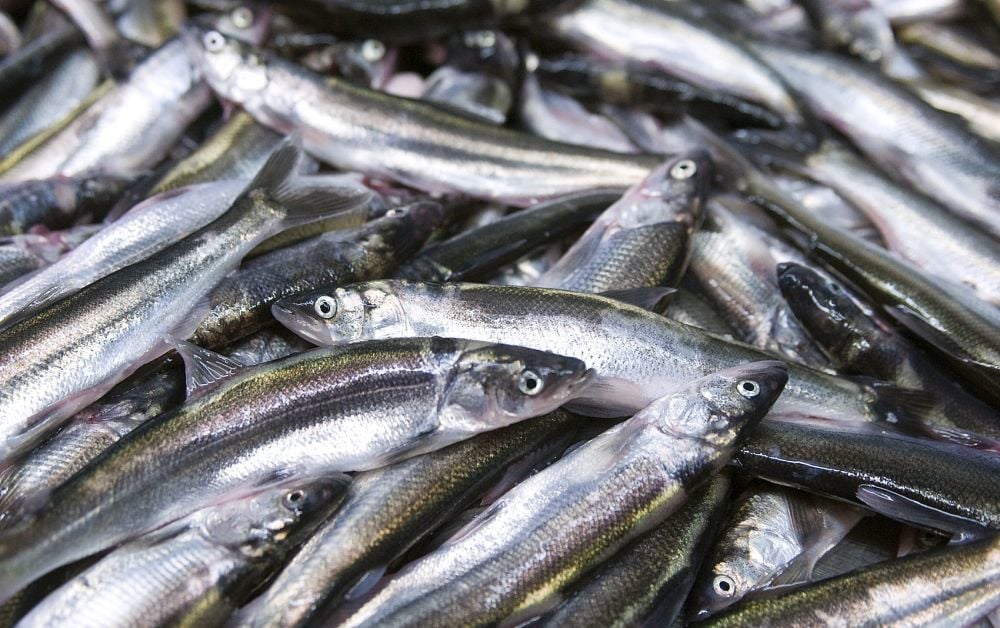 <p>North Coast seafood markets are selling smelt between $4 and $5 a pound. The fish were on the Endangered Species List in 2010 but a strong run last year on the Columbia River allowed for the the opening of a limited commercial and recreational season.</p> 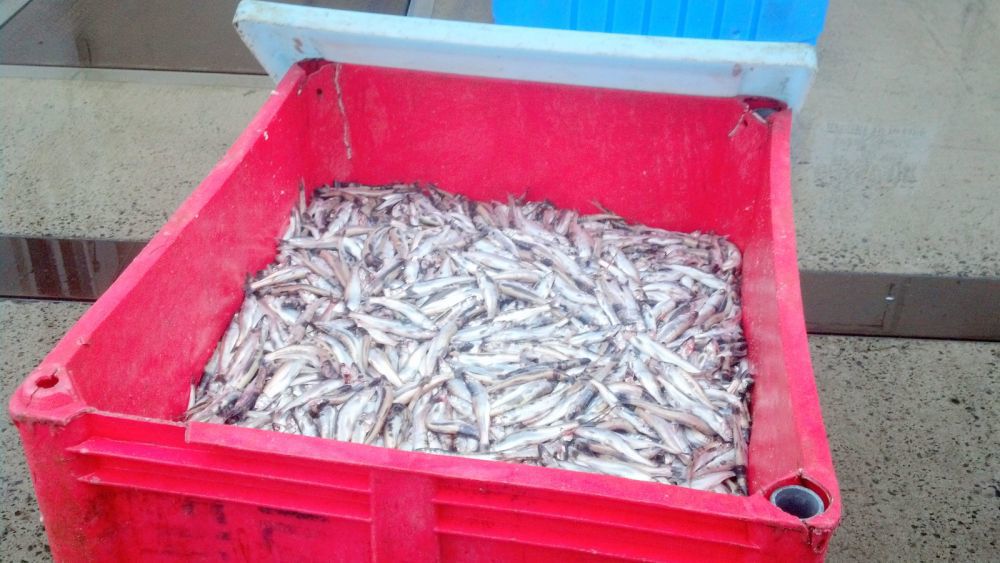 <p>On his third smelt-fishing trip of the season Tuesday, Jonathan Anderson took in about 1,500 pounds, including this tote with about 800 pounds of the small fish.</p> 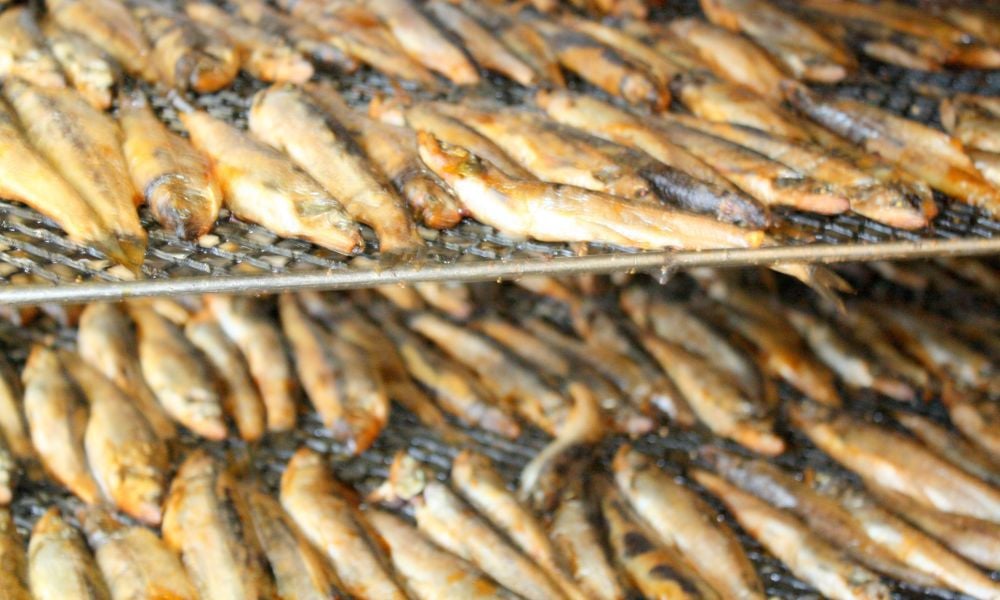 <p>Along with selling them fresh, some seafood markets are offering smoked smelt, such as these at Bell Buoy of Seaside.</p>

<p>Ron Neva, owner of NW Wild Products, is pictured with about 1,500 pounds of smelt caught aboard Bert Parker's gillnet boat Meagan Ann. Neva bought 200 pounds of the fish but has had trouble finding a market for them.</p>

<p>North Coast seafood markets are selling smelt between $4 and $5 a pound. The fish were on the Endangered Species List in 2010 but a strong run last year on the Columbia River allowed for the the opening of a limited commercial and recreational season.</p>

<p>On his third smelt-fishing trip of the season Tuesday, Jonathan Anderson took in about 1,500 pounds, including this tote with about 800 pounds of the small fish.</p>

<p>Along with selling them fresh, some seafood markets are offering smoked smelt, such as these at Bell Buoy of Seaside.</p>

Pacific smelt are back on the menu for the first time in more than three years at local seafood markets, after a recent decision earlier this month by the Oregon and Washington departments of fish and wildlife.

The small fish are more properly known as Thaleichthys pacificus, candlefish and hooligans.

On average they are 8.5 inches long, weigh 2.5 ounces, and are running between $4 and $5 a pound fresh at local markets such as NW Wild Products, Warrenton Deep Sea, Skipanon Brand Seafood and Bell Buoy of Seaside since a limited commercial fishery on the Columbia River opened Feb. 10.

It runs through Thursday.

The markets are buying hundreds of pounds at a time. At some locations, theyve been offering smoked smelt for upward of $10 per pound.

I cant find any restaurant to buy them, said Ron Neva, co-owner of NW Wild Products, about the 200 pounds he bought last week from the fishing vessel Nancy Ann, which had taken in about 1,500 pounds two days earlier.

Restaurants, he said, might be unused to cooking with the fish, because it has been on the Endangered Species List and unavailable for harvest since 2010.

They used to be the No. 1 bait for sturgeon, said Neva. Now with sturgeon (fishing) being closed, theres not many markets for them.

Some guides, such as Andy Betnar of World Class Fishing in Astoria, have bought hundreds of pounds of smelt for the catch-and-release sturgeon fishery. But most the smelt are going toward human consumption.

We havent smoked them for six years, said Terry Hartill, co-owner of Bell Buoy. Lately, though, hes been filling multiple racks in the smoker with the exceptionally soft fish, which are also often breaded, fried and eaten, bones, head tail and all.

Jonathan Anderson, who was skippering the Nancy Ann for his uncle Burt Parker, said hes gone out three times this season. The first, he caught a single smelt; the second, he took in 110 pounds; and on the third trip he took in 1,500 pounds, including the 200 for Neva.

I just looked for seagulls and kept going up the river, said Anderson, who took his catch near Rice Island using a 1.5-inch mesh net.

Anderson, who estimated about eight or nine boats fishing for smelt, said hes heard estimates that as much as 30,000 pounds of smelt will be caught by the time the fishery ends Thursday. An official with the Washington Department of Fish and Wildlife estimated that 2,300 to 13,300 pounds of smelt could be caught during the limited commercial fishery.

Since 1992, the average run of smelt, represented by commercial landings, declined by 90 percent, according to a report by Oregons and Washingtons departments of fish and wildlife. Landings averaged 20,000 pounds, or 1 percent of their pre-1993 levels, for 12 straight years, as a result of fishery restrictions in response to low abundance.

It is harder to monitor the smelt numbers, said Anthony Siniscal, a biologist for the Oregon Department of Fish and Wildlife. Our best tool for monitoring smelt numbers is having people fish for them.

A joint state report said conservation-level fisheries would provide the opportunity to gather fishery landing and pounds per landing data to help assess the strength of smelt runs in the Columbia.

Indicators for 2014 dont yet point to a declining or improving return of smelt.

Gary Soderstrom, who has been fishing smelt off and on for the last 20 years, said smelt are a case of mismanagement by the agencies. There was no reason for them to be listed, he said.

They went as far last year as writing people tickets for picking up  dead smelt off the beach.

In March 2013, reports came in of a 20-mile-long mass of smelt moving up the Columbia and near the Cowlitz River. The run last year was one of the best in a decade based on larval counts, and 2014 is expected to be similar.

The National Marine Fisheries Service identified climate change and its effects on ocean conditions as the most serious threat to smelt populations. Out of 16 major threats to smelt, commercial fishing was listed as the ninth worst, and recreational fishing 13th.

States with the populations took precautionary action after the species listing as endangered, prohibiting commercial sales from the Columbia and its tributaries starting Dec. 10, 2010. Recreational fisheries closed Jan. 1, 2011.

Soderstrom, who sells his catch to a buyer who in turn reports landings to the government, said the amount of smelt caught is based on what the market will handle.

I went out for 10 minutes yesterday and caught all the fish I could sell, said Soderstrom about fishing Thursday.

You try to tell them (fishery regulators) that its all market-related, and they wont put that in their equation. Its all market-driven, even in the 40s, 50s and 60s.

Commercial smelt fishing using 2-inch nets has been permitted from 7 a.m. to 2 p.m. for eight days on the Columbia, on Mondays and Thursdays, ending in three days. That means a potentially limited time period to find smelt in the markets.

The U.S. Department of Fish and Wildlife still lists Pacific smelt as endangered. It remains to be seen how a limited fishery will help change that.

There are also efforts to measure the smelt run by counting the number of eggs and larvae. But the fish are small and spawn out of sight, making them difficult to count. Other ventures are trying to measure runs with sonar.