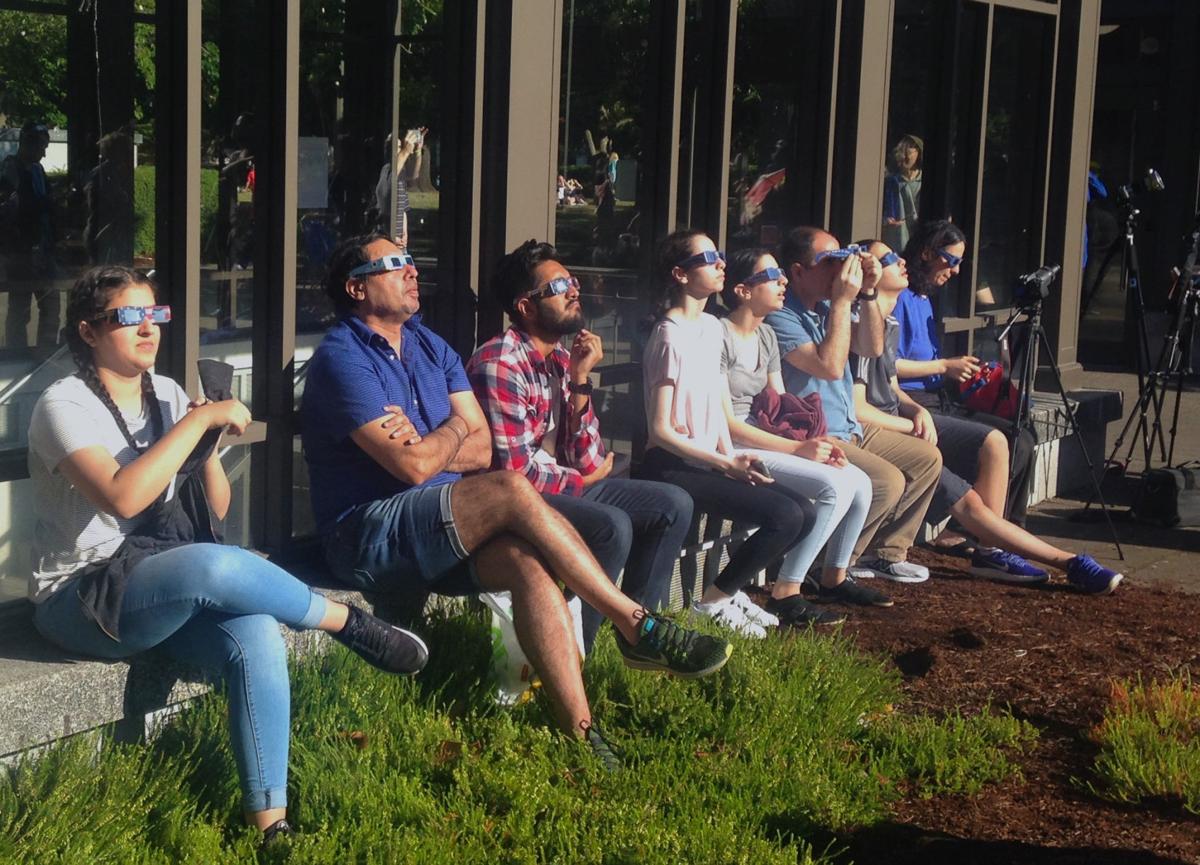 Observers of the total solar eclipse gathered on the Oregon Capitol Mall Monday. 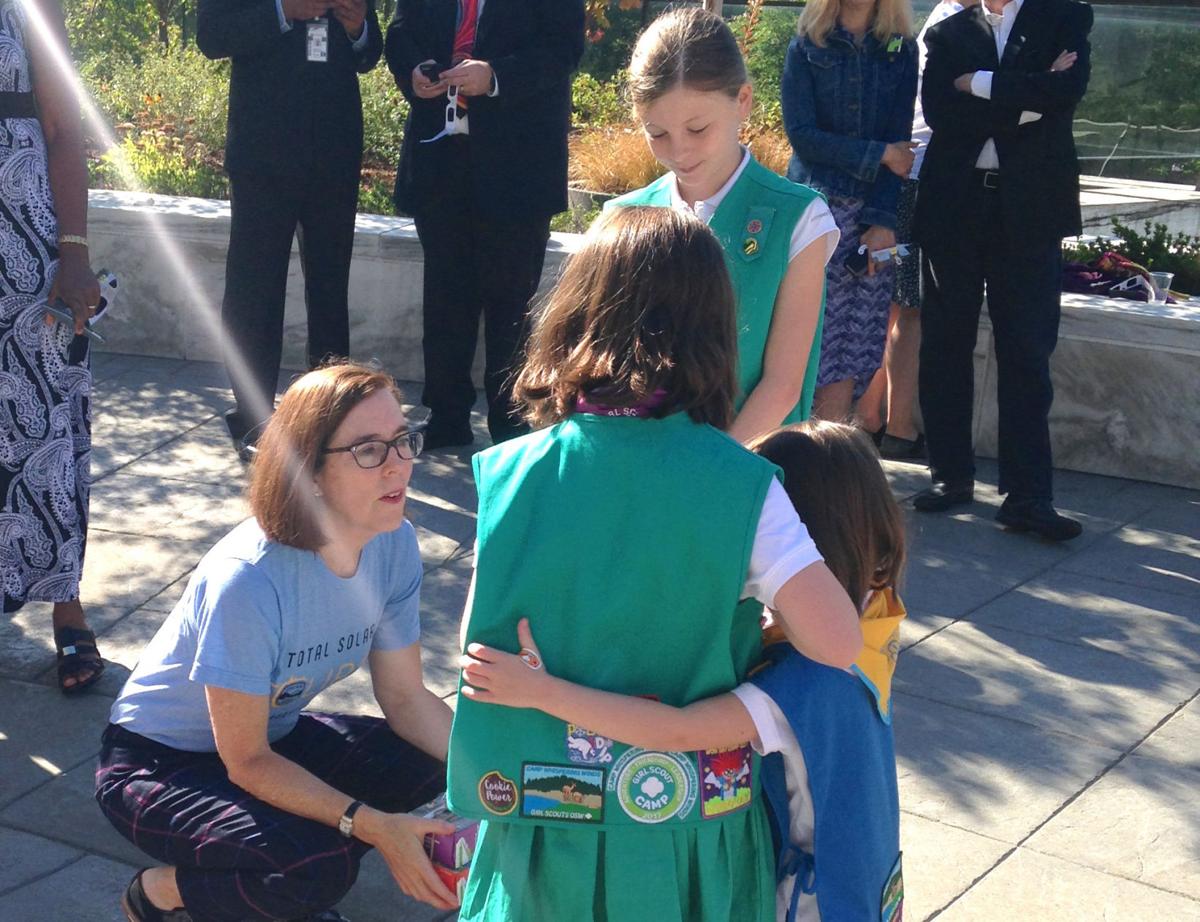 Observers of the total solar eclipse gathered on the Oregon Capitol Mall Monday.

SALEM — For about two minutes Monday morning, Oregon’s capital went dark during the first total solar eclipse to hit the continental U.S. since 1979.

State emergency managers and tourism officials had been prepping for the big event for about a year, though things seemed more subdued in Salem than some had feared.

The event did draw visitors to Salem — the first of five state capitals in the path of totality — from all over the nation and the world.

Olle Frykstam, 23, came to Salem with a group of other amateur astronomers from his home country, Sweden. At 9 a.m., just over an hour before the sun was due to be obscured, Frykstam said, “I hope for total darkness.”

He got his wish.

Gov. Kate Brown hosted a group of Girl Scouts from Salem and Woodburn and other guests — ranging from the state forester to the secretary of state — for a morning eclipse viewing party on a terrace outside her ceremonial office.

Brown said guests had converged on the capitol terrace from places as far-flung as Chile, Peru and “the state south of Oregon.”

After she was presented with a special commemorative stamp, Brown and her guests took in the eclipse.

Things grew quiet as the air cooled and the moon began to obscure more of the sun.

During the event itself, though, crowds at the Capitol Mall and nearby Willamette University could be heard making noise. The Girl Scouts screamed.

“The sun is winning!” said Secretary of State Dennis Richardson as the moon continued its journey. People applauded and cheered after the darkness lifted.

“It is a euphoric feeling,” Brown said. “It was absolutely stunning. There is no way to describe it in words.”