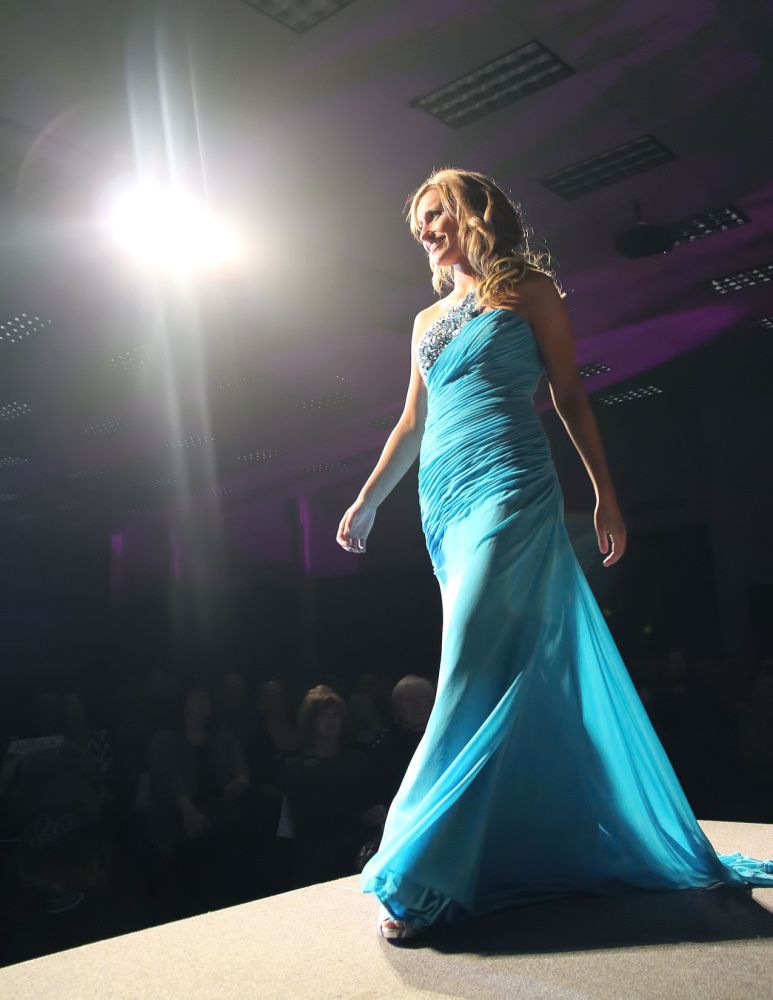 <p>Jessica Humble shows off her evening wear ensemble before the judges and the audience at the Miss Clatsop County Scholarship Program Saturday at the Seaside Convention Center.</p> 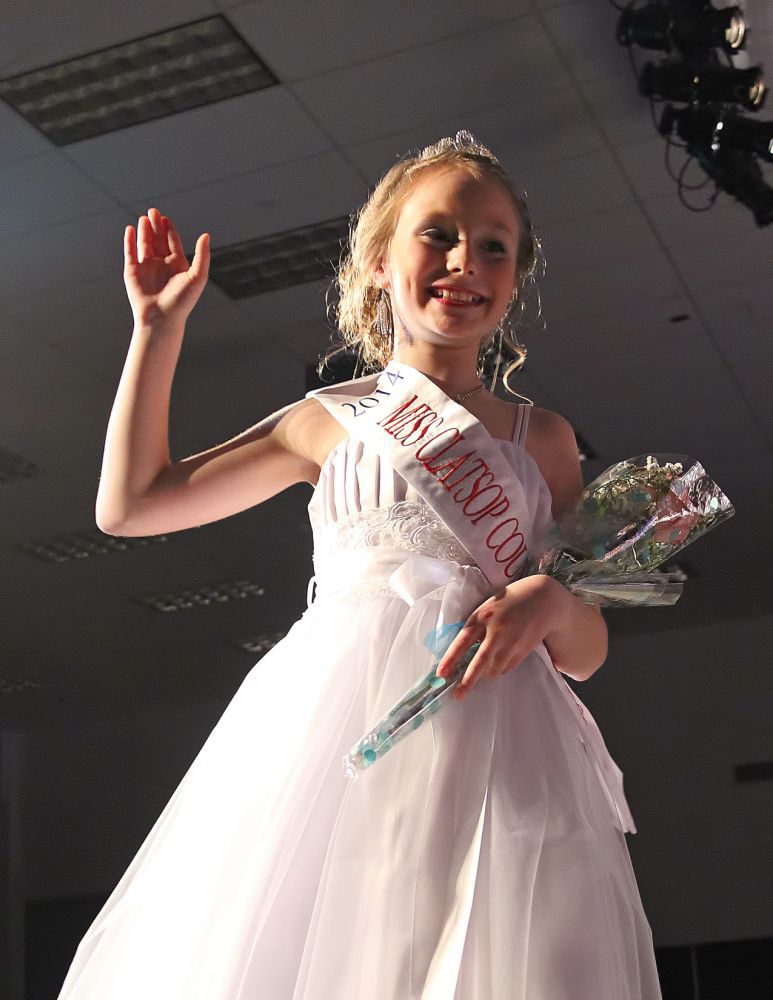 <p>Delaney Phillips waves to the audience of the 2014 Miss Clatsop County Pageant in Seaside Saturday. Delaney was randomly selected as the 2014 Clatsop County Princess, for girls younger than 13.</p> 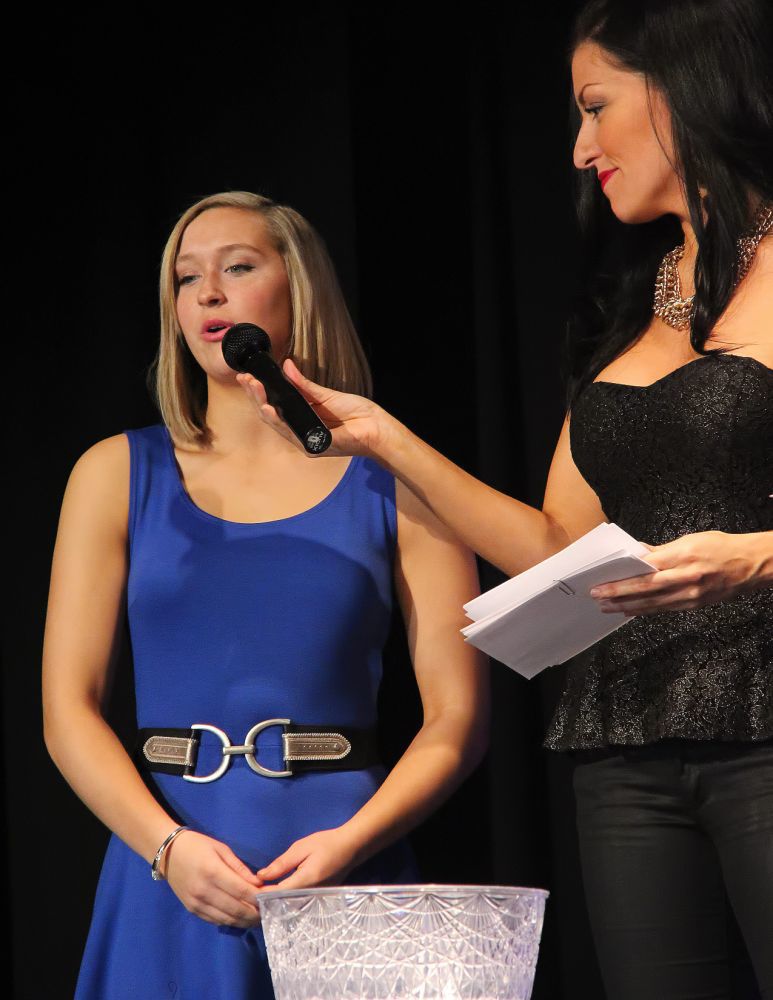 <p>Jessica Humble shows off her evening wear ensemble before the judges and the audience at the Miss Clatsop County Scholarship Program Saturday at the Seaside Convention Center.</p>

<p>Delaney Phillips waves to the audience of the 2014 Miss Clatsop County Pageant in Seaside Saturday. Delaney was randomly selected as the 2014 Clatsop County Princess, for girls younger than 13.</p>

Winner of the Miss Clatsop County title, Jessica Humble, displayed what poise, maturity, fitness and talent can do when they are put together in the right time and place.

For Humble, the right time and place was last Saturday night at the Seaside Civic and Convention Center.

I feel amazing and absolutely blessed to be standing here with these two other young women, said Humble on stage following the program. Im super-excited to compete for Miss Oregon and to represent this beautiful county.

Im really in shock right now. I cant believe it is real! said Moon, following the program. My platform is promoting safe communities: the importance of volunteer fire departments. I look forward to promoting my platform this next year.

When Broadway Middle Schools Olivia Colburn stepped on the stage Saturday night, she seemed too young to be competing in the Miss Clatsop County Scholarship Program. At 13, and a seventh-grader, she was barely old enough to compete for the Outstanding Teen title. Once the audience and, more importantly, the judges saw her, however, it was evident that she had all it takes to be a winner.

Oh, I dont know what to say, I am so excited! Colburn said following a program in which she competed against five other local teens. She showed her intelligence and ability to think on her feet in the question-and-answer portion of the pageant, but it was her nearly flawless ballet performance that wowed the crowd.

The caliber of contestants this year is amazing, both for their talent and their attitudes. While I dont personally sit in on the interviews with the contestants, the judges told me that they did exceptionally well, said Program Director Sandy Newman.

As the audience, filled with relatives of the contestants taking picture after picture of their girls on the stage, began to file out of the convention center, Newman gave each of the winners a big hug. She knows, as do the girls, that their work is just beginning.

The summer time is really busy. They do the parades, they do the fair, the Regatta. They have a lot of different events. They prepare for Miss Oregon, then they do their year of service. In the meantime they are out doing their individual platforms, she said.

The Miss Oregon pageant, to be held June 28, will be the culmination of months of preparation and hard work, not only for the contestants and for Newman, but for dozens of volunteers who help the girls fulfill their dreams.

One huge advantage the Clatsop County girls have is their pageant setting: the Seaside Civic and Convention Center.

Clatsop County has the best venue that Ive been to. Ive not been to a local program that has 500 people attend it, said Newman.

Our contestants have the opportunity to perform on the same stage that they will perform on for the state level. That is also a benefit to them. A lot of the local programs in the state take place in high school gymnasiums, churches, elementary schools  they are much smaller venues than in Seaside.

But what about the girls who dont win? After all, there are many more girls who leave the pageant feeling the pangs of losing, than the thrill of victory.

We prepare the contestants for both winning and not winning, said Newman. Ive already said goodbye to all of them. After I do a critique with the judges, I do an individual critique with each of the girls based on my observations of working with them for two months, and on the judges critiques.

Many of the girls who dont win this time will be back, while some wont. What is certain, though, is that they have all learned something about the four points of the Miss America crown: Service, Style, Scholarship and Success. While it may hurt to lose now, their lives are better for being a part of the program.