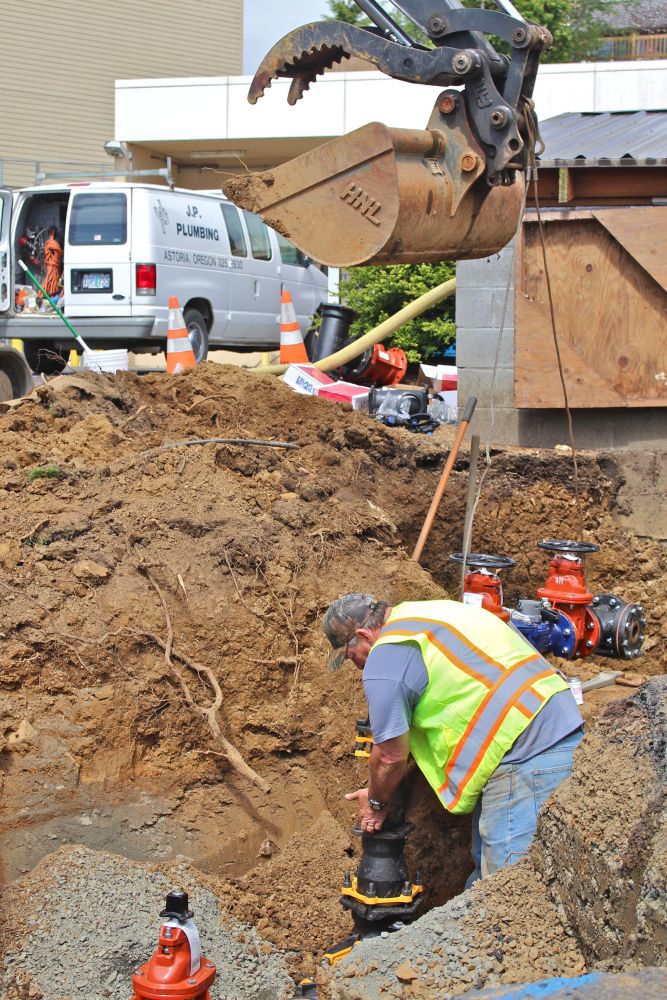 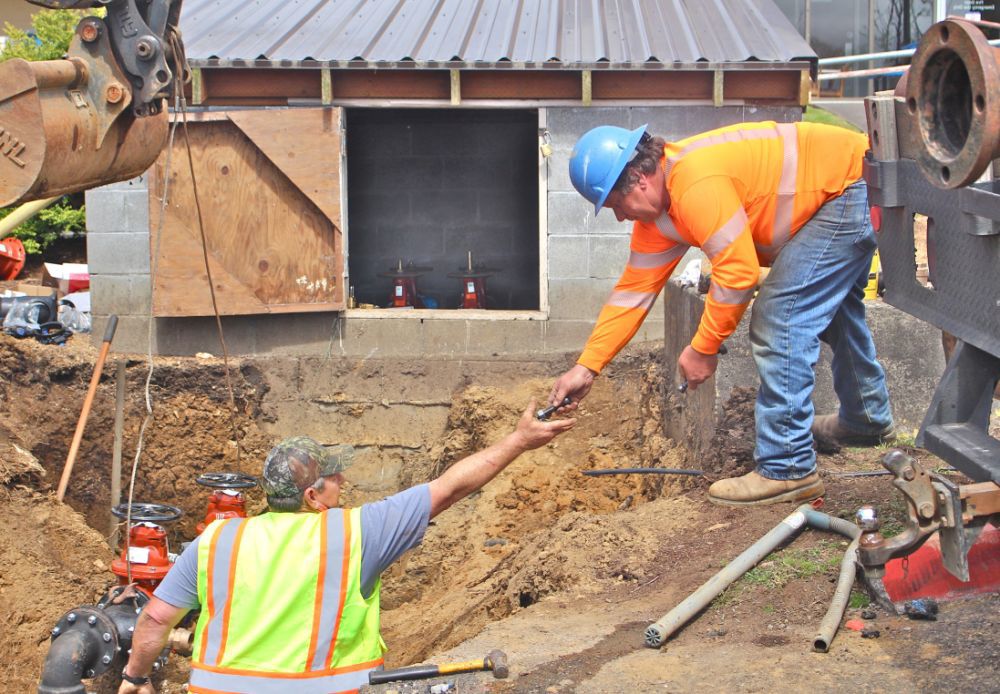 The raucous sound of power tools could be heard outside Providence Seaside Hospital last week, a noisy tribute to the building of an upgraded and more reliable domestic and fire water system for the health care facility.

Small crews from the Seaside Water Department and JP Plumbing were on site May 21 and 22 to replace the hospitals water system, which was installed in 1971.

John McKevitt, the water departments foreman, said the department identifies aging connections in the water system and replaces them as part of its preventative maintenance practice, to inhibit unexpected failures and assure reliable continuous service.

The piping itself has spent its useful life, he said, adding that the pipes had been exposed to fluctuating groundwater that caused rust.

The crew shifted the location of the piping so it would be out of the water and corrosion and last longer, McKevitt said. The site of the installation was covered with a large decorative rock to keep it from being exposed to the public.

The $8,000 project will help sustain the reliability of the hospitals domestic and fire service. McKevitt said the project was significant because the city and hospital were taking proactive measures and planning for the future.

Were taking care of these before they fail, he said.

In addition to replacing the old system, the department also identified an additional water line location that could be used for redundancy, safety and reliability. The crew built into the system the necessary valves to give the hospital the ability to add a second line in the future if desired.

Ray Cain, who works in engineering and maintenance at the hospital, said the hospital doesnt have plans to expand outside the buildings original footprint, but the upgrade was useful.

We need it for fire protection, and you cant run a hospital without domestic water, he said.

While the city worked on upgrades from the point of discharge to the street, JP Plumbing was hired to handle the installation on the customers side.

The hospitals operations and patient care were unaffected during the project because the water supply wasnt disrupted. The crews finished the project ahead of schedule.

Since water is an underground utility, it often is out of sight, out of mind for consumers, until they turn on a tap and nothing comes out, McKevitt said. Installations like the one completed at the hospital take a lot of planning and engineering, and he said he is proud of the professional work done by the citys employees.

Theyre one of the best crews Ive worked with, he said. ... I set them loose on this, and theyve shined like champions.