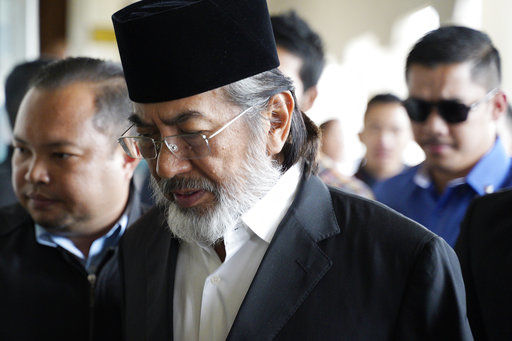 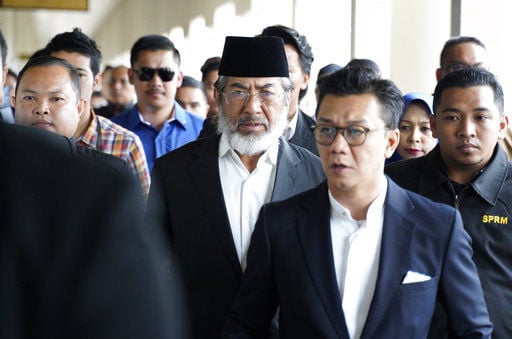 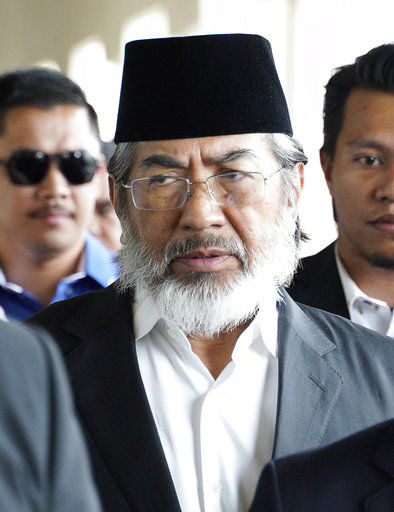 KUALA LUMPUR, Malaysia (AP)  The former leader of a resource-rich eastern Malaysian state was charged Monday with allegedly receiving bribes for the award of timber concessions amid a widening crackdown on abuse by former officials.

Musa Aman, who was chief minister of Sabah state on Borneo island from 2003 until the ouster of scandal-tainted Prime Minister Najib Razak's government in May's general election, is the latest high-ranking official to be prosecuted.

Musa, 67, was detained Monday by the anti-graft agency before being taken to court.

He pleaded not guilty to 35 counts of corruption for allegedly receiving a total of $63.3 million in Hong Kong and Singapore through proxies between 2004 and 2008 in exchange for timber contracts. He was released on bail and faces up to 20 years in jail for each offense.

Musa told reporters later that these were old cases and that he had been cleared by the previous government.

"I don't know whether this is politically motivated ... I will fight this case to clear my name," he said.

His lawyer, Amer Hamzah Arshad, said in a statement that the "timing of the charges smell of selective prosecution" because the high court is due to rule in two days on a suit by Musa challenging the legitimacy of the new Sabah government.

Sabah and neighboring Sarawak on Borneo are rich in natural resources such as oil, gas and timber but are among the poorest states in Malaysia.

Najib, his wife, his former deputy and two other ex-senior government officials were earlier charged with corruption and the government has warned that more may be hauled to court.

Najib has accused the new government of seeking political vengeance.