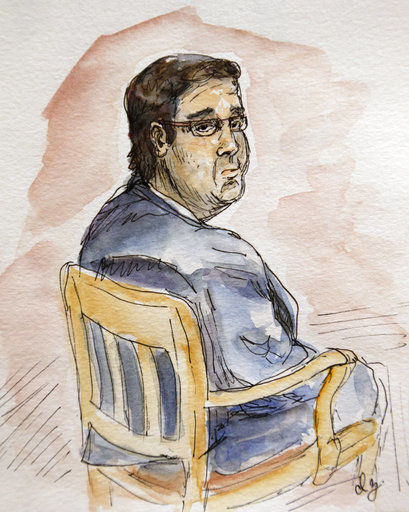 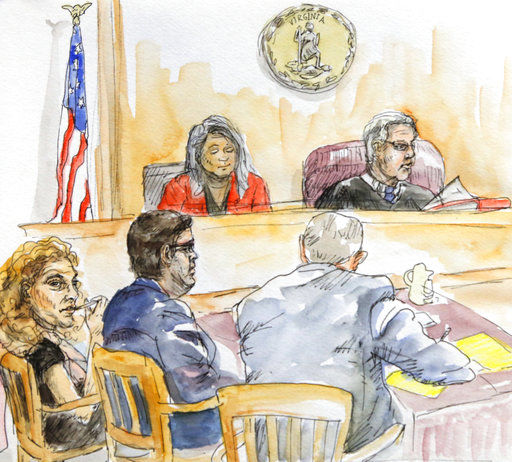 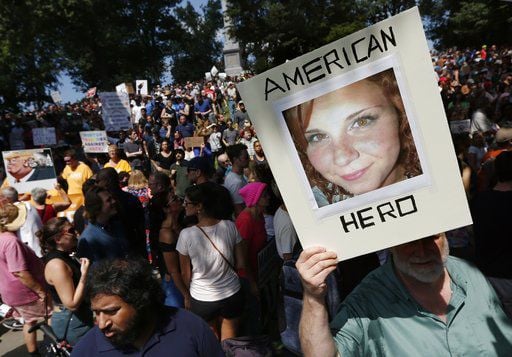 FILE - In this Aug. 19, 2017, file photo, a counter-protester holds a photo of Heather Heyer on Boston Common at a "Free Speech" rally organized by conservative activists, in Boston. Jury selection is set to begin in the trial of James Alex Fields Jr., accused of killing Heyer during a white nationalist rally in Charlottesville in 2017. His trial is scheduled to begin Monday, Nov. 26, 2018, in Charlottesville Circuit Court. (AP Photo/Michael Dwyer, File)

FILE - In this Aug. 19, 2017, file photo, a counter-protester holds a photo of Heather Heyer on Boston Common at a "Free Speech" rally organized by conservative activists, in Boston. Jury selection is set to begin in the trial of James Alex Fields Jr., accused of killing Heyer during a white nationalist rally in Charlottesville in 2017. His trial is scheduled to begin Monday, Nov. 26, 2018, in Charlottesville Circuit Court. (AP Photo/Michael Dwyer, File)

CHARLOTTESVILLE, Va. (AP)  Jurors in the trial of a man charged with ramming his car into a crowd of counterprotesters at a white nationalist rally were presented with a series of contradictions Tuesday as he was alternately portrayed as remorseful and defiant about the deadly crash.

James Alex Fields Jr., 21, of Maumee, Ohio, is charged with first-degree murder and other crimes for killing a woman and injuring dozens of other counterprotesters during a "Unite the Right" rally in Charlottesville on Aug. 12, 2017.

Prosecutors have told the jury he deliberately plowed into the crowd because he supported the white nationalists and was angry about violent clashes between the two sides earlier in the day. After the violence, police declared the event an "unlawful assembly' and forced the crowd to disband before white nationalists could deliver a series of planned speeches. The rally was organized in part to protest the planned removal of a statue of Confederate Gen. Robert E. Lee.

Fields' lawyers told jurors Fields was "scared to death" after witnessing street brawling and other violence between the two groups.

On Tuesday, as prosecutors were preparing to wrap up their case, they played a video of Fields being interrogated by investigators after the crash. Fields refused to speak to investigators and asked for an attorney. But he began to cry and hyperventilate after police told him a woman had been killed and other people had been injured when he drove his car into the crowd.

Jurors also heard two recorded phone calls Fields made to his mother from jail. In one call, Fields told his mother he had been mobbed "by a violent group of terrorists" at the rally. In another, Fields referred to the mother of the woman who was killed as a "communist" and "one of those anti-white supremacists."

Prosecutors also showed jurors a meme Fields posted on Instagram showing bodies thrown into the air after a car hits a crowd of people.

An FBI staff operations specialist who analyzed Fields' Facebook and Instagram accounts testified that Fields posted the meme publicly to his Instagram page and sent a similar image as a private message to a friend in May 2017. That was three months before he drove his car into the crowd of counterprotesters in Charlottesville.

Jurors were also shown a text message sent by Fields that included an image of Adolf Hitler. Fields sent the text to his mother days before the 2017 rally. It was a response to his mother's plea to be careful. Fields wrote: "we're not the one (sic) who need to be careful," accompanied by Hitler's image.

Charlottesville Deputy Sheriff Paul Critzer he chased Fields after he recognized his Dodge Challenger as a car described as being involved in a hit-and-run of a pedestrian. Critzer said Fields pulled over after a short chase, but then took off again. After a second short chase, Fields stopped and was arrested.

Critzer said Fields appeared calm and apologized for the crash after he put handcuffs on him.

Judge Richard Moore told the jury that the defense plans to present additional witnesses Wednesday and part of Thursday. He said the jury could hear closing arguments and begin deliberating as early as Thursday afternoon.