Ali Clark displays a Mexican sour gherkin at Big Muddy Farms, an urban farm in northern Omaha, Neb. Urban farms and community gardens have been a celebrated trend for years, but as more people look to live and work in central cities, growers says it's harder to find and remain on land now sought by developers. 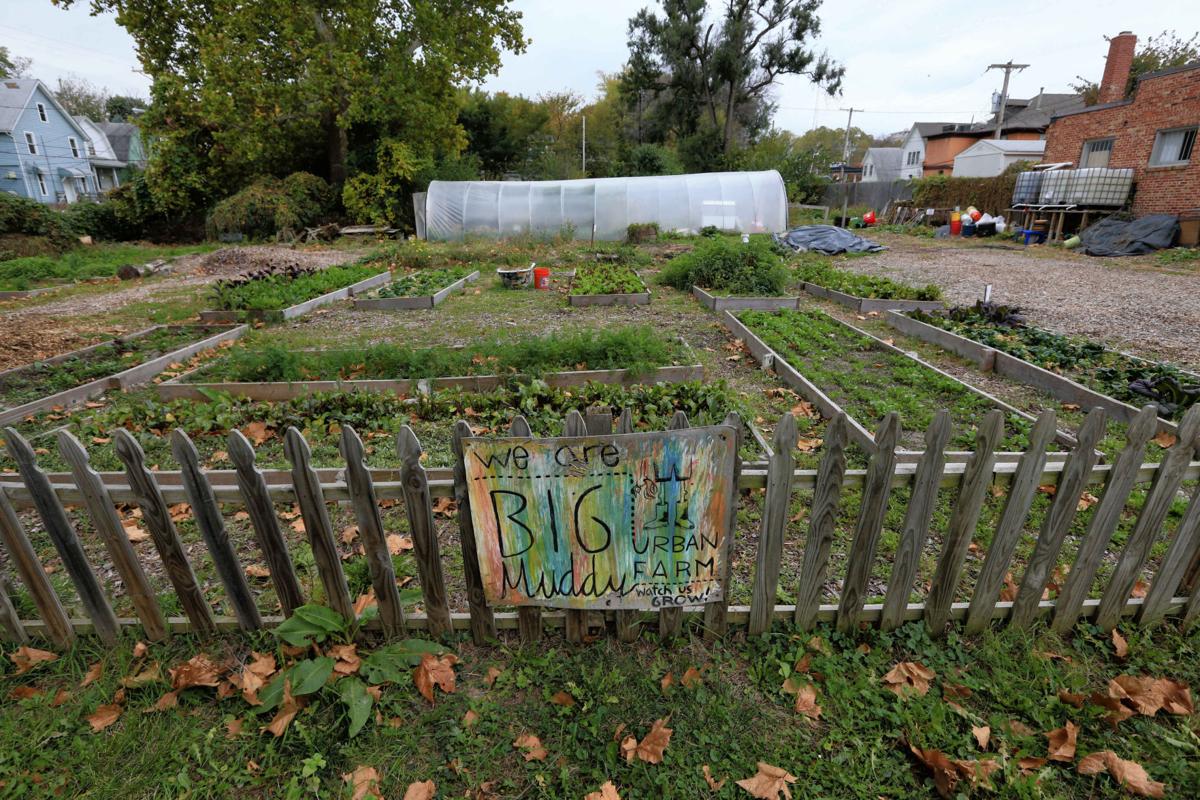 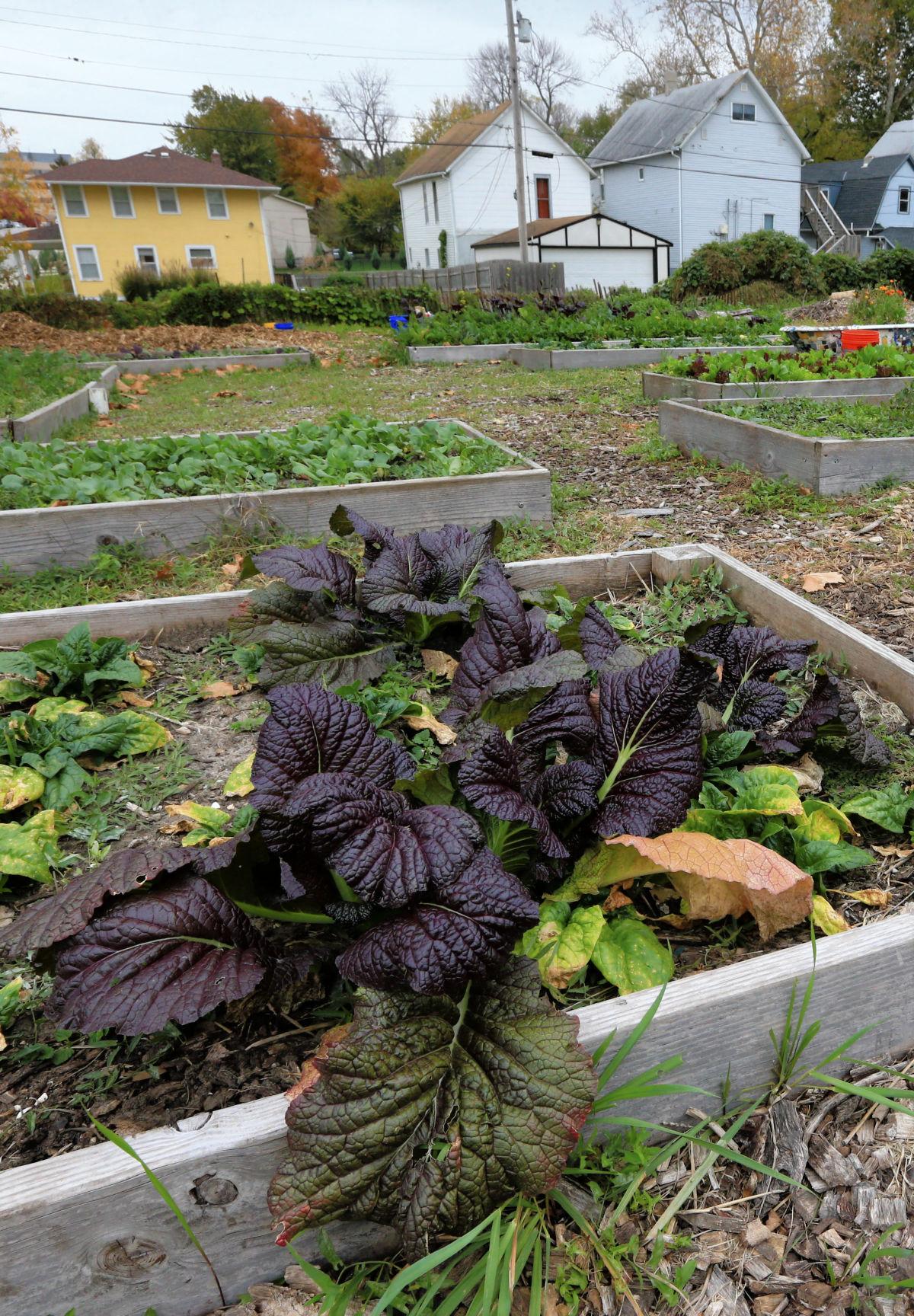 Herbs and leafy greens grow in a raised bed at Big Muddy Farms, an urban farm in northern Omaha, Neb. 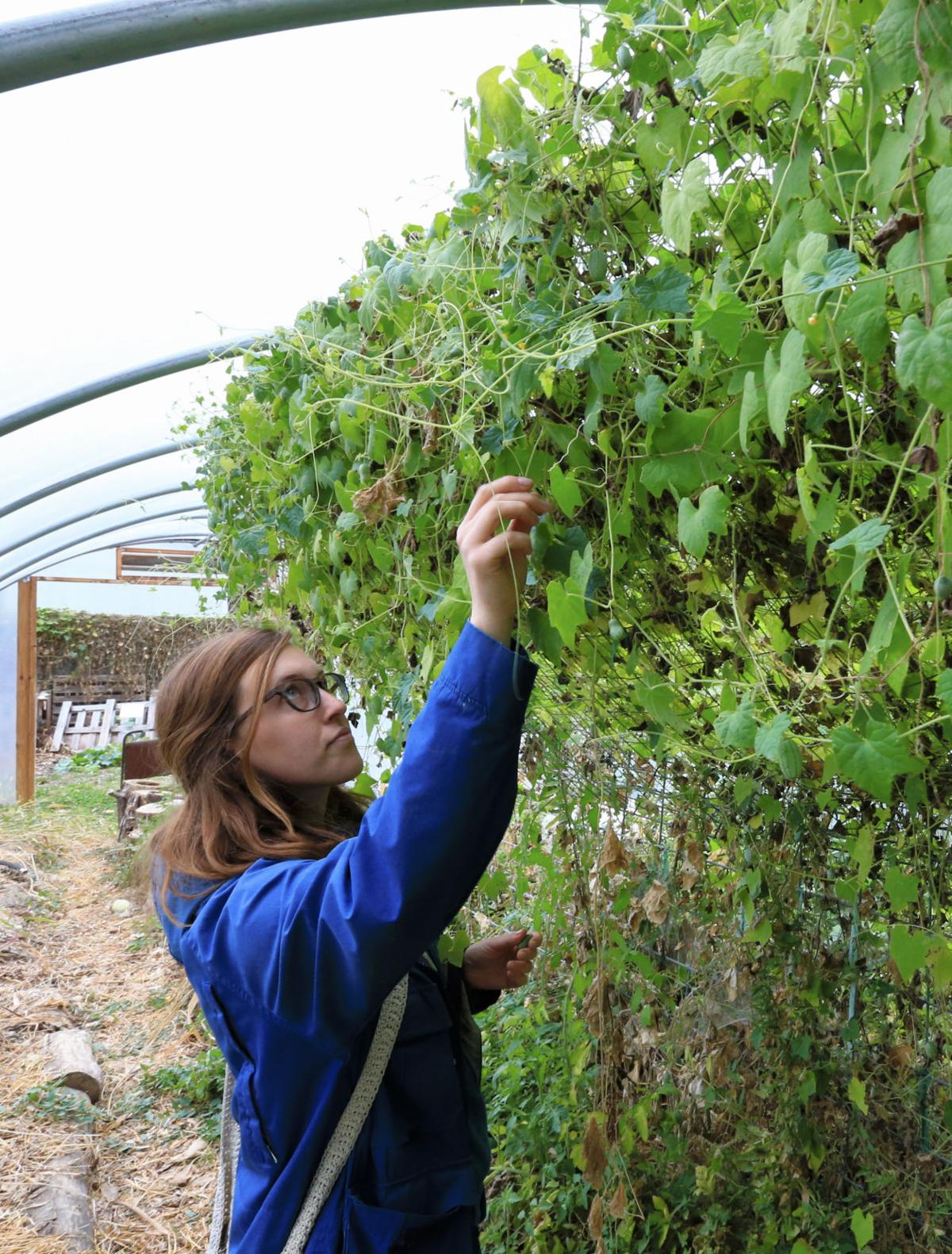 Ali Clark displays a Mexican sour gherkin at Big Muddy Farms, an urban farm in northern Omaha, Neb. Urban farms and community gardens have been a celebrated trend for years, but as more people look to live and work in central cities, growers says it's harder to find and remain on land now sought by developers.

Herbs and leafy greens grow in a raised bed at Big Muddy Farms, an urban farm in northern Omaha, Neb.

OMAHA, Neb. — After four years of growing and selling produce in the heart of Omaha, Ali Clark has become expert at yanking out her black raspberry bushes and replanting them at another site.

It’s a prickly chore Clark loathes but one she can’t avoid as her Big Muddy Farm has had to move from one vacant lot to another even though the business was thriving.

Urban farms like Clark’s are being evicted from center cities across the nation where they’ve become a much-remarked-on driver of urban revival in recent years, having brought healthy food, commerce and eye-pleasing greenery to dreary neighborhoods. During the recession, downtown landowners and leaders offered up plots for free to get new vitality on empty streets.

Now the thriving farms are being routed by another urban phenomenon: the hordes of people moving back downtown to live, which is turning green spaces into prime real estate. Plots where low-income residents raised vegetables, where community groups trained at-risk youth and where small garden businesses took root are being snapped up for construction of new apartments and townhouses.

“You have to plant as if you’re going to be there 10 years, even if you know it probably won’t work that way,” said Clark, a co-founder of Big Muddy Farm. She added, “It stinks to put in the time in an investment that doesn’t last.”

The evictions are sad but inevitable, said Amy Brendmoen, a City Council member in St. Paul, Minnesota, which recently booted an urban farm from city land to make way for housing construction. Even the most robust farms can’t earn enough to compete with a real estate development.

“You couldn’t help but smile when you went by,” she said of the ousted Stones Throw farm. “They were working so hard. You could see the harvest. It was incredible.”

No estimates exist on the number of urban farms, but their popularity soared in the past seven or eight years. Many started as community projects.

It’s unclear how many will survive. Big Muddy’s partners are hoping to hold onto their main farm, a series of raised beds and unheated greenhouses on three empty lots between a nonprofit theater and houses dating to the early 1900s.

But in Denver, Lisa Rogers last month closed her Feed Denver organization, which promoted urban farming in the booming city. The fact that the farms’ beautifying effect actually helps endanger them is a bitter pill to swallow.

“Developers will call and say, ‘We have a piece of land, can you pretty it up for two years?’ Rogers said. “As available land gets squeezed and prices go through the roof, like in Denver, it’s nearly impossible to find land and stay there.”

Even public property isn’t safe. Recently, a 6,000-square-foot nonprofit farm called GreenLeaf was evicted by the Denver Housing Authority so the land could be sold to a private housing developer. At-risk high school students worked at the farm, which is now moving next to a middle school.

In many center cities, residents are lamenting the disappearance of the farms, or their move to the suburbs.

“The drive made it a negative experience rather than an enriching experience,” she said.

The pressure for urban land is especially intense in the fastest growing cities like Houston.

In 2008, neighbors in a financially and racially mixed area just southwest of downtown signed a $1 a year lease with a property owner to turn an overgrown lot into the Midtown Community Garden.

“My goal was to get people out of their homes and apartments so they could relate to each other, and we did that,” said resident Scott Harbers, who helped set it up.

But attempts to get local government to acquire the site as a public space failed, and last year it was sold for nearly $1 million to a housing developer.

Some urban farm promoters are pushing local officials to begin setting aside plots for urban agriculture because of the health and community benefits. In the Seattle area, officials have designated portions of parks and other public land. In Los Angeles, community groups are working to encourage developers to have farming and green space designed into housing projects, including on rooftops.