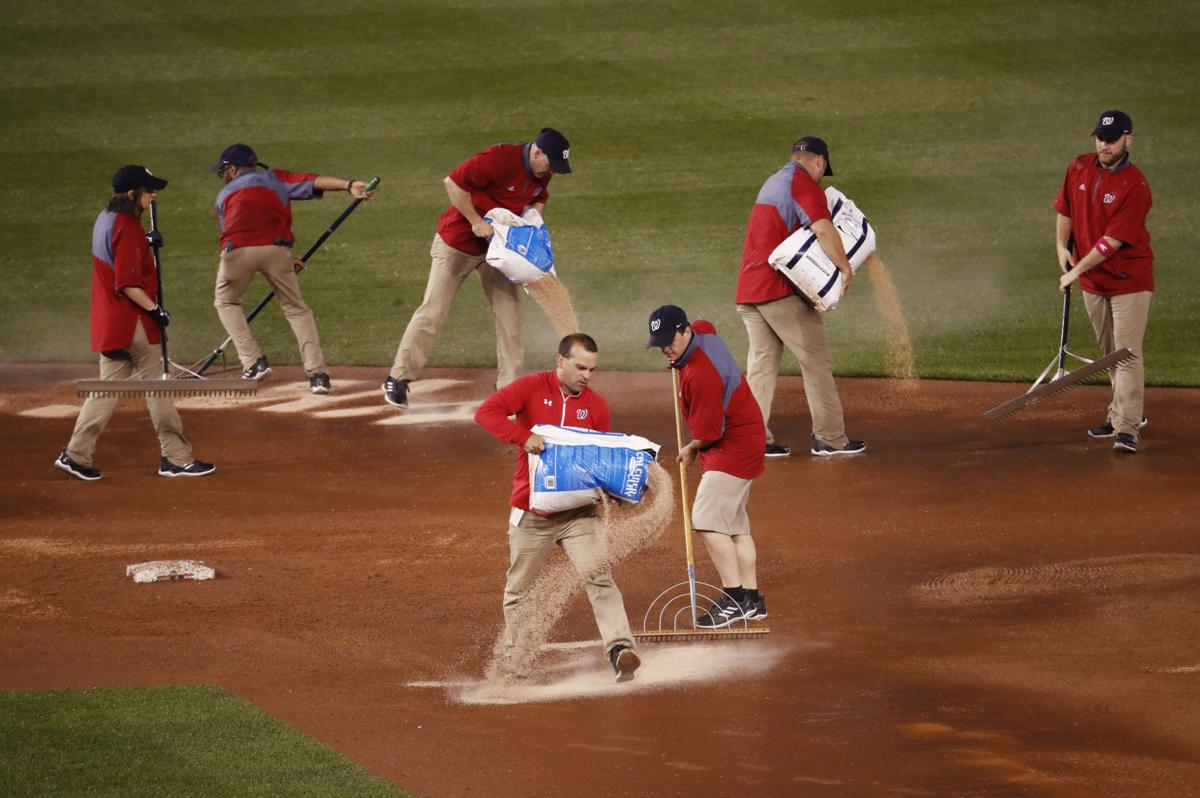 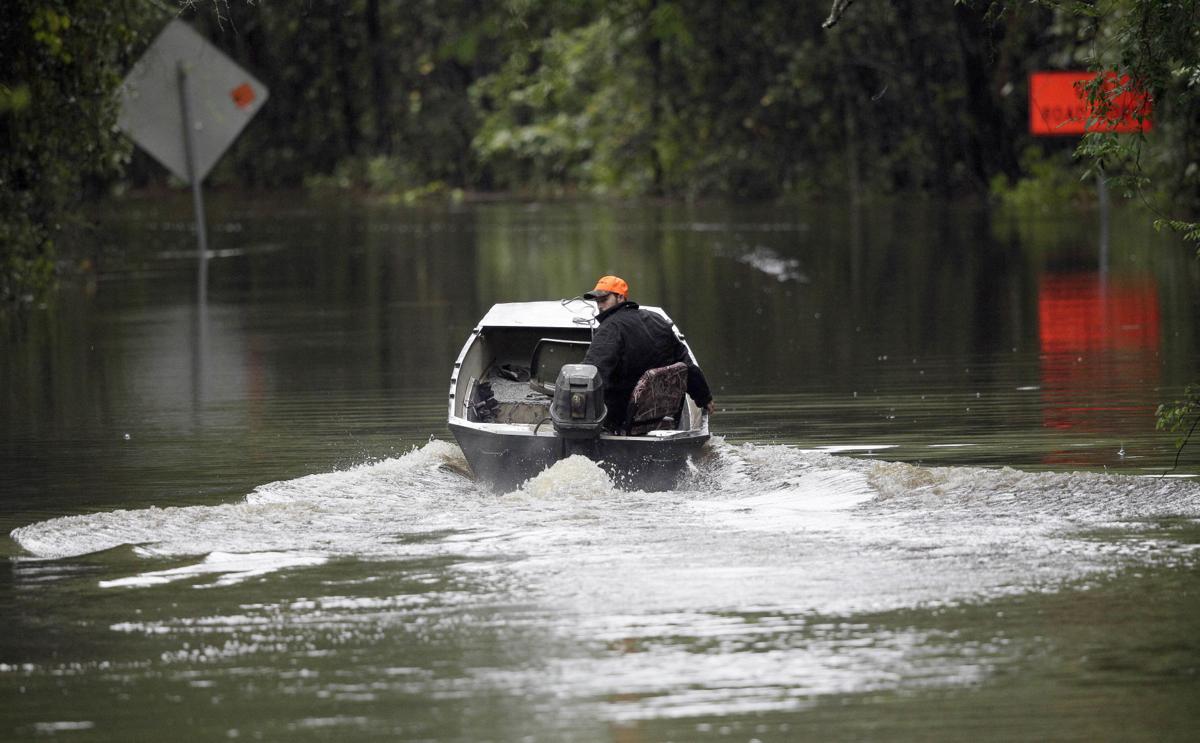 Hunter Baker drives his boat down a flooded East Black Creek Road to his home following heavy rains in Florence, S.C., in 2015.

Waves wash over a roller coaster from a Seaside Heights, N.J., amusement park that fell in the Atlantic Ocean during Superstorm Sandy in 2012.

Hunter Baker drives his boat down a flooded East Black Creek Road to his home following heavy rains in Florence, S.C., in 2015.

Waves wash over a roller coaster from a Seaside Heights, N.J., amusement park that fell in the Atlantic Ocean during Superstorm Sandy in 2012.

WASHINGTON — Make fun of the weatherman if you want but modern forecasts have quietly, by degrees, become much better.

Meteorologists are now as good with their five-day forecasts as they were with their three-day forecasts in 2005. Both government and private weather forecasting companies are approaching the point where they get tomorrow’s high temperature right nearly 80 percent of the time. It was 66 percent 11 years ago, according to ForecastWatch, a private firm that rates accuracy of weather forecasts.

That may not always be appreciated, especially if your livelihood depends on getting rain and snow amounts, and timing, just right, all the time. “They don’t know what’s going to happen,” complained Washington taxi driver Antenhe Lashitew. He makes more money when it rains or snows, so he wants them to be more precise.

He may yet be satisfied, though, because forecasts are continuing to improve. They are already good enough for Major League Baseball, which is now able to move game times around based on forecasts so you have a much smaller chance of getting soaked in the stands.

Last week, the forecast for Washington was afternoon thunderstorms on Thursday so the Washington Nationals moved their game from 4:05 p.m. to 12:05 p.m. The game got in — the Nats won — and the storms arrived on schedule not too long after the regularly scheduled start time.

“That would have been unheard of 20 years ago,” said retired Washington television meteorologist Bob Ryan, the first national on-air weatherman on NBC’s “Today” show. “If we did in the 1500s what we do now, we would have been burned at the stake as witches and warlocks.”

Ryan used to get people telling him he was never right, so he would challenge them to bets on how good his forecasts were. He’d offer to donate $5 to someone’s favorite charity for every blown forecast if they’d donate just $1 for every one he got right. No one took him up on the offer.

Better forecasts are partly the result of more observations taken in the air and oceans and better understanding of how weather works. But it’s mostly bigger and faster computers that put it all together in complex computer models that simulate the weather that may be coming tomorrow, next week and even later in the month, meteorologists said.

The improvements are most noticeable during Atlantic hurricane season, which starts Thursday.

Hurricane forecasts were twice as good last year than they were in 2005, when the National Hurricane Center predicted the paths of 28 storms, including Hurricane Katrina. Then, predictions where a storm would be 36 hours out were accurate within 97 miles. Last year, they were about that accurate 72 hours before a storm hit.

And while coastal residents may want the hurricane center’s so-called cone of uncertainty to shrink even more, former hurricane center director Rick Knabb said it’s gotten so small it’s a problem the other way. People look at just the forecast track of the eye of the storm and they trust it. But then they don’t heed warnings about how dangerous conditions can extend for more than 100 miles beyond that line on the screen and they get in trouble, said Knabb, now an on-air analyst at The Weather Channel.

• Last year, the National Weather Service five-day forecasts were within 4 degrees of the high temperature. That’s as accurate as 2005’s three-day forecasts and a full degree better than the 5-day forecasts of 11 years ago.

• Forecasters have predicted some dangerous extreme events coming about a week ahead of time, including Superstorm Sandy in 2012, 20 inches of rain in South Carolina in 2015 and a 2016 East Coast blizzard, in ways they could never have done before.

When it comes to parsing where it’s going to snow instead of just rain or sleet, things get trickier. And when that line between snow and rain moves by only a couple dozen miles it can make a huge difference. This came up after last winter’s blizzard when New York and New Jersey officials blasted the weather service for not dialing back on forecasts of a giant snowfall that ended up hitting further west. Problems with that forecast were compounded by the way the storm’s uncertainties were communicated to the public — or in this case not — meteorologists said.

Meteorologists mostly credit complex high-resolution computer models that take in giant amounts of real-world data from satellites and elsewhere and use physics formulas to crunch out countless simulations of what’s going to happen next. As those are compared, cross-referenced and run again a clearer picture of future weather emerges.

Louis Uccellini , now director of the National Weather Service, recalls that 40 years ago he and colleagues at NASA celebrated when its computers hit the 1 million calculations per second mark. In about a year, the weather service forecast will be about 4 billion times faster, he said.

The computers require more and better data, which has come from “an explosion of additional satellite based observations,” Franklin said. These give a better picture of what’s happening over remote polar and ocean areas, where meteorologists often had blind spots. They also provide better wind and moisture measurements.

The weather service is developing two national general forecasts — temperature and rain and snow — for up to a month in advance. And while the rain and snow one is still considered experimental, they are public .

But better forecasts, and ones that peer further into the future, generate another problem for meteorologists, and maybe a harder one: Explaining the risks and uncertainties of weather to people who want definitive answers.