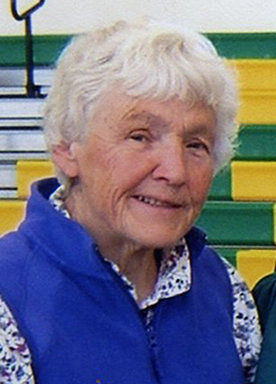 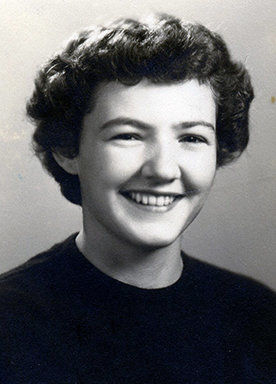 The second child and only daughter of Charles Edward and Alice Collins Hodges, Alice Collins Turina was born Nov. 29, 1932. She was born and raised in Portland, attended Holy Child, and was a Gamma Phi at the University of Oregon.

Turina has been a resident of Astoria, Oregon, since 1964, when her husband, Pat, moved the family there to help build the Astoria-Megler Bridge.

After her divorce in 1968, Alice was a role model as a single mother. Her seven children were aged 2, 5, 8, 10, 12, 13 and 14. For five years she worked various jobs to provide for them. She was a bookkeeper, dishwasher, secretary at Clatsop Community College, and physical education instructor at Tongue Point Job Corps. She taught herself upholstery, and then taught upholstery classes at Clatsop Community College. She managed to keep the family well provided for in the large classic home at 1656 Irving St.

In the summer, she would load up the station wagon with her children, tie camping gear on top of the car, and take the family camping on the banks of the Nehalem River.

Turina loved clam digging. She would wake her children just before the break of dawn to catch the low tides for digging razor clams. Even her youngest children would dig with her. She continued this tradition with her grandchildren.

She loved being with children and playing games, singing silly songs, and making quilts for each of her grandchildren. Her favorite movie was “The Sound of Music.” Family was very important to her.

After five years of being single, she fell in love again. Charles Turina won her heart, and they married in June 1973. Charlie was her sons’ basketball coach at Star of the Sea.

Alice had a generous heart when it came to serving the needs of those less fortunate in her community. She and her husband, Charlie, (who passed in 2001) started St. Vincent DePaul Food Bank in Astoria, which continues to serve the community.

She received an award as one of the top 100 Most Influential Women of Clatsop County.

Contributions can be made to St Vincent de Paul Food Bank.

Our recitation to the holy rosary will be held Feb. 3, 2018, at 10:30 a.m., followed by a Mass of Christian Burial, at 11 a.m., at St. Mary, Star of the Sea Catholic Church in Astoria. A reception will follow at St. Mary’s Leahy Auditorium and Turina Gymnasium in the Star of the Sea School building.

A private graveside service will be held at Greenwood Cemetery in Astoria, Oregon.

Caldwell’s Luce-Layton Mortuary is in charge of the arrangements. Please sign our online guest book at www.caldwellsmortuary.com