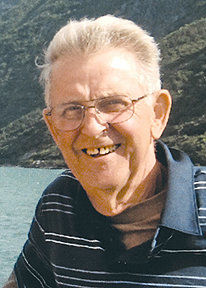 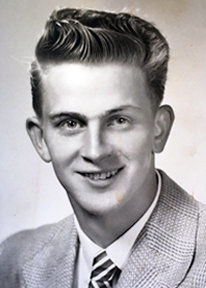 A longtime resident of the Nehalem Valley, Jack was born on Sept. 18, 1935, in Portland, Oregon, to his parents, Fay (Raymond) and Lawrence Reierson of Elsie. He grew up on the family’s homestead on Humbug Creek near Camp 18, graduating from Jewell High School in 1954.

In 1956, he married Helena Hanthorn. The Reiersons settled in the Jewell area, raising four children. Jack was a timber faller for more than 40 years, working for several logging operations and owning his business, Reierson Contract Cutting Inc.

Jack enjoyed the outdoors, and was an avid hunter and fisherman. He also enjoyed sports, coaching Babe Ruth League, cheering for his grandchildren at their various sporting events, and attending many baseball games. Jack was a voracious reader and family historian. Over the years, Jack traveled to many places, including Mexico, New Zealand and Norway.

He and Helena enjoyed many road trips, visiting national parks and extended family. They also attended and hosted family reunions, including the annual Reierson Camp-Outs located throughout Oregon. Jack and Helena celebrated their 50th wedding anniversary in 2006.

Jack is survived by his son and daughter-in-law, Lenny and Vickie Reierson of Medford, Oregon; his daughters and sons-in-law, Teri and Lee Banta of Astoria, Oregon, and Tami and Don Doyle of Clatskanie, Oregon; his brother, Lawrence Reierson of Monterey, California; 10 grandchildren, Erin, Sean, Jodi and Casey Doyle, Jake,

Josh, Cole and Chance Banta, and Bobbi and Sarah Reierson; and one great-granddaughter, McKinsey McDonald. He is preceded in death by his wife, Helena; his son, John; and his sisters, Lena Metzler, Nellie Ober, Millie Storie and Ruby Kliever.

A rosary service will be held on Aug. 20, 2016, at Our Lady of Victory Catholic Church in Seaside, Oregon, at 10 a.m., with a funeral service at 10:30 a.m. A graveside burial will be held at 1 p.m., following the funeral, at the Elsie Cemetery. A reception will then be held after the graveyard service at Camp 18, around 2 p.m. The public is welcome.

Hughes-Ransom Mortuary & Crematory in Seaside is in charge of the arrangements. Visit www.hughes-ransom.com to share memories and sign the guest book.