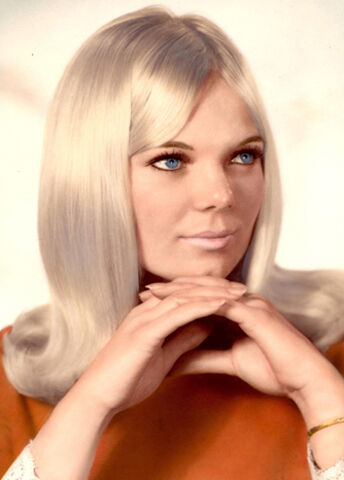 To plant a tree in memory of Maria Turner as a living tribute, please visit Tribute Store. 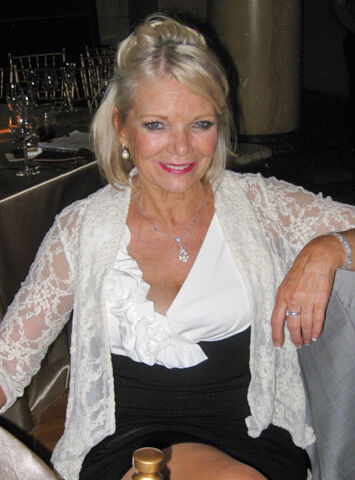 She was born in Ruotsalo, Finland, on June 30, 1949, to Kalle Valio and Elsa Lydia (Palo) Rautio. Born blonde, with a sunny disposition and living up to her middle name, which means sun or day, she brightened all of our lives.

In January 1955 the family immigrated to the U.S., settling in Astoria. Maria had a happy childhood growing up in a close-knit family with two sisters.

It was a family who worked and played together. She was an active, energetic child who loved being outdoors. She adored animals and had many pets over the years, including her precious cat “Blue.”

She developed her work ethic early, as she was expected to do chores, masked as fun, by her mother. The values of craftsmanship, quality and hard work were instilled in Maria at an early age, when the family built their home from the ground up. At 15, she landed her first job so she could earn her own money and further her independence.

Maria attended Lewis and Clark Consolidated School and graduated from Astoria High School in 1967. There, she made many lifelong friends, and never missed a reunion. She briefly attended Clatsop Community College in Astoria before transferring to Oregon State University, where she received a bachelor’s degree.

It was at Oregon State where she met her husband, Ritchie M. Turner II. She claimed it was love at first sight. They were married at Zion Lutheran Church in Astoria on Sept. 3, 1972, eventually settling in Anchorage, Alaska, where their two children were born in 1975 and 1976.

Ritch was drafted into the service in 1972, both relocating for a time to Selma, Alabama, where he entered the officer and pilot training program at Craig Air Force Base. Maria became a proud military wife, while Ritch trained on different aircraft. After his discharge, he continued flying in the Alaska National Guard for many years, in addition to his civil engineering duties.

Maria remarked that her education in secretarial science really paid off, as she easily secured employment with several prestigious companies in Alaska, including the Anchorage Westward Hotel, Chugach Electric and NANA Development Corp. Inc., all while taking care of the home front.

At 33, she was widowed with two young children to raise. She moved to Portland in 1983 to be near family. Maria was tested to the limit, but succeeded in supporting herself and her children by working hard and channeling her Finnish “sisu” (i.e., guts, determination, resilience).

She became a medical transcriptionist and worked in the field for over 30 years. From typewriter to computer, she adapted to ever-changing technology with an aptitude for learning new programs, software and report types.

Bilingual with a very sharp ear, Maria was gifted with a natural ability to quickly discern complex terms, frequently dictated by doctors with a heavy accent. These talents, as well as an unwavering attention to detail, served her well at Cedar Hills Hospital, Medical Consultants Northwest Inc. and Providence, retiring from the latter in 2018 with 22 years of tenure.

In 1989, Maria remarried, doubling the size of her family. She and her new husband, John R. Lowe, made many trips to Hawaii over the years where he surfed, and Maria soaked up the sun. The family enjoyed rafting, skiing and taking in a Beavers football or basketball game. In 1996, they parted ways.

Maria had many interests, and always challenged herself to try something new, whether it was training for a marathon, learning to ride a motorcycle, improving her skiing technique or perfecting art and photography.

She was also the consummate environmentalist, finding creative ways to reuse items, recycle and locate articles with the lowest carbon footprint. She could go many months without curbside pick-up.

Tracing her childhood roots back to the kitchen, she loved a good dining experience and often needed a little nudge to get her order placed. While the food was usually excellent, it was the people who made the meal. This was a testament to deep connections forged with friends and family, as well as a genuine interest in people she may have just met.

Her home was her sanctuary, a reflection of all the things she enjoyed — books, family photos, souvenirs and nostalgic items lovingly saved.

In 2009, Maria was diagnosed with ovarian cancer. She met this challenge like she did other obstacles in life. Despite knowing her cancer was incurable when it returned two and a half years after diagnosis, and enduring numerous treatments over 11 years, she lived her life to the fullest and rarely complained.

She was a beautiful girlie girl on the outside but a warrior woman on the inside! In the last 10 years, she was able to travel the world quite extensively, and enjoy her family at the coast and in Wyoming.

She adored her three grandsons, and was a beloved aunt to her nieces and nephews, a loving sister and a dear mother. They will always remember her sparkle, infectious laugh and warm hugs.

She never lost her childlike wonder and appreciation for nature and the simple things in life. She felt blessed, and often quoted her mother who, in her Finnish accent, encouraged her by saying, “By the help of ‘Got’ we make it!”

Maria was preceded in death by her husband, Ritchie Turner II, and her parents, Valio and Elsa Rautio.

Maria is survived by her children, Ryan Turner (Shannon) and Renee Turner; grandsons, Kyle, Jacob and Charles Turner; sisters, Liisa McKamey (Richard) and Eija Helen Stevenson (David) and their families; and many cousins in Finland.

Burial will take place at Finley-Sunset Hills in Portland, with a memorial service planned for summer 2021.

Maria would appreciate any memorial contributions in her honor to be made to the Sierra Club (Oregon chapter) or DoveLewis.

To plant a tree in memory of Maria Turner as a living tribute, please visit Tribute Store.
+1
Plant a tree
+1