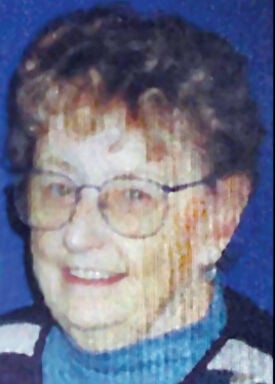 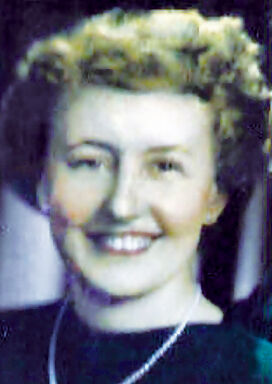 “Pat” Mina McEwan, during a slow period many years ago at a horse show in Vancouver, British Columbia, handed her young son a bill from her pocket and told him to go have fun. He took off, looking at the rides that cost $1 each. Then he took a look at the bill in his hand, and was shocked. It was a $20.

Pat McEwan, who passed away peacefully on Nov. 29, 2020, at the age of 93, lived life by a set of no-nonsense rules. But as her family would keep learning, just like that day at the horse show, she gave generously. For a lifetime.

She was born in The Dalles on July 8, 1927, to Raymond and Susan (Prindle) Dukek. She graduated as valedictorian of Condon High School in 1945 and went on to become a beautician at Meier & Frank in Portland.

It was after moving to the coast that Pat met her husband, Robert McEwan, at the Wave Crest lunch counter in Cannon Beach. The two married in Carson City, Nevada, on Oct. 17, 1950, and chose to settle down in the town of Gearhart. They founded Bob McEwan Construction in May 1956, eventually selling it to their son, Mike, and his wife.

Pat was an accomplished seamstress who sewed wedding and prom dresses, even upholstering car seats. She was a skilled baker and heavily involved in her church. She was a fan of Coca-Cola, Glenn Miller, wrist watches and hair curlers.

She was painstakingly organized. She was known to speak her mind. But most of all, she was a dedicated mother and grandmother who spent many weekends on the road at horse shows.

Pat was preceded in death by her brother, Raymond. She is survived by her husband, Robert; their two children, Mike McEwan and Mary Jean Wilson; seven grandchildren; and eight great-grandchildren.

Services will be held at a later date.

In lieu of flowers, the family has requested that remembrances be made in the form of contributions to the Alzheimer’s Foundation of America or to Camp Kiwanilong Summer Youth Program, P.O. Box 128, Warrenton, OR., 97146.