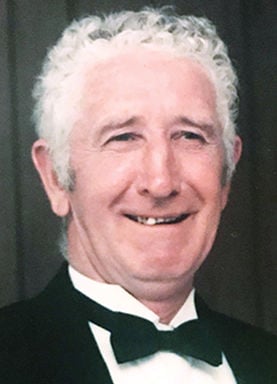 To plant a tree in memory of Walter Burke as a living tribute, please visit Tribute Store. 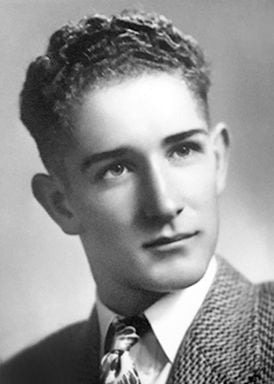 Ab was born Nov. 16, 1928, in Brooklyn, Washington. Ab was the fifth of seven children born to Walter and Grace Burke. Ab grew up on the family-owned dairy farm in North River, Washington, and graduated from high school in 1947 from North River High School.

Ab attended the University of Washington for a short time until joining the Army in 1948. Ab served in the Army Escort Services from July 1948 to November 1951 during the Korean War, and was recruited to play baseball and basketball for the Army.

Ab found happiness in the outdoors and in his home with friends and family. Ab found great joy visiting and spending time with his grandkids and great-grandkids.

He was an avid hunter, fishermen, clammer and golfer, and enjoyed gardening. Another one of his favorite pastimes was beach combing with longtime friend Ben Olson. Ab and Ben must have collected a thousand glass floats over the years.

The Burkes welcomed visitors almost daily and entertained with conversation over coffee.

Ab was a retired Seaside volunteer fireman and lifetime member of the American Legion Post 99 and Seaside Elks.

Graveside services are at the Burke Family Cemetery in Brooklyn, Washington, on Jan. 18 at 1 p.m.

A celebration of life will be held at the American Legion in Seaside, Oregon, on Feb. 1 from 2 to 4 p.m.

To plant a tree in memory of Walter Burke as a living tribute, please visit Tribute Store.
+1
+1