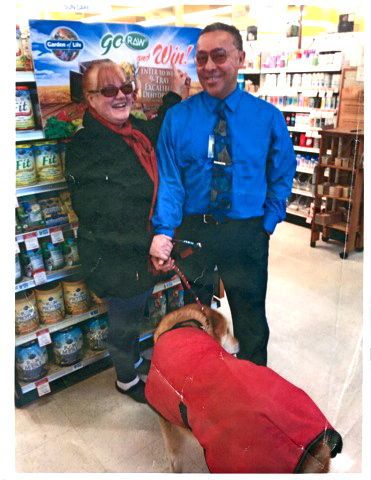 Column: Celebrating with Dorothy Boyle; a suggestion for Gearhart’s elk 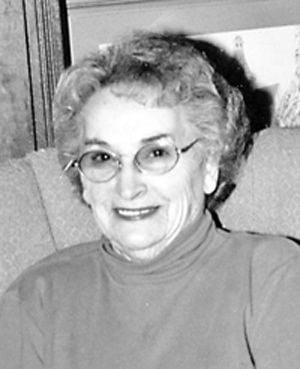 Column: Celebrating with Dorothy Boyle; a suggestion for Gearhart’s elk

Not long ago I met Cindy and Virgil Ruiz and their service dog, Ruby, at Safeway.

By a draw, Cindy had just won a nine-tray Excalibur dehydrator valued at $350 at New Seasons Market, Orenco Station. I never heard of that place, but I think it might be in Hillsboro. Mr. and Mrs. Ruiz live in Cannon Beach. Ruby is the most beautiful dog  a golden lab with big brown eyes and the sweetest smile. One cant help but fall for her. Congratulations to Cindy on her win.

On Saturday, April 5, the friends and family of Dorothy Boyle helped her to celebrate her 100th birthday at the Astoria Golf and Country Club. The place was full of friends and relatives. We began at 3 p.m. with everyone circulating and paying respects to the honored guest. I was surprised to see several people I knew.

Dorothy was in high school the same time as my brother, Tommy, who would have been 99 on April 20. There was a fabulous buffet with lots of good things to eat, plus two kinds of cake.

I saw Alan Batchhelder and his wife; they live in Astoria now. Kim Pyburn and her husband, pastor of the Pioneer Presbyterian Church, were there. Mayor Willis Van Dusen passed through. There were the Lums and Shirleys mother, Cookie; Janet and Ralph Todd, building a new home in Surf Pines after a move from Sublimity; Irene Kan; and many others.

Dorothys grandson showed us a tape of some of the highlights of her life. Shes had an interesting time of it, traveling and living in several places. Ive known Dorothy for a long time, and I never realized she had children.

Dorothy read some free verse shed written on the subject: If your body were a car, when you get old. I didnt have an implement to write with, so I counted on memory  which is one thing I cant count on these days. One of her unforgettable lines was, If you sneeze or cough too much, your radiator might leak or the exhaust could backfire.

As to her days in San Francisco, what you dont know wont hurt you. I think it was Dorothys niece who said, I dont know what to say, so, Dorothy told her, then give the mic to someone else. We all had a good time.

While waiting for my ride home, I looked at the pictures of past presidents of the golf club and saw many I knew. These I remember: Neil Morfitt, Frank Maize, Dr. Vernon Fowler, Guy Rea, Sherman Lovell (Jims uncle) and Graham Barbey. (We called him John when he went to school in Seaside.) Sherman was president for a long time.

There is such a hopefulness about spring. Warmer weather, sunny skies, birds nesting outside my kitchen window, deciduous trees sending out their buds and leaves, various bushes turning green, new mown lawns  Easter! Lets all enjoy another start. Its a better time than the New Year to begin again.

There is much talk in Gearhart these days about what to do with the elk, and further discussions have been scheduled. The best suggestions seem to come from outside the city limits.

Why not have a Gearhart Elks Lodge? Number it whatever their census is now and let them decide for themselves. They may move their meetings from the ninth tee to City Park or Little Beach or even across the highway and back to the woods.

I remember well the last time humans tried to corral the animals and manage their movements. It was in the ocean and it was a disaster. How about a little symbiosis or cyclone fencing to the golf course?

Thought for the day: The secret of happy living is not to do what you like but to like what you do.