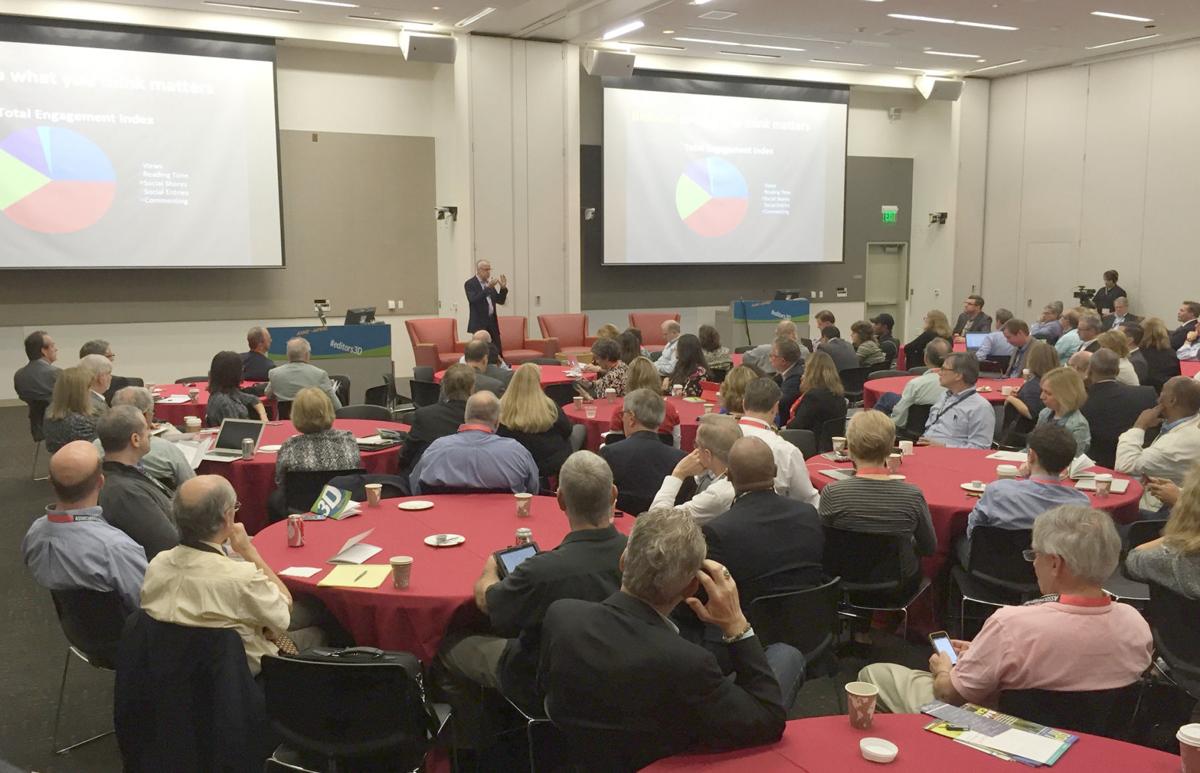 Editors listen to a presentation by American Press Institute's Tom Rosenstiel about “What's New? What's Next?” at the Associated Press Media Editors and American Society of News Editors conference at Stanford University. 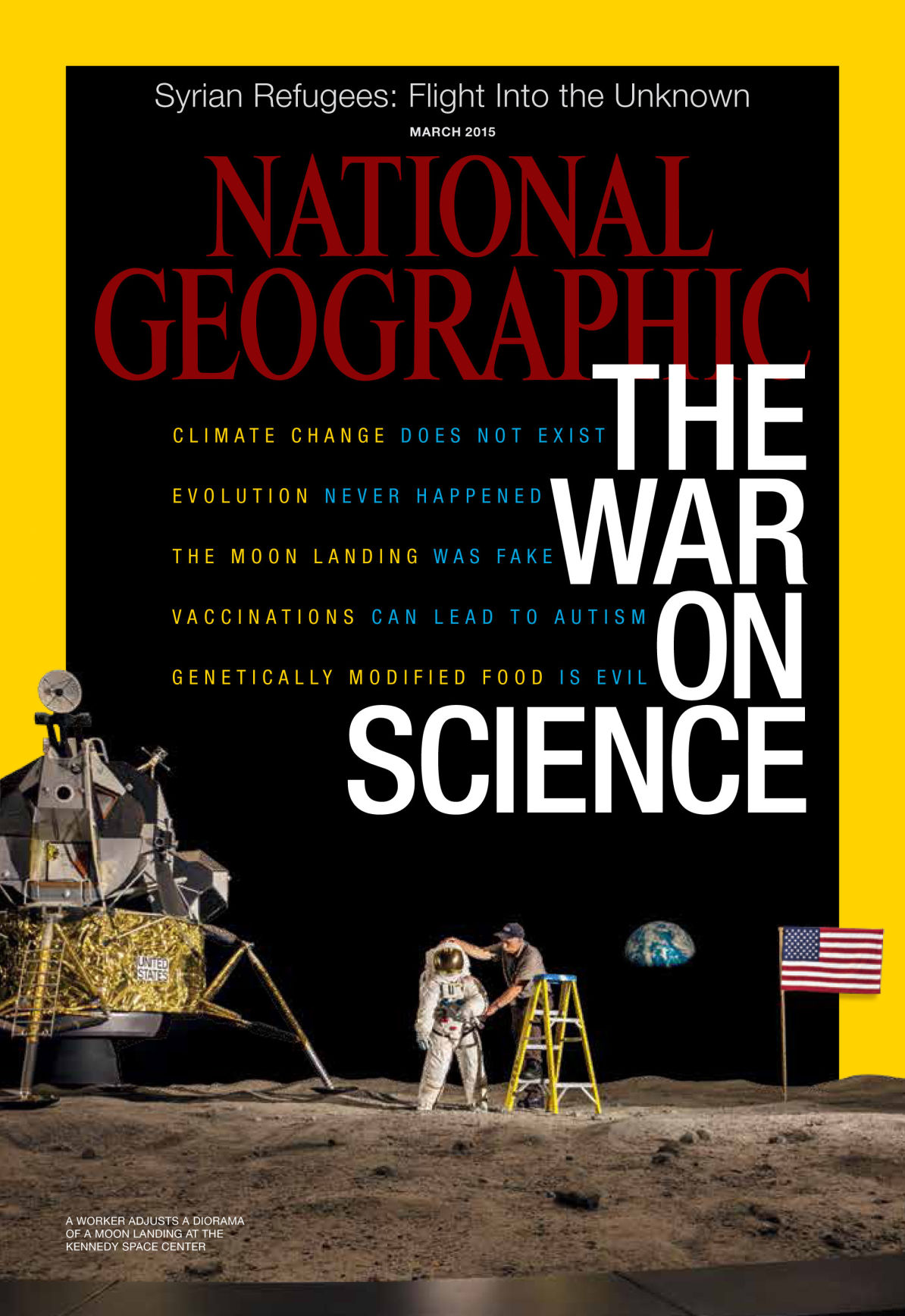 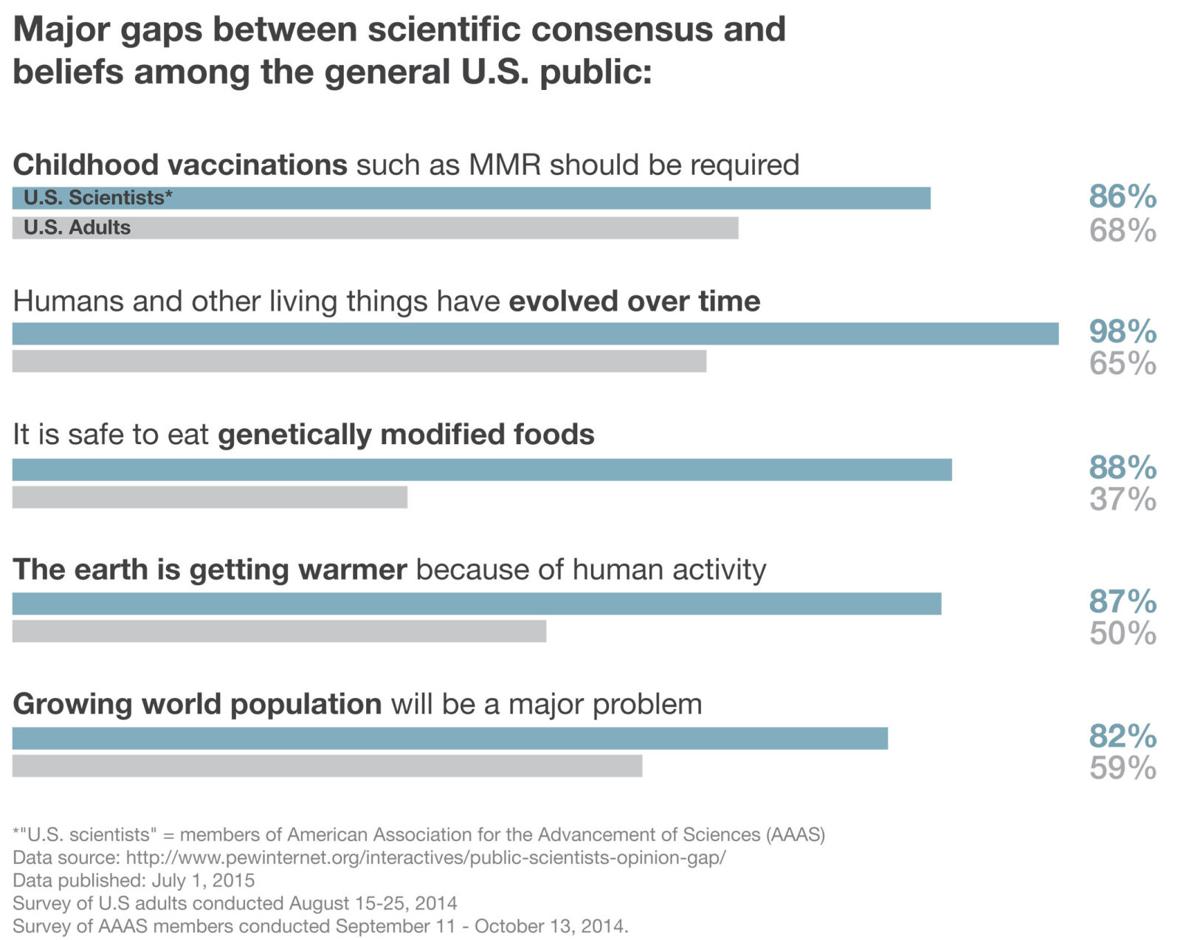 Research into the gap between scientists and public opinion. Learn more online at http://pewrsr.ch/1O4MJ1w 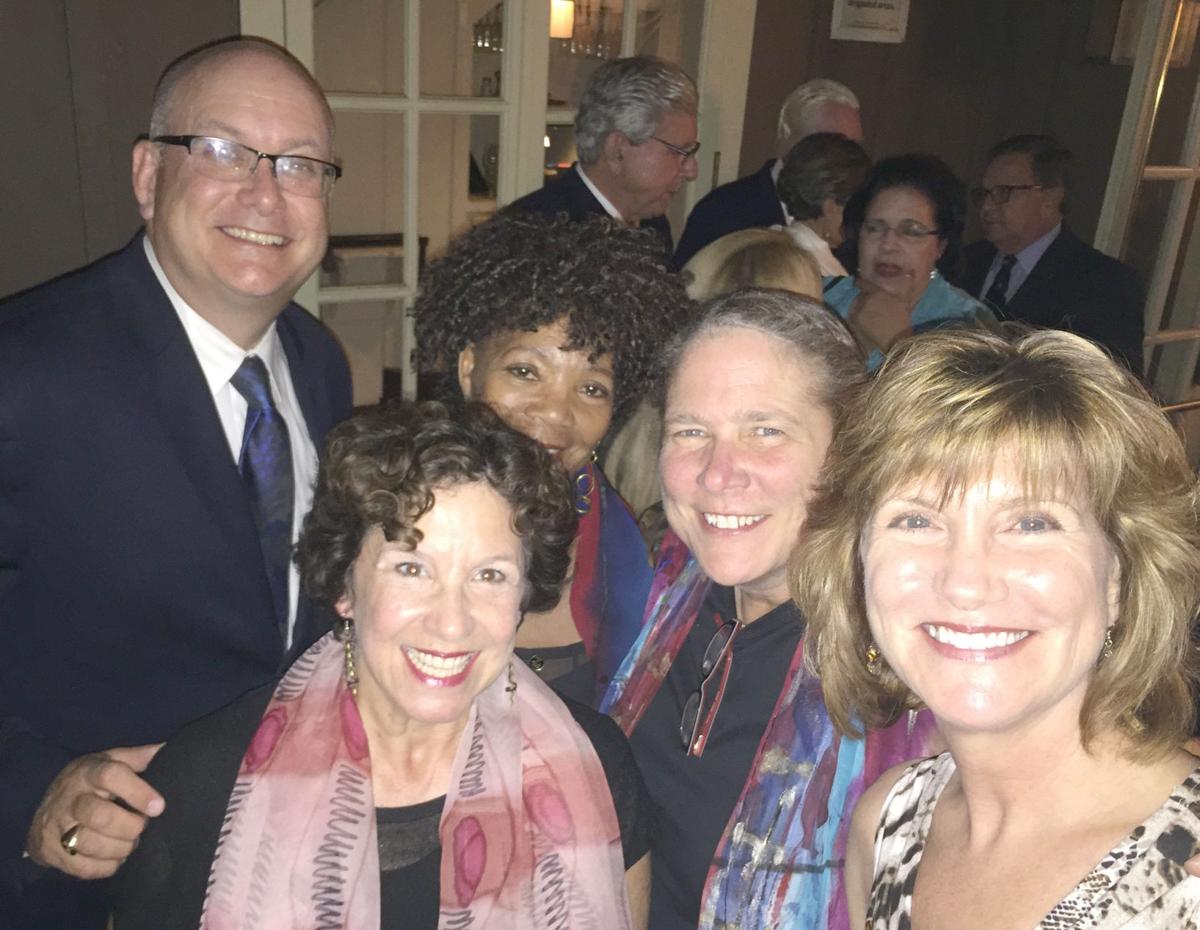 A few of the APME regents at their annual dinner in Palo Alto, Calif. From left, Andrew Oppmann of Middle Tennessee State University, Suki Dardarian of the Minneapolis Star-Tribune, Annette McGruder, Laura Sellers and Karen Magnuson of the Rochester (N.Y.) Democrat and Chronicle.

Editors listen to a presentation by American Press Institute's Tom Rosenstiel about “What's New? What's Next?” at the Associated Press Media Editors and American Society of News Editors conference at Stanford University.

Research into the gap between scientists and public opinion. Learn more online at http://pewrsr.ch/1O4MJ1w

A few of the APME regents at their annual dinner in Palo Alto, Calif. From left, Andrew Oppmann of Middle Tennessee State University, Suki Dardarian of the Minneapolis Star-Tribune, Annette McGruder, Laura Sellers and Karen Magnuson of the Rochester (N.Y.) Democrat and Chronicle.

These three words could apply today to, I imagine, every enterprise out there.

The 3Ds mean different things to different industries. Together they generally mean one thing: CHANGE.

In newspaper and broadcast media newsrooms around North America, the 3Ds were explored at the Associated Press Media Editors and American Society of News Editors conference in October on the Stanford University campus in Palo Alto, California.

More than 350 newsroom leaders met for three days to share journalism, innovation, ideas and battle scars. These are editors from our nation’s largest publications to the smallest, which I daresay, just might be The Daily Astorian and EO Media Group. It was our largest gathering in years.

What did we learn, besides celebrating our successes, dissecting our misses and getting a boost of renewed energy for the cause of quality journalism? Here are some takeaways that likely relate to your business, too.

• Millennials are our pathfinders: Tom Rosenstiel of the American Press Institute says millennials, or people being born or reaching young adulthood around the year 2000, are not just our next audience or customer base – they are a path to all users or customers by leading their parents and family members. Look at the rise of Facebook, Twitter, texting, mobile and streaming in sharing news.

“I believe there are still new audiences to be conquered,” said Alfredo Carabajal, managing editor at Al Dia at The Dallas Morning News. “We continue to define audience as the people that at some point chose to give us money to get a print paper, and we struggle with that idea to go beyond that. Now, everybody who has a smart phone is potentially your audience.”

• You can transform your data and analytics: Rosenstiel points to a study that aimed to boil down the many statistics we can get from digital — page views, visitors, time on site — with what that meant for the value readers found online. The study found: Major enterprise stories earn nearly 50 percent more engagement. Long-form stories drive 23 percent more engagement. Adding a photo gains a 19 percent boost. Adding audio and video gets a 36 percent.

• Improve coverage of your magnet franchises: He suggests a news organization finds its niche and blow it out of the water rather than being thinner in many areas. This plays out for The Daily Astorian in our reduced national/international coverage and a focus on what impacts the Columbia-Pacific region.

Rosenstiel says we need to get away from the “general store” mentality. Another panelist, Mizell Stewart, said: “We need to be able to do a select number of things extraordinarily well. It’s not good enough to be all things to all people anymore. Editors have to be far more focused on identifying what’s working and doing more of that and being willing to make the hard decision to do less on areas that are not working.”

We also examined the gaps between scientists and the public in a session titled The War on Science: What Journalists Need to Know.

On climate change, 50 percent of the general population think it is due to human activity, compared to 87 percent of scientists;

Just to be contentious: 65 percent of the general public believe humans evolved over time; and the scientists, 98 percent;

We all need to occasionally recharge our businesses and lives.

Through the APME experience over the last 20 years, I have watched newsrooms transform through editors around the nation. Some of those changes were cataclysmic and some were just a part of rolling with the punches.

In the past year, I’ve watch Gatehouse Media buy the family-owned Columbus Dispatch, while its longtime managing editor became the editor and struggled with budget cuts.

Bill Church, the executive editor of the Sarasota (Fla.) Herald Tribune and formerly of the Salem Statesman-Journal, has re-imagined his newsroom to tackle huge enterprise projects on a tight budget.

I’ve watched as Karen Magnuson and her Rochester (N.Y.) Democrat and Chronicle leads the way in diversity through action and community discussion.

The chance to celebrate and commiserate with peers and be inspired by new ways of framing the issues and solutions is a good way to be ready for the next disruption, which is likely just round the corner.

Laura Sellers is the managing editor of The Daily Astorian and the president of the Associated Press Media Editors.