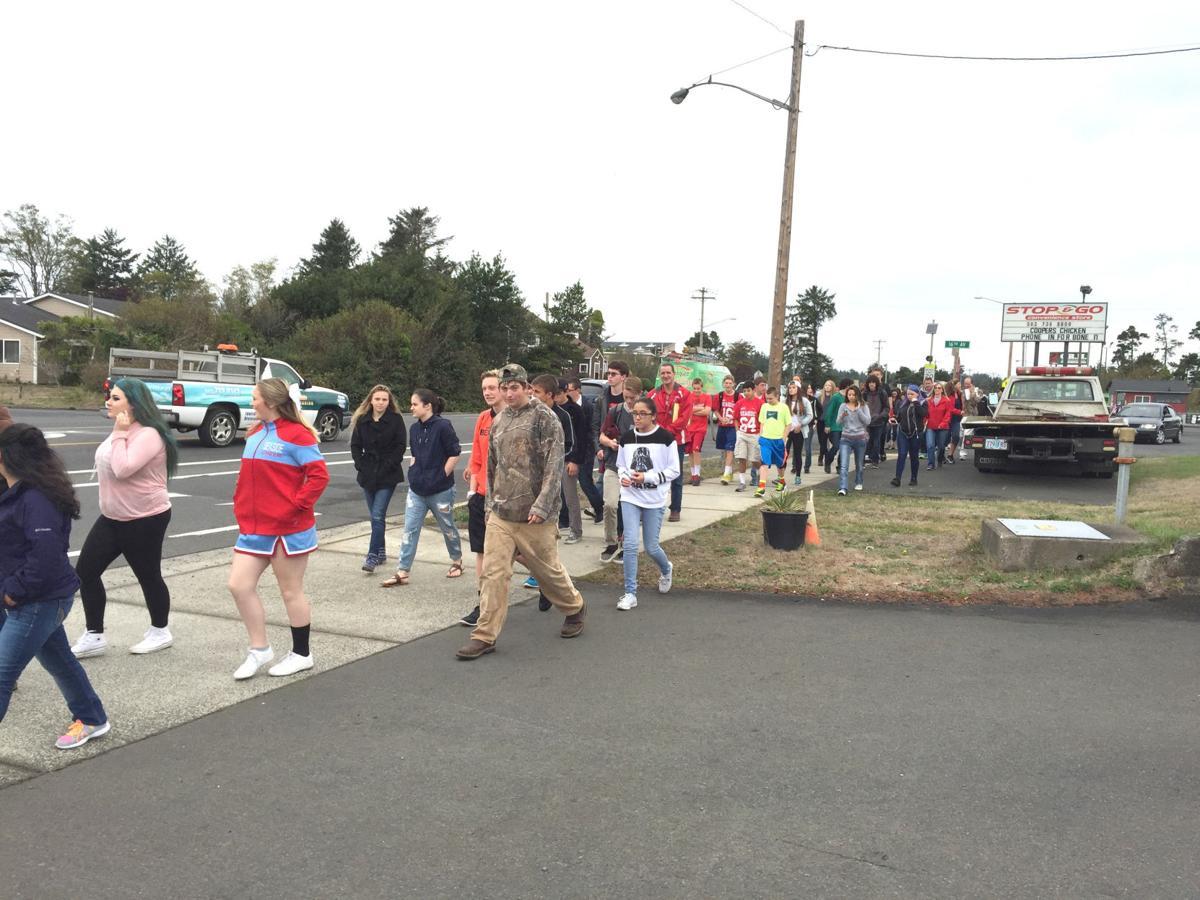 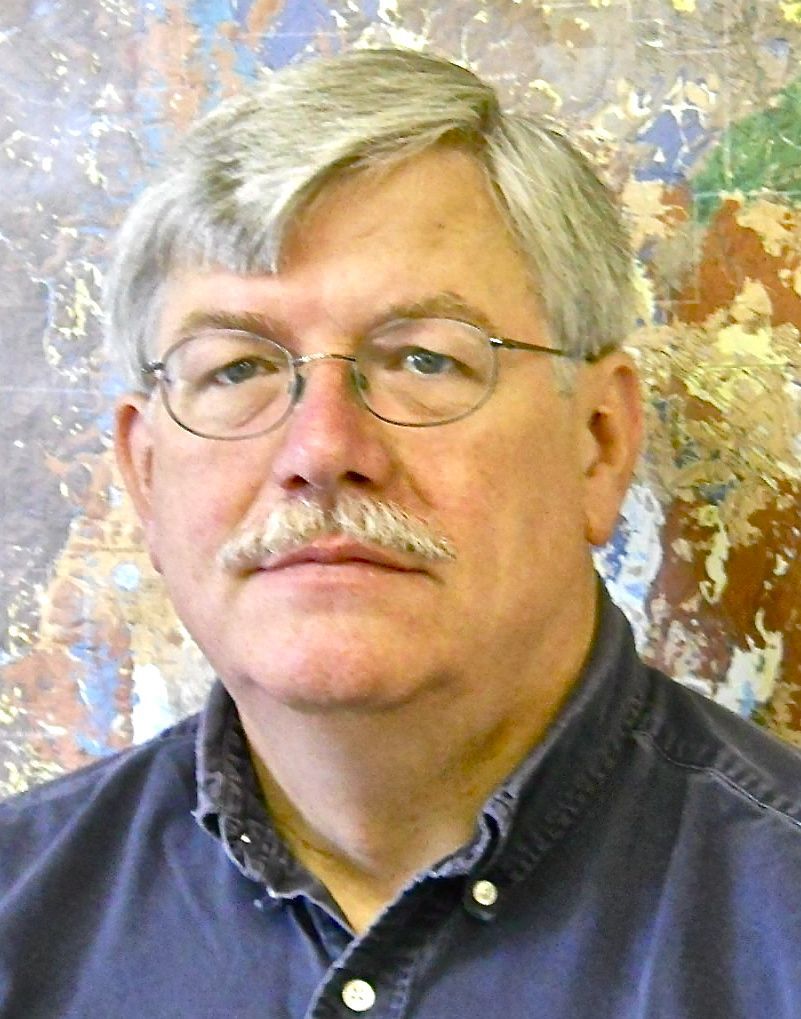 What makes a guy year-in, year-out keep fighting the tide — pun intended — and take a look at our city’s most sensitive topic: a tsunami that could kill thousands and leave thousands more homeless?

Bringing up the subject of the Cascadia Subduction Zone megaquake and subsequent tsunami in Seaside is about as popular as a long bathroom line.

Yet geologist Tom Horning manages to sound the alarm while proposing sensible solutions that could save thousands of lives. He almost makes it sound easy: “Your first goal is to review the information, choose a scenario, set your goals and get going.”

I had read about the Seaside native first in Bonnie Henderson’s important book, The Next Tsunami.

Among emergency preparedness officials and seismic sleuths, this geologist is the first stop.

If you want to know exactly when the big one will hit, Horning’s answer is an unsatisfying, “No one knows.”

Maybe his own guess is as good as anyone’s. After all, it’s Horning who in 1995 held a séance at the Pacific Way in Gearhart and came up with a date the tsunami would strike. “I said it was going to hit in the summer of 2025,” Horning said. “July 23, 2025. I’ve done this method to try to get the lottery numbers, but it doesn’t work.”

It’s the very randomness of the earth beneath our feet that makes exact predictions impossible, Horning said. Add to that new geologic evidence that there is not necessarily a correlation between the size of the quake and the size of the tsunami.

“Short durations can result in large tsunamis,” he said, “We have to assume a large tsunami, at least a 55-foot wave, could strike at any time, and that’s what we should prepare for. We don’t have any patterns to tell us when. It might be a long time in the future, it might be a short time.”

The very complexity of the problem can be paralyzing.

“When people are confronted with disaster scenarios, they stick their heads in the sand and deny,” he said. “They just can’t handle it. You have to figure out a way to break them out of the denial phase and into action.”

Seaside is functioning well as a “normal” city, Horning said.

But there’s nothing normal about the quake and tsunami threat.

“This is an extraordinary thing,” he said. “Judging by the fact nothing’s happened tells me it’s too complicated an issue for the way the city’s structured. We need to change the way the city does business. Probably the most important thing is to create a disaster preparedness committee that prepares goals for the city that become permanent goals. And it needs to be done soon.”

“Most of the lower part of the city will be demolished or extensively flooded and damaged,” Horning said. “Death rates for people caught within the flooded area will range from 15 to 99 percent.”

If there are 25,000 visitors in Seaside for the Fourth of July, the numbers could be harrowing.

The city could be expected to care for survivors for at least 20 days.

“For a while the city had a committee, but they were conventional,” Horning said. “They said the things we need to worry about were forest fires, windstorms or Hell’s Angels coming through town. No one was really geared to handling earthquakes and tsunamis.”

After abandoning that committee, the city has seen “short period of progress surrounded by long periods of nothing,” Horning said.

The first step, he said, is to assume the worst-case scenario and so plan for it. “The thing Seaside hasn’t done is undertaken this with the gravity of the disaster that’s going to hit,” he said. “They’ve been ignoring this.”

Horning looks to Japan and their “culture of preparedness” as a model.

“I’ve got numbers from Japanese studies that suggest for this kind of water depth —about 35 feet in Seaside — you can expect 50 to 99 percent fatality rates,” he said.

If Japan hadn’t prepared, he said, their fatality rates in 2011 after the Tohoku quake would have been 10 to 20 times worse. “They could have lost half a million people,” he said. “They lost 23,000. Two-hundred thousand to 400,000 people could have died, but they got a lot of them out of there.”

Once a group — Horning calls for a “blue-ribbon panel” — is formed to address the serious issues posed by the tsunami threat, attention should be drawn to the city’s water crossings.

“The thing that I think is most important by far is that the city should immediately begin replacing old bridges,” Horning said. “Much of the other stuff is relatively inconsequential compared to it. It’s that important. Bridges are 95 percent of the story.”

The quake, which will strike without warning, will lead to wave heights of 30 to 45 feet and higher. Seven out of 11 bridges will fall down in a tsunami, Horning said.

After the shaking people have 15 minutes to get to safety before the tsunami. “They’ve got to be to the hills before the water gets them,” Horning said.

How they get there is another story. All the warning signs put together won’t make up for one failed bridge.

A few years back, getting money to repair bridges was relatively easy, Horning said. Seaside petitioned the Federal Emergency Management Agency and received federal money to fix four bridges. But when other Oregon communities saw dollars repeatedly going to Seaside, politicians vied for the funds and despite the need, FEMA money dried up. It was up to Seaside to get in line for Department of Transportation funds, or worse, to foot the bill themselves.

“ODOT has a backlog of 6,400 bridges,” Horning said. “And everybody wants money to fix the bridge outside their town. Now we have to raise the money through ODOT, so we have to raise the money ourselves. Or maybe the state will turn over some money through their resiliency plan, which should be funded to the tune of $200 or $300 million every year.”

Horning said the city isn’t doing enough to reach out for those funds, and the money the city does have is being spent on costly nondisaster fixes.

“What bothers me is they don’t have bridge replacement as part of the city’s hazard mitigation strategies,” he said. “That’s a stupid philosophy. Bridges are the one thing that will save thousands of lives. If you’re not talking about replacing bridges, you can’t get that money.”

Horning is speaking to everybody who lives here, visits or passes through.

“It’s about saving lives,” he said. “If the big one hits, we can’t do much about our real estate. It will be lost. You’ll still own a parcel of land, but no one will be able to build on it. We’ll all be broke. We won’t have a tax base. You can’t just instantly go in and replace broken sewer and water lines. How do you rebuild a town that took a century to build in a year? You can’t. The primary thing is to save lives. The things that are going to cause people to die are impediments to their safe evacuation.

“You ask me why am I still working at this?” he continued. “Because I’m the guy with more information than anybody, therefore the responsibility lies more on my shoulders than anyone else. So I’m trying to convey that information. That’s been my role for the longest time: to bridge science and society.”

All the warning signs put together won’t make up for one failed bridge.