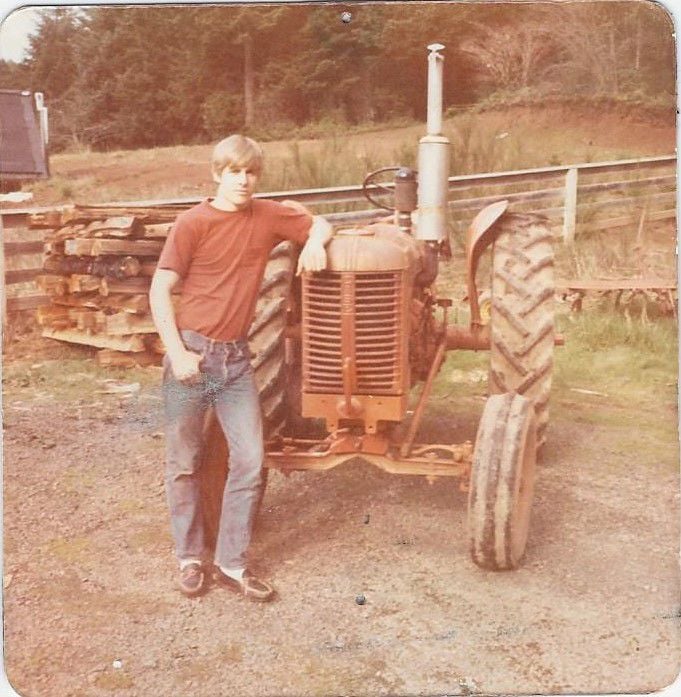 Mike Pihl as a young man with his tractor. 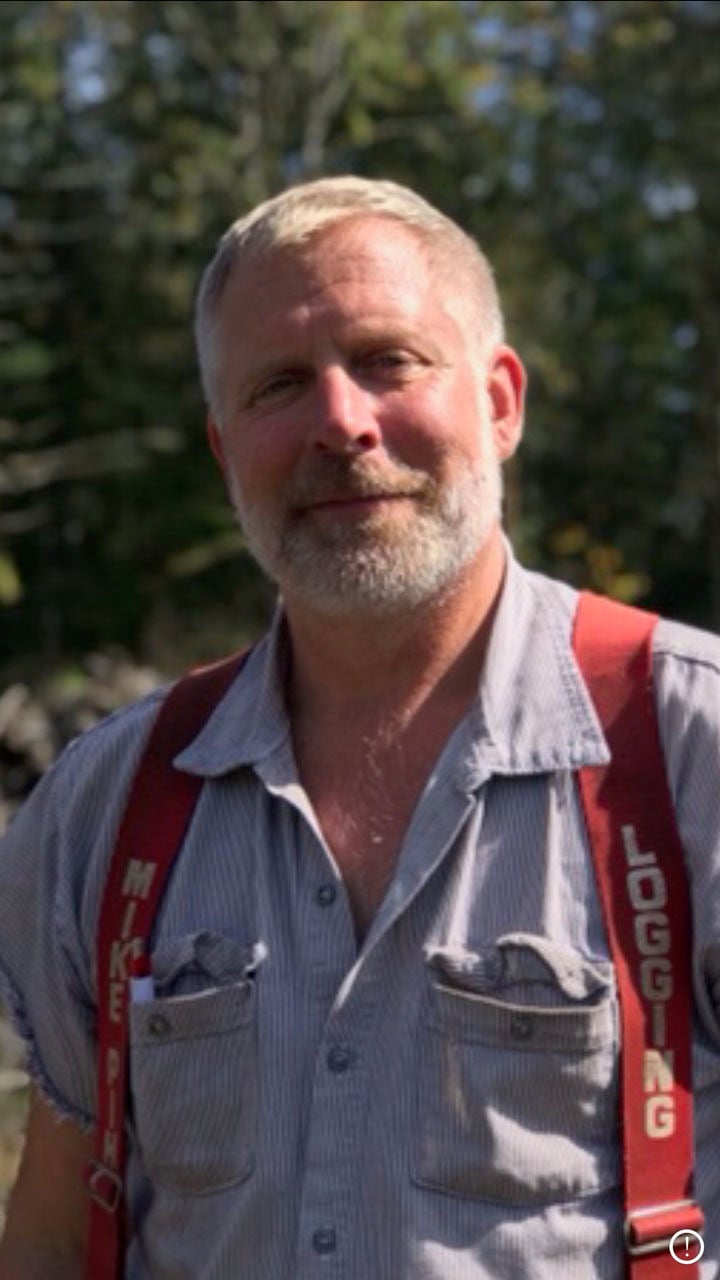 I started out picking strawberries for our neighbors at 6 years old, and graduated to picking black caps at 10. From then, I moved to hauling hay and working on a dairy.

When I was 15, I paid cash for my first tractor. By the time I graduated from high school, I had all the implements to pull behind my tractor and a combine — all bought with cash.

After graduating, the logging bug got ahold of me. I worked for several local loggers, then went to a logging camp in southeast Alaska. I saved my money and paid cash for my first logging machine at 22.

When I first heard about House Bill 2020, the 2019 cap-and-trade bill, it caught my attention. I read a two-page flyer about the bill and thought “this sounds great.” I wanted to know more than what the flyer provided, so I printed off all 98 pages of the bill and flipped to the last page. On the last page was an emergency clause.

I found out that when the Oregon Legislature uses an emergency clause in a bill, it means that Oregonians can’t refer the bill to the voters for approval. I didn’t like that, so I read the entire bill at least 10 times.

What I discovered when I read the bill was that it was so open-ended and vague, and had so many government agencies involved, that I was having a hard time making any sense of it. So, I started asking around, and discovered most of the other business owners I talked to that were following the bill couldn’t understand it either. That bothered me.

You better believe it when I say we need to protect our home and planet. But taxing and regulating the timber operators out of business is no way to accomplish that task. Fortunately, there was a growing group of others in rural Oregon, many in the timber industry, who were very concerned about HB 2020 and its impact on their communities and their jobs. So #TimberUnity was formed.

We rallied twice in Salem during the 2019 legislative session to voice our concerns about the cap-and-trade bill. Fortunately, we were successful, in part because our rallies were done in a peaceful and orderly fashion. We didn’t wear masks, bring baseball bats, throw bottles, or act in a way that invited trouble. Our parents taught us better than that.

After the Legislature went home and HB 2020 was defeated, I spent $450,000 on a clean-emission timber harvesting machine for my logging business, to replace the less efficient and “dirtier” machine I had been using. After hearing that the Legislature was going to bring back a brand new cap-and-trade bill in 2020, I’m starting to wonder if I would have been better off just to keep my old machine with high hours and mechanical issues.

Most Oregonians don’t appreciate that we already have thousands of carbon-eating machines in Oregon. They’re called fir trees, and they do their work all day, every day, unregulated by the state. I’ve harvested thousands of those trees in my career, and replanted many more trees than I’ve harvested — it’s the law, and it works well.

Unfortunately, the Legislature is back with Senate Bill 1530, a new cap-and-trade bill that is very similar to HB 2020. If this bill passes, Oregonians can expect their fuel costs to rise tremendously. Under HB 2020, the Legislative Fiscal Office estimated that gas prices would rise from 19 to 72 cents a gallon in the first year alone, with prices climbing higher as each year passed.

Imagine that — paying an additional 72 cents a gallon for gas in the first year alone. For companies like mine, the increased gas costs would bankrupt us. Plus, our utility rates would rise by double digits as well.

The goal of the legislators sponsoring the cap-and-trade bill is to force Oregonians away from gas powered engines and into electric vehicles. I have no problem with electric vehicles, but they don’t make electric machines for most jobs in my industry, and most Oregonians can’t afford an electric car for their day-to-day activities. In rural Oregon, electric cars are difficult to use, due to the long distances that people travel each day. We just aren’t the same as people in big cities with short commutes.

If you add the costs of a new cap-and-trade bill to the corporate activity tax that the Legislature approved last year, companies like mine won’t make it. I already missed paying myself many times last year after paying my employees and business expenses, because of the increased taxes and fees from the Legislature.

I don’t know how much more anti-business I can take from Salem. I don’t want a handout — I just don’t want to be run out of business because of new taxes and fees crafted by the Legislature each year. Please, give small business a break.

Now that we’re in the short session and the same legislators are back with the new cap-and-trade bill, the very best family-wage jobs in rural Oregon are once again on the line.

On Feb. 6, #TimberUnity held another rally at the Capitol in Salem. This time, we had 1,100 trucks and 10,000 rural Oregonians in attendance — all concerned stewards of the land, and all petrified of losing the last of our high-paying rural jobs. And we’ll keep coming back as long as we have to!

We all care about the environment, but cap and trade is a bad idea. If the Legislature is going to pass SB 1530, the least it can do is send the bill to the voters and let us make our case to all Oregon voters. Once they understand what the bill does to their rural neighbors, they’ll join us and demand a better solution.

Mike Pihl, a logger in Vernonia, is president of the Timber Unity Association.

In the first go-round on this issue, #TimberUnity focused on vilifying Tiffiny Mitchell and seeking her re-call. Now, Mr. Pihl argues broadly on two fronts: (1) cap-and-trade is bad; and (2) deciding this issue as a voter referendum is better than deciding it in the legislature. Theoretically, cap-and-trade is a free-market alternative to government-imposed regulations on environmental emissions. Free-market mechanisms are usually attractive to business people, so there must be something particular in the proposed legislation that is anathema to its opponents. I do not know what that is. Mr. Pihl comes across as a reasonable person, and I know that both Tiffiny Mitchell and Betsy Johnson are reasonable people. Most reasonable people are in favor not only in making people's lives better now but also in preserving the environment for the good of our children and grandchildren. It would be helpful if the specifics of what Mr. Pihl and Ms. Johnson find so objectionable in the bill before the legislature could be better clarified. Is the bill specifically anti-timber interests? Are the cap-and-trade parameters unreasonable? Or would they prefer it that all legislative changes were submitted as referenda to the electorate rather than decided by the people we elected to do that job? What's really at issue here? Please try to clarify.

You're entire argument lies in the notion that cap and trade would have a meaningful impact on climate change. There's absolutely no reason to believe this is the case. Even some of the most ardent proponents of HB2020 admitted, that on its own, it would have no effect, and that's assuming it actually reduces emission in Oregon, which is unlikely. Carbon credits, at the behest of Goldman Sachs, have been widely traded across Europe since the mid 90's and by most accounts it's done nothing to reduce emissions and everything to enrich the state and participating investors. But if it magically worked for a change and emission in OR were reduced to nothing, the net effect on climate would be nothing. We can't save the world by falling on a sword and the expectation that neighboring states will follow us off this cliff is not realistic. Ultimately it would scuttle our economy in the name of false virtue. There's nothing remotely reasonable about that.

Anything this contentious should certainly go to a ballot measure. The entire process was designed to address this type of legislation.