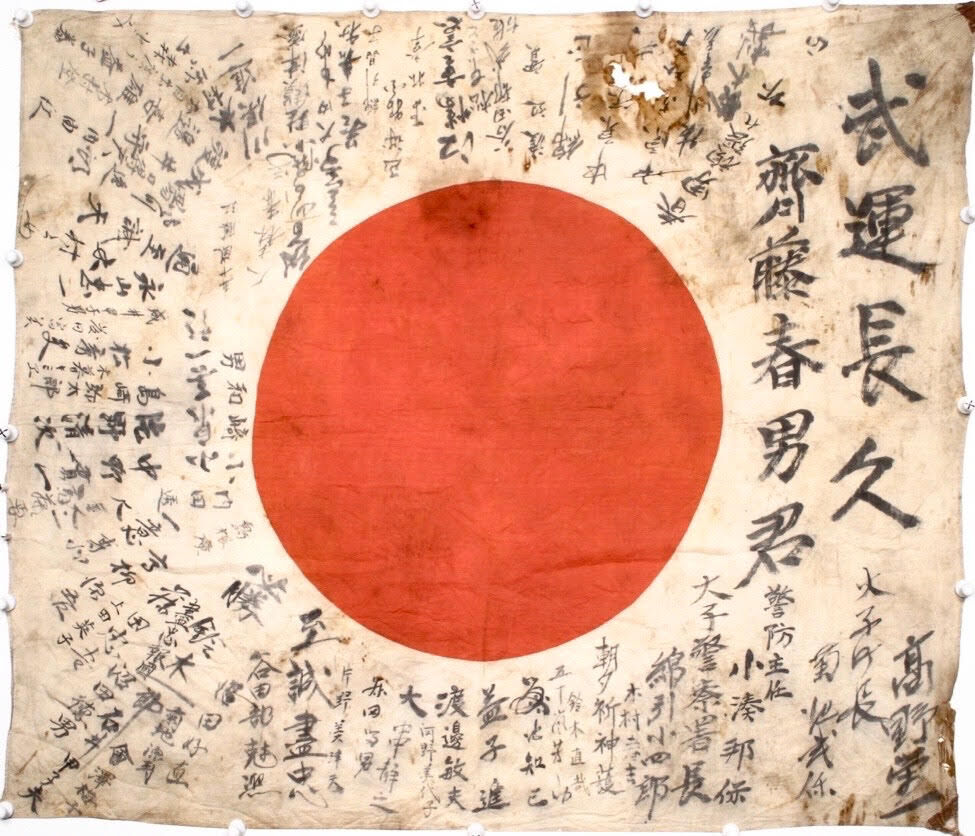 A flag carried by Haruo Saito, a Japanese soldier, during World War II. 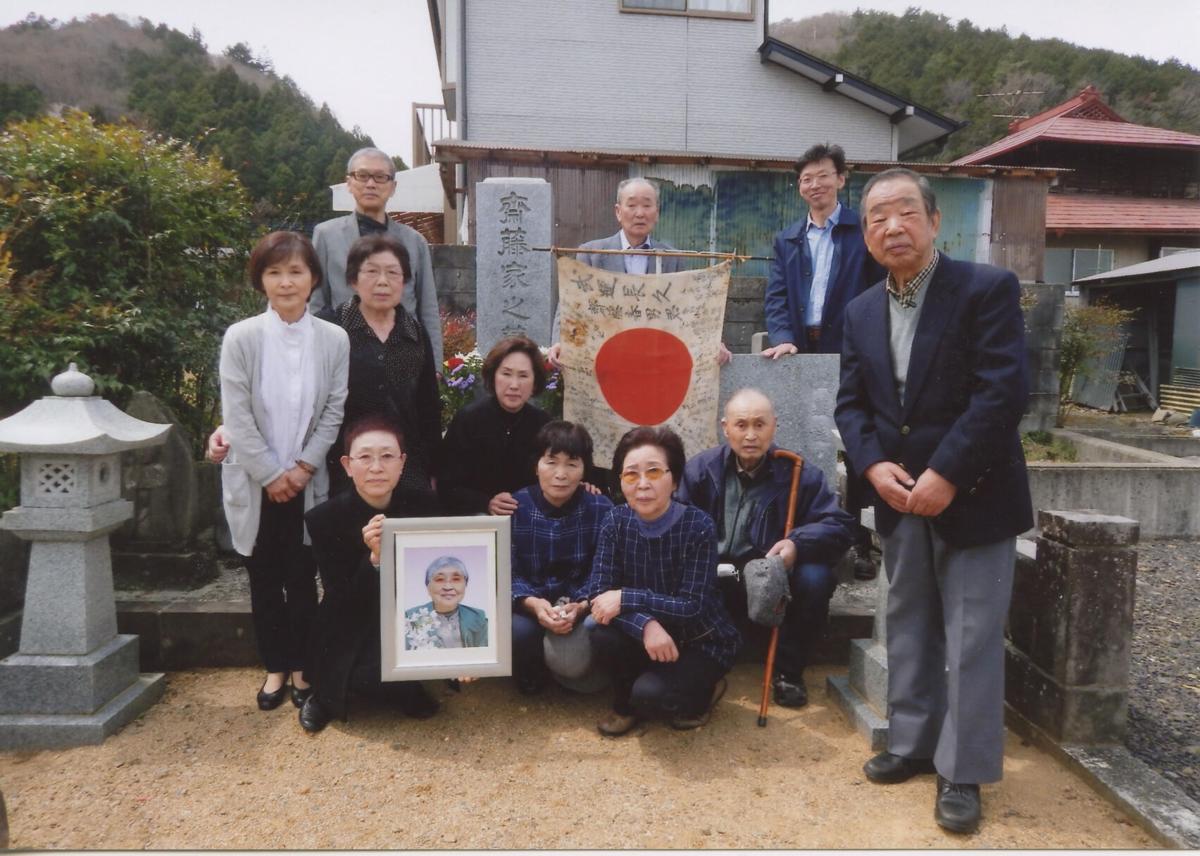 The Saito family with Haruo Saito’s remains at a cemetery to show ancestors he had finally returned home. 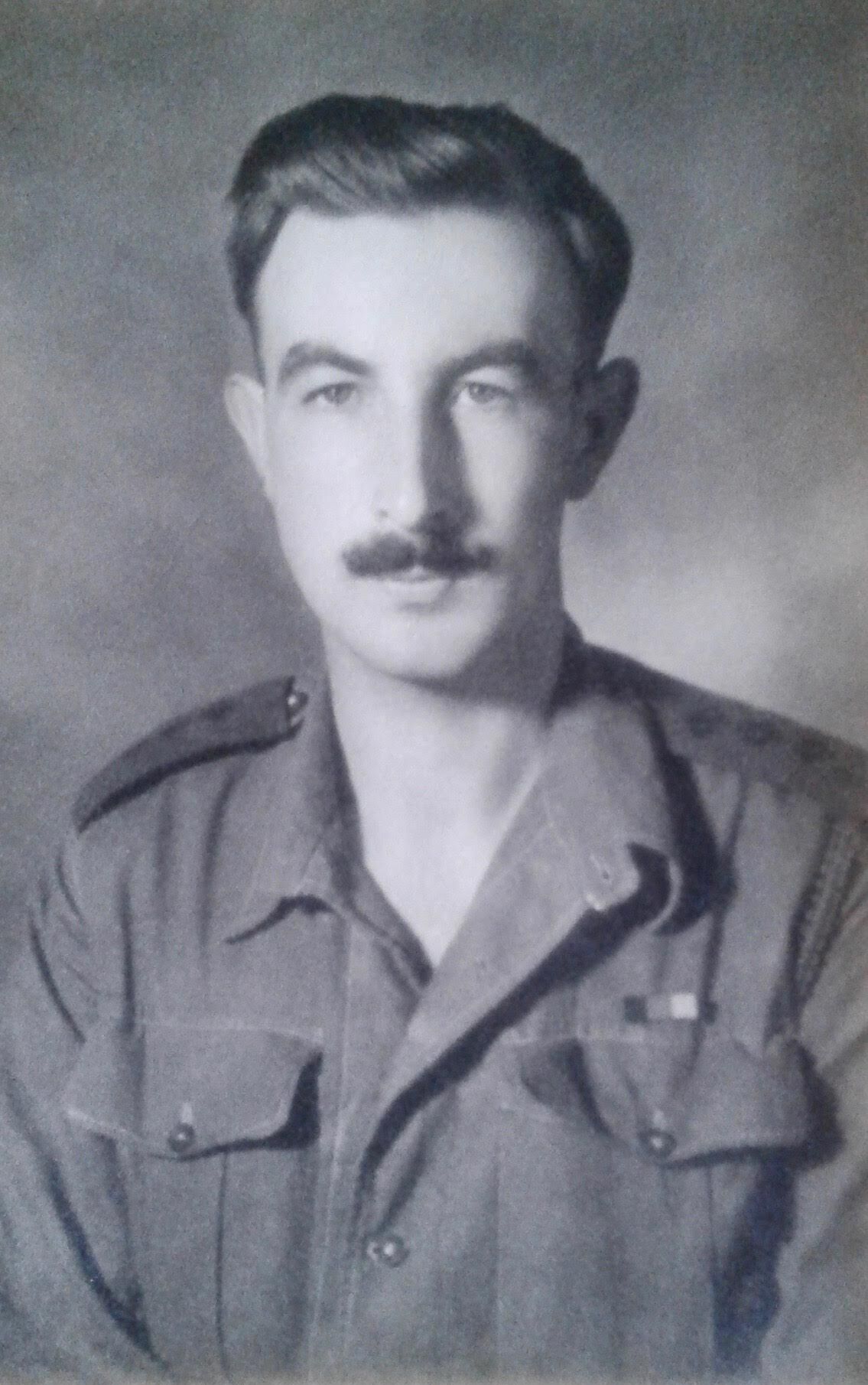 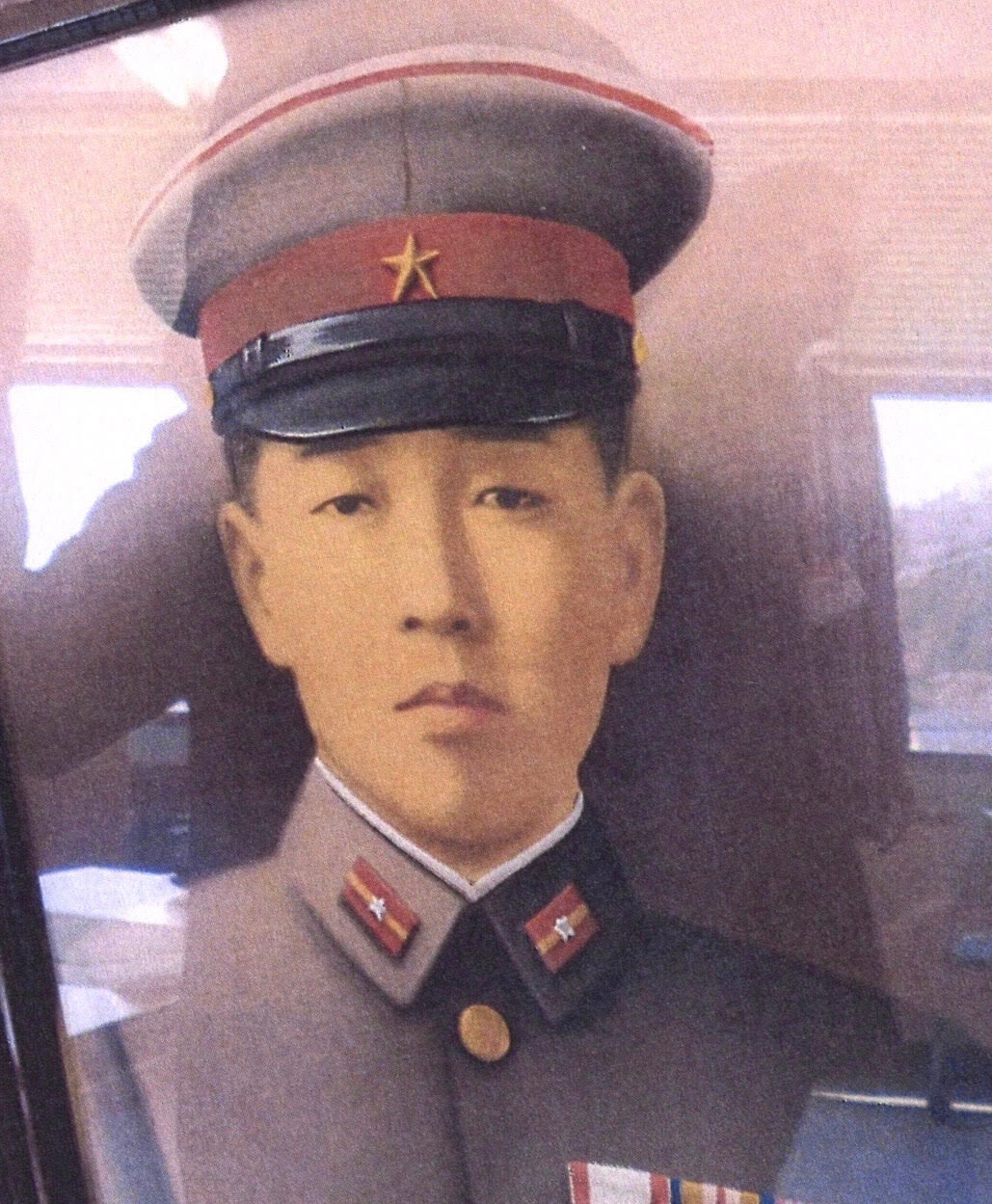 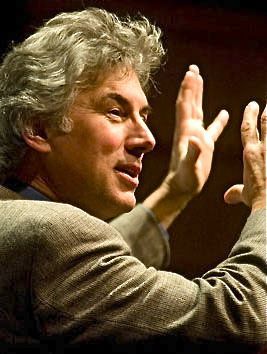 On this day, a surprise attack on American battleships in Hawaii sparked a conflict between America and Japan that brought millions of families into a brutal war. Another historic date is Sept. 2, 1945, when military representatives signed the surrender documents that brought World War II to an official end.

Unfortunately, wars do not end with a signature. The hatred and distrust that brings two nations to war continues to simmer and is often compounded by new suffering and loss created by the fighting. A familiar example is America’s Civil War, which ended 155 years ago but still burns like a red hot ember, ready to burst into flames.

Americans and Japanese were fierce enemies. Even 50 years after the signing of the treaty, it was common to hear disparaging insults about the Japanese. Many people refused to purchase anything made in Japan, while others declared that America should have dropped more atomic bombs on more cities.

But a transformation is taking place between the Japanese and their former enemies, which has reached a level never seen before between former warring nations. There is a widespread desire by Americans, British, Australians and others, to reach out to their former enemies and provide comfort to the Japanese families who lost someone during the war.

Every day, somewhere in the world, someone is packaging up a hard-won "battlefield souvenir" with the intention of having it returned to the bereaved family in Japan. The reason, we are told, is to provide that family with closure and to reconcile their lingering grief.

Peace is not accomplished with a signature on a piece of paper. Peace comes from within the heart and nowhere in the world can a better example of reconciliation be found than this unique outreach between WW II allies and the families in Japan.

Obon Society is proud to play an essential role in making it possible for these families to find each other.

*Letters from a British soldier in World War II and the family of a Japanese soldier who died in the war were exchanged through the Obon Society.

This is in response to our discussions and my wish to send a message to any relatives and friends of Haruo Sato who died at Meiktila, Burma on 22 July 1944.

I am Charles Neville, born in England in 1920, joined the British Army in 1941, was trained as an engineer officer, sent to India and attached to the Indian Engineers. I joined a Field Company of Engineers and we were sent to Assam to help maintain a road from Assam into Burma, especially through the monsoon.

This involved improving existing roads and tracks, building new roads and bridges for the Army.

In 1944 the Japanese Army started withdrawing but put up much resistance at Meiktila. We reached Meiktila several days after the battle and much had been cleared up. As I walked a little way into the area I noticed two flags on the ground. I was aware that it was customary for Japanese soldiers to carry their national flag. When I saw a lot of writing on one I realized I had come across something special that should be treated with great care and respect.

Months later I returned to England. For years I had no idea what I should do with them but my son Leslie contacted the Japanese Embassy in Toronto and so we learned about the OBON Society and the good work they are doing. A long time later I heard that a family member had been traced. This made me very very pleased and thankful that I had kept the flags safe for seventy five years and that they will be returned to the Sato family and friends.

I would like to say a few words to Harou's nephew and friends.

I lost an uncle in the 1914 to 1918 World War. His name was Gower, which is my middle name in memory of him. I can appreciate some of the feelings you may have.

It has been a great honour to have become so involved.

Thank you very much for returning the flag of my uncle, Haruo Saito. I believe that my late uncle must be so glad to come home finally. I really appreciate Mr. Charles Gower Neville have looked after the flag over 70 years until today.

All the brothers met together and we visited our family grave with the flag. I am grateful that you, Mr. Neville, gave us this kind of precious opportunity.

I hope for your good health. And we will treasure the flag forever. Please excuse my poor writing.

Thank you very much,

Rex Ziak is the co-founder and president of the Obon Society, a nonprofit humanitarian organization headquartered in Astoria.