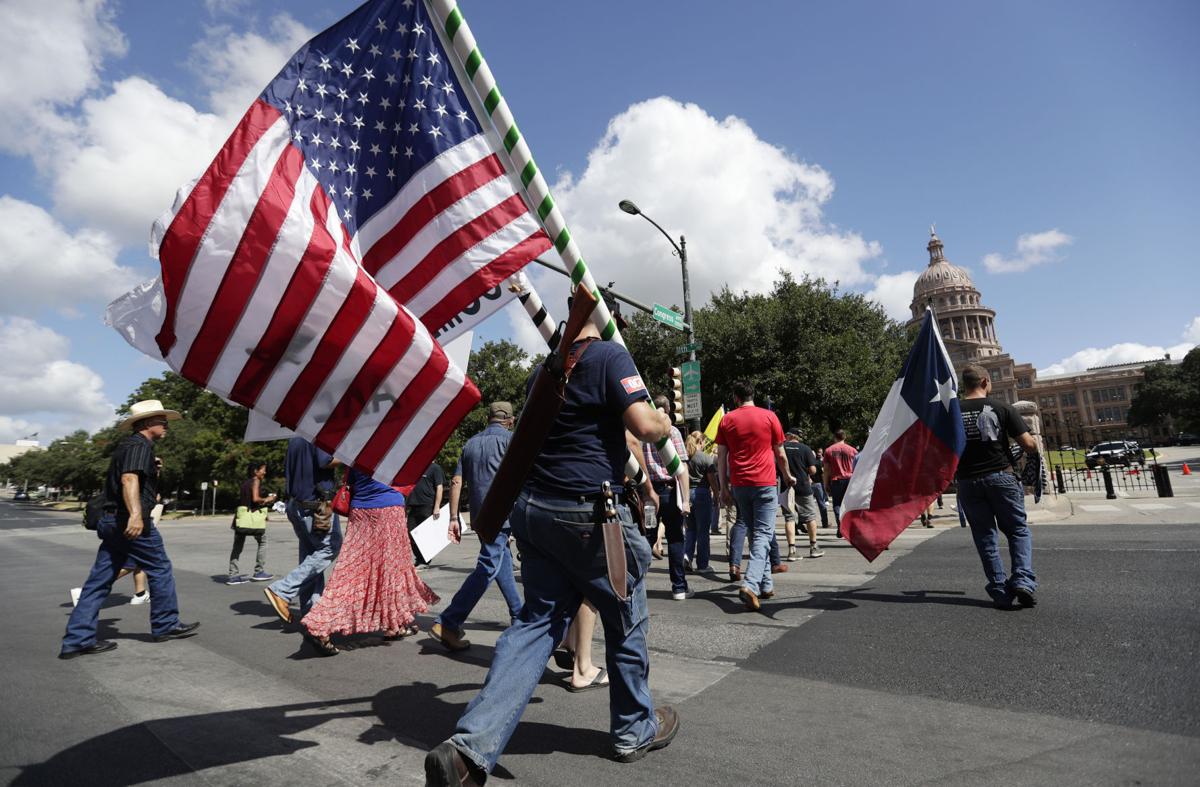 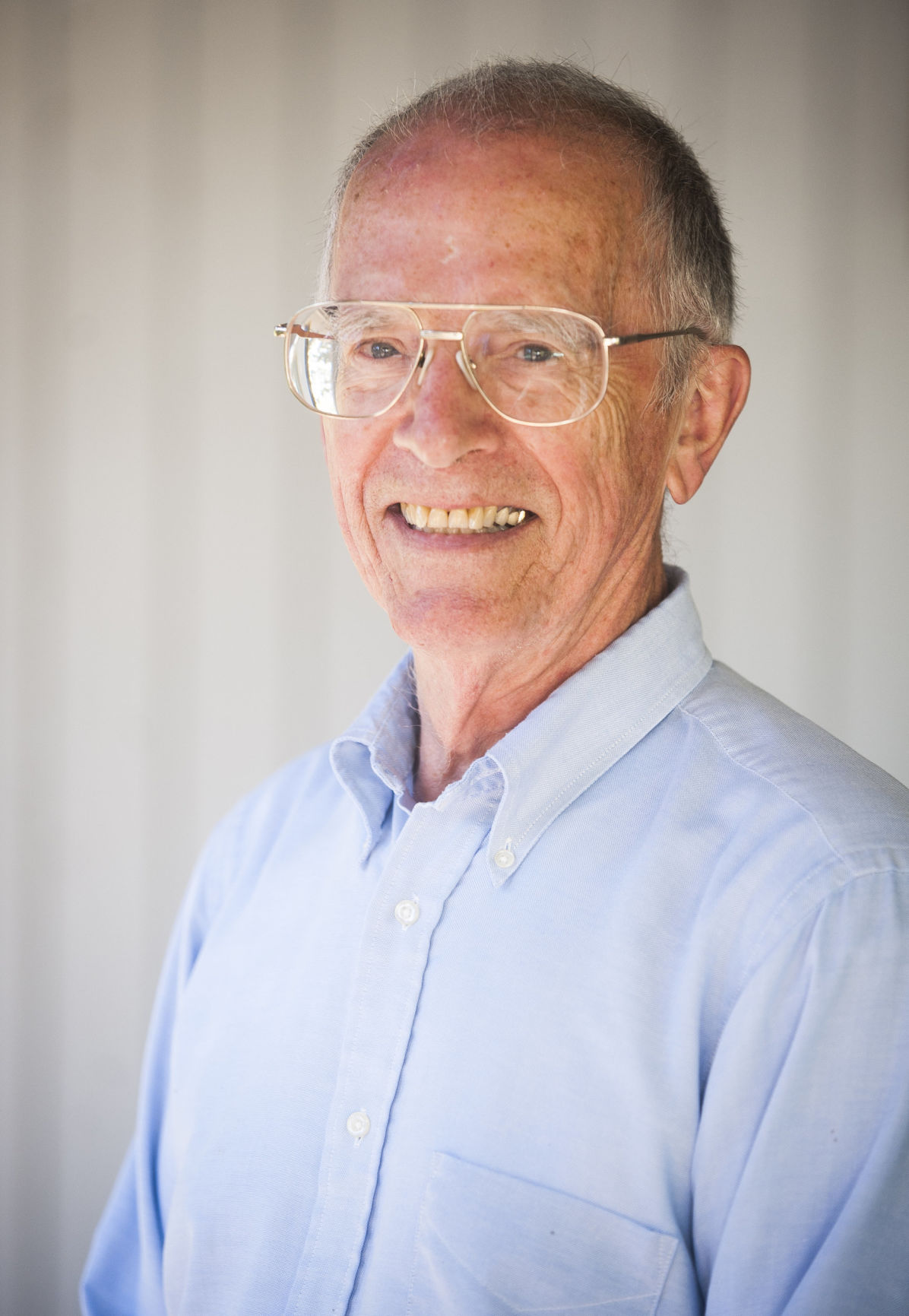 One thing about turning 87 is often thinking, “Here we go again.” A good example is the recent mass shootings that put gun control back into the public spotlight.

Whenever a mass shooting happens, the entire debate about guns at first gives way to emotional reactions, as best shown by this newspaper’s reprint of a Miami Herald column, (“Gun carnage is the new American norm” Aug. 10, 2019).

Then reality sets in.

The Bill of Rights in Oregon’s Constitution says “the people shall have the right to bear arms for the defense of themselves, and the state, but the military shall be kept in strict subordination to the civil power.” Oregon’s expression of gun rights is more direct than the U.S. Constitution’s Second Amendment, which says “a well-regulated militia, being necessary to the security of a free state, the right of the people to keep and bear arms, shall not be infringed.”

In 2008, the U. S. Supreme Court in the Heller decision held the Second Amendment protects the right to keep guns for traditionally lawful purposes, such as self-defense. Perhaps even more significant, the court also held the right to have guns is an individual right, and one not connected with service in a militia.

When a gun-related tragedy attracts excessive TV attention, however, congressmen and presidents usually feel the need to talk big about gun control. But they usually do little about it. Maybe President Donald Trump and Congress will finally deal with guns and mental health. But if they do, they won’t do more than that. And that’s as it should be.

The gun industry told us 20 years ago there were 200 million guns in private hands in this country. No one knows for sure how many there are today. In 2018, the Small Arms Survey estimated there are a mind-boggling 393 million civilian guns in America. And that’s up from 270 million in 2007, just before Barack Obama became president.

Thus, millions of liberals and conservatives, millions of wealthy and poor people, and millions of everyday professional and working people have guns. But only a miniscule number ever have a problem with guns.

The first mass murder in the United Sates was in 1949 when a deranged young man, Howard Unruh, in a 20-minute rampage with a gun in New Jersey killed 13 people and wounded 3 others. In the intervening 70 years, mass murders took place in most years in America. And their numbers skyrocketed after the year 2000.

To be sure, no one thing, other than perhaps mental health imbalance, can be said to be responsible for the increase of mass shootings. But one thing is certain — society has been far too slow to adjust to the speed of the technological tsunami of the last 20 years. And that huge technological wave closely relates to how guns are viewed in America.

Today we have worldwide television instantly dramatizing man’s inhumanity to man. Yet hundreds of shootings in Chicago every year draw little but tongue-clucking from folks who don’t live there. And a resigned shrug of the shoulders from those who do.

We have a movie industry, whose idols glorify to kids the use of all kinds of weapons, including machine guns. We also have exciting computer games that show kids bloody killings for hours at a time. And there’s professional sports, which ignores the violent character of players whom kids idolize.

It seems to me it would help improve society’s views about guns if our country’s leaders of both parties talked and did more about society’s need for better family relationships. Dysfunctional kids don’t usually grow up without dysfunctional parents.

There’s no doubt guns are viewed differently today than when I grew up. In many ways, today’s social views about guns are a sad commentary on how violent a society we’ve become.

When I was growing up in the 1930s and 1940s, if a child found a gun in the home and fired it, people blamed the parents, not the gun. Other than news reports and movies about war, violence was something kids just read about in books. Cowboy and Indian movies and wartime news reels were the most gratuitous blood and gore most kids saw.

When I was a kid, guns were proudly displayed in homes everywhere. They were even displayed on rear window racks in pickup trucks. In those days, anybody who used a gun improperly was considered a criminal, not a faultless victim of society.

A highly contentious gun issue today is whether citizens should continue to have access to semiautomatic weapons, like the AR-15 used in some mass shootings. There are over 15 million of them in America. And according to the National Rifle Association’s website, the AR-15 is the “most commonly used rifle in marksmanship, competitions, training and home defense.” If this is so, it would appear this type of weapon fits within the Supreme Court’s 2008 Heller definition of constitutionally permissible weapons under the Second Amendment.

Not long ago some folks thought President Obama was acting unconstitutionally and becoming a dictator. Today, other folks fear the same thing is happening with President Trump. And some of these folks have even talked about revolution and armed intervention to keep that from happening.

It’s obvious unchecked political rhetoric can cause unintended consequences to rational thinking about government. But in this regard, all politicians should remember, as President George Washington once remarked in 1799, that the best defense when attacked is a good offense.

The chief downside to turning 87 is, of course, not being able to know how future generations sort everything out about guns. In the long run, however, I suspect our grandchildren and their grandchildren will do just fine.

I’m confident our descendants will continue to recognize America’s free democratic republic is a profound rarity in world history. They’ll remember what America’s Founding Fathers realized all too well — that kings and dictators don’t come about when the populace they lust to control is armed.

So by the time the year 3000 rolls around, I suspect our gun rights will have readily withstood more minor tweaking. But our constitutional right to keep and bear arms will remain as strong as ever.

Don Haskell is a retired attorney and former Clatsop County commissioner who lives in Astoria.