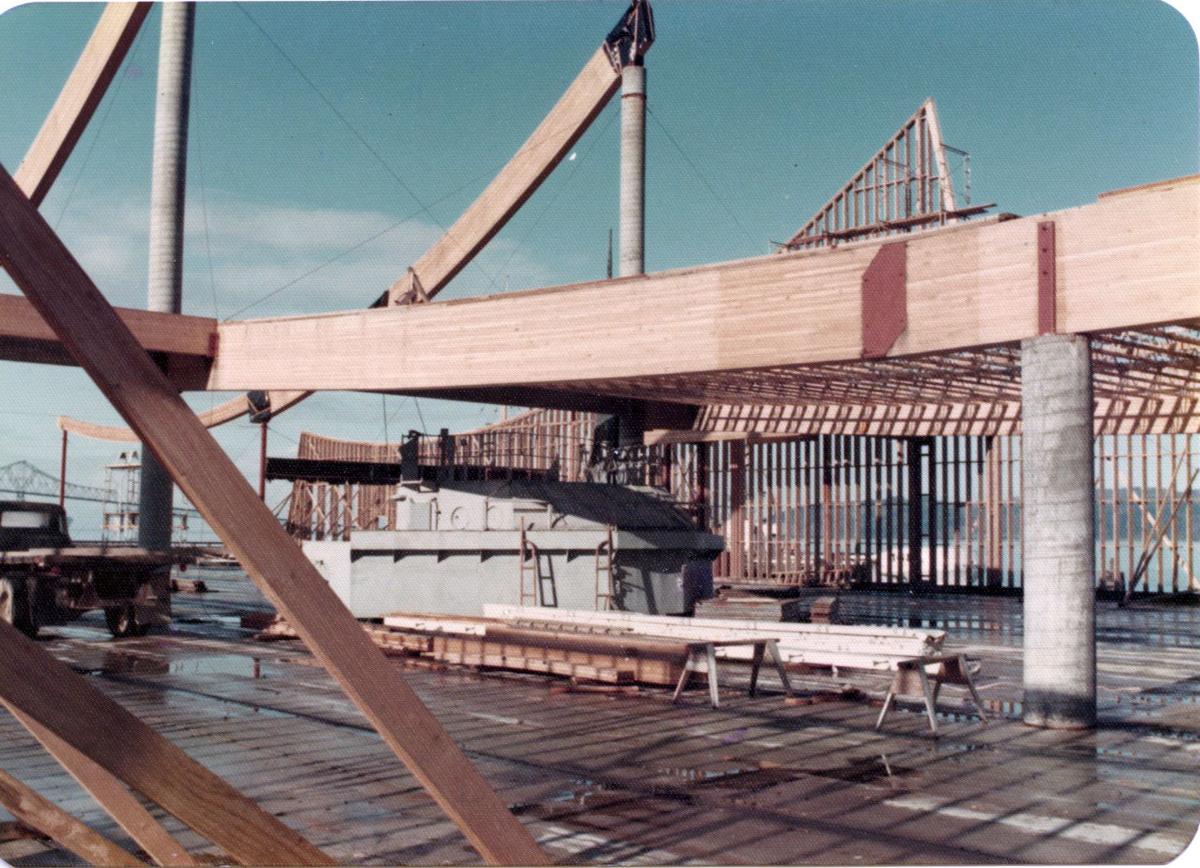 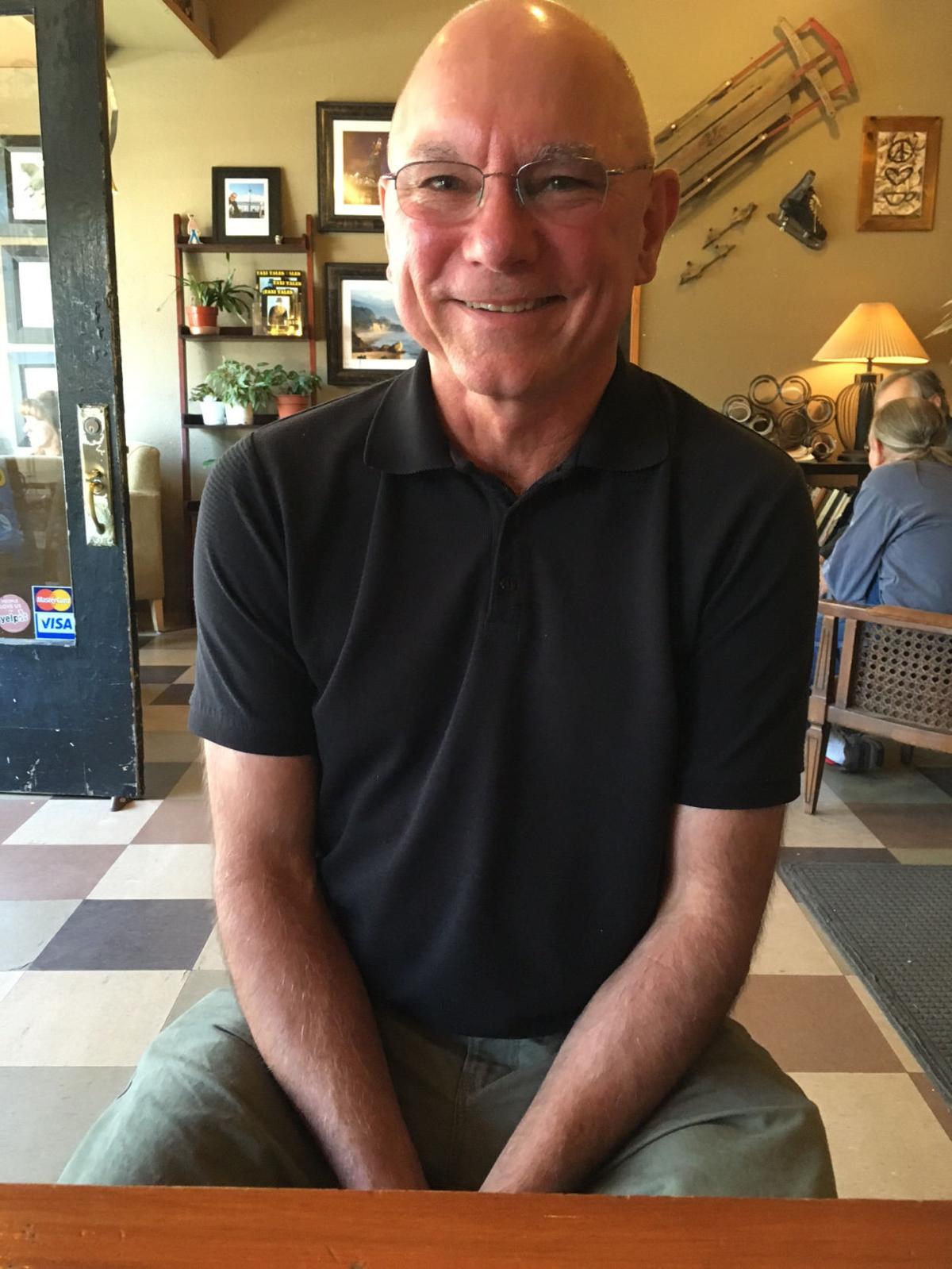 Roughly 30 years ago, I was in my shop attempting to bore a hole through a piece of steel plate when my next-door neighbor, Doug Bracher, wandered in. “You need to put a little oil on that,” he said.

“Oil?” I was new to the neighborhood and thought perhaps he was toying with me.

“Of course,” he said, with a perfectly straight face. So I did. Eventually, I came to realize the science behind his little tip: the oil makes drilling easier because it reduces friction. That means the bit will cut better and last longer.

Quite a number of construction-related tips would follow in the years that Doug and I were neighbors, but I wouldn’t come to fully appreciate his significant contribution to building projects on the North Coast until after he died.

Bracher was the building superintendent for Mittet Construction Co., out of Astoria, for many years.

Robert E. Lee recalls going to work for Bracher: “After graduating from Seaside High School, I headed for Hawaii. Eventually I came back home and started looking for construction work. I asked a friend what he thought of Mittet’s lead man. My friend said, ‘Well, the guy’s kind of an ---hole, but he’s a good guy to work for.’

“So I applied and got hired,” Lee said. “I wasn’t quite sure what to think of Doug and he probably didn’t know what to think of me. I was young and dumb. I was tan and had hair down to my shoulders. Doug had a crewcut and would start each day with a big cigar hanging out of his mouth.

“I can remember several times when Doug would pull up to the job site and immediately he’d start yelling, ‘Where’s that g-d hippie?’ referring to me, of course. Eventually, though, the guy began to grow on me.”

Bracher supervised the building of one of Astoria’s most iconic structures — the Columbia River Maritime Museum.

Lee remembers working for Bracher on that project. “Al Mittet didn’t believe in spending money renting equipment, so we had to make do,” he explains. “Doug devised a pulley system using a bicycle wheel. That’s what we used to hoist lumber off the ground. Seventeen hundred sheets of plywood. Even the glue lams (laminated beams) were hauled up using Doug’s bicycle wheel. A crane was used to set the beams in place, but that was it.

“It got pretty windy up there sometimes,” Lee said. “I had worked high-rises in Hawaii, but working in the wind on top of that Maritime Museum was really something.

“Doug worked hard and he expected the same from his crew, but he had a good sense of humor. I remember one time a couple steelworkers were eyeing the pile of cedar shingle scraps that was beginning to accumulate next to the museum project. Anytime they asked about them, Doug pretended that he was planning on taking the shingles home to his place. Eventually he allowed himself to be talked into parting with the shingles and the two guys hauled them away. What Doug didn’t mention was that the shingles had been treated with flame retardant,” Lee said with a grin.

“Once they figured that out, they decided to play a little trick on Doug. They took out an ad in The Daily Astorian advertising free firewood at the Maritime Museum building site. Anyone interested in the free wood needed to talk to Doug Bracher. We got quite a few interruptions thanks to that ad.”

Retired laborer, Rick Hessel, also remembers Bracher’s sense of humor. “Sometimes things would slow down between big jobs, but Doug would always do his best to keep us working. Al Mittet had a special relationship with AT&T, so sometimes Doug would send us out to build ‘AT&T high-rises,’ as Doug put it. In reality we were pouring slabs of concrete for phone booths,” Hessel said, smiling.

“Doug was smart as hell,” said Bracher’s stepson, Jay Bandonis, who now lives in the house where Doug once lived. “He was a real innovator,” he continues. “He just didn’t have the education. But his genes went on down through his kids and grandkids. His son became a business executive, his daughter a teacher, and her son earned a doctorate.”

In addition to overseeing the construction of the Maritime Museum, Bracher was also the superintendent on a number of other building projects on the North Coast, including the Astoria Library, the U.S. Bank building in Astoria and the Illahee Apartments.

“Doug worked hard and he played hard,” Lee said. Bandonis remembers the drinking. He says it eventually led his mom to give Doug the ultimatum. “To his credit, though, Doug quit right then and there,” Bandonis said. “He quit cold turkey, the same way he quit smoking.”

“Doug was a good dad. I was closer to Doug than I was to my own father. He would come to all my games. He even came to my games in college when I played baseball for Linfield,” he said.

“After Doug retired, he and my mom got very involved in the Hayshakers Square Dance Club in Warrenton. In fact, the two became square dance club officers at the state level,” Bandonis explains. “They did a lot of square dance-related travel together,” he said, “including trips to Hawaii and Australia.”

Bracher was a member of the Greatest Generation. “He was stationed at Battery Russell when it was shelled by a Japanese submarine,” Bandonis said. “He was interviewed quite a few times about that experience. Eventually, he became a warrant officer, serving in the European Theater. He was right in the thick of things.”

When my family and I moved in next door to Doug and his wife, June, 30 years ago, he had just planted the front acre of their place with fir seedlings. They’ve since turned into a healthy little forest. Thanks to Bandonis and his wife, Diane, the 4-acre property continues to look like a park. Doug would be pleased.

Doug Bracher was a 50-year member of the carpenters union, a decorated World War II veteran and lifetime member of the Seaside American Legion. He died in 2005, at the age of 86.

In his obituary, people were invited to plant a tree in his memory. I’m sure the offer is still good.

Mark Mizell is a retired English teacher who taught at Seaside High School.