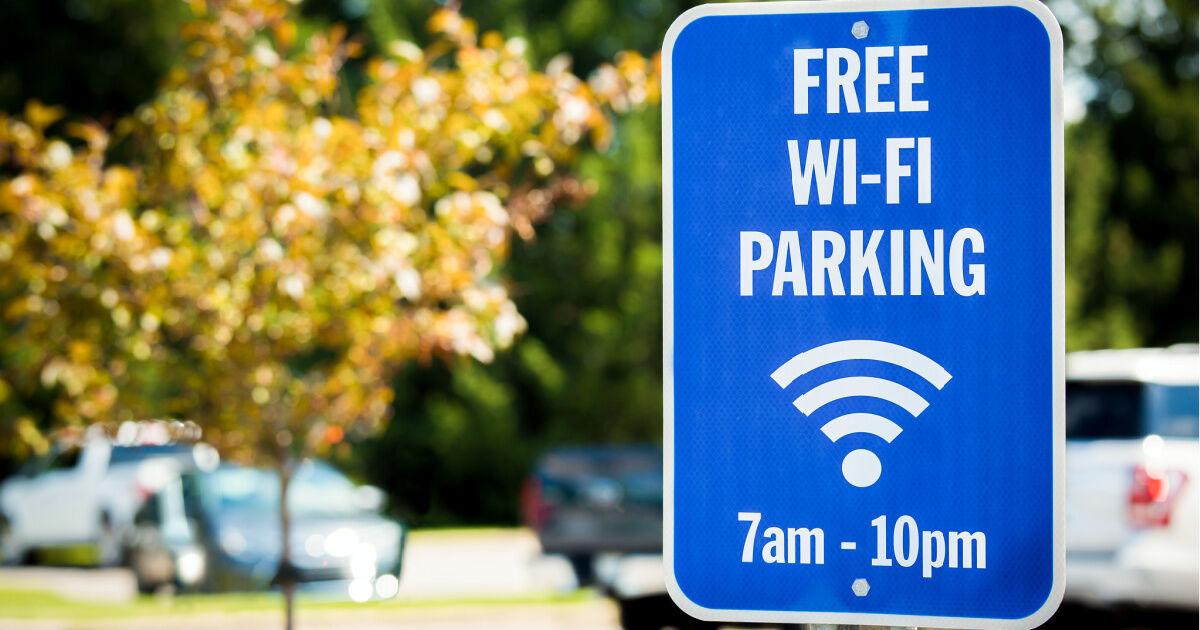 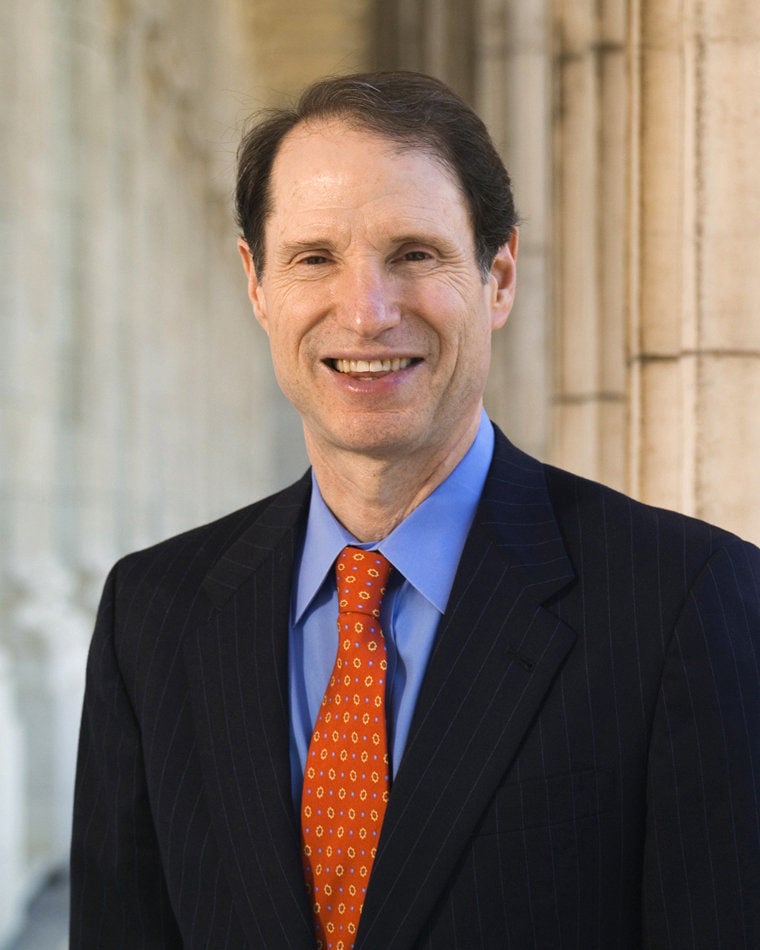 If there was any question whether broadband was an essential service, COVID-19 made the answer painfully clear — there’s nothing optional about a fast, reliable internet connection.

The tens of millions of Americans without broadband have been left scrambling to have any access at all to every aspect of society, from school to health care to work. The only way for the United States to claw our way out of the economic hole left by the last administration is if every family — no matter where they live — can be part of the recovery. And they only can do this with high-quality internet.

Since becoming a United States senator for Oregon, I have held, and continue to hold, town halls in every Oregon county, every year. I have seen firsthand how reliable broadband can lift towns up. And I’ve seen how rural and lower-income communities without first-class infrastructure are being left behind. The fact is, rural Americans have shorter life spans, more chronic health conditions, fewer economic opportunities and fewer educational opportunities than urban or suburban Americans. That’s unacceptable.

As chairman of the Senate Finance Committee, I’m making the case that broadband needs to be at the center of any infrastructure or relief package Congress passes this year. It’s time to get back to thinking big. Our country took on rural electrification during the heart of the Great Depression to ensure that every community benefited from modern technology. We also built millions of miles of federal highways to connect our sprawling nation. It is not dreaming too big to demand, right now: Every community should be connected to the 21st century shipping lane and communications pipeline — the internet.

In any economic situation it is foolish to leave money and opportunity untapped. In our current economic state, America cannot afford to maintain the economic and opportunity isolation in which huge swaths of the country suffer. It creates economic sacrifice zones. And while access to the internet is not a silver bullet, as a society we know that access to affordable, reliable broadband is one essential element necessary to set the right temperature to grow jobs and opportunity.

Connecting all of America to the 21st century shipping lane and communications pipeline requires tackling two challenges: accessibility and affordability. To get online you need a wire carrying broadband to your house, and it has to come at a price you can actually afford.

Poised to solve the problem, but not knowing the full extent of it, is where we are at right now. Estimates range from the Federal Communications Commission’s low of 18 million Americans lacking access to research showing that number is likely closer to 42 million, and that more than 160 million Americans are not using broadband internet. Of those, at least 18 million Americans simply can’t afford it, according to FCC Commissioner Geoffrey Starks. A combination of lax government oversight, outdated laws and underinvestment has left Americans paying some of the highest prices for the internet in the developed world.

Turning our connectivity crisis around won’t be easy. But drawing on the work of experts who have been studying this for years, here’s my blueprint for closing the digital divide.

Step one is putting cables in the ground to get internet access where it needs to go. Democrats put a $7 billion down payment on broadband in the end-of-year COVID-19 relief package, but Congress can’t stop there. In 2017, the FCC estimated it would cost $80 billion to expand access to every household, and the price tag has likely risen since then.

Congress can keep costs in check by putting smarter policies in place to prevent duplication and waste. For example, federal dollars should come with “dig-once” requirements to ensure that roads built with taxpayer dollars also include broadband conduits in areas that need them. And we need better reporting about where and how money is being spent, backed up by regular audits.

There also must be more access-related accountability for providers that receive federal funding. The federal government spends billions every year on broadband subsidies — about $5 billion annually — and, while big internet service providers have raked in profits, accessibility and affordability have stagnated. Some providers have abandoned taxpayer-funded broadband projects, leaving them half-finished, with few consequences. That has to change. Federal government contracts should include clear benchmarks and buildout requirements to make sure taxpayer dollars aren’t wasted and all communities are served.

As the government invests in new broadband infrastructure, it also has to devote just as much energy to bringing costs down. The internet isn’t accessible if it’s not affordable. That goes double in rural communities.

The first step is restoring net neutrality. That’s the principle that when you pay for access to the internet, you get to go where you want online, without the ISP erecting its own barriers or creating toll lanes for certain websites or content.

President Donald Trump’s FCC overturned net neutrality, despite its overwhelming popularity. That decision hamstrung the FCC’s ability to effectively police the broadband marketplace by obliterating its consumer protection authority over the providers. It’s no surprise that big internet providers responded by squeezing consumers to pad their profits. Carriers hiked prices, instituted unnecessary data caps and imposed punitive charges on their customers, even as the pandemic left millions of families isolated and dependent on the internet to interact with the rest of the world.

Restoring net neutrality and classifying ISPs as Title II common carriers would give the FCC the tools it needs to protect consumers against these vampiric tactics.

I also urge the new administration to use the current moment on antitrust to finally go after the predatory telecommunications monopolies, which leave millions of Americans with virtually no choice when it comes to broadband service. In fact, a recent study found that 82 million Americans live under a broadband monopoly. No wonder our costs are so high and service is so poor. There is no free market when it comes to broadband.

The combination of competition and regulation will create new incentives for ISPs to expand service in rural communities and other underserved communities, and raise the quality of service in places that already have it.

Finally, the government needs to ensure, once and for all, that in communities where the big ISPs decide it’s not worth their time to serve, cities and towns have the choice to operate their own networks. Oregon communities like Maupin and The Dalles have shown that municipal broadband can catalyze rural economies. So it is essential to knock down the state laws that ban municipal broadband service, even after decades of proof that it works.

President Joe Biden has made the smart judgment that it’s time for bold solutions that actually make a difference on the ground, that people can see for themselves. There’s no better way to bridge the political divide than by taking aggressive steps that tangibly improve people’s lives. No area is better suited for bold, aggressive action than broadband.

Ron Wyden represents Oregon as a Democrat in the U.S. Senate.