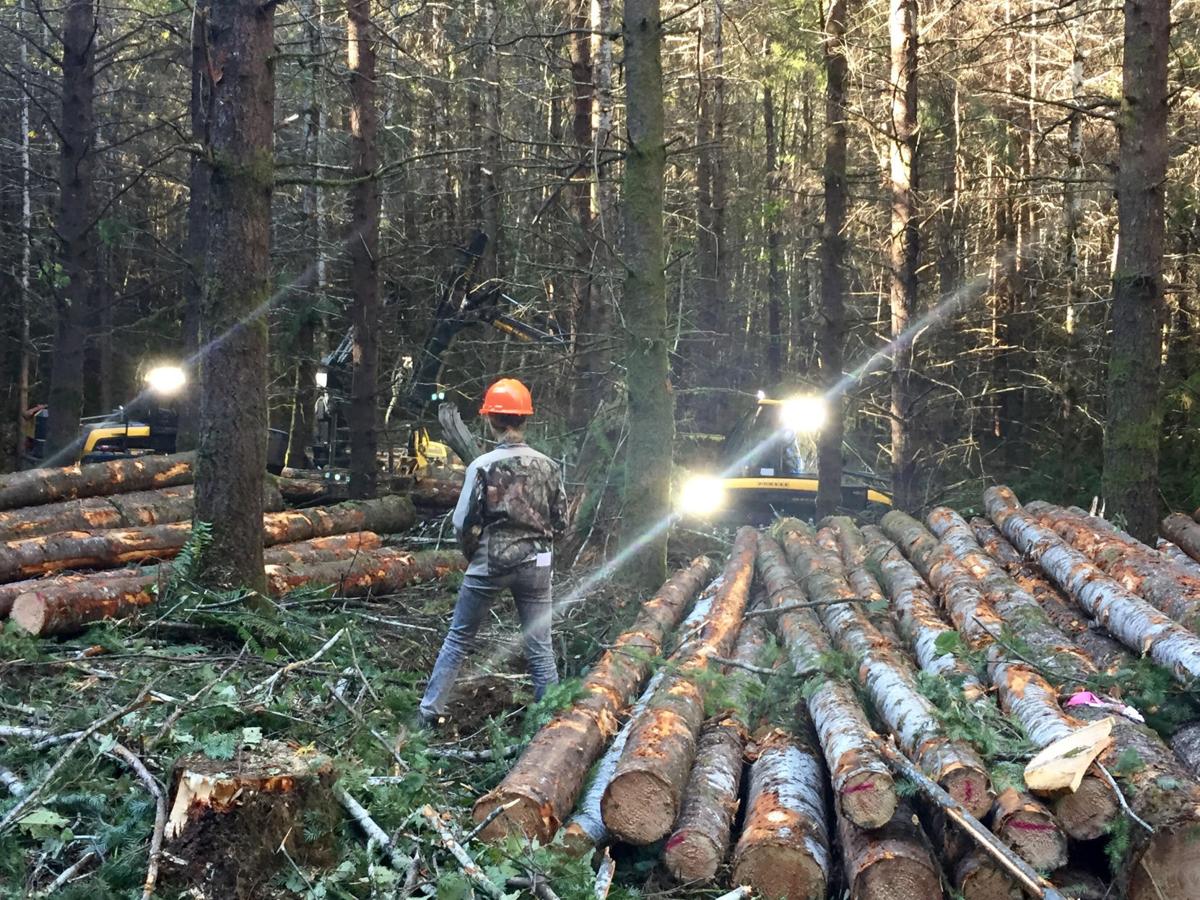 Some in the timber industry are concerned about a proposed habitat conservation plan. 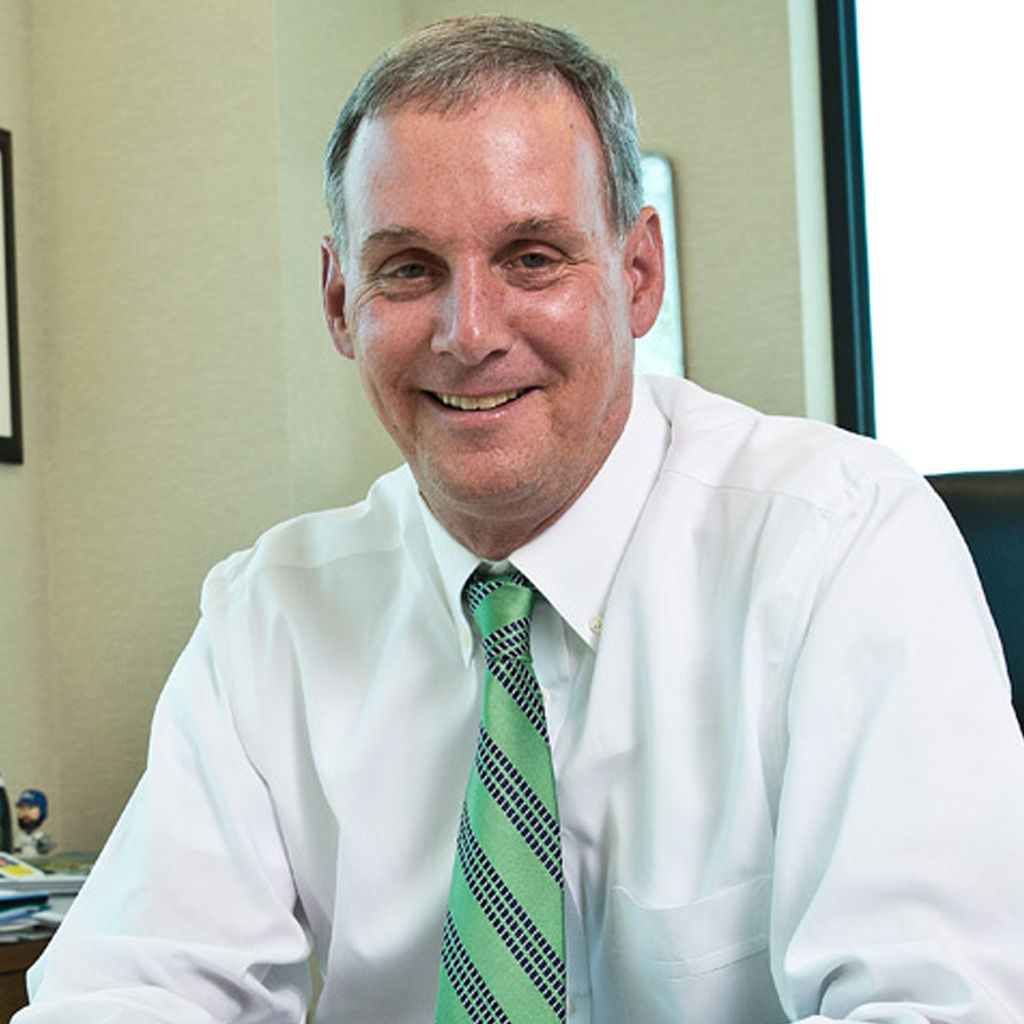 Oregon’s state forests are multiuse working forests, managed by the Oregon Department of Forestry to provide the “greatest permanent value” for surrounding counties, which includes harvest, recreation and conservation.

At roughly 745,000 acres, these lands represent just 4% of all forestland in Oregon but they are enormously important to North Coast communities. Around 41% of forestland on the North Coast is managed by the Department of Forestry and these forests account for 15 to 50% of the timber supply at our four Oregon sawmills.

Now the Department of Forestry is proposing to reduce the economic benefits of these thriving forestlands dramatically without consulting or gaining approval from the surrounding communities and county beneficiaries.

The department has released initial modeling of a habitat conservation plan, which could guide management of 640,000 acres of state forestland for the next 70 years and convert over half — 331,000 acres — into a wildlife reserve mainly for the spotted owl and marbled murrelet.

The proposed conservation set-asides change the agency’s focus from protecting existing wildlife habitat to actively creating new habitat. The result? Sawmill jobs will be lost and our state forests will become a financial liability for the state and local communities.

North Coast communities will be the hardest hit.

Nearly 80% of the proposed conservation set-asides — and the economic and social losses they inflict — would be borne by North Coast communities. As currently proposed, this plan would reduce harvests on the North Coast (Tillamook and Clatsop state forests) by 25 to 30% from current levels, resulting in $27.6 million in lost annual revenue to the state and rural counties, not to mention hundreds of millions of dollars in lost income and opportunities for local businesses.

It’s a terrible thing to have to close a sawmill. Back in 2003, we were forced to shut down our Fort Hill sawmill due to harvest reductions on the Siuslaw National Forest. These facilities are often the backbone of a rural community and it’s heartbreaking to have to deliver such news to employees and their families.

The loss of one small sawmill like our mill in Banks would result in $32 million in direct economic opportunity losses annually, including 130 direct and indirect family-wage jobs. Our Warrenton and Tillamook mills are over twice that size and each generate $100 million worth of economic activity in local communities.

We’re not the only business that depends on these forests. Roughly 25 sawmills currently purchase timber from Oregon’s state forests. Another 15 or so veneer, plywood, pulp, paper, particleboard and pellet manufacturers depend on those mills to provide raw materials for their operations.

Reduced Department of Forestry harvests will also trickle down and impact a wide array of small businesses. The proposed plan cuts timber harvests by 29 mmbf on Clatsop State Forest alone. Given going rates for local contractors, I’d estimate that’s a loss of approximately $7 million in annual income for Clatsop County’s family-owned logging and trucking businesses. In addition, Clatsop County could lose an additional $7.6 million in revenue annually for schools and other public services once this plan is fully implemented.

We’ve seen what happens when public land management swings out of balance. Back in the early 1990s, nearly 18 million acres of federal forestland in Oregon were effectively converted into a habitat reserve for the spotted owl. Harvest levels on these forests were reduced by 90% in the hopes that it would improve conservation outcomes for the threatened birds. Dozens of sawmills closed and communities crumbled. Thirty years later, spotted owl numbers continue to decline while the majority of federal forestland grows increasingly overcrowded, diseased and prone to catastrophic wildfires.

Oregon’s state forests are supposed to be self-sustaining. It is possible to harvest enough timber to cover the costs of managing these forests while providing recreational opportunities and fulfilling the state’s legal obligation to abide by environmental laws and generate revenues for the surrounding rural counties.

The Department of Forestry has already reduced harvest levels to the point where they can no longer afford to protect and manage the forestland in their charge. They are now reaching out to seek financial support from the state’s general fund, which reduces available revenue for important social services, such as education, transportation and public health. Further reducing harvest levels is an added and unnecessary drain on Oregon’s already overburdened finances.

Public land management needs to strike a reasonable balance to be sustainable.

Over the past 10 years, litigation and advocacy pushed by a handful of environmental interests has restricted the department’s ability to manage state forests. By pursuing a federally assured habitat conservation plan, the department hoped to stabilize harvest levels and reduce litigation while providing better conservation outcomes.

The plans are developed at the discretion of the landowner, which can be a private company or a public agency, and are done in consultation with federal wildlife agencies. When the Department of Forestry started the process, it assured stakeholders that it would pursue a plan that would maintain or increase harvest levels while improving conservation outcomes for vulnerable species.

I believe this still can be done given the current timber inventory on state forests. However, as proposed, this plan appears to lock in an unsustainable financial future for North Coast forests for generations to come by reducing harvests and revenues below levels needed to sustain the forest and the surrounding manufacturing base.

In fact, this plan commits a higher percentage of lands to environmental preservation than any we’ve seen in California or Washington state.

We are not necessarily against a habitat conservation plan in concept. We support the protection of sensitive habitat and a healthy balance among economic social, and environmental values. In addition to protecting endangered species as required by federal and state laws, to be successful a plan must allow for harvest levels that provide long-term revenue and economic opportunities for rural counties and cover the Department of Forestry’s management costs.

Turning state forestland into a mostly one-dimensional space — a massive wildlife reserve — is not a balanced approach. The social and economic losses might not be felt immediately, but that should be no comfort to businesses or communities. This plan reflects a fundamental shift in how and for whom these forests are managed. It would refocus priorities away from surrounding communities who use and depend on these resources toward habitat creation no matter the cost.

Working state forests do more than provide wildlife habitat and clean water. They also represent a smart, locally beneficial strategy to help address global climate change. All state forest timber is manufactured locally to create lumber that, when used in building projects, sequesters carbon. We use 100% of each log that comes through our mills. What isn’t made into lumber is used to power our dry kilns or sold for pulp, paper and other recyclable products.

The U.S. currently imports 35% of its softwood lumber from other countries. Decreasing harvests in Oregon would only increase harvests in other parts of the world — and in places with less stringent environmental laws — and export the social and economic benefits associated with these lands.

Between now and Oct. 6, the Department of Forestry will be collecting public comment on the proposed habitat conservation plan. Hampton will be working with the department to help identify opportunities to improve the plan, but we cannot support a plan that fails to protect the long-term sustainability of forest sector businesses or serve the broader interests of local communities.

Board of Forestry meetings tend to be a forum dominated by the same, small set of special interest groups, but board members need to hear from all those who will have to live with the long-term effects of dramatic harvest reductions on state forests. I encourage all those who care about sustainable working state forests on the North Coast to reach out to the Board of Forestry and elected officials and make their voices heard in this process.

Steve Zika is the chief executive officer of Hampton Lumber.