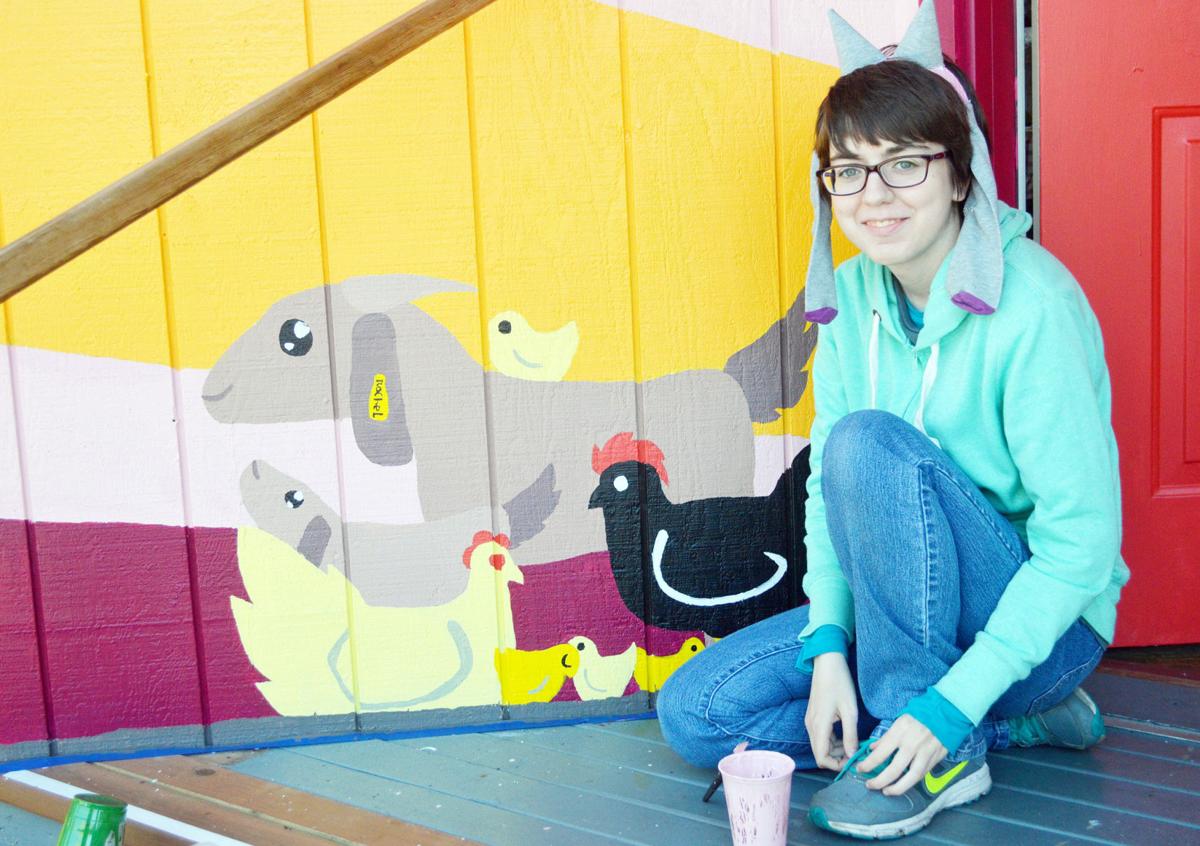 Rachel Najera poses next to her creation on the wall at the North Coast Food Web. 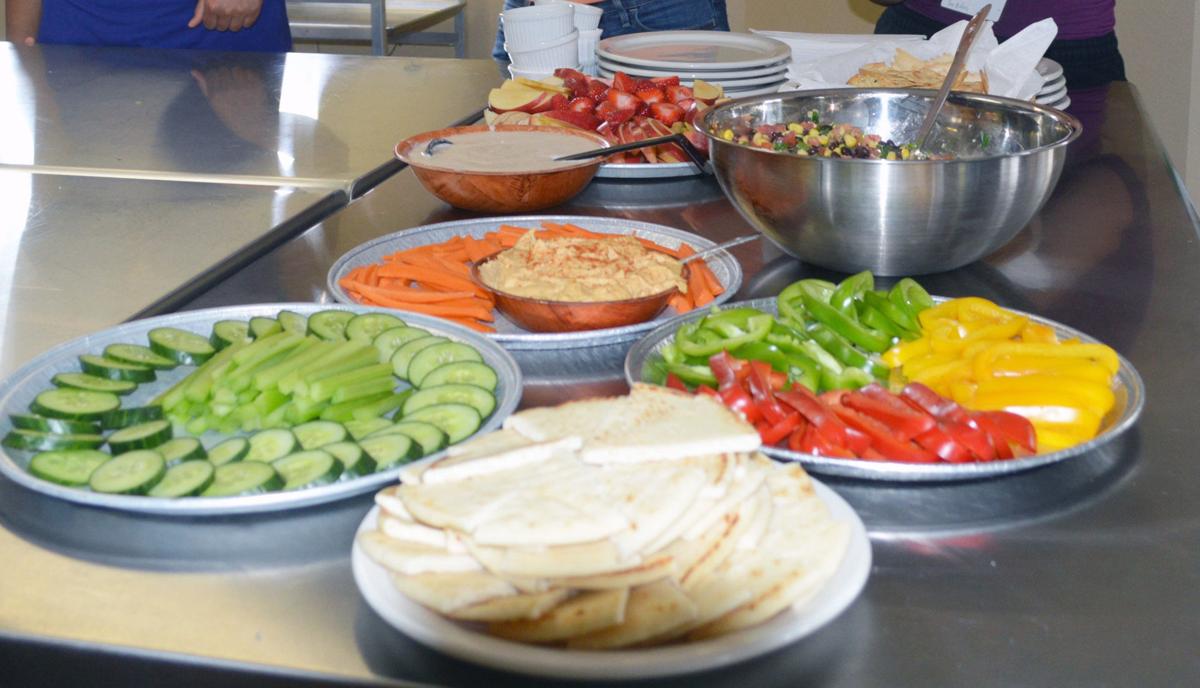 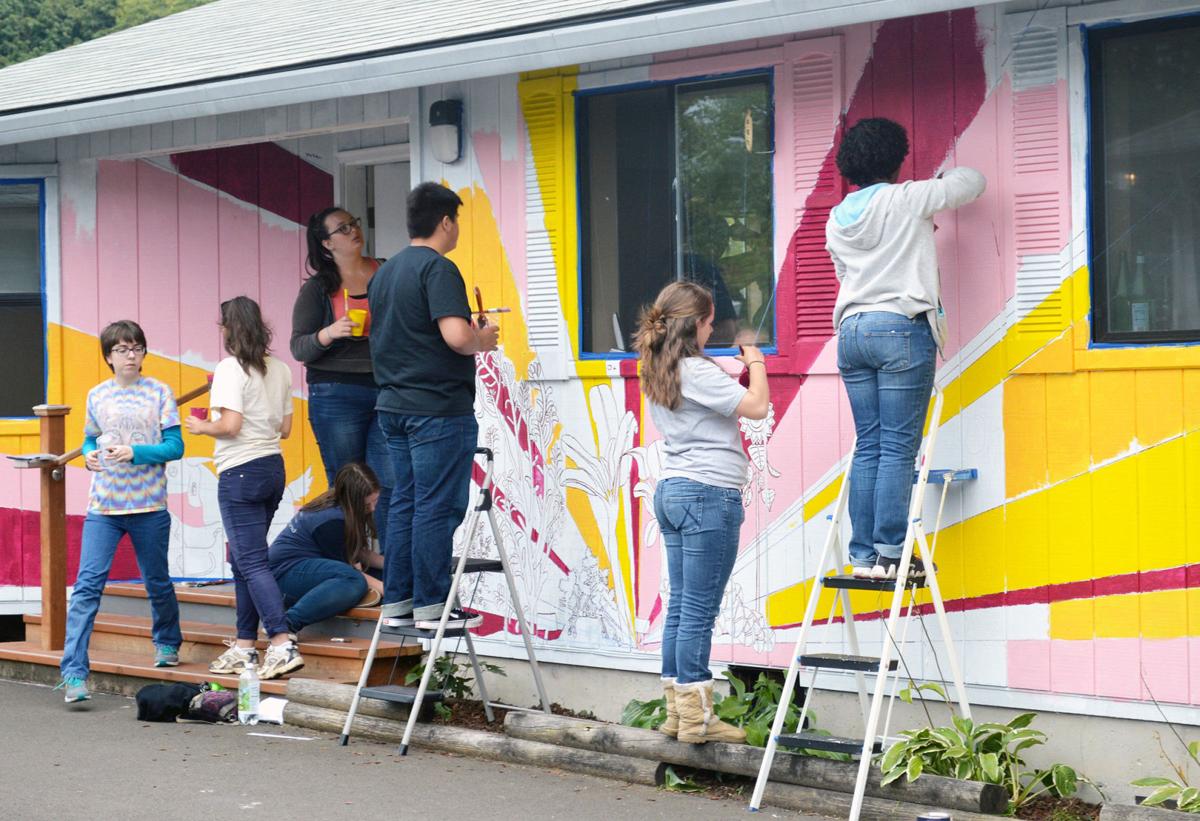 Upward Bound students designed and painted a mural on the side of the North Coast Food Web at 577 18th St.

Rachel Najera poses next to her creation on the wall at the North Coast Food Web.

Upward Bound students designed and painted a mural on the side of the North Coast Food Web at 577 18th St.

Teenagers over at the North Coast Food Web are inside cooking, while other teens paint a mural on the side of the building. Yet more teens are creating a play to present at the Performing Arts Center. All three groups are part of Upward Bound, a federal program to prepare students for college.

The local Upward Bound program serves Seaside, Warrenton and Astoria high school students from low-income families as well as those families in which neither parent holds a bachelor’s degree.

“The six-week summer academy is experiential learning,” says Moria Golub, an adviser for Upward Bound. “They are not put through testing standards. They get out of it what they put into it.”

The cooking group is studying “Food Systems, Food Conversations.” They have seen films and listened to speakers about nutrition, food access and food deserts. They visited a local organic farm and picked berries in the wild and on a U-pick farm.

“This is awesome,” says Asia Lambert, one of the students. “I like cooking with all natural ingredients that are good for you.”

As they look over the fruits, vegetables and salad they have prepared, one boy yells, “This is what I live for – hummus and pita bread!”

Wendy D’Agostino, cooking instructor at the Food Web, says, “In the fifth week, they are making more thoughtful food choices, even at home. Today they all took everything. That is better than in the past. Early on, they wanted their BLTs without the L and the T. The only second helpings they asked for were bread and mayonnaise. Now they are eating fruits and veggies.”

In the kitchen or outside, teamwork is essential to these projects. “They worked together as a team, evaluating recipes and figuring out how to approach the task,” D’Agostino says.

The mural painters also studied food and farms, looking at plants, drawing and sketching. After drawing the outlines on the Food Web wall, it became like a “coloring book project,” says project leader Miki’ala Souza.

She says, “I want them to do everything – make the decisions, create designs, themes and submit colors. We started with some inspiration and rules, but the students made all the decisions.”

“I love it,” says Sadie Wooldridge. “None of the work was decided for us. It’s a great opportunity to do something for our community.”

“We got to make our own choices, which we don’t get to do in school” says Brittany Virgillo.

As they paint, the students discuss some of the opportunities they have experienced. Adam Morse loved seeing the play, “In the Heights,” written by the same man who wrote the Broadway hit, “Hamilton.”

“It was different, but you could recognize some of the music similarities,” he says.

Visiting different college campuses was a big plus. Several students were impressed with Portland State University, while others leaned toward Linfield and Western Oregon.

Upward Bound offers stipends for reaching college-related benchmarks, Golub says. Applying for scholarships or meeting GPA goals are ways to earn the stipends. Monica Alward says the stipends can pay for the ACT and SAT tests, which are expensive.

Susan Cody is the communications lead for the Clatsop County Way to Wellville. She is also a former deputy managing editor for The Daily Astorian.