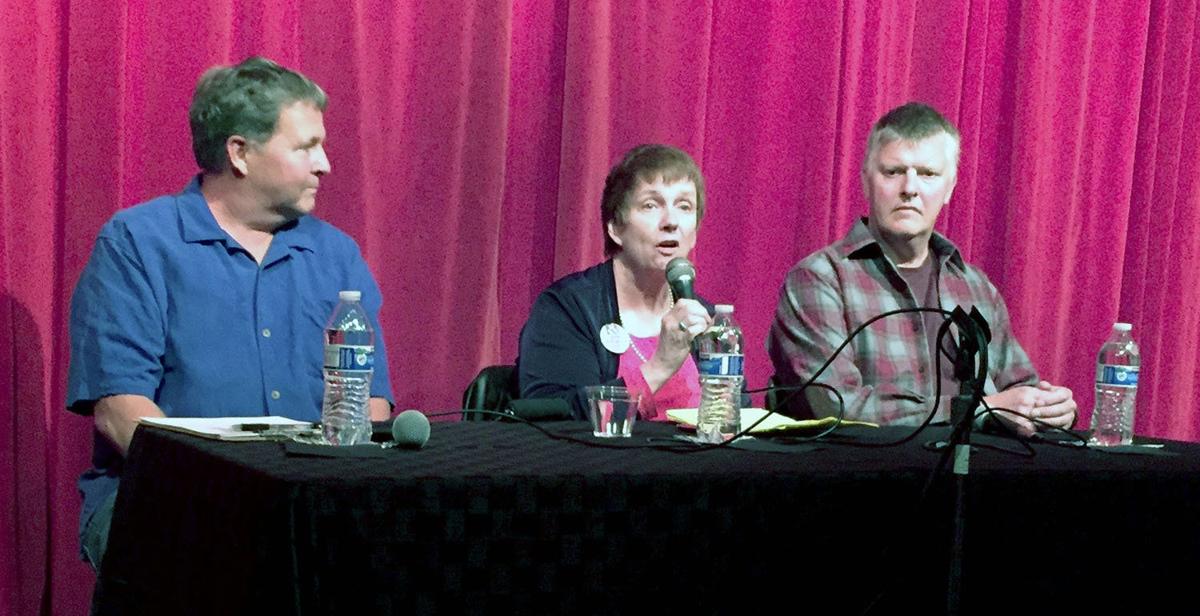 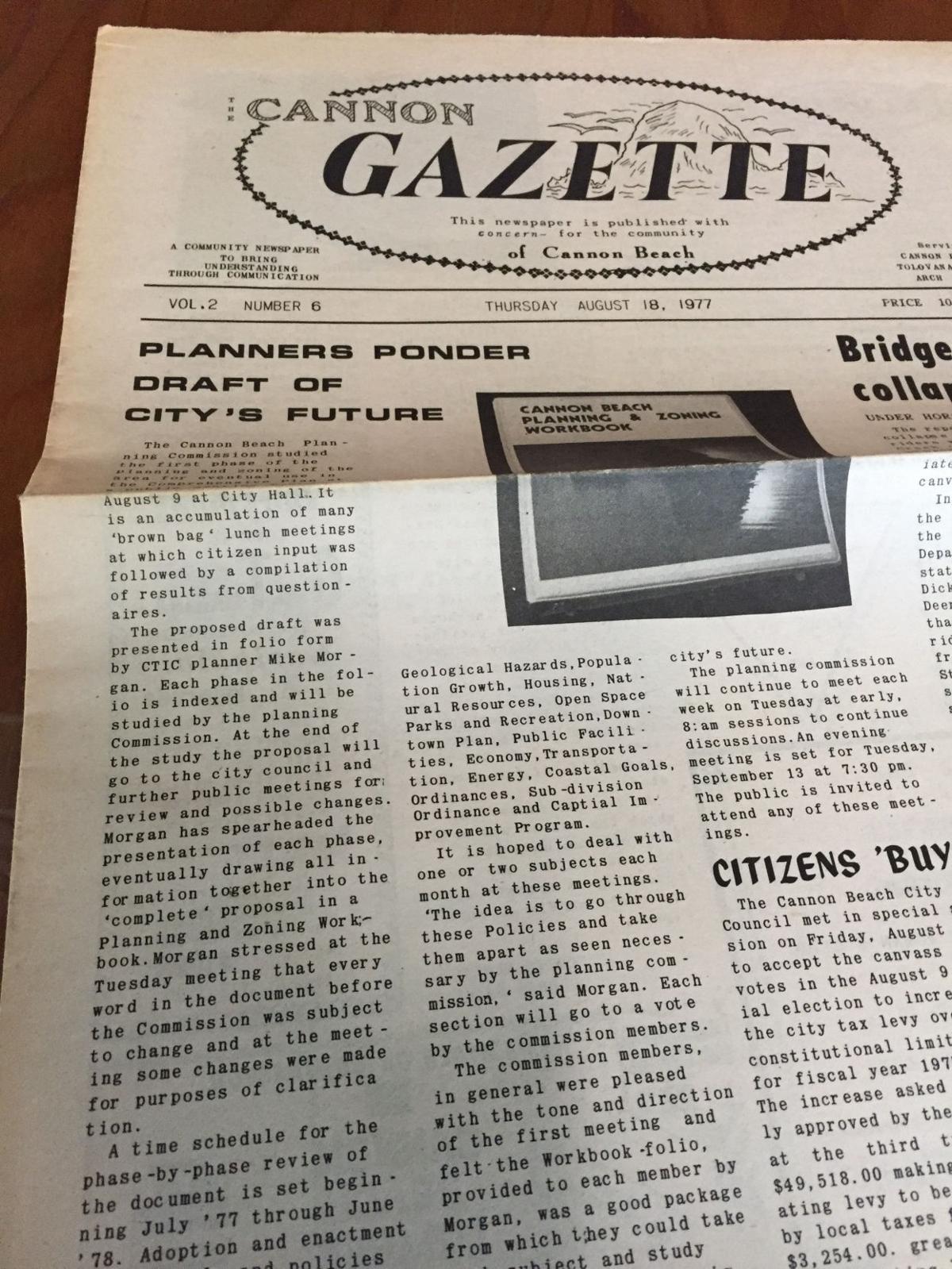 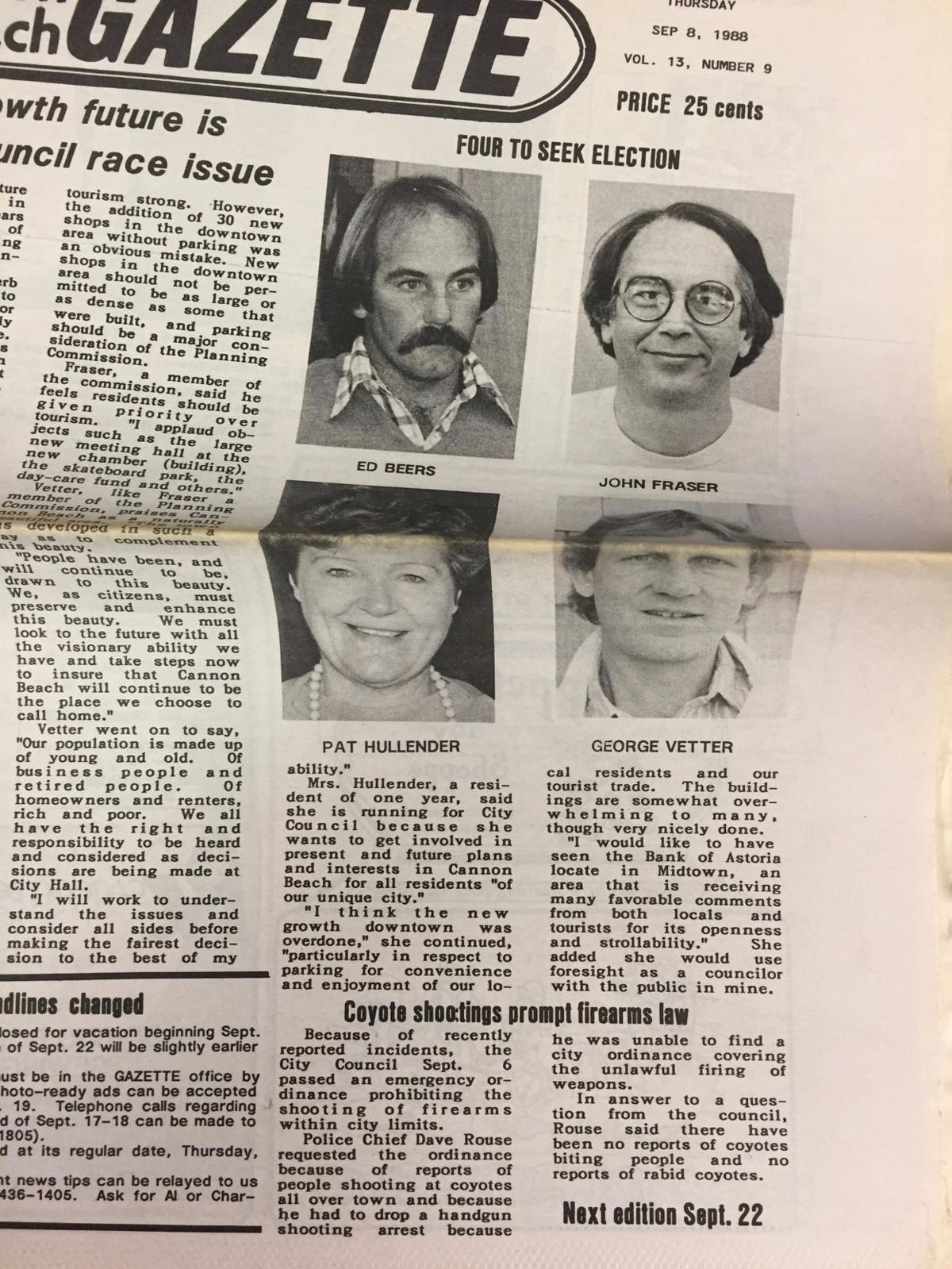 Council candidates in 1988. Councilors, like staff, offer an insight into the city's “institutional memory.” George Vetter, lower right, is a current council member. 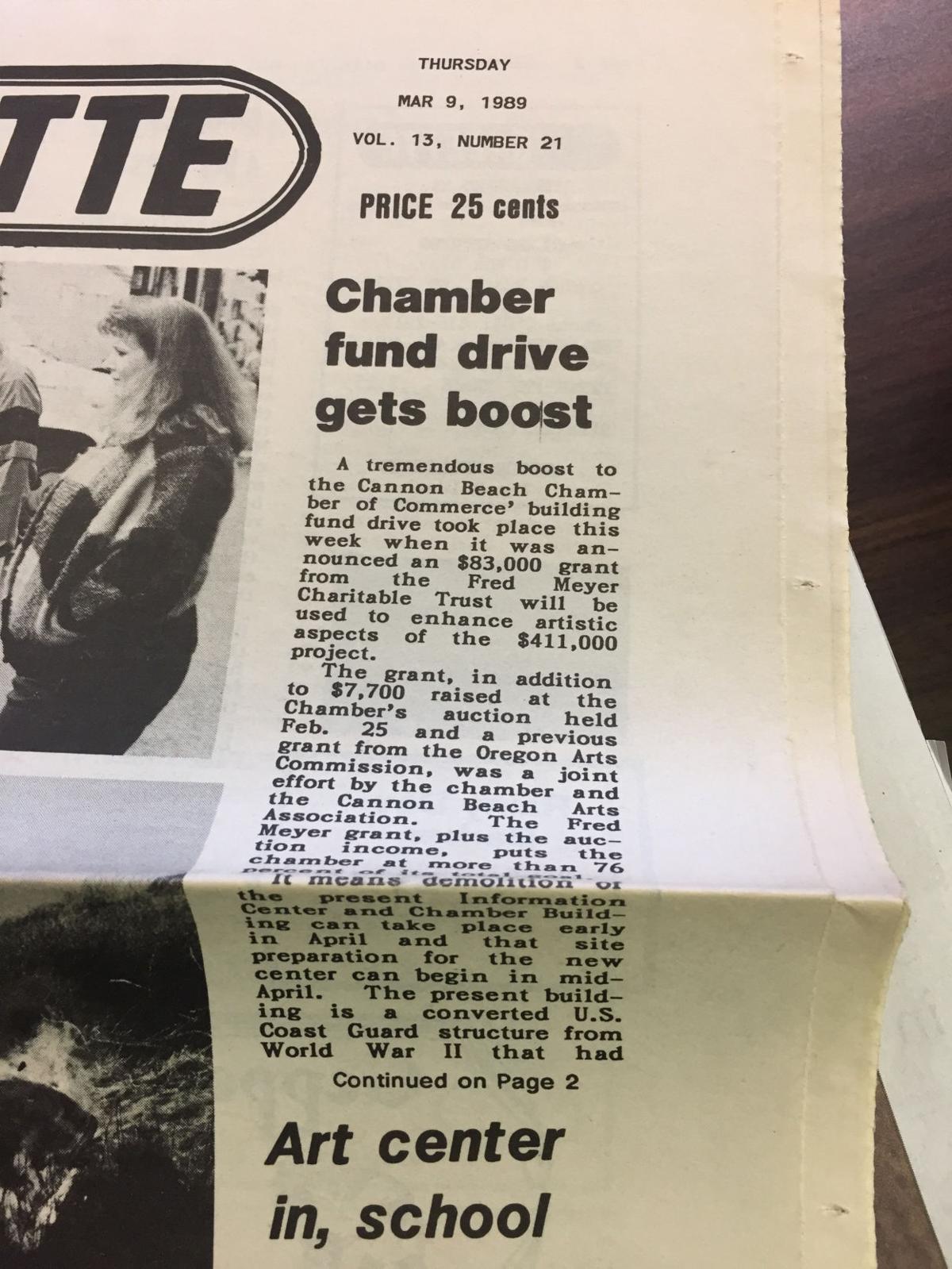 The role of the Cannon Beach Chamber of Commerce has evolved throughout the years.

Council candidates in 1988. Councilors, like staff, offer an insight into the city's “institutional memory.” George Vetter, lower right, is a current council member.

The role of the Cannon Beach Chamber of Commerce has evolved throughout the years.

Of their four legislative priorities — property tax reform, restoring recreational immunity, transportation funding and state employee pension reform — not one of these was raised in a Cannon Beach City Council candidate forum earlier this month. The city’s priorities remain as separate and iconic as its geography.

Candidates Brandon Ogilvie, Herb Florer and Nancy McCarthy focused on the unique characteristics of a city where 1,500 residents play host to 750,000 guests. They pointed to crowded city streets, a lack of parking options and a dearth of housing for local employees, especially those in the service sector.

While the unity of the candidates fell short of a kumbaya moment, there were a few jabs thrown at city staff and the Cannon Beach Chamber of Commerce.

The chamber’s role as a function of city government was debated and city officials were accused of lacking “institutional memory.”

When a city manager, city planner, public works director and police chief all left at the same time, changes came in the city’s management style, sometimes discomfiting older residents and leaving newer ones without a road map.

“We’ve lost a lot of institutional knowledge,” Ogilvie said. “It’s up to us and the people on the City Council to try to keep the character that this town has developed and built and ensure that it stays the way we would like it, rather than be changed by someone else governing the city that just didn’t have the understanding and knowledge of those who previously occupied those jobs.”

Part of the problem is that some city staff either do not live in Cannon Beach or cannot afford to do so.

“We’ve had such a huge change in management,” McCarthy said. “Some of the city officials that have been hired in the past few years should go out and get to know the community.”

Florer said relationships between City Council, city management and citizens could be improved via better communication. The City Council has a duty to “guide and monitor the city staff,” he said.

Forum moderator Andrew Tonry pointed out sections of Tolovana Park were omitted from the recent citizen survey because officials were unaware the community was part of Cannon Beach.

Candidates had differing expectations for the chamber and its role in the community. How much tourism is too much, and how much should be spent on promotion?

“We have to decide if we want to maintain a small village arts atmosphere that we have or if we’re going to become a high-end destination resort,” McCarthy said.

“I’d like to see us preserve our village atmosphere,” she said. “The biggest challenge for me will be clinging to the small-town feel — especially in a world of encroaching national events. I think Cannon Beach is at a crossroads right now.”

There is no longer an off-season, McCarthy said, and “some of the tourism that we have today is diluting the community spirit that we have all known for so long.”

Florer identified the divergent goals between drawing tourists and managing local infrastructure. “My biggest issue is the influx of people as our community has grown,” Florer said, citing limited parking and traffic jams.

“I’m conflicted at almost all times — but it’s what we are,” Ogilvie said. “I think the best we can do to welcome people to this town, and at the same time, try to create an atmosphere that is workable for those of us that live here.”

What we hear the candidates saying is they want to take a fresh look at the relationship the city and chamber of commerce and a determination that this is the best formula for the city. The city needs to clarify the chamber’s roles and objectives, complicated by the state’s unique tourism fund distribution rules.

Maybe the state lodging tax —70 percent of the new 0.8 percent tax increase that goes to “putting heads in beds” — is something to be discussed not only locally but at the League of Oregon Cities and in Salem.

Why can’t a larger portion of those funds go to city infrastructure needs — like replacing the Fir Street Bridge — that would not only benefit residents, but also potentially save the lives of visitors in the event of an earthquake and tsunami?

Whichever candidates prevail, there needs to be enhanced communication between council, residents and staff.

The divide could play out on a number of issues — be it transition of the e-prep committee from volunteer to staff support, action on resident survey results, commission and board decisions and more.

As long as residents feel a disconnect from their city officials, the sense of community and small-town values — the institutional memory — invoked by Florer, McCarthy and Storer will never truly be instilled. A 35-percent confidence rating in city government, as indicated in the city survey, is not high enough.

In Cannon Beach, city councilors will be expected to build a new institutional memory that matches the colorful, historic small-town past with today’s Cannon Beach international brand.