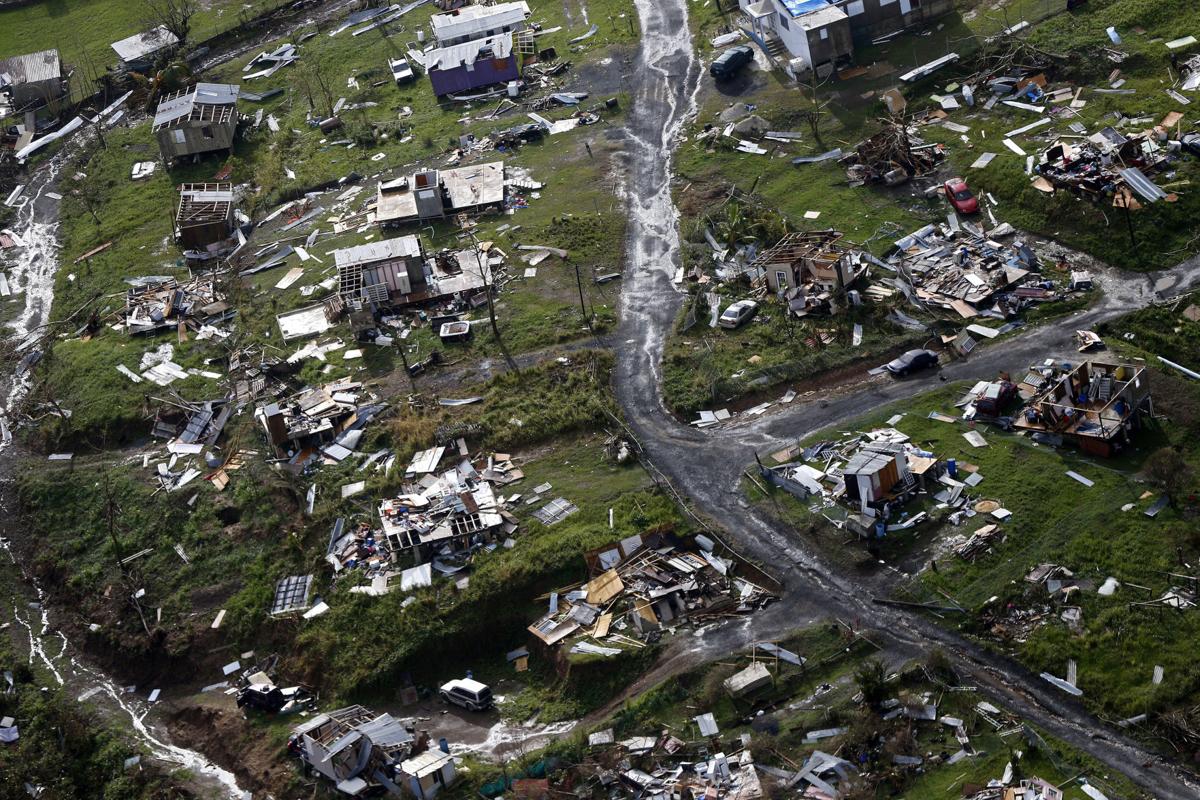 Destroyed communities are seen in the aftermath of Hurricane Maria in Toa Alta, Puerto Rico, in 2017. It resulted in a near-total shutdown of the U.S. territory’s economy. 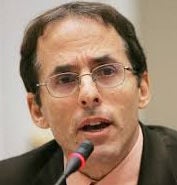 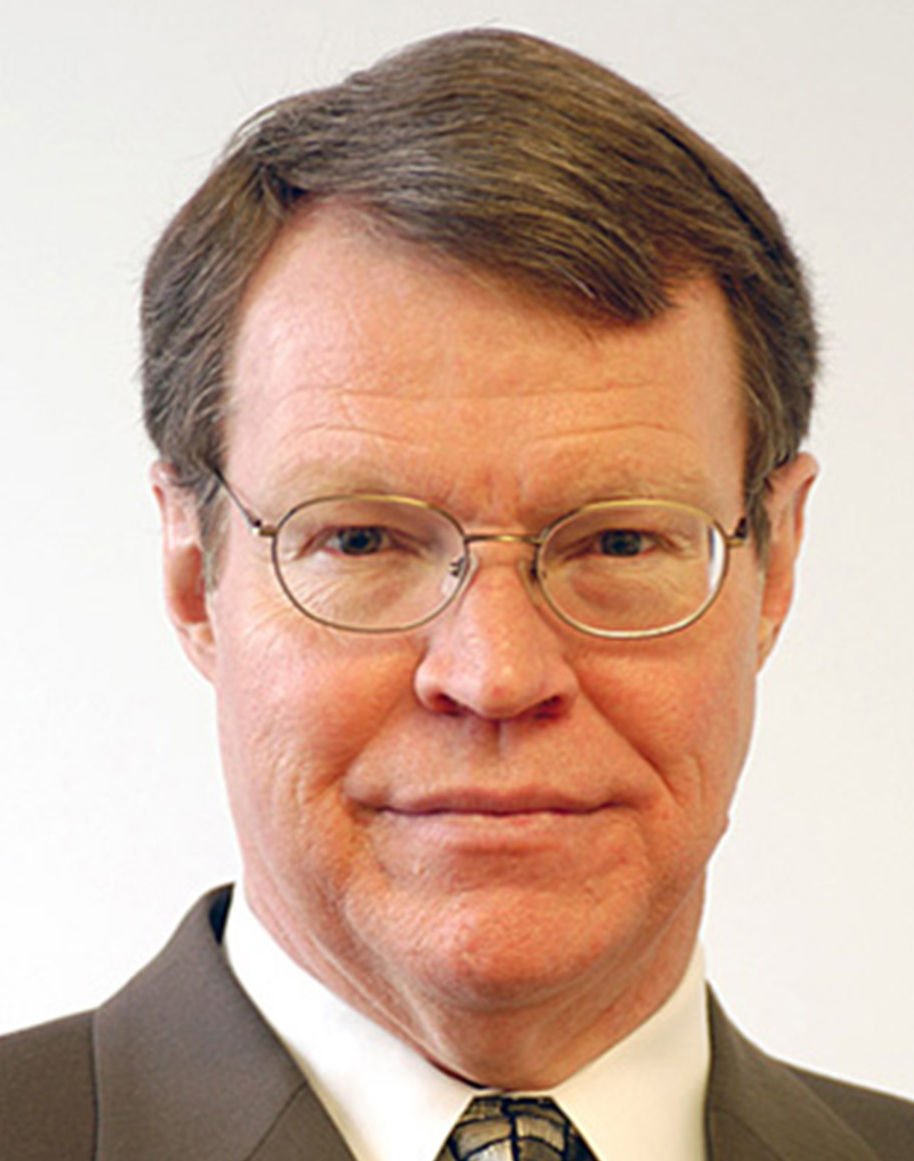 Destroyed communities are seen in the aftermath of Hurricane Maria in Toa Alta, Puerto Rico, in 2017. It resulted in a near-total shutdown of the U.S. territory’s economy.

PRO: US way too stingy in helping Puerto Rico recover from Hurricane Maria

WASHINGTON — The recent restructuring of part of Puerto Rico’s debt — bonds backed by sales tax revenue — will not leave the island’s economy with a sustainable debt, unless its other creditors give up vastly more.

They will fight this outcome, and also fight to get as much of the hurricane relief money as possible in their pockets.

Here is a scandal: Puerto Rico has a Federal Oversight and Management Board (FOMB) created by the U.S. Congress and appointed by the president of the United States, which is in charge of its finances.

Its budget, financed by Puerto Rico’s taxpayers, is $1.5 billion over five years, or $300 million a year.

How much money is that relative to Puerto Rico’s economy? Well, if it was the U.S. economy, it would be more than $85 billion dollars a year.

To be clear: Its management board is not a government, but just a board that examines and projects the government’s finances.

Imagine the U.S. Congressional Budget Office with its own budget of $85 billion a year. Its actual annual budget is $50.7 million.

The vast majority of the FOMB’s budget, some $1.1 billion, goes to advisers and consultants. And there are serious potential conflicts of interest among the board itself.

How can this scale of corruption, overseen by the U.S. Congress, even happen?

It’s because Puerto Rico is a colony of the United States. Puerto Ricans are U.S. citizens but they have no voting representatives in Congress. Yet they are bound by its decisions, and those of the executive branch.

For the same reasons, Puerto Rico was vastly unprepared when Hurricane Maria hit the island on Sept. 20, 2017.

And the U.S. government’s response to residents’ emergency needs was painfully slow and negligent.

A video of President Donald Trump tossing rolls of paper towels as if they were puffy basketballs at a press conference in a church in San Juan, on Oct. 3, 2017, was hideously symbolic.

An estimated 3,000 people died from the storm, many of them from lack of access to medical care that could have been provided with a proper response to the disaster. Electricity was only fully restored almost a year later.

“The U.S. government explicitly said because Puerto Rico was our colony, we will not allow you to ... adopt your own bankruptcy law ... but as a colony we have decided that our bankruptcy law won’t cover you either... And it’s a moral outrage.”

Puerto Rico was already stuck in an unusually long economic decline — also resulting in large part from its colonial status — before the devastation of Hurricane Maria.

In August of 2017 it had already suffered a lost decade, going without economic growth since 2005. Its poverty rate was 58 percent, about three times that of the 50 states.

And the FOMB approved an austerity program that forecast a second lost decade — no economic growth through 2024. An economic decline of this duration is extremely rare.

The board has a new plan that is more optimistic, but even less realistic than the old one. There is a serious risk that Puerto Rico will again get caught in a downward spiral of austerity to pay for unsustainable debt service, more emigration and continued economic decline.

As what amounts to a colony of the United States, this is way too high a price for Puerto Rico to pay.

Mark Weisbrot is co-director of the Center for Economic and Policy Research, a progressive think-tank in Washington, D.C.

CON: US sending billions more to Puerto Rico than to Texas, Florida and Louisiana

In response, Congress provided significant disaster relief — though not as quickly as one might hope. Some think Puerto Rico has been shortchanged. The numbers tell a more nuanced story.

To begin with, Washington has allocated $42.3 billion in federal disaster relief for Puerto Rico, according to the Federal Emergency Management Agency’s “spending explorer” tracking website.

That’s 42% of disaster relief appropriated for states and territories — and that does not include some $17 billion in the new disaster relief package moving through Congress.

By contrast, Texas was allocated $25.8 billion, Florida $8.1 billion, and Louisiana $2.9 billion, according to FEMA.

One can claim $42.3 billion is not enough — and Puerto Rican officials are doing exactly that — but it certainly is a lot, and much more than other hard-hit states.

Not all of the allocated funds have been distributed. Government relief agencies go through a process — this is the government, after all — both to ensure fairness and to limit fraud, though emergencies can initiate an expedited process.

Importantly, FEMA was already consumed with Harvey’s aftermath when Maria hit, which may have slowed the response. People and resources were strained. Government can be slow to act in the best of times — and this was far from the best of times.

As National Public Radio reported about a week after the disaster, “at the port of San Juan, row after row of refrigerated shipping containers sit humming. They’ve been there for days, goods locked away.” One shipping company had more than 3,400 commercial crates at its terminal. At other ports “stranded crates total an estimated 10,000.”

Months later FEMA responded to criticism by asserting, “An ideal response to any disaster is one that is federally supported, state managed and locally executed.”

FEMA’s efforts build on and are subject to “the capacity of the state, territorial, tribal and local governments.” It was a polite way of saying that the agency didn’t get the “state management and local execution” it needed.

Finally, while no one can doubt Maria’s devastation, Puerto Rican officials may be exploiting it to obscure their own failures and siphon more money from Washington.

Puerto Rico has long embraced the high-tax, bloated-government and generous-welfare state being proposed by so many Democratic presidential candidates. That approach has impoverished the island and run off businesses and high-earners.

The island’s unemployment rate is 8.7 percent, compared to 3.6% nationwide. Nearly half of the population is on Medicaid. And the government is the island’s largest employer, about 20% of the workforce — down from 26% a decade ago.

Last year, the Government Accountability Office criticized “the Puerto Rico government’s inadequate financial management and oversight practices,” noting that “Puerto Rico has roughly $70 billion in outstanding public debt and $50 billion in unfunded pension liabilities and, since August 2015, has defaulted on over $1.5 billion in debt payments.”

These are the same Puerto Rican officials who managed the Maria crisis.

Puerto Rican politicians and their defenders see the catastrophe as a way to get even more money from Washington. Or, as Rahm Emanuel put it, “It’s an opportunity to do things you think you could not do before.”

Merrill Matthews is a resident scholar at the Institute for Policy Innovation.