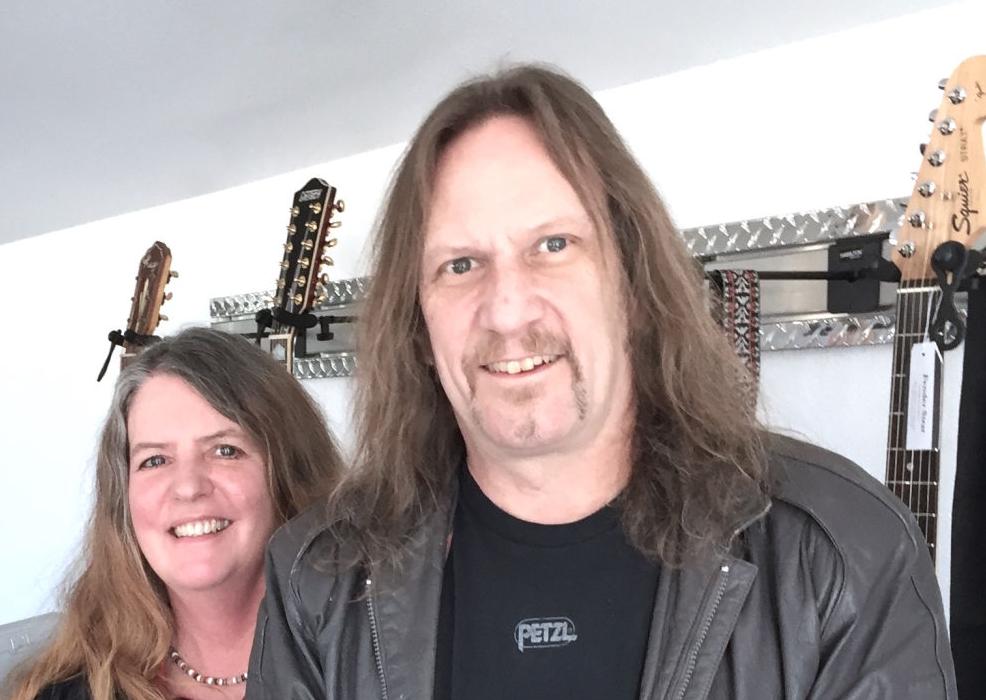 Kerri Rosenblatt and Doug Forbes of Music 101 in Gearhart. 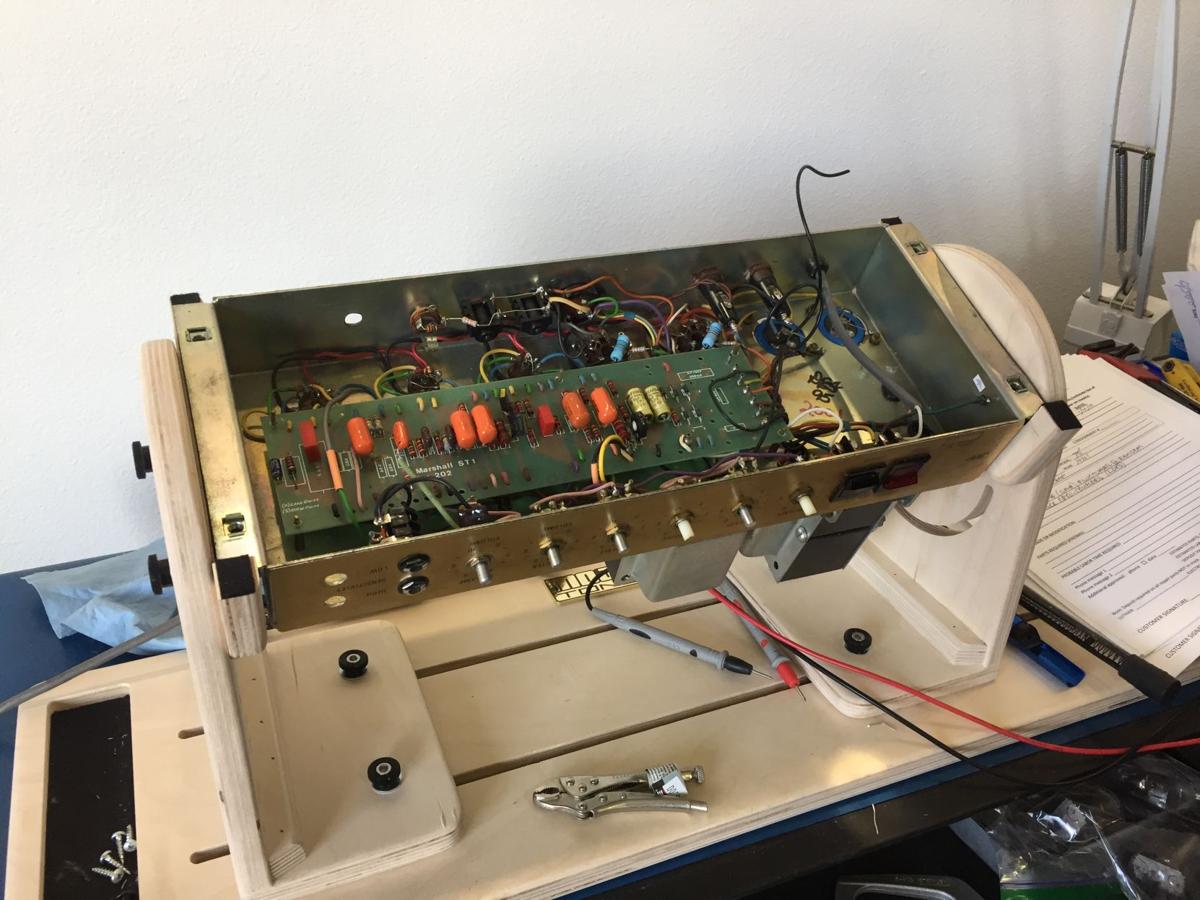 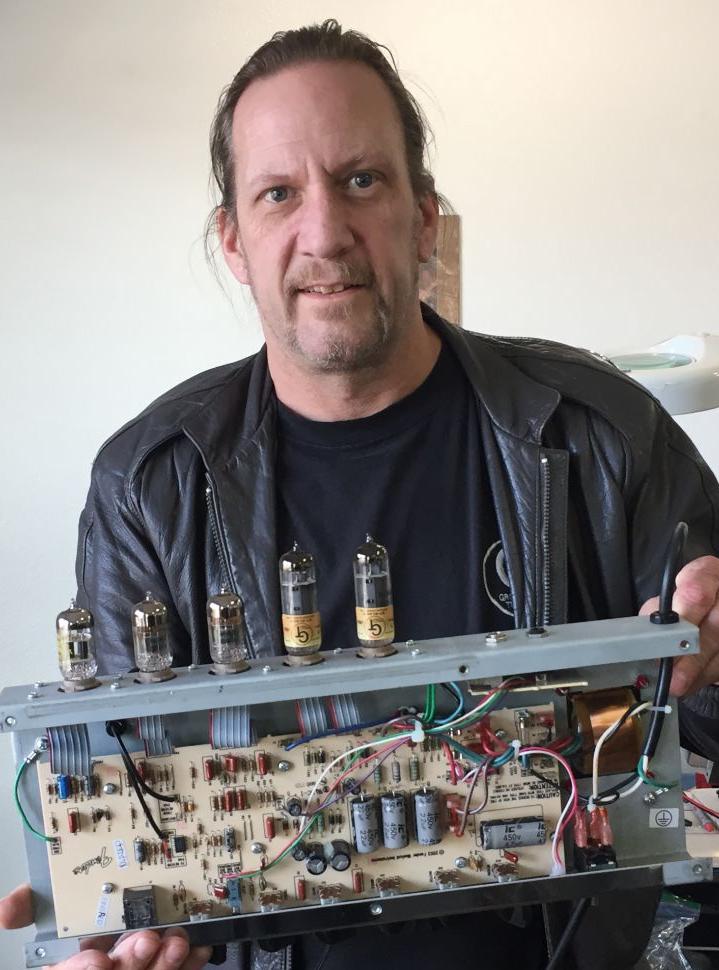 Doug Forbes specializes in ‘in getting that old gear up to snuff.’

Kerri Rosenblatt and Doug Forbes of Music 101 in Gearhart.

Doug Forbes specializes in ‘in getting that old gear up to snuff.’

Kerri Rosenblatt and Doug Forbes are the owners of Music 101 in Gearhart.

Rosenblatt, a piano player and pharmacist by trade, and Forbes, a guitarist and electronics expert, opened up on U.S. Highway 101. We spoke with them in their showroom.

Q: What brought you out to the North Coast?

Rosenblatt: We moved here from Bend about a year ago, in November. We’ve been in Gearhart since.

We had a pharmacy for four years together. When that closed we had a period of driving around where we didn’t have any place to lock down before we decided to come over here. We always wanted to open a music store.

Forbes: I’m an electronic engineer. I’ve done music my whole life, with businesses on the side since the ’80s.

Q: Do you still play?

Forbes: I’ve played in the past, but after a few hand injuries and neck injuries, I don’t do that too much anymore.

Q: How did you hurt yourself?

Forbes: I used to do man-tracking and rope rescue for the Jefferson County Sheriff’s office. In October 2016, I was about 80 miles outside of Prineville taking a man-tracking class when a blizzard came. I tripped getting into my motorhome, went boom — and splayed this pinkie like so … (shows injury)

I put it back myself.

Q: You didn’t go to the hospital?

Forbes: That was Oct. 23 and I had intended to finish the class, then come over to Gearhart for clam digging. I continued to train for the next couple of days.

We were headed from Prineville to Gearhart when I stopped off to visit my mom in Scio (Jefferson County). She had recently gotten out of the hospital.

My brother and sister brought over two cords of wood, but she couldn’t start a fire because there was no kindling.

I got out my search-and-rescue hatchet and chopped with my right hand — my left hand was all bandaged up — a whole pile of kindling for my mom.

But there was one piece that was stuck. I whacked down on and it closed like a pruning shear and tried to chop this finger off.

Seven days later, Halloween night, I went over to Albany General Hospital and got seven stitches across my knuckle.

Then I said to Kerri, “Let’s get in the motorhome and head to Gearhart. We’re going clam digging.” Which was a joke. I couldn’t even zip my pants or tie my shoes. I couldn’t do anything. We went anyway. When we got over here, of course we couldn’t clam dig.

Q: How did you end up staying in Gearhart?

Forbes: I called around to ask for physical therapy for my hand.

They said, “You’re not going to like this, being from Bend, but the only place that’s available right now is clear over in Gearhart, on the coast.”

I was literally standing across the street from Providence rehab. I said this can’t be true.

So I stayed in my motorhome for 10 months playing my guitar. I went from not being able to tie my shoe to playing guitar again to the opportunity to opening a store.

Q: Are you a lifelong Oregonian?

Forbes: I grew up in Vernonia as a kid in the ’60s and moved back there in 2005. I had a recording studio and a server farm. I was doing vacuum tube design until the 2007 flood came and took care out of that.

Kerri and I got together there.

Q: Kerri, how did you get into music after a career as a pharmacist?

Rosenblatt: I grew up in Jefferson, between Albany and I-5. I started playing piano at 9. Music wasn’t a “drag me to the lesson” thing — it was something I wanted. I begged.

I went to pharmacy school. I didn’t get to play a lot. There were 14 years I didn’t have access to a piano.

Thirty-eight years later, Doug and I got back together and I started playing again.

Forbes: For decades I’ve been repairing guitars as a luthier.

Rosenblatt: He’s fixed guitars that people say they’ve taken it everywhere. He just fixed one. He got it torn down, evaluated it and then he realized it was a manufacturer’s defect. What they had done was cut deep into the wood that made the bridge pull up. Doug had to meticulously glue it all down — and it’s fixed.

Forbes: You have to have the right tools and the right know-how.

Rosenblatt: You can ruin someone’s instrument easily. A lot of people say, ‘I don’t take that Les Paul to anybody. This is daddy’s baby.’ First they’ll bring you one, the one they don’t care much about. Pretty soon, they’ll be back with two cases — their two babies. It’s trust. Some of those instruments go for tens of thousands of dollars.

Forbes: Guitars are less forgiving than electronics, but it’s the same thing with amps.

I specialize in getting that old gear up to snuff. There’s new stuff out there, but it’s not as good. The vacuum tube never went away, never will. It’s resilient to the problems of all other electronics. And it sounds better. It’s on every tune we hear on the radio.

Q: Do you both teach?

Rosenblatt: I teach piano and Doug teaches guitar. We take each student as an individual. There’s no cookie-cutter program. I have students from age 4 and 83. I love it when their eyes light up: “I never thought I could play with both hands!” It’s very rewarding to see them advance.

Q: Do you see Music 101 as a gathering place for musicians?

Forbes: Not so much just yet.

We’re going to do some recording in the back. It’s storage right now.

But in another room in the back, has a window here, it’s like a recording studio already.

When my students are getting to a higher intermediate level, I want to introduce them to different amplifiers and stuff, have access to other equipment where I can play with them and show them what it feels like.

Q: How do you interact with the area’s other music stores?

Forbes: I have great relationship with Mike at Michael’s Music and Rick at Thiel’s. I refer people to them constantly. If I don’t have what they need, I’ll tell you “Go talk to Rick,” “Go talk to Mike.” They’ll hook you up. And when I send them, it works for everybody.