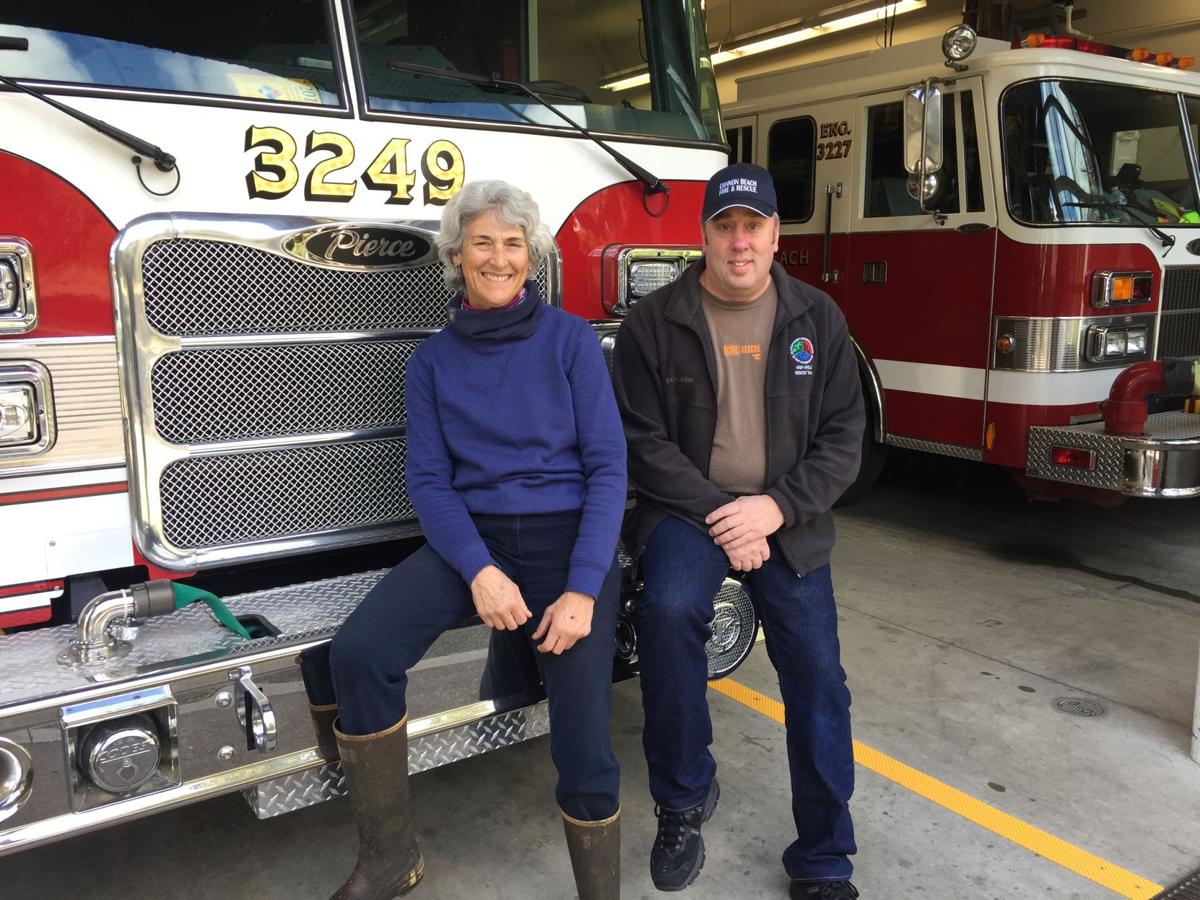 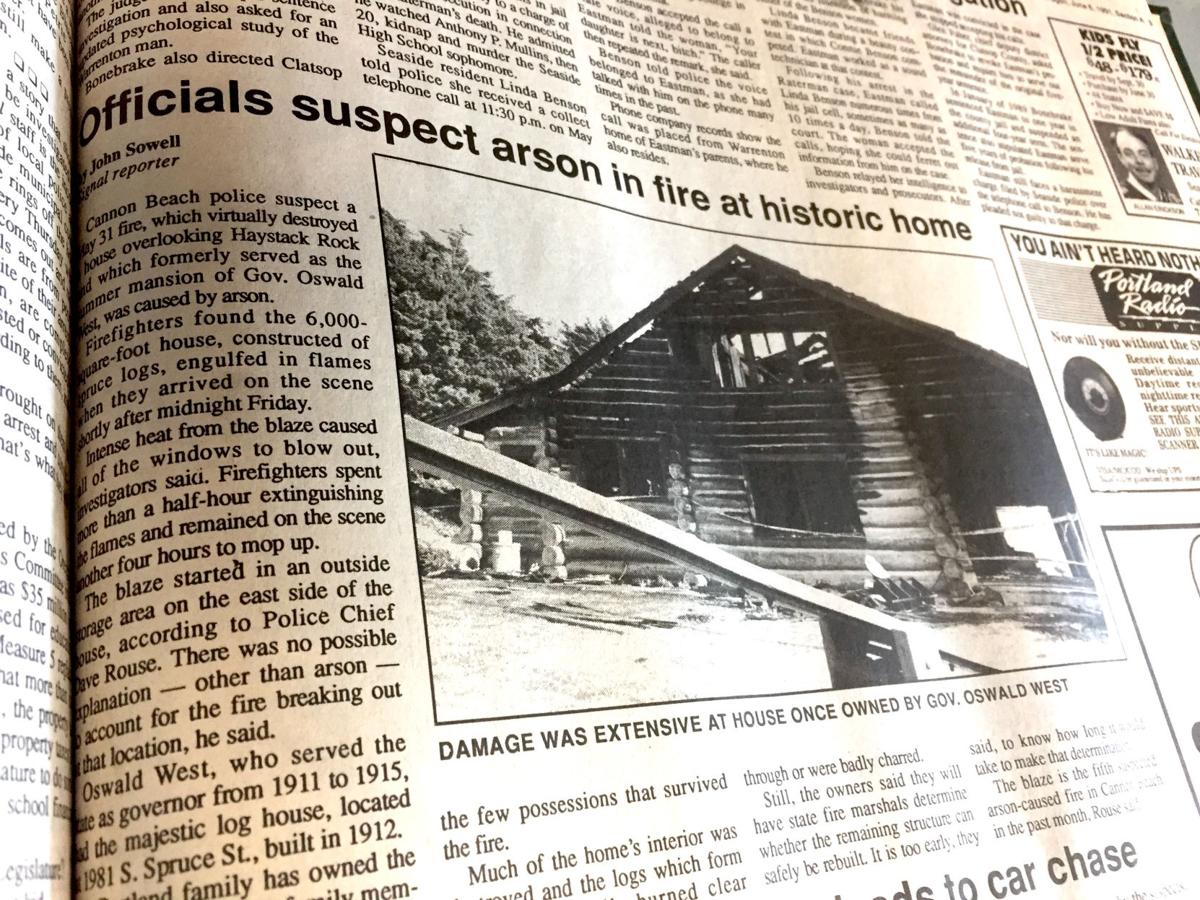 Both Joanne Cremer and Steve Moon were among those responding to the fire at the Oswald West log home in 1991. 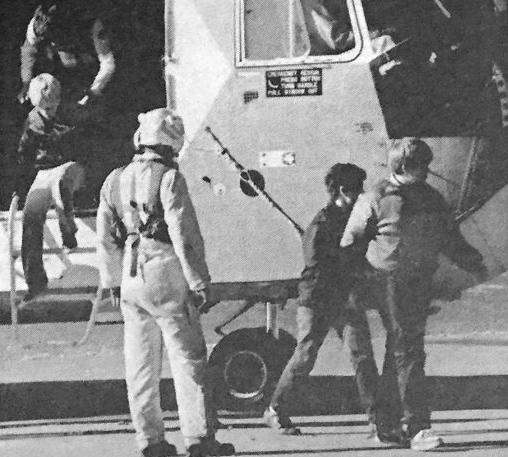 Joanne Cremer was one of the responders to this February 1985 rescue of three Forest Grove boys stranded near Haystack Rock.

Both Joanne Cremer and Steve Moon were among those responding to the fire at the Oswald West log home in 1991.

Joanne Cremer was one of the responders to this February 1985 rescue of three Forest Grove boys stranded near Haystack Rock.

Steve Moon and Joanne Cremer represent the great spirit of volunteerism in the city of Cannon Beach. They also represent diverse careers and backgrounds, forging a bond as members of the city’s fire department community.

Cremer, 61, a self-employed landscaper, crafter, lifeguard and athlete, grew up in Portland and moved to Cannon Beach in 1980.

Moon, 48, is a lifelong Cannon Beach resident. He and his family are part of a family-owned and operated business serving residents with towing and light repair services for almost five decades.

Each retired from the department this year.

Q: Were you the longest-running members of the fire department?

Q: Steve, tell me about your road to firefighting.

Moon: I come from three generations of fire department. I always wanted to get in here; wish I could have gotten here sooner. I was 19 when I joined.

My dad said, “Wait till you get out of high school.” When I graduated, he said, “When you going to join?” I said. “You tell me.” My brother (Jon) and I joined the same day.

Q: What is it that appealed to you about the fire department?

Moon: It’s just everything, I was always infatuated with it when I was a kid — anything “fire,” “rescue.” I just loved that kind of stuff.

Q: Joanne, you were one of the first women on the department?

Cremer: It was very unusual at that time to have a lot of women, and it still is. I was trying to think how I could give back to the community and firefighting really piqued my interest.

Q: Did you have any training or schooling? Did you serve in the military?

Q: When did the seriousness of the job hit you?

Cremer: The first fire. There’s potential you could die.

Moon: My very first day, they gave us bunker gear, helmets and we went and burnt a house down. I was running a fire hose and shoving it in a burning building. My eyes were very big on my first day being on the fire department. It was a practice burn but everything was real.

That was it for me. I was hooked.

Cremer: Things are a lot different now. Now we have a lot of schooling, we continue, when I joined it was maybe the second meeting and you’re driving a fire truck. Whoa! I’ve got this thing the size of a bus!

Moon: Back then your training was through your peers. They were your trainers. You’d learn something. They’d show you how to do it and you’d do it over and over again until you could do it perfect. Now the state controls everything.

When we joined, we were hanging on the back of the fire trucks. You throw the strap on and you’re hanging on for dear life. Now you don’t do that anymore.

Q: Animal rescue is a big part of the job.

Cremer: There have been a few dogs that have gone over the edge. There was one rescued not long ago.

Moon: It’s a 50-50. Sometimes they survive, sometimes they go all the way. Always keep your dog on a leash when you’re near a cliff. Dogs don’t have the depth perception that we do.

Q: How do you deal with the emotional impact of emergency situations?

Moon: You see it all. Everybody gets affected differently. Sometimes you can shed it easy and sometimes you don’t.

Cremer: We do have counselors available 24-7 if you’re ever in a situation where you think you need that.

Q: What are some of your most memorable moments?

Cremer: The old Oswald West log home burned in front of Haystack Rock (in 1991). That was the hottest fire I have ever been on in 35 years as a firefighter.

Q: What made it so intense?

Cremer: I was driving an old truck that there were three gears and I was positioned a block away, coming down the hill to the fire. The heat was so intense coming through the windshield it felt like it was burning my face. And that was a block away.

Moon: I was the first one to make attack on that and the engineer gave me water. I was starting to move in on the structure with the hose and they shut the truck down temporarily to switch over to the fire hydrant. But they didn’t communicate that to me, so the hose went dead on me. In just that short moment of not having water protecting me, I got steam burns inside my turnout gear. It was a hot fire. It was pretty intense.

Q: When did tsunami awareness come to the Cannon Beach Fire Department?

Moon: Forever! We were the first town in the state, country, to have any tsunami warnings.

The council was doing it (tsunami prep) when I started, in the old station when it was being built in the early ’90s.

Cremer: The old station was across from the tennis courts on Spruce. Now it’s stores.

Q: Who were some of your most memorable firefighters?’

Moon: So many cool firefighters! Everybody.

Cremer: Gary Moon; Cleve Rooper, Frank Swedenborg, Garry Smith — these are guys that were on when when I started.

Moon: A lot of characters And they were all really great firefighters.

Q: What do you see in the young people coming up?

Cremer: Some of the young people coming up are working really hard to become good firefighters. We do have some really young people, which is great.

Q: How young do you mean?

Q: How has firefighting changed since you started?

Moon: It’s all the requirements that you have to maintain, it’s not just getting your requirements done, but then maintaining them, doing them over and over and over again. It seems nowadays you’re doing more paperwork and testing than physically going out and training. There’s a clash with what the government wants and the reality, getting to mesh really well together.

Cremer: I agree with Steve. We’re being looked at a lot more, whether it’s being scrutinized or making sure things are going a certain way.

Cremer: It’s the way of the future. We’re already doing a lot of mutual aid.

Moon: Most of the time now you go direct (to the scene).

Cremer: Sometimes they’ll say, “Stand by at the station.” We’re doing a little bit of work with Tillamook County because they’re short-handed.

Q: Why are you retiring?

Cremer: For me it’s just time. I have other things that I’d like to do.

I’ve been here 35 years. I could continue. But it’s taking a lot of my time and I can put that time towards other things, like schooling.

I’d like to take some classes and it’s so funny because most of the time, the things I want to do are on Wednesday nights. I haven’t taken this retirement lightly at all it’s been very difficult. Last Wednesday was my last drill.

Moon: Mine was January 1. It’s the same thing. New policies come into effect that I can’t comply with. My job is kind of like being with the fire department. I’m on call 24-7, and I have to respond to police calls for car wrecks.

Cremer: Sometimes I would go to bed at night and say I’m so tired I hope we don’t get a call tonight. It’s kind of nice not to get a call at 2 or 3 o’clock in the morning. Once I’m up at that time, forget it, it’s gone.

Q: Would you recommend people volunteer?

Moon: If they have the time to commit to it, absolutely! You’ll never regret it. It’s the best feeling in the world to go out and help the community.

Cremer: It is. Going on aid calls, and helping someone.

Q: Will you miss the adrenaline rush?

Moon: We have been blessed our town is behind us 100 percent for sure. I’m going to miss it.