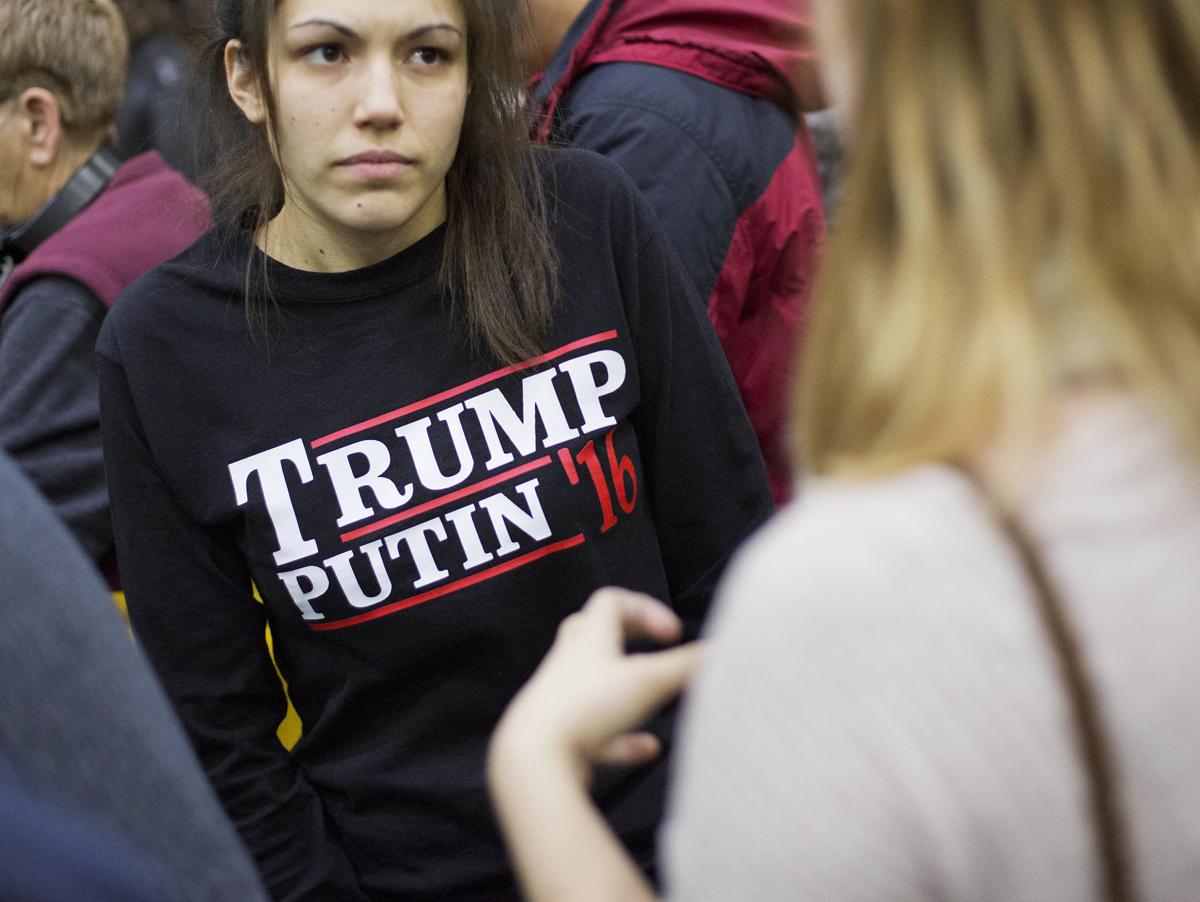 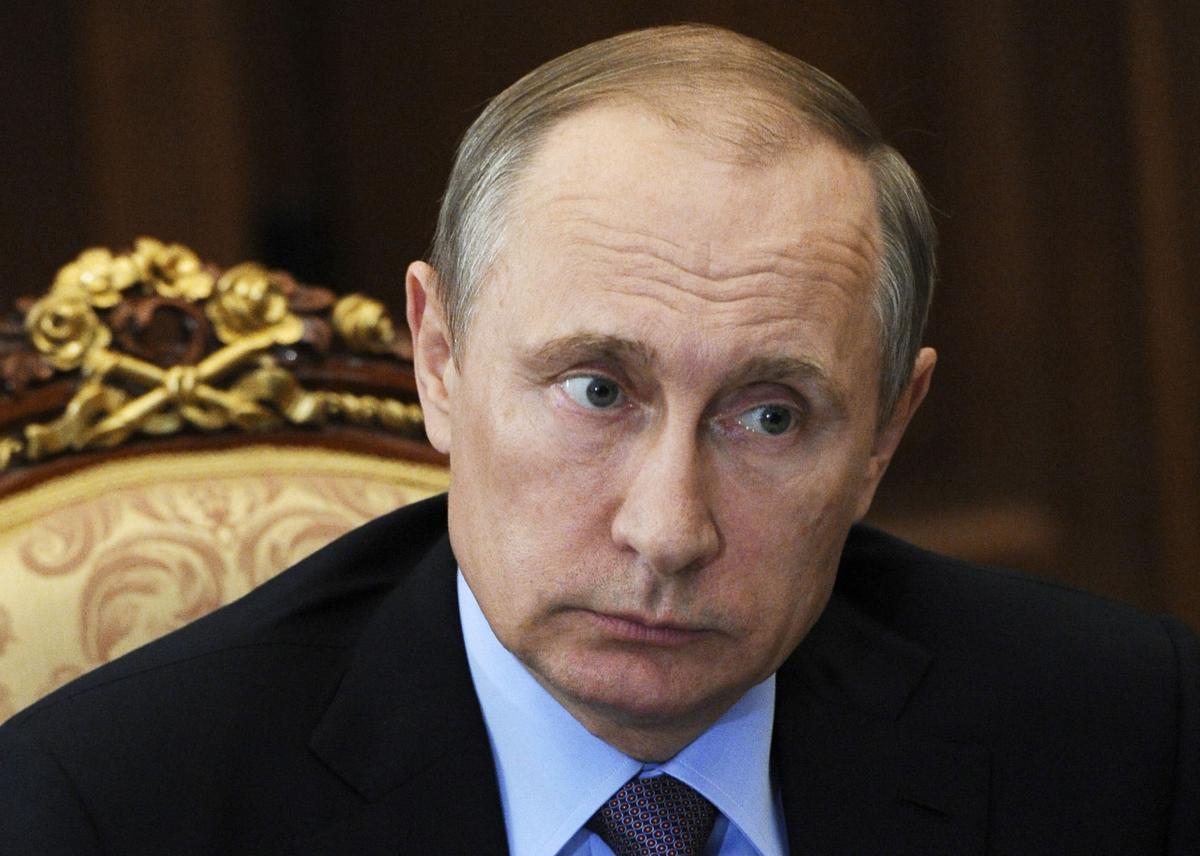 Russian President Vladimir Putin listens during a meeting in the Kremlin, in Moscow, July 26. .

Russian President Vladimir Putin listens during a meeting in the Kremlin, in Moscow, July 26. .

In retrospect, it worked out much better than planned.

Who’d have thought a pariah nation, run by an authoritarian who makes his political opponents disappear, could so easily hijack a great democracy?

It didn’t take much. A talented nerd can bring down a minnow of a nation. But this level of political crime requires more refined mechanics — you need everyone to play their assigned roles.

You start with a stooge, a fugitive holed up in London, releasing stolen emails on the eve of the Democratic National Convention, in the name of “transparency.” Cyberburglars rely on a partner in crime to pick up stolen goods. And WikiLeaks has always been there for Russia, a nation with no transparency.

The emails show office gossip — catty, sometimes crude back-and-forth by party operatives, and a bias for one candidate. Ho-hum. To make the plot work, reporters have to take the bait. On cue, they decry the fact that politics is going on inside a major political party. The horror — Democratic hacks saying nasty things about Sen. Bernie Sanders.

Next, lefty extremists have to act like lefty extremists — that is, myopic to the greater good, guided by a Trumpian sense that they alone know how to solve the world’s problems, and everyone else is a sellout. Angered at the contents of the cybertheft, they boo any mention of their party’s nominee. And told by Sanders, the man who brought them there, that booing is too easy, they boo his call to unite to save their country from a monster.

But Russia still has to seal the deal. Some work remains. If enough angered lefties won’t go for the Democratic nominee, a longtime foe of Vladimir Putin, it will be just enough to put a Putin puppet in the White House. And it would also usher in the term that drove the right wing crazy when George H.W. Bush used it — a New World Order.

What’s in it for Russia? Well, everything. Territory. Hegemony. Its takeover of the Crimean Peninsula has brought sanctions and condemnation from the West. What stands between Putin and further aggression in, say, the Baltic States, is a NATO pact that has kept Europe safe for nearly 70 years. And if you thought Trump stiffed the poor suckers who signed up for his “university,” wait till you see how he treats some of our oldest allies.

Plus, Putin despises Hillary Clinton. Like Trump, his skin is rice-paper thin, albeit a paler shade of orange; and, like Trump, he never forgets a slight. He still hasn’t gotten over Clinton’s comment on George W. Bush’s infamous look into Putin’s soul. As a former KGB agent, Clinton said, “he doesn’t have a soul.”

What’s in it for Trump? Help at winning the ultimate throne of his gilded dreams. And maybe some investment money from Russian oligarchs close to Putin, one of many things Trump may be hiding in his tax returns. The two narcissists share a love of torture, authoritarian rule, and women on runways in bathing suits.

But then, a wild card, something unplanned. Putin didn’t expect Trump to be so all-in with his collusion. He knows Trump is a fool, world class in only one thing — ignorance. He doesn’t need spies for that. He knows Trump is a man who will say anything, and deny in the same breath that he ever said it. The Talented Mr. Trump.

In November, before a national television audience, Trump said of Putin, “I got to know him very well.” And Wednesday, Trump said, “I never met Putin.” That was a standard Trump lie, on one end or the other. But even Putin couldn’t fathom that Trump really will say anything.

So there was the Republican Party nominee for president inviting an American adversary to wage cyberwar against the country he wants to lead. If that wasn’t Trump’s shoot-somebody-on-Fifth-Avenue moment, nothing will be. What’s more, he was way too obvious about the role of the other pawns in the scheme. “I think you will probably be rewarded mightily by our press,” he said to Mother Russia.

Also, he’s getting carried away with his dictator-philia. On Thursday, he said Putin was a better leader than President Barack Obama. D’oh! In public, at least, you’re supposed to root for the home team.

Trump misses the old days, back when you could “knock the crap out of” a demonstrator. Yeah, the old days. Back when it was disqualifying for an American politician to flirt with treason.

This all seems too preposterous to be planned. Where are the conspiracy nut jobs when you really need them? Even fiction, Philip Roth’s “The Plot Against America,” about a fascist-lite president during World War II, does not have this level of absurdity.

What’s in it for Russia? Well, everything.