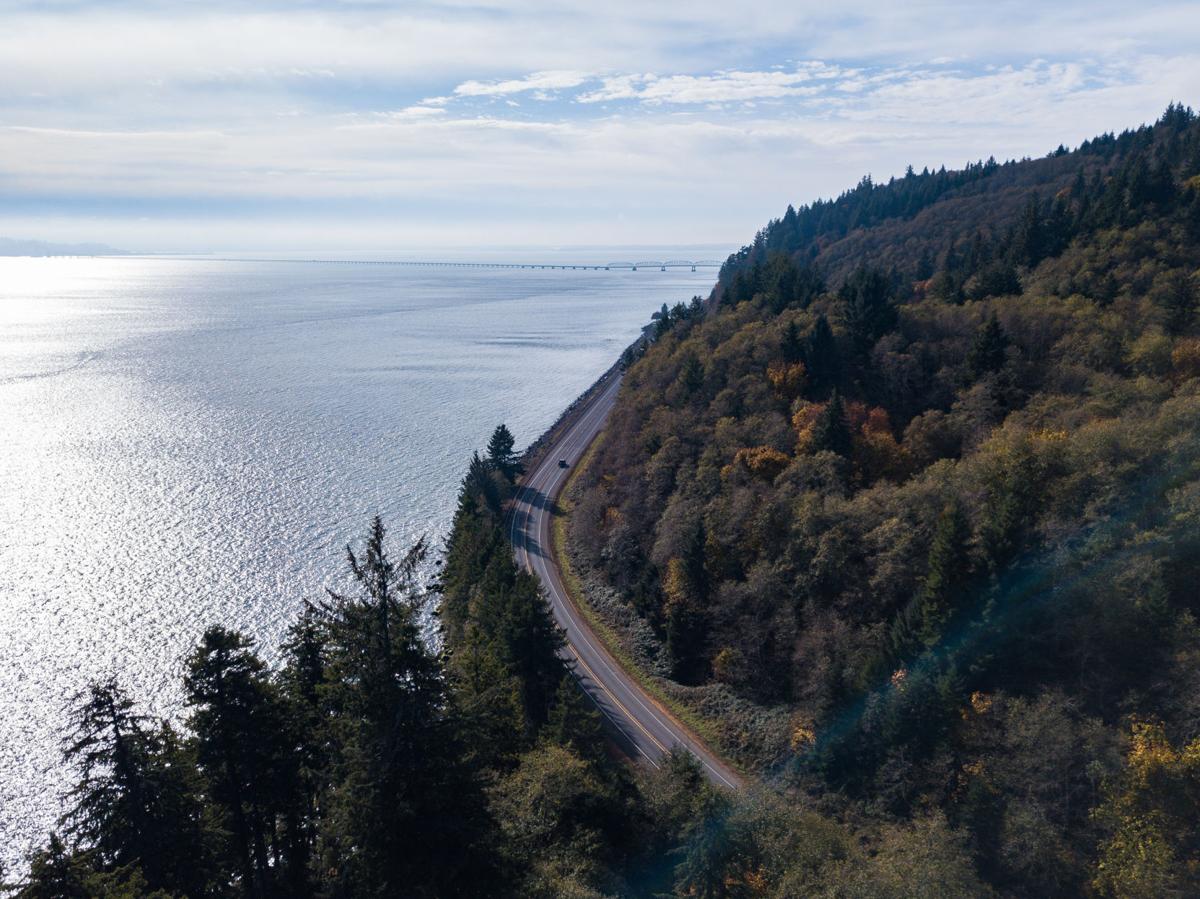 The actual location where the Corps of Discovery camped is in dispute. 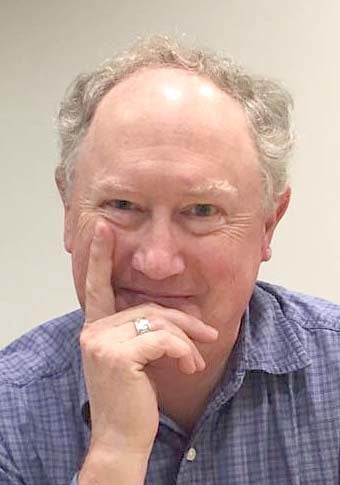 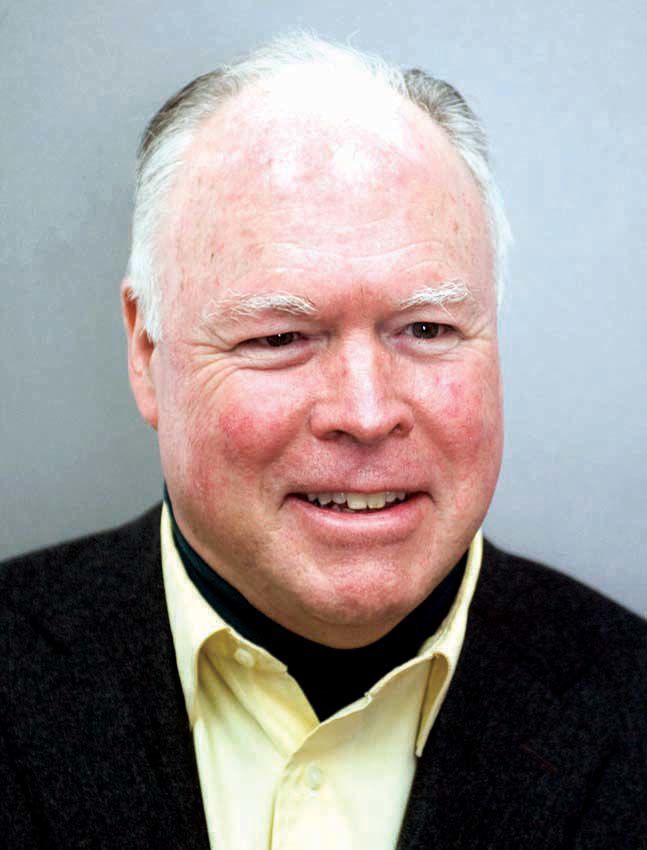 One of America’s defining adventures was reaching its crescendo 214 years ago just now within sight of Astoria.

The Lewis and Clark Expedition’s sinewy, soggy men and woman with child paddled headlong into what might have been the torrential aftermath of a great Pacific typhoon battering itself out on this ancient shore.

With undisguised chagrin, Capt. William Clark reflected in his journal on Nov. 15, 1805, on surviving 11 straight days of rain without more than a two-hour intermission the whole time: “the most disagreeable time I have experienced … Confined on a tempiest Coast wet, where I can neither get out to hunt, return to a better Situation, or proceed on.” Clark underlined the word “eleven” to emphasize the sheer misery of the experience.

They were embayed on a lee shore, as mariners throughout time have termed the perilous mishap of being pinned by the wind in an inescapable spot. The spot, in this case, is called Dismal Nitch at what would become the southern extremity of Washington state.

History has touched our region many times, but never with such melodrama as the anniversary we should shortly mark.

The explorers’ four months at the mouth of the Columbia River were largely ignored until the run-up to the 2004-06 bicentennial of this transcontinental research trek commissioned by President Thomas Jefferson.

Local historian Rex Ziak set out to do justice to the expedition’s time on and near the Columbia River estuary. Ziak’s seminal work — first published in The Astorian and the Chinook Observer — caught the attention of Congressman Norm Dicks, who led the drive to add Washington sites to what became Lewis and Clark National Historical Park.

The rest of us nonhistorians learned about Dismal Nitch — the location east of the Astoria Bridge where the intrepid explorers might have met watery doom almost within sight of their goal, the Pacific Ocean.

“Emence waves & Swells” hammered onto to the north shore by one of our region’s infamous sou’westers crushed one of the party’s dugout canoes against the rocks on the night of Nov. 13, 1805. A brief lull in the storm revealed what must have been Saddle Mountain swathed in snow to the south. Virtually without food, caught in the open and clothed only in soaking wet leather, the expedition could only hunker down and endure.

Robert Scott’s ill-fated return from the South Pole and Edward Whymper’s successful but deadly first ascent of the Matterhorn spring to mind as parallels.

Reflecting on how we may identify with the explorers, Jon Burpee, the park’s current superintendent, writes: “Of all the experiences that you can find here at the far end of the Lewis and Clark trail, I think that standing on the north shore of the Columbia, in a driving rain, helps you understand the challenges faced by the Corps of Discovery in November 1805. That south wind bites deep into well-dressed modern people. For the Corps, in clothing that was quickly rotting away in the extreme weather, this was a trying time. Standing along that shore, it is hard to imagine a more dismal time in the Corps’ story. They were cold, wet, and miserable and not at all equipped to deal with the challenges.”

For a number of years, a group of us went to the suspected site of Dismal Nitch each early November. Led by local historian Jim Sayce, we read from the Lewis and Clark journals. In truth, there is more than one suspected Dismal Nitch main campsite — one identified by Ziak and another identified by Sayce. But this passionate controversy is one for academics and unlikely to ever be totally resolved.

For all who appreciate the astonishing audacity of the expedition, precisely where they sheltered isn’t as interesting as imagining the whole span of those desperate days and nights — the shivering and shouting, the forays up creeks to spear and shoot salmon, the interactions with native residents perfectly comfortable riding the waves.

The Corps of Discovery’s adventures on the north shore of the Columbia were far more momentous than what happened at Fort Clatsop. Burpee reflects: “What I find most interesting in this part of the journals is that William Clark’s words point to the fact that they truly were in a different land. On Nov. 11, 1805 after two unsuccessful attempts to continue in their canoes through the rough swells on the river, he was amazed at the ability of five Indians who very successfully navigated the river in a small canoe. He wrote, ‘Those Indians are Certainly the best Canoe navigaters I ever Saw.’

Banded by Washington State Route 401 and anchored by a rest area that hosts a national park interpretive display, the landscape of Lewis and Clark’s harrowing travails is only about 10 minutes from Astoria, but still can seem two centuries away on a stormy winter day.

As motorists and delivery trucks growl swiftly by on the shoreline highway, it doesn’t take too vivid an imagination to think of a time when traveling even a mile was out of the question. Although giant canoe-crushing drift logs are in short supply, it still is a lee shore, pounded by racing waves during winter storms charging in from the southwest. Going anywhere near the riverbank in such conditions remains a life-threatening chance.

Better to walk inland a little, exploring the narrow riverside meadows and forests where the expedition found what little protection there was. It is then, with the traffic noise muffled, that you can stand in the footsteps of Lewis and Clark, Sacagawea, the African American slave York and the rest of a ragged band of heroes — what awesome examples of courage and tenacity.

We can and must mourn the devastating eventual losses the expedition signaled for our region’s Native Americans. But that profound tragedy was yet to unfold in that long-ago November, when explorers came seeking knowledge and friendship, not conquest.

Read the expedition’s journals at lewisandclarkjournals.unl.edu/