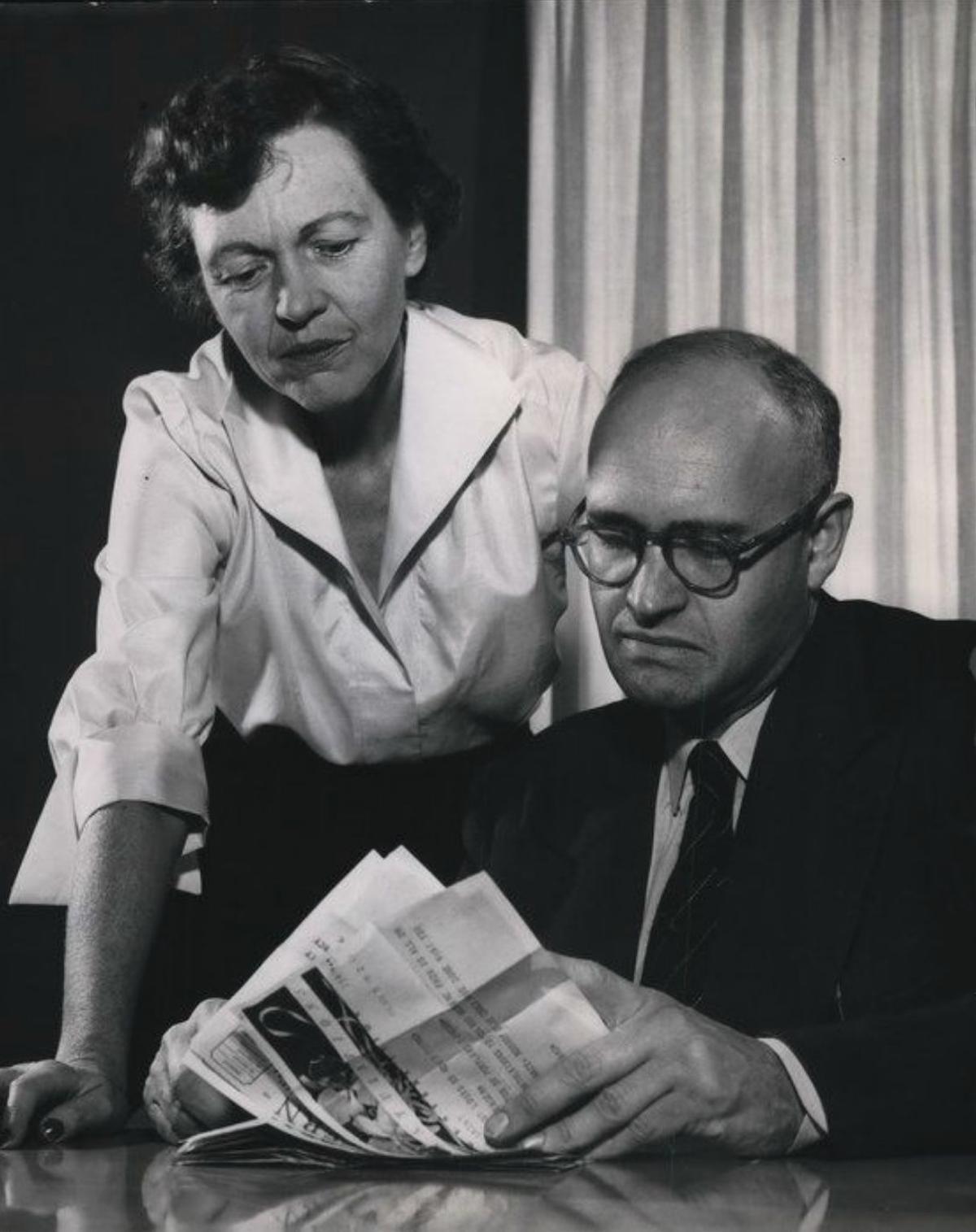 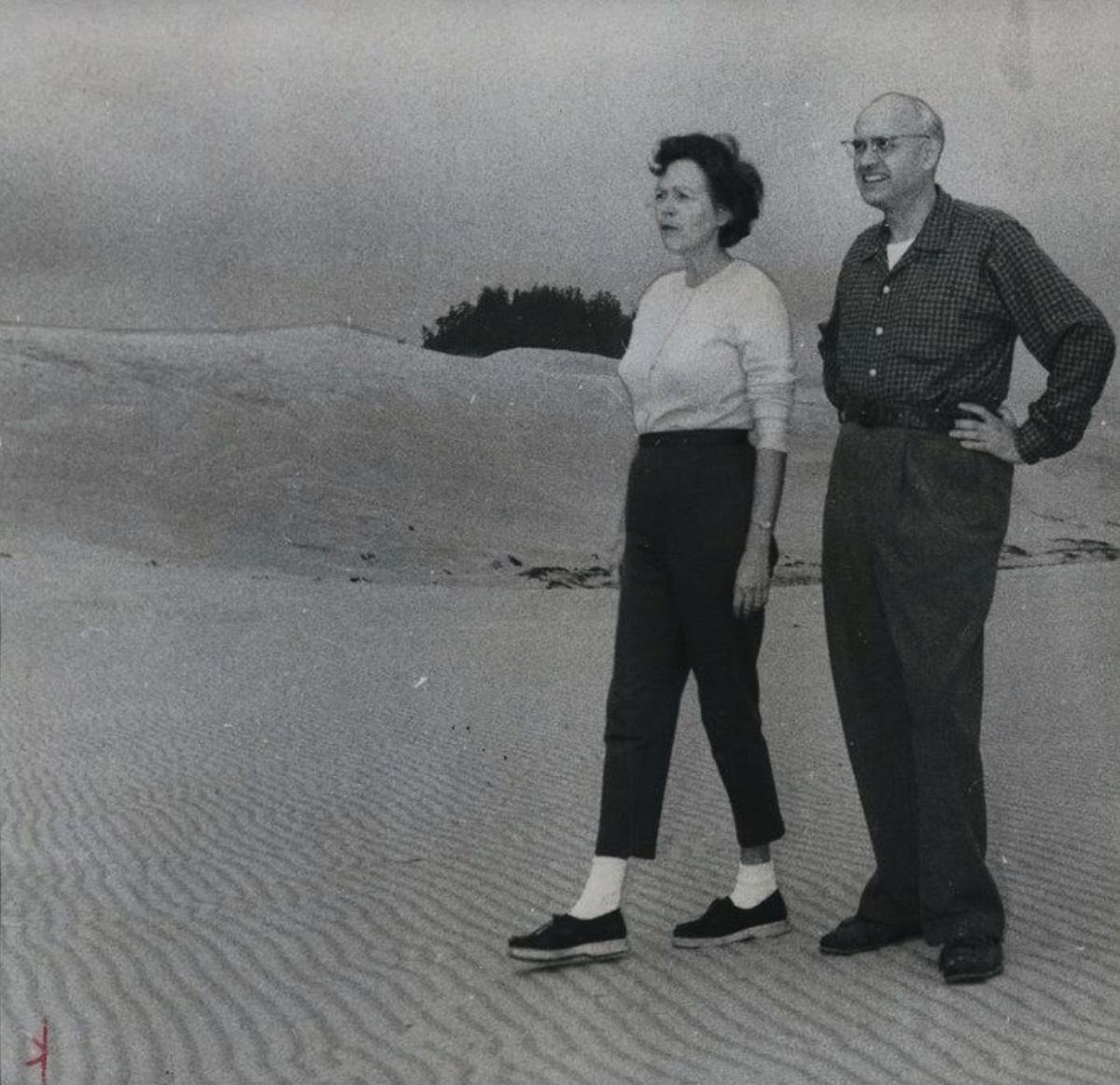 Maurine and Richard Neuberger on the Oregon Coast in 1959.

Maurine and Richard Neuberger on the Oregon Coast in 1959.

In every era the new generation of historians and readers reconsiders the prominent figures of the past. America’s oldest universities have been going through this process.

One of the most prominent revisions occurred at Yale University, where the name of John C. Calhoun — who left the U.S. Senate for the Confederacy — was removed from one of its colleges and renamed for a woman who was a pioneering admiral in the U.S. Navy.

Portland State University does not have that challenge, because it is such a young institution. Nevertheless, last week it corrected a lesser injustice and redeemed itself by naming its administration building, which houses the president’s office, for U.S. Sen. Richard (Dick) Neuberger and his wife, Maurine.

Another building at the university had been named in 1972 for Dick Neuberger, but later renamed for a major donor.

I was invited to speak at last week’s dedication. Retirement from daily journalism has allowed me to resume the research on Dick Neuberger that I began in 1978. “Eminent Oregonians” will be the title of a book I am assembling with four other writers. One of the five chapters will be dedicated to him.

Dick Neuberger was one of the most exciting Oregon personalities of the first half of the 20th Century. When he died in 1960 at the age of 47, he was one of America’s most prolific freelance writers and the author or co-author of six books.

In 1954, he became the first Democrat Oregon had elected to the U.S. Senate in 40 years. In 1940, when he was elected to the Oregon House of Representatives, the state’s Democratic party was a stagnant and inarticulate backwater. He became the voice of a new party that was articulate about an array of concerns ranging from the environment to human welfare and government structure. In essence, he created the intellectual foundation for Oregon’s postwar, modern Democratic party. The likes of Ron Wyden, Earl Blumenauer and Vera Katz are his political descendants.

Neuberger’s sister, Jane Goodsell, captured the significance of her brother’s iconoclastic public career. “He was amazingly ahead of his times,” she told me in a 1978 interview.

Dick’s legislative partnership with Maurine in the Oregon Legislature — he as a state senator, she as a representative — is without peer in Oregon history or, to my knowledge, in any other state legislature.

The word environmentalist was not in our lexicon during his lifetime, but he was one, referred to as a conservationist. Two of his legislative achievements were the Highway Beautification Act and his sponsorship of what would become the National Wilderness Act of 1964.

A history buff, one of Neuberger’s books was the Landmark book for children titled “The Lewis and Clark Expedition.” He channeled his enthusiasm for the Lewis and Clark story into the 1956 federal enabling legislation that created the Fort Clatsop National Memorial.

My fascination with Neuberger began when I was about 8 years old. My father had known Dick since the 1930s when they met as writers at The Oregonian. Following his Senate election, the Neubergers came to our home in Pendleton. Over lunch Neuberger spoke as he ate, about the falcon he had seen at an Air Force Academy football game with one of the Oregon universities. Following that game, Dick had read everything he could find about falcons and proceeded to share his newfound knowledge with us. I had never seen someone with such an enthusiastic, voracious intellect.

My research has been an adventure — taking me primarily to the University of Oregon Special Collections in the Knight Library. My wife joined me for a research trip to the Franklin D. Roosevelt Library at Hyde Park. I drove across Kansas to the Eisenhower Library and also mined the Harry Truman Presidential Library in Independence, Missouri. In March I will be combing a collection of publications in the New York Public Library.

Research on a long-deceased public person becomes a bit like an Easter Egg hunt. I recently shared one of my discoveries with a historian friend. He shared my elation, describing the thrill one feels at opening a box of papers that no one has seen in decades.

Steve Forrester, the former editor and publisher of The Daily Astorian, is the president and CEO of EO Media Group. Contact him at sforrester@eomediagroup.com.