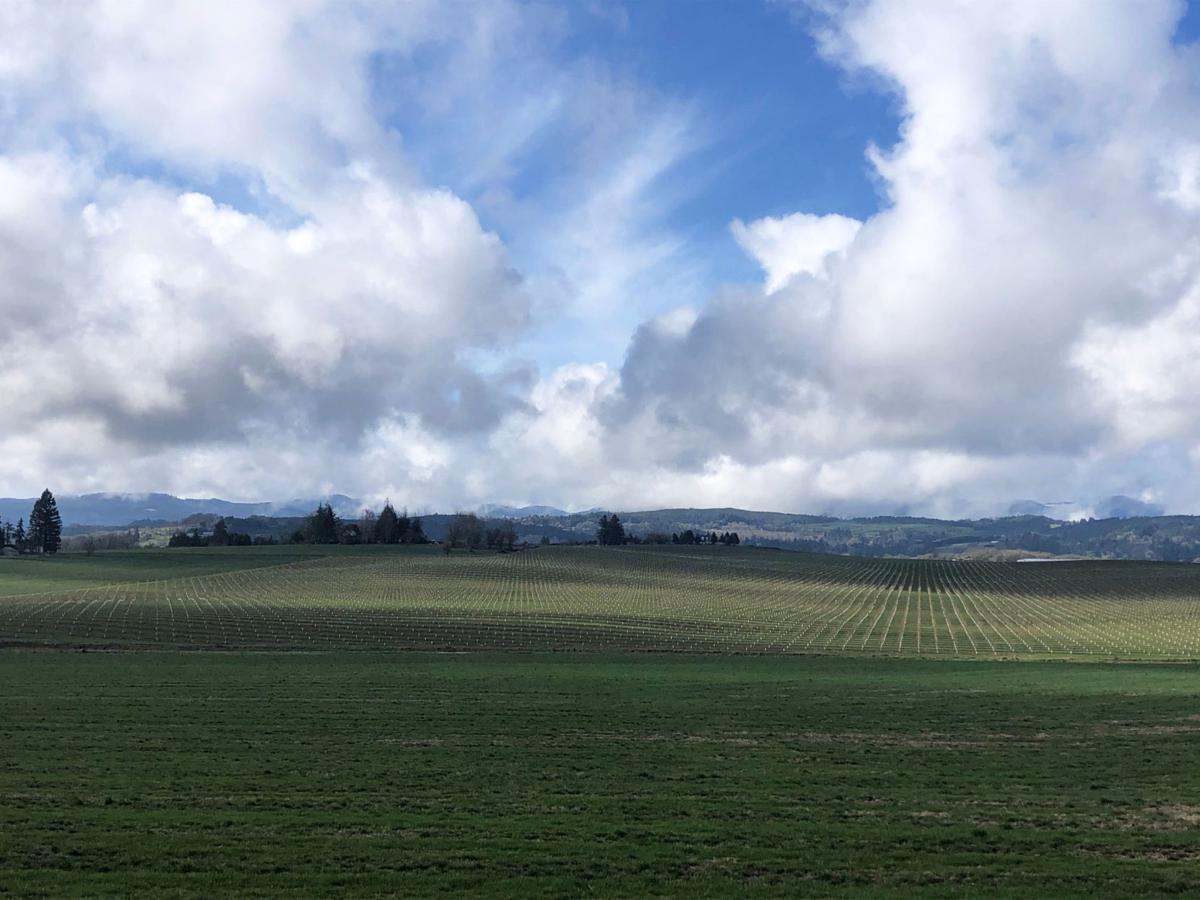 The rolling fields and hills of the Willamette Valley in Yamhill. 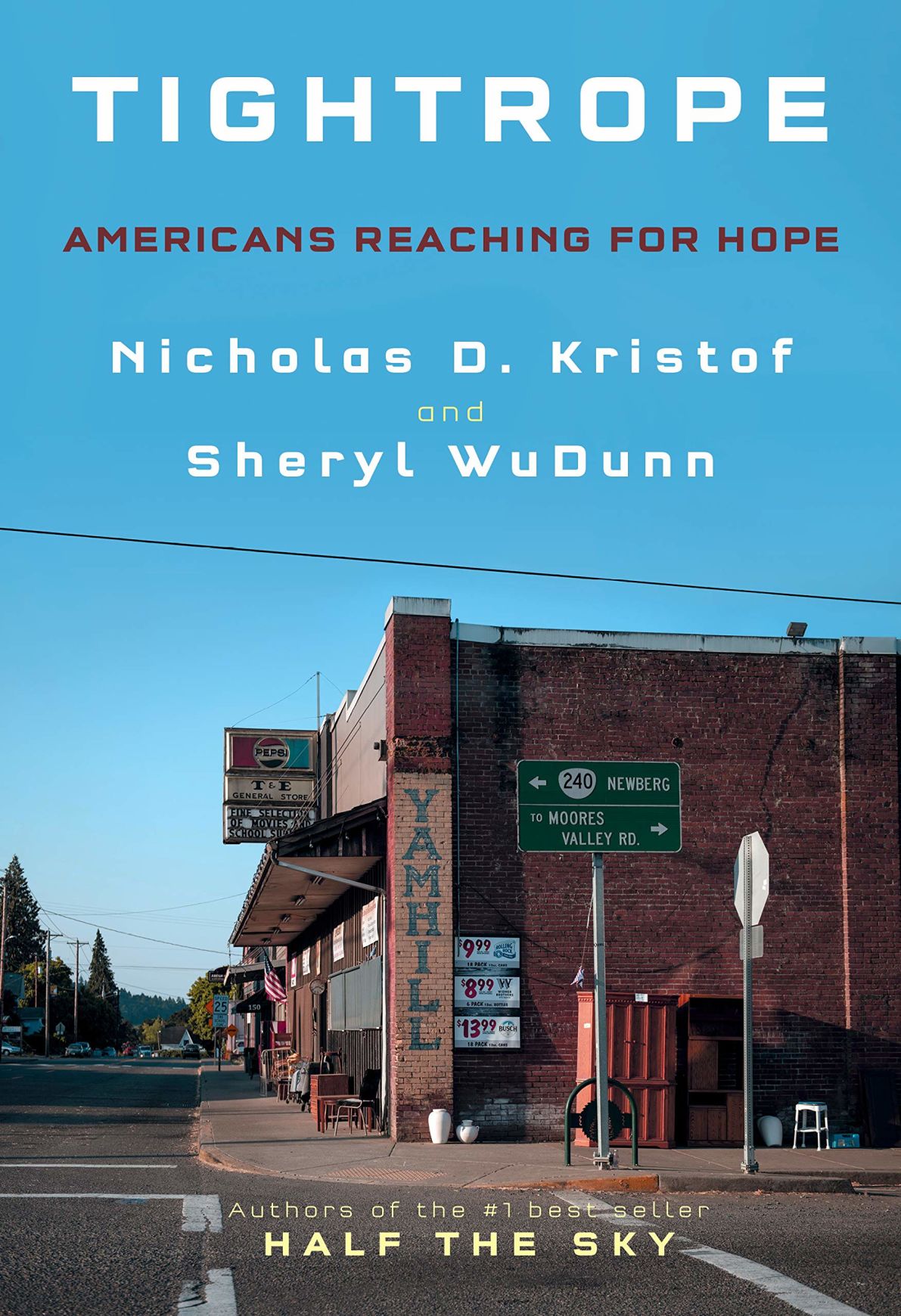 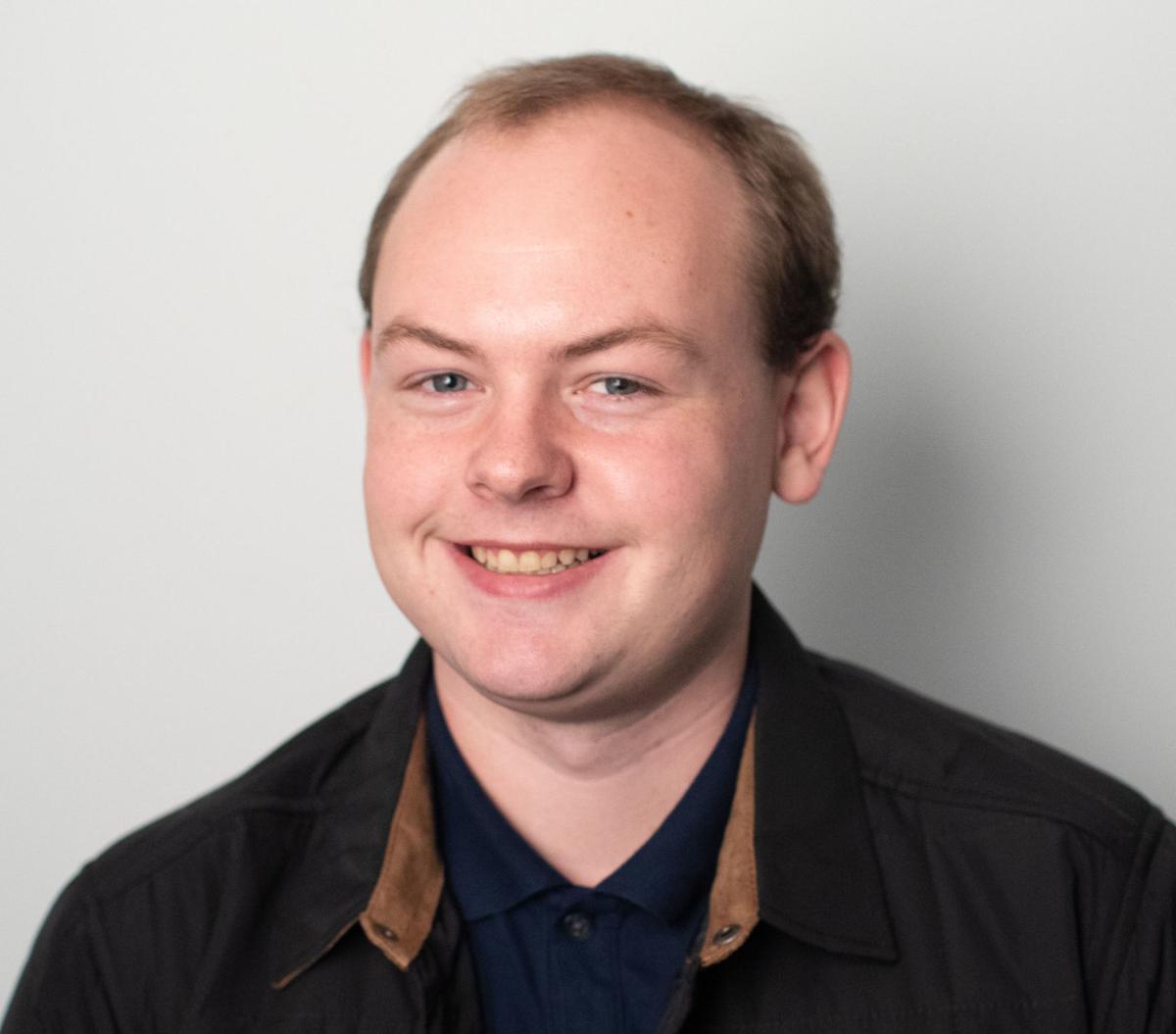 The rolling fields and hills of the Willamette Valley in Yamhill.

Drive through the picturesque town of Yamhill at the foot of the hills of the Willamette Valley and you’ll see a high school, gas station, red blinking traffic light, city hall and a few shops.

On a sunny day, it gives off the spirit of an idyllic, small American town.

“Tightrope: Americans Reaching for Hope,” by Yamhill-native and New York Times columnist Nicholas Kristof, and his wife, Sheryl WuDunn, who share a Pulitzer Prize together, vividly tells the other story of Yamhill and rural America.

The book is an unflinching portrait of working-class life told through stories of friend’s Kristof grew up riding the school bus with who suffer from poverty, homelessness, violence, alcohol and drug abuse. The authors also travel to other areas in the U.S. to illustrate the problems people face in Yamhill are also felt across the country.

The stories are harrowing and provide urgency that life for those on the brink won’t improve unless something is done. It also shows that while jobs are good in the “knowledge economy” in places like Seattle, San Francisco and New York, jobs are much more scarce in rural areas and those who live there may not be skilled enough to hold them.

Life in Yamhill in the 1970s was good. People were optimistic. Kristof and WuDunn write the town had a general store, hardware shop, a farm supply store, a telephone booth, a barber and a bar. Jobs were good. “The economy was based on farming, logging and light manufacturing, and the biggest employer in the area was a glove factory in the nearby town of Carlton.”

The authors make clear life was good because government policies like the GI Bill, which allowed men who returned home from war to go to college and buy a home, invested in everyday citizens.

Working class men, too, were moving up because of strong unions and labor demand. The Homestead Act similarly allowed for economic expansion and home ownership because of government support. The authors show through stories and statistics that good will has disappeared from American government in the last 50 years.

Today, the couple write, “Yamhill now finds its social fabric frayed. Today the small town still has four churches and a volunteer fire department, but the other institutions are gone, and the social glue has dried up remarkably quickly.”

A quarter of the kids Kristof rode the school bus with are dead because of drugs, alcohol and reckless accidents. The U.S. lags behind in health care and high school graduation rates compared to other nations. Homelessness, affordable housing, poverty and drug addiction have reached historic highs.

Kristof and WuDunn show — through families like the Knapps and Greens — parents who were sure there were brighter days ahead for their kids. Those homes and others experienced violence and alcohol abuse during that same time of economic prosperity. In the following decades, jobs left the area. Despair and drug use ran rampant.

The authors write, “When decent jobs disappear, the loss is not just economic but has consequences for self-esteem, family structure, substance abuse, hopelessness and even child abuse.”

There are also success stories throughout.

One is Daniel McDowell, a veteran of the Afghanistan War who became addicted to opioids on his return to the U.S. because of a knee injury. He was able to get help with his addiction because of Baltimore Station, an addiction recovery program.

“Whether in Baltimore or in Yamhill, drug use is often not just a trip but also an escape from a place that has become unendurable,” the authors write.

Others, like Rebecca Hale in Tulsa, Oklahoma, beat her drug addiction because of intensive programs like Women in Recovery.

Both of these stories and others show individuals suffering from drug addiction who are jailed for their abuse but get help, unlike most suffering from America’s “War on Drugs” who are jailed for their drug abuse, sometimes for life. Most politicians understand the drug war is flawed, expensive and doesn’t rehabilitate most people, the authors write.

Others also benefited from person-to-person assistance.

Tanitoluwa Adewumi, an 8-year-old homeless refugee in New York City, won the New York state chess championship in 2019 for his age group because a chess coach at his school saw potential in him and waived fees to participate.

In rural Pine Bluff, Arkansas, Annette Dove’s TOPPS program, a grassroots organization, gives at-risk children and teens a place to go and mentorship to graduate from high school and apply to college.

Children today are suffering. The authors note the Centers for Disease Control and Prevention found that in 2017, almost 32% of high school students reported persistent feelings of sadness or hopelessness in the past year.

The book raises awareness that there are still teens who don’t graduate from high school and that early-childhood intervention is the best way to help children who struggle, especially in families with drug or alcohol abuse.

The authors write that, “outcomes are largely shaped by beginnings.” Children in those families are also at a higher risk to repeat patterns of drug and alcohol abuse that go back generations. The authors make clear the difficulty in today’s world for those with a criminal record and no high school degree who are trying to get a job.

The authors assert America has failed its children. But they also point to solutions. The authors note having high-quality early childhood programs, universal high school graduation, universal health care, ending homelessness for children and giving a monthly child allowance as ways to help abate our current state of chaos.

They also highlight the importance of vocational skills courses in high school and the ability to retrain unemployed people. The authors write, “What holds the nation back in part is that tens of millions of people are underutilized because they lack the education or skill set to be more productive.”

I’ve driven through Yamhill dozens of times on my way to my alma mater, Linfield College, in McMinnville. I played against Yamhill-Carlton High School as an athlete in Astoria. The town’s problems reflect those not just in other rural areas but in cities, too. And Kristof and WuDunn show there are solutions. Their dreams are worth saving.

Readers in Astoria and throughout Oregon can draw parallels to issues in their own communities and use this book as a guide to chart a stronger future. “Tightrope” is a necessary alarm bell for Americans to understand the unseen suffering of others in order to enact better policies for all.

Jonathan Williams is the associate editor of The Astorian