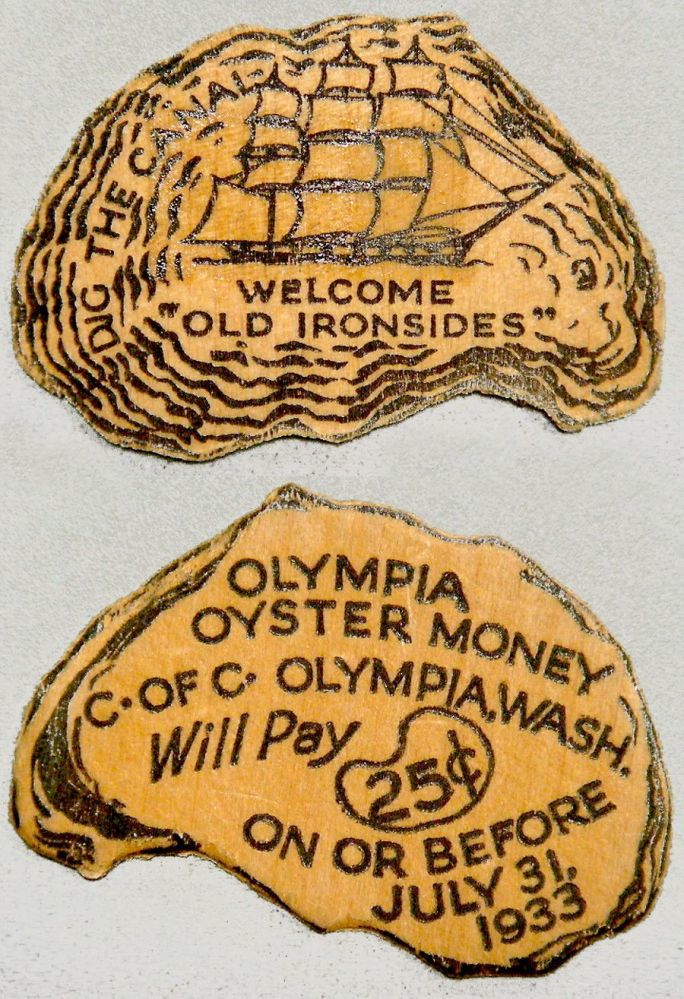 <p>This "Oyster Money" was issued in 1933 by the Olympia, Wash., Chamber of Commerce to celebrate the West Coast tour of the U.S.S. Constitution, "Old Ironsides," and to promote the construction of a shipping canal between Olympia and the Columbia River, perhaps at Ilwaco.</p> 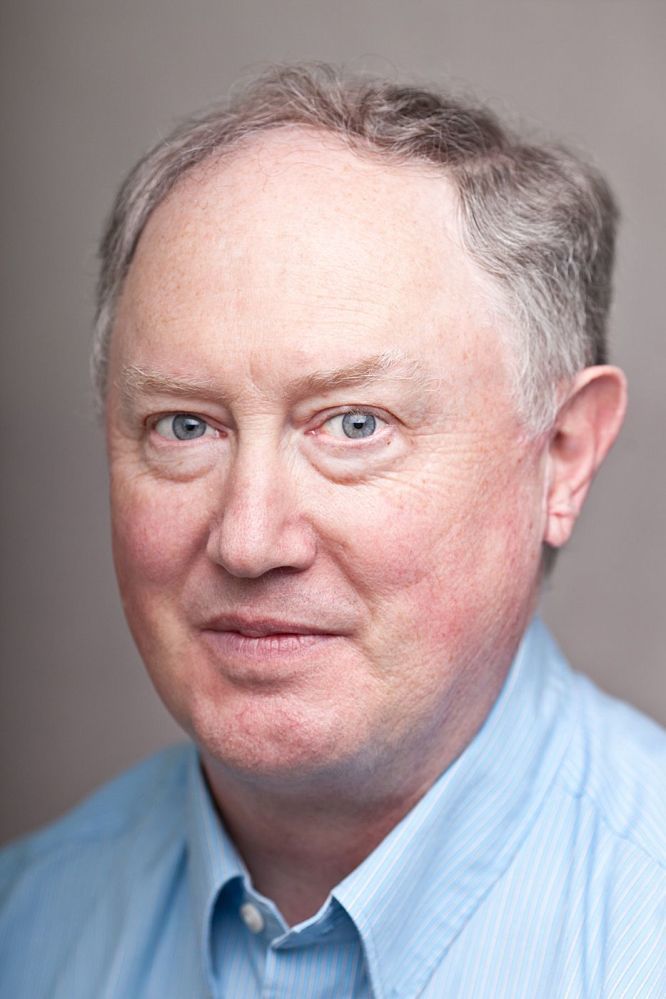 <p>This "Oyster Money" was issued in 1933 by the Olympia, Wash., Chamber of Commerce to celebrate the West Coast tour of the U.S.S. Constitution, "Old Ironsides," and to promote the construction of a shipping canal between Olympia and the Columbia River, perhaps at Ilwaco.</p>

In a region famed for public-works boondoggles, one of the biggest fish that ever got away is the Columbia River-Puget Sound canal system.

If westerners think of canals at all, the image that springs to mind is an oversized, concrete-lined irrigation ditch. These are relatively common on the dry side of the mountains, channeling arteries of water around U.S. Bureau of Reclamation projects designed to turn deserts into cropland. Dad and I used to hunt mallards along such canals, harvesting daily limits of companionship memories but little else.

A full-size ship canal is a different matter. Thats what some of our forefathers envisaged as early as the 1850s, with variations on the same theme cropping up again and again for more than a century.

In a way, the concept has ancient origins in Indian trade routes and portages. The Washington State Historical Societys Jim Sayce and others actively work to understand and map how Chinookan people moved around coastal watersheds. Sketchy documentation of these waterways and trails is available from a number of early sources, including the journal of Scottish botanist David Douglas, of fir tree fame.

Guided by Chinook Chief Comcomlys brother Tah-a-muxi, Douglas traveled along a kind of U.S. version of British Columbias island-studded Inside Passage. From Douglas destination of Grays Harbor, Indians used to continue up the Chehalis River, portaging their canoes a mile and a half to Black River and then to Puget Sound at what is now Olympia.

On Oct. 25, 1825 Douglas wrote, I found it very laborious dragging my canoe through the wood, over rocks, stumps, and gullies. On reaching (Willapa) Bay I proceeded along the coast a few miles; two hours before dusk a thick fog with a drizzly rain obliged me to encamp for the night ...

Long before this, Chinook legends recorded on Willapa Bay in 1890 by Columbia University anthropologist Franz Boas tell of the tribes migrations within and between the Columbia estuary and Southwest Washingtons other great marine water bodies. One of the best of these stories is about a poor, lousy-headed boy trying to make his way back to the spring village of Mythtown after being robbed of an otter pelt and abandoned by three older cousins. Forced to walk along the bay shore, lack of water transportation was obviously tantamount to a death sentence.

But reaching the broad mouth of the Naselle River at ebb tide and waiting for slack water, he sees five monstrous black bears emerge from the river and stand upon it. The boy thinks I must surely die, but he boldly discards his elk-skin blanket on the shore and begins to swim across. He passes one bear after another, but as he reaches the fourth, it looks him right in the face. As the boy faints, he realizes the bear is really the powerful spirit Itc!xia´n.

Waking on the homeward riverbank and endowed with supernatural luck by this spirit, the boy makes his way back to his people, wins everyones money in gambling games and becomes so wealthy that he can buy wives from every tribe in the region. Soon, he is surrounded by women speaking many different tongues, just as Itc!xia´n foretold.

The prospect of great wealth, if not many wives, also was what drove whites to cross waters and dream of linking the river and the sound.

Territorial Gov. Isaac Stevens wrote in 1860, the country between the Columbia River and Puget Sound ... was so favorable that it had been an idea, presented years ago, to connect their waters by a canal, so easy were the grades, and so low was the dividing ridge. Imagining vast possibilities, the Washington Legislature pressed Congress time and time again to consider the scheme. In 1907 this resulted in a U.S. Army Corps of Engineers study that suggested there wasnt enough groundwater available to keep such a canal full. Twenty navigation locks would be needed to lift vessels up and down the intervening hills, at an exorbitant cost, the corps said.

It is shocking to hear the Army Corps ever discouraged anyone from monkeying around with a complex hydrological system. Odds are good that the corps and its congressional partners merely preferred to spend the money elsewhere  for example, the Lake Washington ship canal near Seattle, which was constructed not long after the more grandiose Columbia-Sound canals were rejected.

The Great Depression brought a renewed push for the canal system. As recently as 1961, a new law created the Washington State Canal Commission, which contained a member touting easy travel on protected waters from Skagway, Alaska, to Lewiston, Idaho. Ballooning cost estimates – coupled with strenuous objections from the oyster, cranberry and fishing industries – finally killed it off. See tinyurl.com/lrdht3k for a blow-by-blow account of all this.

Of course one mans salmon-slaying boondoggle is anothers precious John Day Dam or deeper Columbia River shipping channel. What will it be next?

Matt Winters is editor of the Chinook Observer and Coast River Business Journal.