A photo of traffic gridlock posted on the Responsible Growth Astoria Facebook page in July. 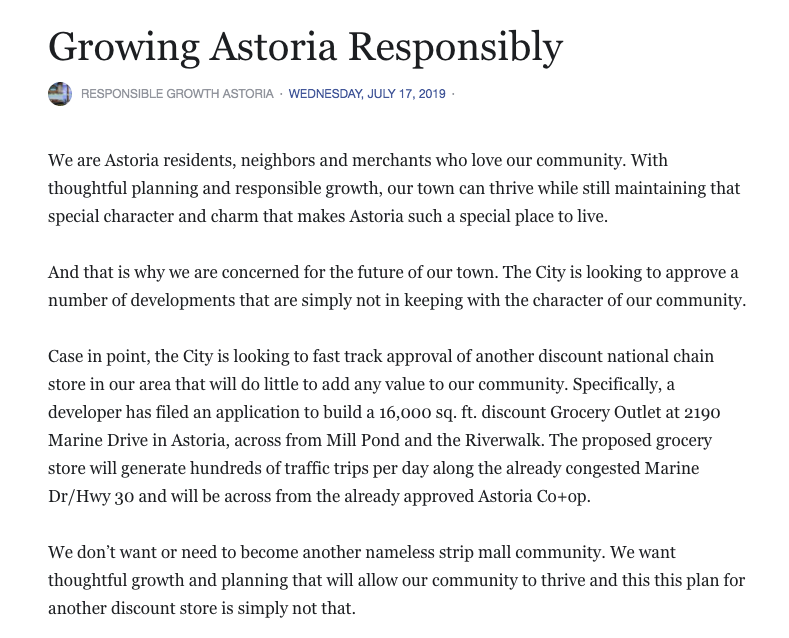 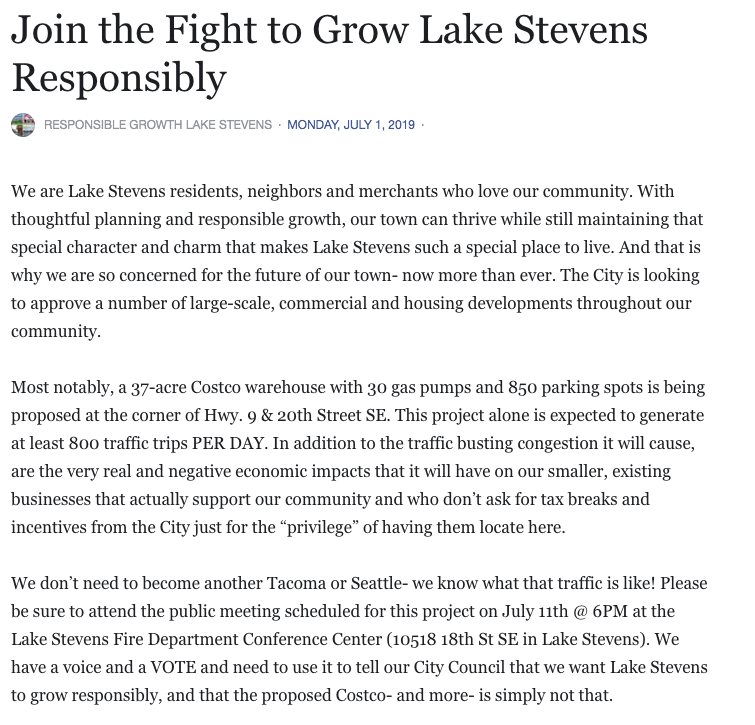 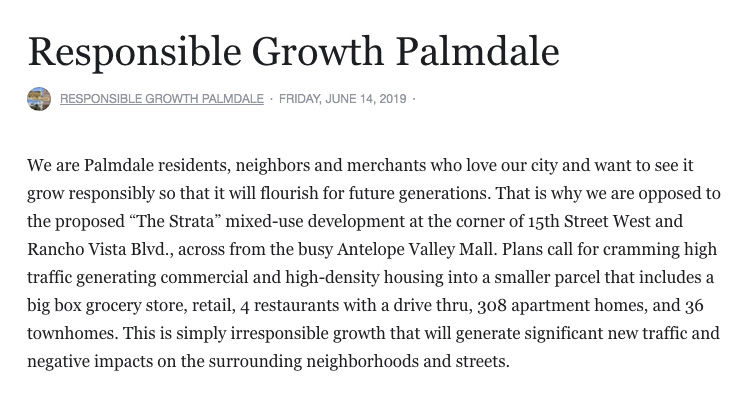 The first tell was the photo.

When Responsible Growth Astoria created a Facebook page in July to protest a new Grocery Outlet, they posted a photo of traffic gridlock that could have been taken in Anytown, U.S.A. Knowing Astoria, if a resident or business was that fired up about a project, they could have gone down to Marine Drive on any afternoon and snapped a photo of traffic congestion with their iPhone.

The second tell was the anonymity.

Responsible Growth Astoria refused polite requests to disclose who is organizing their campaign. They claim they don’t want to be harassed by the city or the Texas-based developer.

We are First Amendment purists and see value in anonymous political speech.

But there is no shame in Astoria, or anywhere else, really, for being against Grocery Outlet. No one will shun you if they find out you don’t want a national discount grocery chain at one of the few real traffic bottlenecks in town.

After reporter Katie Frankowicz started digging, she found Facebook pages for a Responsible Growth Lake Stevens and a Responsible Growth Palmdale. While the states and targets are different — a new Costco in Lake Stevens; a commercial and residential project with a Sprouts Farmers Market in Palmdale — the email addresses, the messaging and the calls to action are nearly identical.

The attorney for Responsible Growth Astoria, Karl Anuta, is also the attorney for Livable Lake Stevens, which changed its name the day after our story on the similarities between the groups.

Digging some more, ties emerged — through Andrew Grundman, a Sacramento, California, attorney — between Protect Pacific Northwest and several groups in California that have fought grocery projects. They all have nebulous, green-friendly names — Protect CEQA, Sustainable Mammoth Lakes, Sustainable Truckee — and seem only to speak through their attorney.

Is it possible local residents and businesses in Astoria quietly got together to oppose Grocery Outlet and reached out to professionals who do these kind of legal and public relations campaigns for a living? Yes.

Is it possible a grocery competitor, a labor union, or a deep-pocketed investor is behind all of these groups in Oregon, Washington state and California? Yes.

Responsible Growth Astoria makes a fair point that they should be judged on their argument, not who is organizing their campaign. Others who object to a Grocery Outlet near Mill Pond have questioned all the attention the group has received. “Who really cares?” one asked.

We care for the same reasons we reported that Andrew Miller, the CEO of Stimson Lumber Co., provided seed money for #TimberUnity, or that the Service Employees International Union and other labor interests helped finance state Rep. Tiffiny Mitchell’s campaign last year. The information provides context and background to public policy and political debates.

Knowing who is behind Responsible Growth Astoria would not invalidate their argument, it would inform it.

Cyndi Mudge, a veteran local organizer and volunteer, put it best in a post on Facebook: “Astorians should not be used as useful fools for outsiders.”

Responsible Growth Astoria should take off the mask.