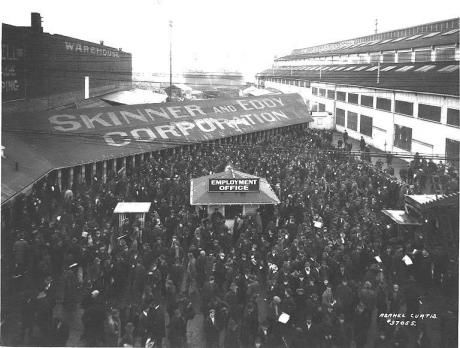 Workers strike in Seattle in 1919. 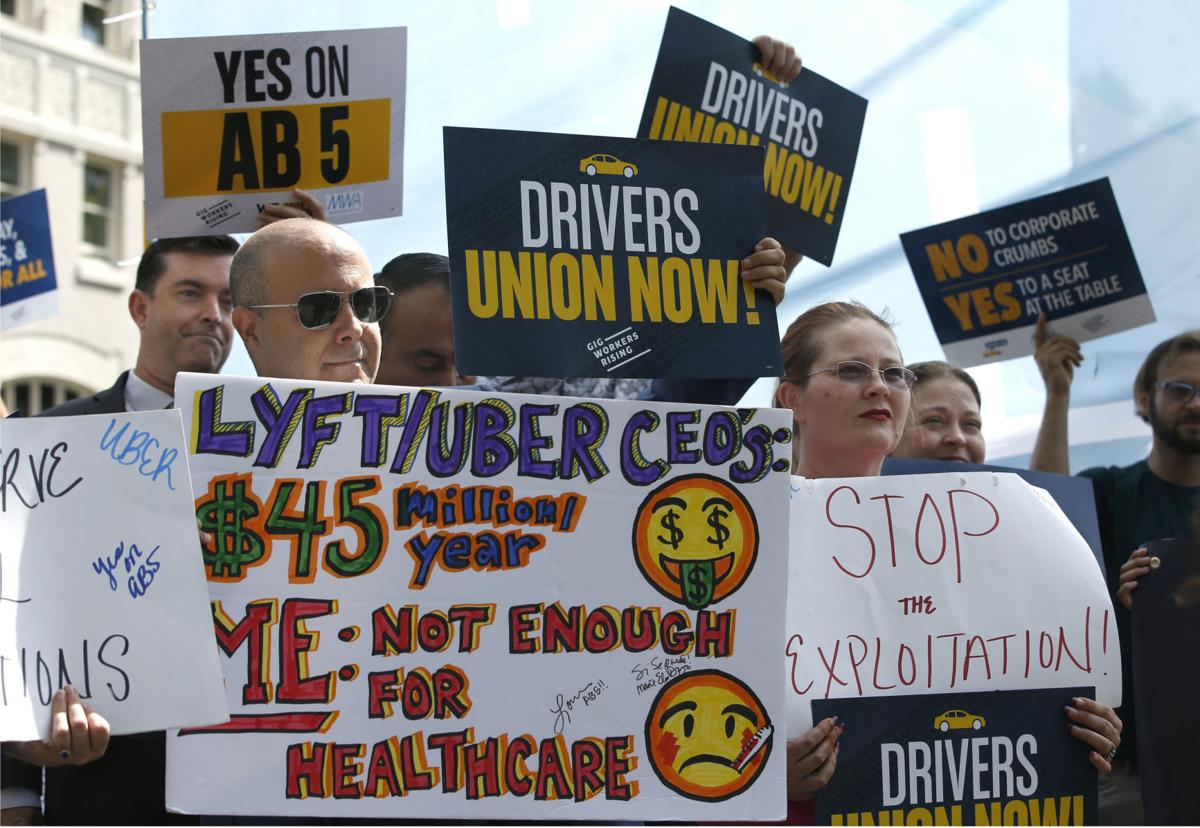 Supporters of a measure to limit when companies can label workers as independent contractors rally at the Capitol in Sacramento, Calif., in August.

While we celebrated the milestone of Labor Day on Monday, and many workers in the United States enjoyed a day off, it’s important to remember there is always more we can do to help the nation’s working men and women.

Many Americans still work on assembly lines, in offices and in fields. The office is an evolving concept, with more people telecommuting and some never changing out of their pajamas and still doing an honest day’s work.

When Labor Day became a federal holiday in 1884, it was a big deal for workers. And that was an America rife with large factories and assembly lines. Industrialists like Henry Ford and Thomas Edison introduced innovations and techniques that transformed our agrarian society into an urban one.

Compare old photographs of workers from a century ago with people today and it becomes apparent that Americans have changed. Today, even the poorest among us are better fed and far more advantaged than average citizens were at the start of the modern labor movement.

Positive changes don’t occur spontaneously. Individual men and women, working with intelligence and tenacity, deserve our gratitude for incrementally making the United States a nation which, for all its flaws, should still be the wonder of the world.

While much has changed, the idea of honoring labor remains a commendable aspect of this nation. Ultimately, those toiling in anonymity are far more worthy of our thanks than the famous captains of industry. Our families exist because of the labor of our parents and grandparents.

Here on the Columbia River, the Columbia River Fishermen’s Protective Union was the most visible of several active organizations that struggled to level the scales of economic and political power on behalf of laborers.

It wasn’t unusual for multiple men to die each season in the small, open fishing boats of that era. Meanwhile, fishermen vied with salmon packers over a penny or two per pound for the big Chinook that were the foundation of our economy.

The power of local companies and workers ebbed and flowed over the years. In bad times like the 1930s, companies failed and the jobs they provided disappeared. Firms that survived were most often the ones with the best long-term partnerships with fishermen and canning workers. These companies looked after employees and their employees returned the favor.

This collaboration between labor and capital in bringing about success is still robust in places like the communities of the lower Columbia. The owners of companies on the scale that prosper here understand that good workers are indispensable. And workers here are close enough to the “front lines” of capitalism to seldom take their jobs for granted.

These partnerships between employers and employees continue to be at risk because these days so many giant corporations wield so much power. You cannot pass a 24-hour news cycle without learning of one company or another which has transferred its real or symbolic headquarters to foreign nations, in part to deprive the U.S. of tax revenue. That trend should revolt us all.

Citizenship — whether by individuals or corporations — is a two-way street. Those who prosper thanks to the advantages created by our great nation must in turn be willing to help pay for it. Corporations that enjoy the protections of American laws shouldn’t wiggle out of tax obligations by moving their symbolic legal residence to another nation.

Our economy has been transformed in recent decades. Economic recovery has been uneven, delivering far more wealth to a tiny few, while so many Americans work within the context of a globalized labor market that tends to keep wages down.

This is creating feelings of anger and insecurity that are amplified in our national politics. Even so, working conditions and job fairness are a quantum leap better than they were in our grandparents’ time. Americans today still benefit from the transformations in labor laws and attitudes that came to permeate 20th-century society.

Although you don’t have to look far to uncover derogatory attitudes toward unions, the fair-employment initiatives that were led by organized labor groups are key to everything from minimum wages, bars on child labor, safe working conditions, employer-provided health insurance and a host of other things. We take most for granted. But they were won with sweat and sometimes blood.

In good times, some Americans consider labor rights and organizations to be sort of expensive extravagances. That is an absurdity. But even as the overall economy shows glimmers of improvement, it still behooves Americans and our leaders to empower labor in ways that ensure future economic health, and a balance of power between corporations and everyday citizens.

Families struggle to pay for the education children require for technologically demanding jobs. Health care, because it is most often tied to employment, remains a source of worry. No other nation on the planet has millions of its citizens filing for bankruptcy because of crippling medical bills. Lose your job, lose your insurance, lose your health. The sad case of an elderly Washington state couple who committed suicide earlier this summer because they couldn’t cope with overwhelming medical bills should haunt us all.

Personal wealth still is far from recovered to what it was before the Great Recession. For all these reasons and more, it’s important we always pay attention to the details of working life. The victories of the past can leak away when we’re not watching. We must be constantly vigilant and guard them.