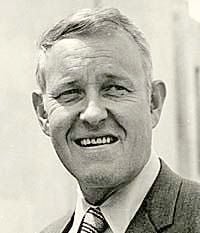 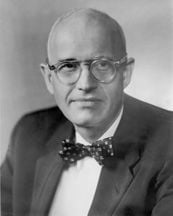 Like many of his generation, my father believed that progress could emerge from the political process. The prolific writer and politician Richard Neuberger was his friend. The East Oregonian, of which my dad was editor, was the only daily newspaper to endorse Neubergers candidacy for the U.S. Senate in 1954. When Neuberger died at the age of 48 in March 1960, my father wrote: ... (N)o man will pass this way whom I shall think better of.

Among the Senate eulogies, the conservative Richard Russell said that Neuberger was the most authentic and responsible liberal he had known.

The young Republican politician Tom McCall admired Neuberger and modeled his environmental progressivism on Dicks. While the Neubergers (Dick and Maurine) were political rivals of Mark Hatfield, in the context of history the competing Neuberger and Hatfield brands of public service were separately admirable.

Like many Oregonians of my age, I was spoiled by knowing the likes of Dick Neuberger, McCall and Hatfield, observing the state Legislatures that enacted the Bottle Bill and statewide land use planning and watching Congress in 1964 create the Civil Rights Act.

By contrast, we live in political poverty. Gail Collins in last Saturdays New York Times wrote a delightful riff on our record breaking do-nothing Congress (Its No Picnic in the Senate).

The 50th anniversary of passage of the Civil Rights Act has prompted conferences and books. Reviewing two of those books, Kevin Boyle writes that, Over the past century, Congress has passed only a handful of truly transformative pieces of legislation. He lists Social Security, the G.I. Bill and the Marshall Plan, Boyle puts the Civil Rights Act into its own category of significance.

There are many ways of looking at Washingtons political lethargy. Boyle offers a perspective that perhaps we should only expect rare significant accomplishment from Congress.

Still, the colossal inertia on Capitol Hill begs a question. If Republicans win control of the Senate and enhance their margin in the House in the November elections, what will they do with that power? It is unclear that they are in favor of anything except repeal of Obamacare, standing in the way of immigration reform and denying that climate change is real.

There is something new under the Sun. D.T. Max writes about the Nature Conservancys leader Mark Tercek in the May 12 issue of The New Yorker. Tercek is a former investment banker. He uses metrics to convince businesses that improving the environment is a smart choice. Maxs article focuses on the Nature Conservancys collaboration with Dow Chemical in Texas.

After 10 years of covering environmentalists in Washington, D.C., I decided that righteousness had become an insufficient recruiting tool for that movement. That is what makes Tercek a startling new presence. Not surprisingly, Max quotes environmental leaders who dont believe that Terceks approach is good enough.

In the Columbia-Pacific region the North Coast Land Conservancy has succeeded by developing partnerships that older environmental organizations might find surprising and unconventional. That is one reason why the Conservancy and its leader Katie Voelke are so refreshing. They are eager to engage the public on its level, without making righteousness the price of entry. And of course the Conservancy has a long record of successes.