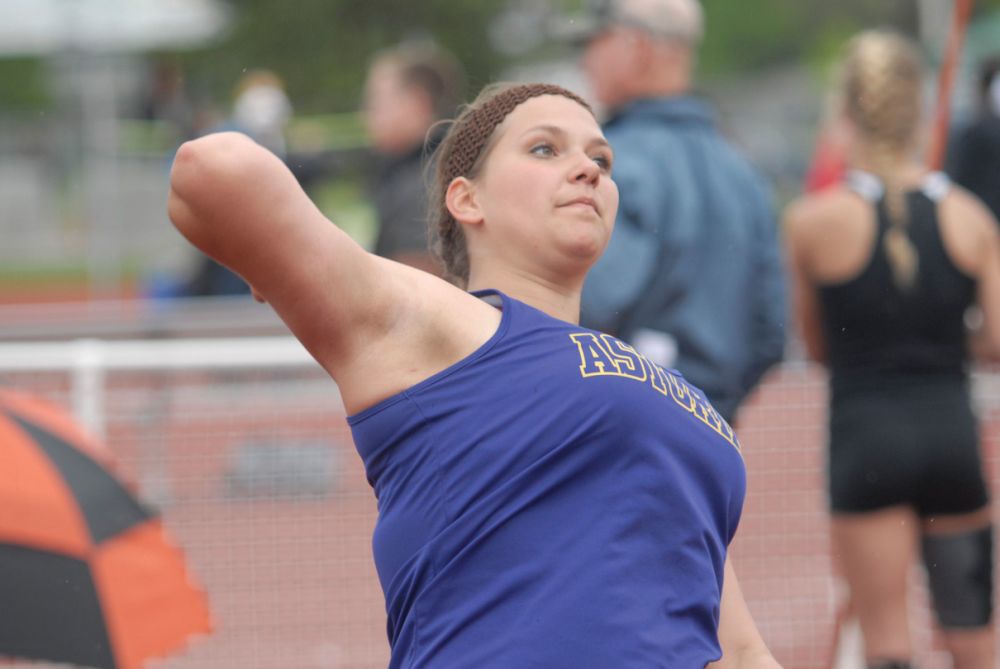 <p>Astoria's Halie Korff was second in the shot put and discus, and fourth in the javelin in Saturday's Dick Baker Invitational track meet.</p> 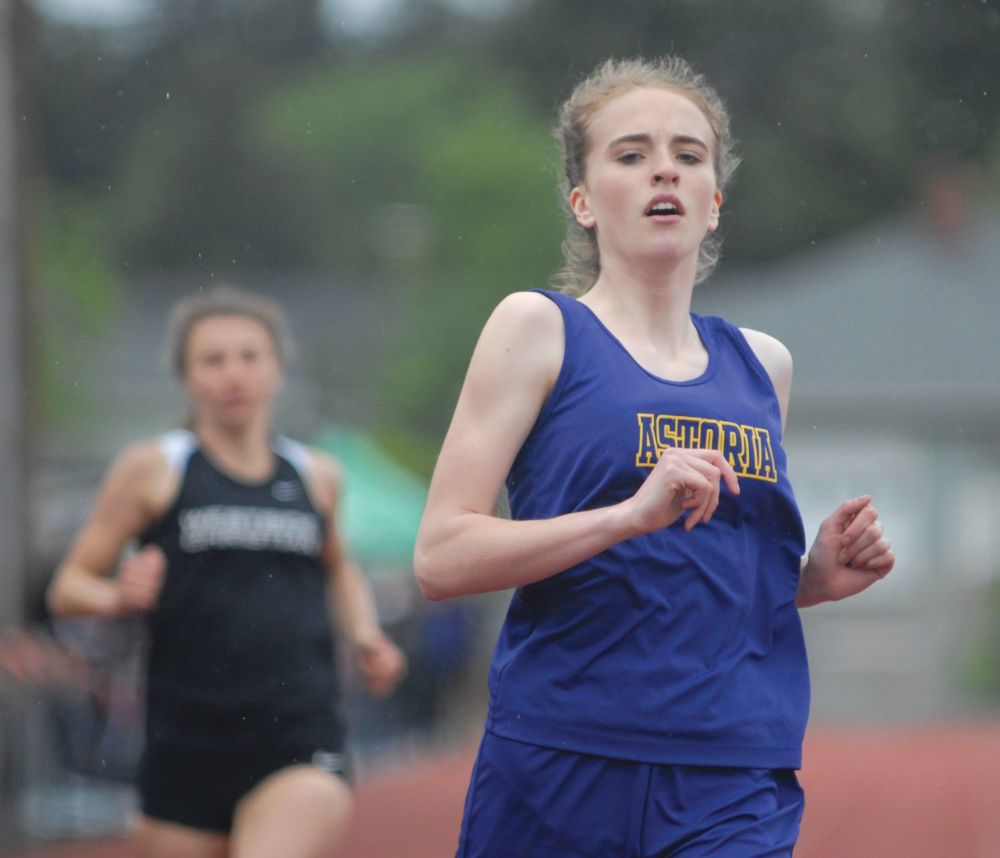 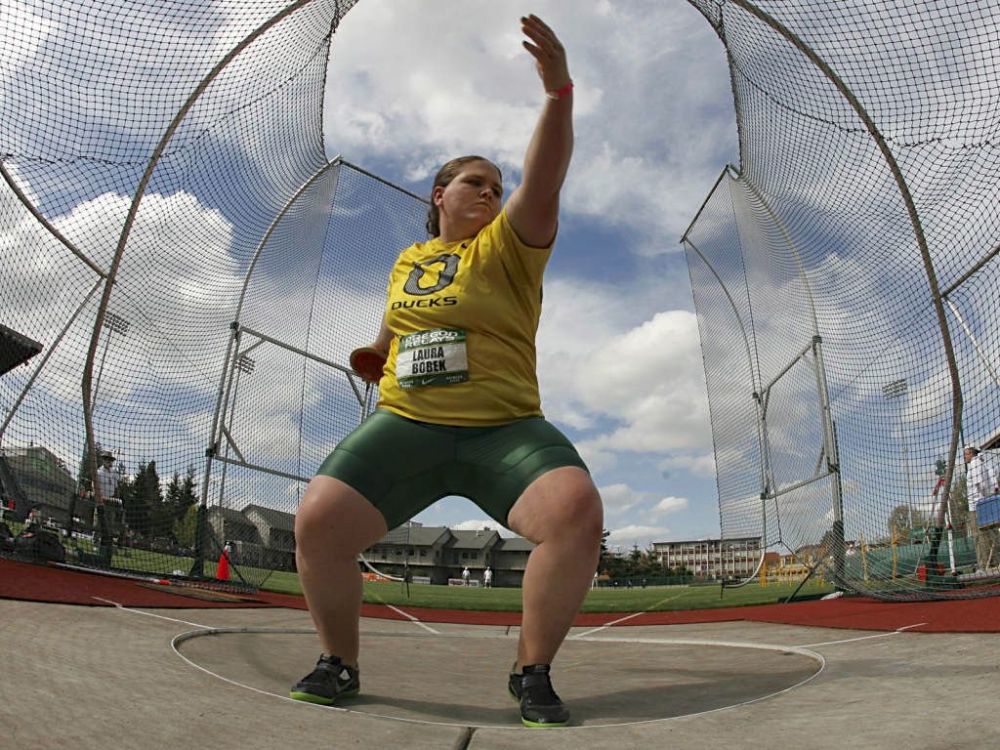 <p>Astoria's Laura Bobek had a personal best toss (and third-best all-time at Oregon) at a track meet Friday in Corvallis.</p>

<p>Astoria's Halie Korff was second in the shot put and discus, and fourth in the javelin in Saturday's Dick Baker Invitational track meet.</p>

<p>Astoria's Laura Bobek had a personal best toss (and third-best all-time at Oregon) at a track meet Friday in Corvallis.</p>

Over the last eight years, the Astoria Fishermen have lost just five games to Cowapa League opponents at Aiken Field.

The Scappoose Indians are responsible for three of those defeats.

They added the third Friday night, as Robert Medleys team had a big late-inning rally, made some clutch defensive plays and had a strong, complete-game performance from their ace pitcher in a 6-4 victory over the Fishermen.

In other words, the Indians did all the things Astoria usually does.

It was a good baseball game, said Astoria coach Dave Gasser. Theyve got their best kid (senior Will Sprute) throwing, and he only gave us a couple base runners. He threw a lot of strikes, their defense played well, and to be honest, I told the kids that the team that plays catch better wins. And they played catch better than us today.

Meanwhile, Medley and his teams have scored some big wins over Astoria  the biggest in the 2010 state championship  and Fridays win was just the latest.

Ive known Dave for a handful of years now, and its never easy playing against their squad, Medley said, because they do a nice job with the fundamental stuff. You always know what youre going to get  a team that never rolls over.

Tied 2-2 through six innings, the Indians scored four in the top of the seventh, then gave up two runs in the bottom of the seventh before recording the final out  with the bases loaded and Astorias most powerful hitter, Carter Wallace, at the plate.

And Wallaces fly ball to right carried just far enough for Sam Margheim to run in and make the catch, about a foot before the ball hit the ground.

We knew the bottom of the seventh was going to be tough, Medley said. The six, seven and eight hitters for Astoria are always going to do a good job of making contact, and making you make plays.

And with Carter up at the end, that was big. That kid swings the bat well. But we caught that one, and well take it.

The Indians relied on a lot more than just their four runs in the seventh.

Through six innings, Sprute had scattered five hits with four strikeouts and one walk, while his infielders were fielding pretty much everything hit their way. And the Indians saved their biggest play for the sixth inning.

Tied 2-2, the Fishermen had back-to-back, one-out singles by Ole Englund and Chris Leonardi, and Wallace was hit by a pitch to load the bases.

You have to get a zillion hits off that guy to score, Gasser said of Sprute. He just keeps pounding the zone. And that was it. Just tip the cap to Poose.

And Sprutes best friend showed up on the next play, as the next batter grounded into a 6-4-3 double play to end the inning.

That was big, Medley said. We debated bringing the infield in or leaving them back. We left them back, and it worked out.

Using the momentum of their big defensive play, the Indians offense went to work in the top of the seventh, sparked by a leadoff double from Hunter Hoyt.

Kyler Mizee was hit by a pitch, and after a pitching change, the Indians took advantage of a passed ball, an intentional walk to Sprute, and a bases-loaded walk to Steven Johnson to force in the go-ahead run.

Not finished, Robby Backus followed with a single to right to score Mizee, and one out later, Margheim doubled to left-center field, scoring Johnson and Backus for a 6-2 lead.

Two days earlier in a win at Seaside, Margheim hit a triple to the gap in the top of the seventh to score two runs, then he hits a double to the gap tonight that scores two, Medley said. Hes come up big, and its great to have him back and healthy.

True to form, the Fishermen rallied in their last at-bat.

Cooper Wullger and Nick Scott (No. 6 and 7 in the order) had back-to-back singles to start the inning.

Scappoose recorded the first out on a Kai Brown pop-up, but then misplayed a perfect double-play grounder that allowed Kyle Strange to reach first and Wullger to score.

Sprute struck out the next batter, then Englund fought off a 1-2 count and singled to right to score Scott.

After a walk to Leonardi loaded the bases, Wallaces fly ball to right field was caught by Margheim, who stumbled but made the catch to end the game.

SEASIDE  After 14 straight losses, the Seaside Gulls are back in the win column, following a 10-3 victory over Yamhill-Carlton Friday night at Broadway Field.

The Gulls also snapped a 13-game losing streak in Cowapa League games going back to last season (their last win was a 14-1 decision over Yamhill-Carlton April 29 of last year, also at Broadway).

No details were available.

RAINIER  The Rainier Columbians scored most their runs in the first three innings of a doubleheader Friday afternoon, and also played errorless ball on defense in an 8-3, 9-3 sweep over Warrenton in Lewis & Clark League action.

The Columbians had complete-game performances on the mound from Nayt Taylor and Austin Robb, while Nick Hanks had a double in both games.

Bradd Lundberg led Warrenton with three hits and three runs scored in the opener, while Hunter Michaelson and Justice Watson both had two hits in each game.

The Warriors host a doubleheader with Clatskanie Tuesday.

VERNONIA  Through 21 games of the 2014 season, the Knappa Loggers are scoring over 14 runs per game, and giving up just over three runs.

Thats proving to be an unbeatable combination for the best team in the state at the 2A level, as the Loggers of Knappa improved to 15-0 in Northwest League play with a 14-0, 12-2 sweep at Vernonia Friday.

No details were available from Fridays doubleheader. Knappa plays a single game at Gaston Tuesday.

RAINIER  Warrenton managed to push a run across in both games, but Rainier scored the Lewis & Clark League softball doubleheader sweep Friday, 14-1 and 11-1.

The Columbians had won their previous five games by a combined 49-0, before giving up the two runs to Warrenton.

Rainiers Jadyn Crape had three hits, with a double and four RBIs in Game 1. Jessica Gibson added a home run and three RBIs. Pitchers Shelby Saylors and Haley Schimmel combined on the two-hitter.

The Warriors scored their run when Landree Miethe had a leadoff double and scored on a base hit by Aleah Hobbs.

Gibson and Sarah Probasco pitched Game 2, with Gibson allowing three hits. Crape had a solo home run, and Ronni Gray added a double and a triple.

Warrenton scored in the second inning on a walk to Hanna Little, followed by hits from Taylor Ford and Charliene Banghart.

The Columbians (6-0 in league) had 25 hits in their eight at-bats on the day.

VERNONIA  The Knappa softball team lost a doubleheader at Vernonia Friday, but the Knappa Lady Loggers are still in first place in the league standings, despite Vernonias 6-1, 9-7 sweep.

Knappa committed five errors in the first game and seven in Game 2.

Kacie Cameron pitched both games for Knappa, finishing with a combined 13 strikeouts, with 16 hits allowed.

Jasmine Reynolds had a double and the lone RBI for Knappa in Game 1, while Cameron was 4-for-4 in Game 2. Iris Rankin and Reynolds each had two hits.

CORVALLIS  Astorias Laura Bobek was one of seven Oregon Ducks to win at the OSU High Performance Meet Friday, as the senior thrower ascended the Oregon record book with a personal-record throw of 177 feet, 10 inches to move to third all-time.

The mark continues a strong season for Bobek, who climbed to fourth at the Aztec Invitational earlier this season and improved that mark by more than three feet.

We have had a good throws program historically, said Oregon head coach Robert Johnson. Laura breaking into the top three is a testament to her hard work with coach (Erik) Whitsitt and it is great to see her keep improving.

Thirteen schools competed, mostly from the 4A level.

Team champions were North Bend (boys) and Cleveland (girls), while the Seaside boys were fourth, the Lady Gulls placed seventh, the Astoria boys were 10th and the Astoria girls tied for eighth.

Astoria sophomore Halie Korff had the second-best toss in the discus with a throw of 108 feet, 3 inches; and also took second out of 24 competitors in the shot put (34-5).

Seasides foursome of Cameron Sorter, Will Garvin, Juneau Meyer and Jefferson Farmer combined for a second-place finish in the 1,600-meter relay (3:32.65).

On Wednesday, the Gulls shot 337 and finished first at the eight-team Quail Run Invitational, featuring the top teams from the Sky-Em League and the Central Oregon region.

The following day, the Gulls bettered their score by one to a 336 but could only manage a sixth-place finish in the 10-team Crook County Invitational. This tournament featured some of the top 5A and 4A teams in the state.

At Quail Run, the Gulls had four players in the top 10 in what proved to be a very competitive tournament. Three strokes separated the top three teams as Seaside edged out Bend and Sweet Home for the title. Sam Hinton shot 82 for a fourth-place finish while teammates Shane Fritter and Trenten Meyer shot 84s for a fifth-place tie. Aaron Richardson also finished in the Top 10 with an 87. Donald Zwahlen shot 92 for Seasides other score.

At Crook County, the Gulls could not pull off two straight titles even though they scored better. Bend finished first with all individual scores in the 70s. Hinton again led the Gulls with a score of 81. Fritter was a stroke back at 82 followed by Richardson (85), Meyer (88) and Zwahlen (108).