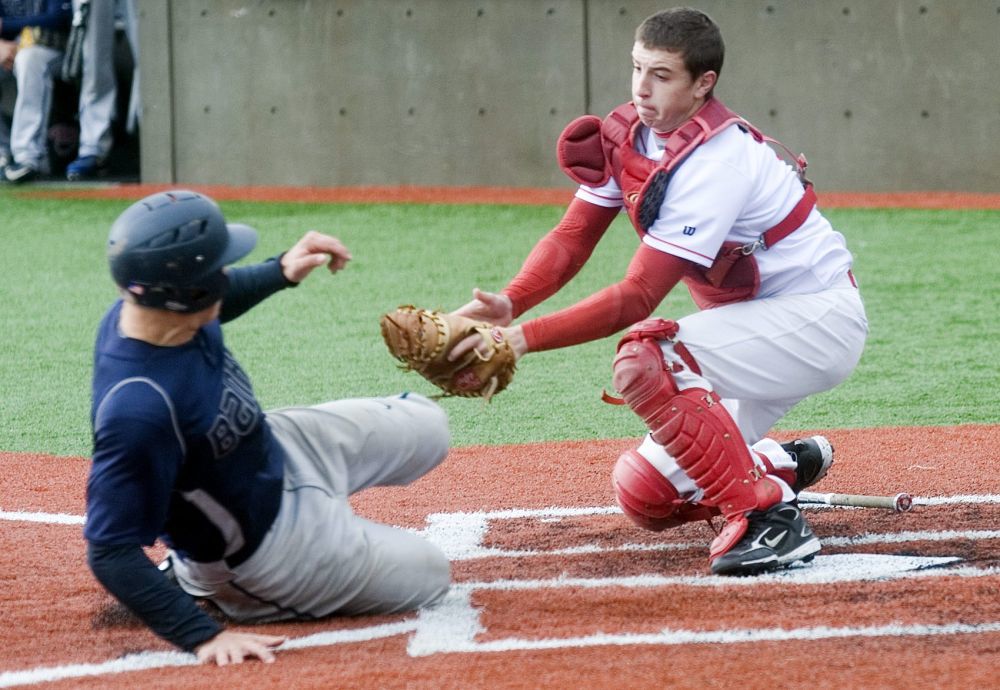 <p>Seaside's Kevin LaCoste blocks the plate and tags out a Banks' base runner.</p> 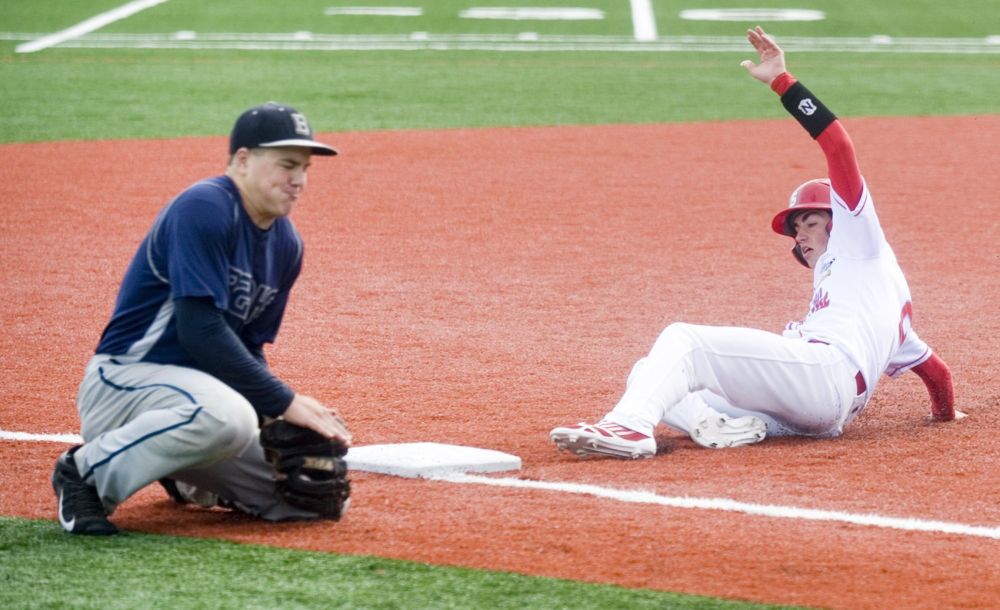 <p>Seaside's Jake Strozzi slides into third base after an errant throw pulls the Banks' infield off the bag.</p> 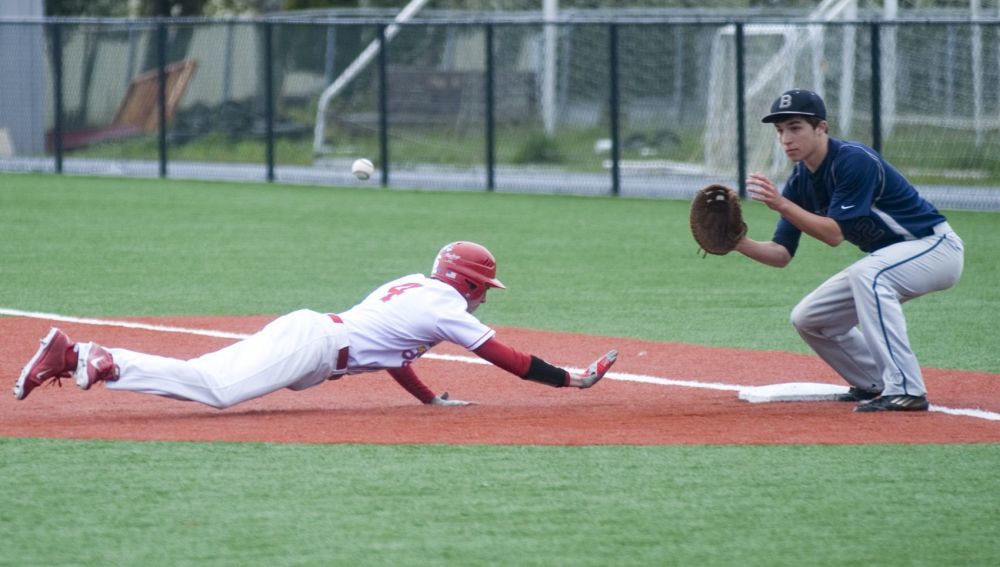 <p>The Banks defense tries to keep Seaside's Danny Leary from getting too big a lead off of first base with a pick-off attempt.</p>

<p>Seaside's Kevin LaCoste blocks the plate and tags out a Banks' base runner.</p>

<p>Seaside's Jake Strozzi slides into third base after an errant throw pulls the Banks' infield off the bag.</p>

<p>The Banks defense tries to keep Seaside's Danny Leary from getting too big a lead off of first base with a pick-off attempt.</p>

SEASIDE  Banks and Seaside combined to leave 20 runners on base Friday night in a Cowapa League baseball game at Broadway Field.

But the Braves took advantage of eight Seaside errors on a rain-slickened field to score a 14-4 win over the Gulls, as the Braves try to keep their postseason hopes alive.

Seaside had a pair of hits by Danny Leary, and singles by Kevin LaCoste and Jacob Bassett.

Seaside left the bases loaded in the fourth inning, then stranded two runners in both the fifth and sixth innings.

Defensively, the Gulls turned a 1-3-2 double play in the third inning, and shortstop Jake Strozzi snagged a line drive off the bat of Shane Spiiering to end the fourth.

Donny McClean and Spiiering had triples for the Braves, who improve to 5-7 in league play, behind third-place Tillamook (6-4).

Seaside plays a makeup game today at Tillamook, followed by a Tuesday contest against Astoria at Broadway Field, a Wednesday game at Scappoose, and a home contest Saturday vs. Yamhill-Carlton.

Harber named Co-Pitcher of the Year

Astoria's Conor Harber was recently named the Co-Pitcher of the Year for the Scenic West Athletic Conference, as the former Fisherman helped lead Western Nevada College to yet another regional championship over the weekend.

The Wildcats defeated host Salt Lake 8-4 Saturday to clinch the title, their fourth Region 18 championship. They will make their fifth appearance in nine years in the Western District Tournament, Thursday through Saturday in Phoenix, Ariz.

Bound for the University of Oregon next season, Harber was also named to the first-team all-Region 18 team.

Harber has played in 44 games in his sophomore season at Western, and currently leads the team in hitting (.333), with 26 runs scored, 18 RBIs and a team-high three triples.

He also has the best record among Western Nevada pitchers (8-0 overall), with a 2.23 ERA in a team-high 68.2 innings pitched.

Harber shared the SWAC Pitcher of the Year honor with Jason Jourdan of Salt Lake.

In the regular season, Harber compiled a 7-0 record with a 1.89 ERA in 62 innings pitched in eight starts. He entered the Region 18 tournament with 75 strikeouts and just 29 walks, while holding opponents to a .189 batting average.