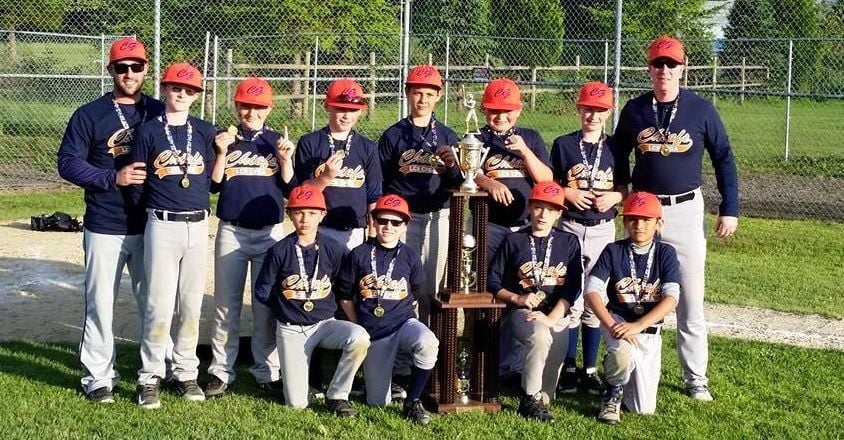 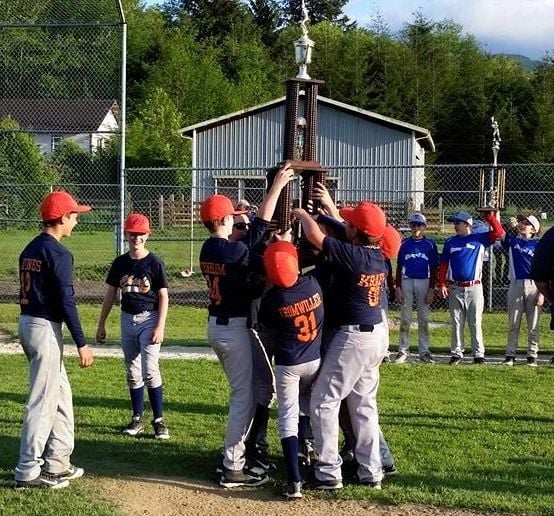 Naselle, Wash., opened the tournament with a 6-5, extra-inning win over Astoria, so the Chiefs had to fight back through the consolation bracket to earn the championship.

The Chiefs rallied to win six games in a row, including two straight against Knappa to win the championship.

Astoria won the first contest 6-2, then downed Knappa 7-4 in the second game to win the title.

Astoria pitchers Dylan Junes and Tony Tumbarello combined for both wins in both games.

Initially, the Chiefs trailed Naselle 4-0 in the fourth inning, before coming back and scoring 14 runs without an out.

During league play, the Chiefs went 11-0-1 for an undefeated regular season, and finished with an overall record of 17-1-1.

Astoria head coach Len Tumbarellosaid, “Every member contributed something during the six-game winning streak and this championship was a total team effort.

“I am so proud of the way they all gave 100 percent and competed throughout the tournament.”

Tumbarello is assisted by Digger Cokley.