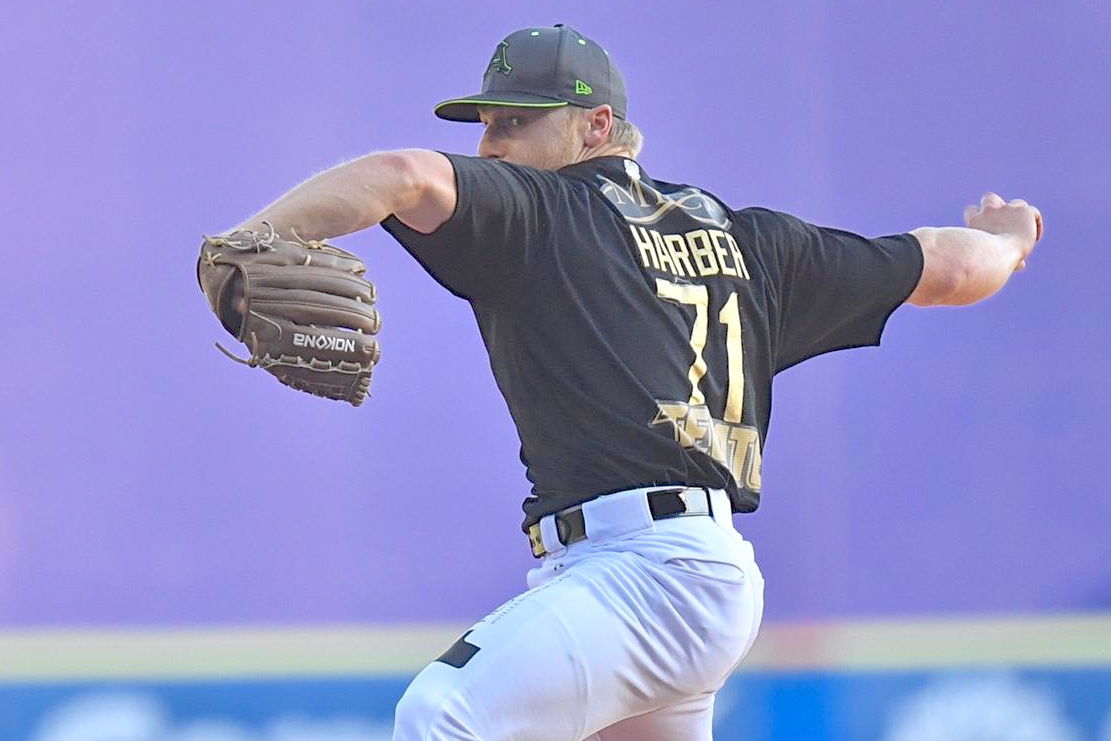 The many hats worn by Astoria’s Conor Harber, since graduating from high school.

The many hats worn by Astoria’s Conor Harber, since graduating from high school.

Monclova, Coahuila, Mexico, is the latest stop in the professional baseball career of Conor Harber.

The Astoria High School graduate, released by the Biloxi Shuckers last spring, has landed south of the border, where he pitches for Acereros del Norte, a Triple A minor league baseball team in the Mexican League.

After competing in college at Western Nevada College (2013-14) and the University of Oregon (2015), Harber was drafted in the 16th round of the 2015 draft by the Milwaukee Brewers.

He broke into the professional ranks with the Helena (Montana) Brewers of the Pioneer League, then went on to pitch for the Wisconsin Timber Rattlers in 2016 (single A, full season), the Carolina Mudcats in 2017-18 (single A, advanced), and the Biloxi Shuckers in 2018 (double A), before being released by the Shuckers on March 24 of this year.

Harber signed with Acereros on July 13, and picked up a victory six days later, allowing three hits with five strikeouts in five innings pitched in a 12-2 win over Sultanes de Monterrey.