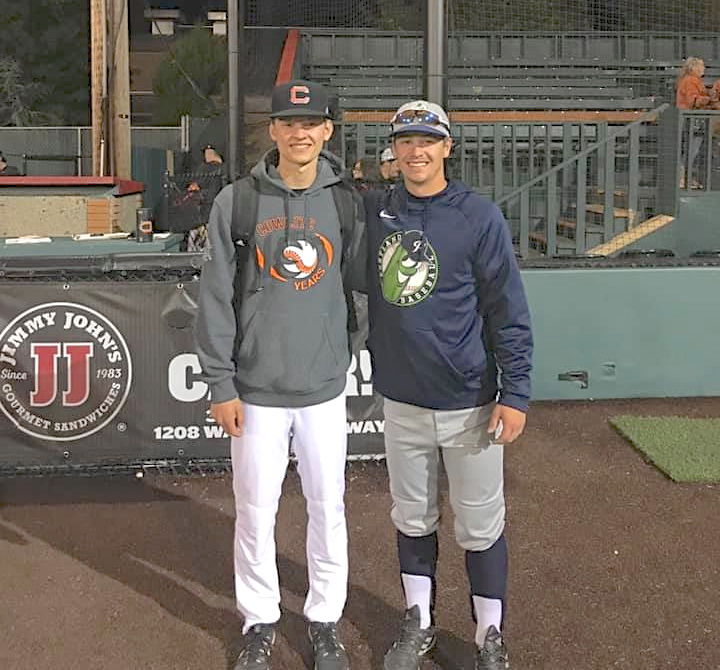 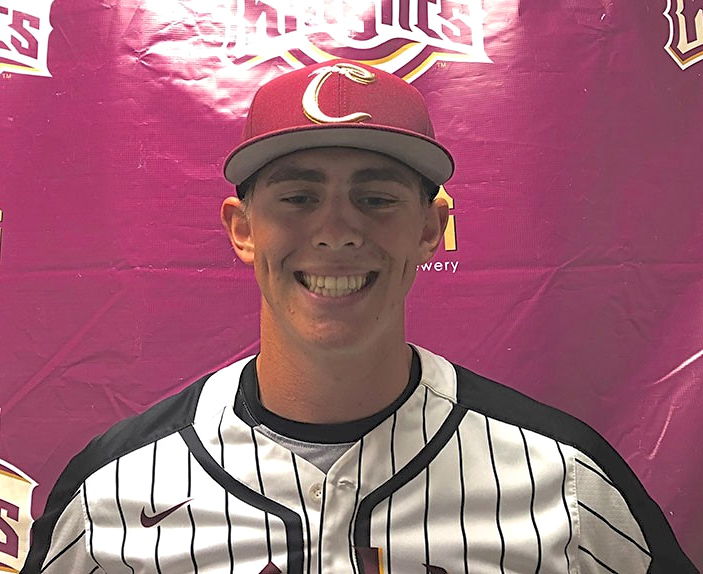 A weekend series between the Cowlitz Black Bears and the Portland Pickles will have a little added interest for followers of Clatsop County baseball.

The two baseball teams — which play in the West Coast League — will face each other for a three-game series Friday, Saturday and Sunday at Portland’s Walker Stadium.

Fans can watch or listen to the games live on the official websites for the two teams.

The Black Bears and the Pickles just happen to have ex-Knappa Loggers on their rosters this summer. Class of 2018 Knappa grads Kaleb “Bubba” Miller and Dale Takalo have spent the last two months playing in the WCL, Miller with the Portland Pickles and Takalo with Cowlitz.

Injuries have kept Miller out of the lineup, as the catcher played in just five games last spring as a freshman at Clark College. He has appeared in four games this summer for the Pickles, including a 6-5 win June 8 at Cowlitz, in which Miller had a single and scored a run, and got to face his former Logger teammate.

Takalo took the mound with two outs in the top of the seventh inning of that game, and retired Miller on a flyout to right field.

The Pickles eventually scored the win, while Cowlitz head coach Grady Tweit and assistant Justin Parrish were both tossed out of the game.

Through Thursday, Takalo has appeared in 13 games, and has pitched 19 and two-thirds innings, with 12 strikeouts, nine walks and a 6.40 earned run average. He currently has an 0-1 record, with one save.

His latest action was Thursday night, pitching the sixth and seventh innings in a 3-1 win over Yakima Valley. He gave up two hits with two strikeouts.

A junior at Corban College, Arnsdorf is getting plenty of mound action for the Knights this summer.

In one of his best games this summer, Arnsdorf pitched five scoreless innings in a 5-2 win over Yakima Valley on June 28 at Goss Stadium in Corvallis. He allowed just two hits with five strikeouts and one walk, and lowered his ERA to 0.61.

Originally a 10-day signee, Arnsdorf earned a full-time roster spot after that performance.

“The first inning I fell behind a couple times and they put some balls in play, but luckily they weren’t making solid contact,” said Arnsdorf, second on the Corvallis team with five victories. “The location of my running fastball, my cutter was the big difference, with swings and misses, foul balls, and weak contact.”

Signing with Corvallis in June, Arnsdorf said, “I had nothing to lose. I thought, ‘whatever happens, happens.’ Going out and playing like you have nothing to lose has been the key. I had somewhat of an idea what to expect playing for the Knights, and it’s been awesome, my favorite ballclub. Everything has exceeded my expectations.”

The WCL is the premier summer collegiate baseball league west of the Mississippi. The professionally operated wood bat league showcases pro prospects from major conferences around the nation.

Ninety alums and current players of WCL teams were selected in the 2019 MLB Draft, including No. 1 overall pick Adley Rutschman from Oregon State.