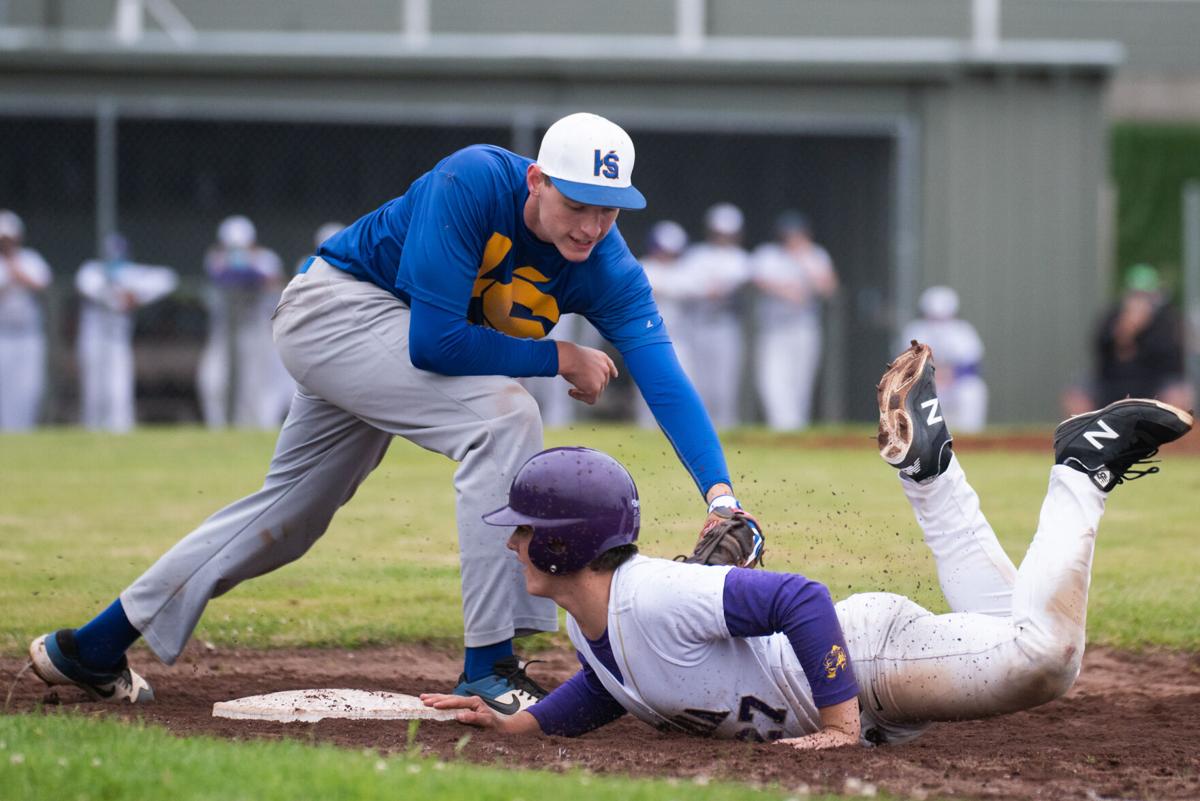 Knappa’s Logan Morrill tags Astoria Ford’s Aiden Giles in a failed attempt to pick him off at first base. 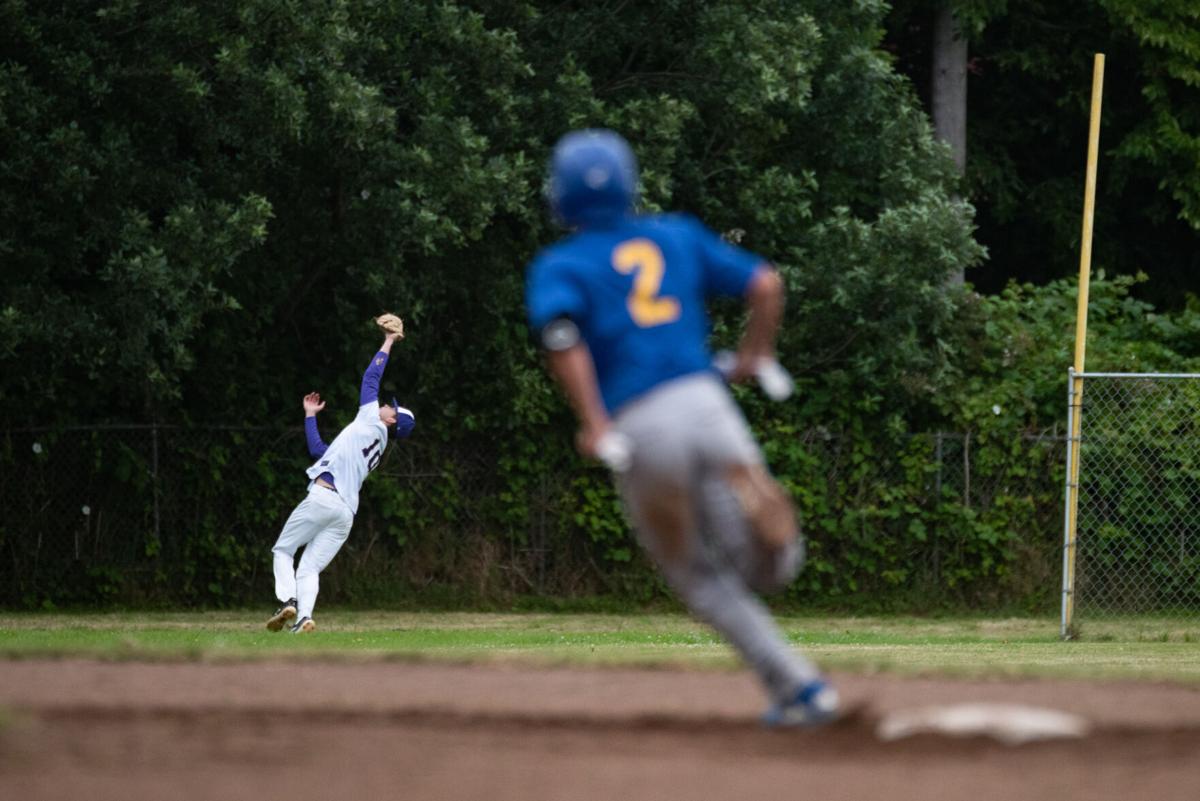 Knappa’s Tanner Jackson rounds second base as Astoria Ford’s Bo Williams catches a fly in left field and makes the third out.

Knappa’s Logan Morrill tags Astoria Ford’s Aiden Giles in a failed attempt to pick him off at first base.

Knappa’s Tanner Jackson rounds second base as Astoria Ford’s Bo Williams catches a fly in left field and makes the third out.

Baseball was in full swing Thursday at Ernie Aiken Field, where the Astoria Ford and Knappa Junior Baseball teams played a pair of games, with some very young players taking part.

With games and spectators well-spaced, most of the players on the 17-and-under teams saw their first game action of the year. The Junior State squads from Astoria, Ilwaco and Warrenton will continue the action Saturday at Aiken Field and CMH Field.

Thursday’s winner was Knappa, which swept Astoria by scores of 25-1 and 11-0.

“We haven’t even practiced as a full team yet,” Miller said. “We’ll have five guys come in for a few hours, then five more in the next shift. We haven’t faced any live pitching yet, and I just told kids to go out and play aggressive and not worry about the mistakes.”

With a few exceptions, most players from both teams were seeing their first varsity-type action.

Astoria Ford had 17 incoming freshmen, while the Loggers had 12 players, including five who will be freshmen and one eighth grader.

Knappa senior-to-be Cameron Miethe turned in a strong game defensively at shortstop, while “our best hitter of the night, by far,” Miller said, was Kutter Ball.

“He had a few doubles and hit ball hard every time up,” said Miller, as Ball reached base nine out of 10 times.

“It was just nice to see kids playing baseball,” Miller said. “Tyler (Lyngstad, Astoria coach) has done a great job with their field, and on the bright side for Astoria, they had two full teams of players, another testament to Tyler.”

With a schedule still to be determined, Knappa will play either Tuesday or Thursday next week, while Astoria Ford is scheduled to host games Saturday at both Aiken Field and CMH Field.