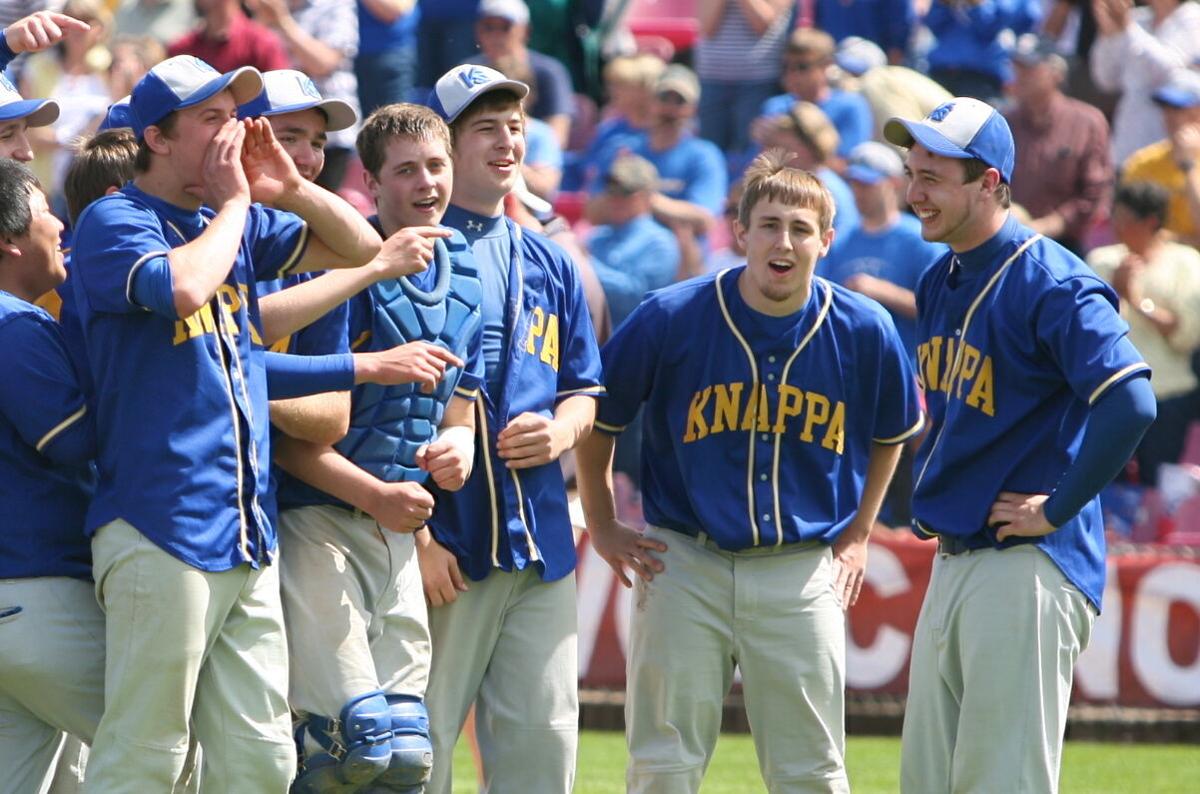 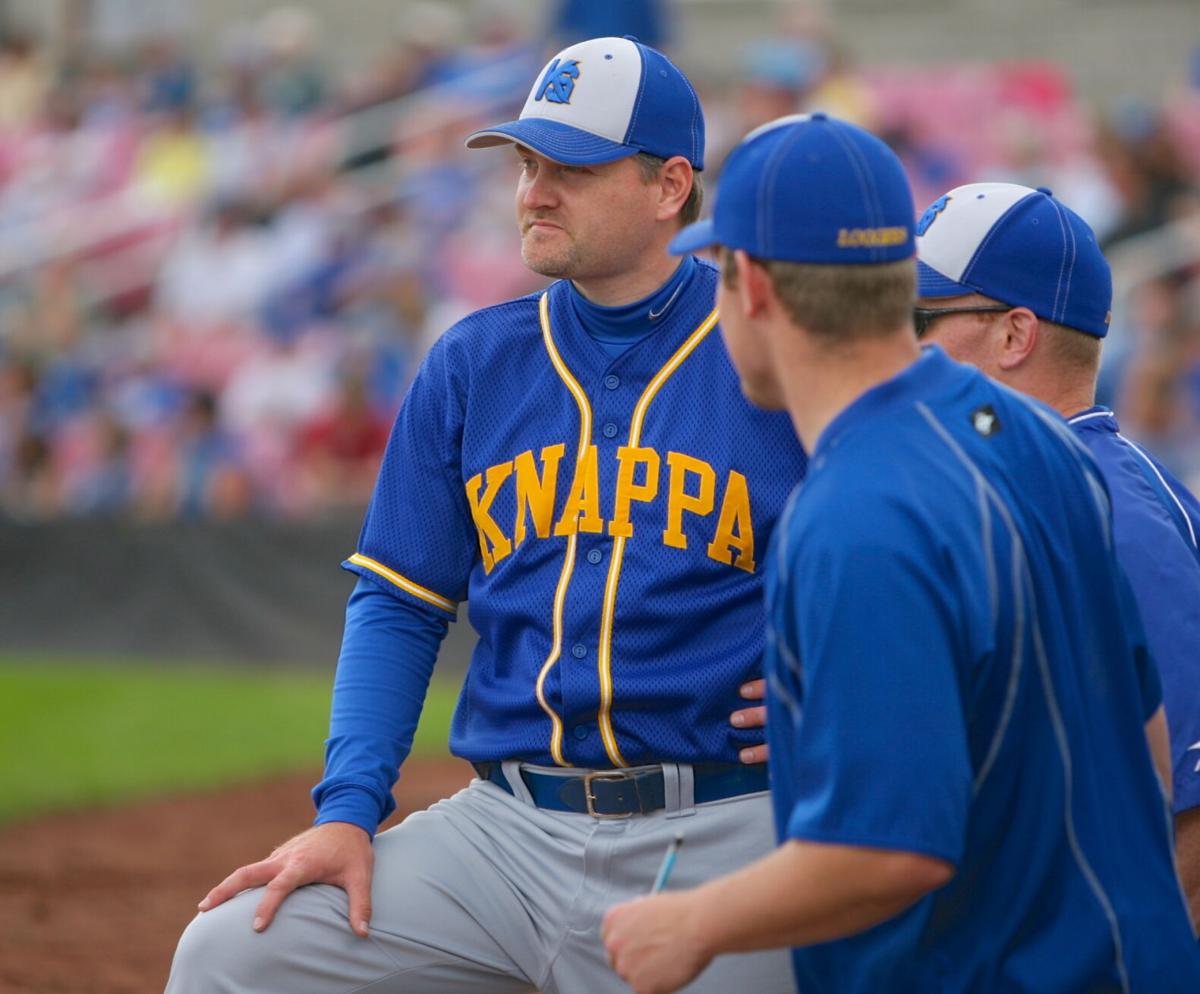 Knappa coach Jeff Miller talks over strategies with his assistants during the 2010 state championship game. 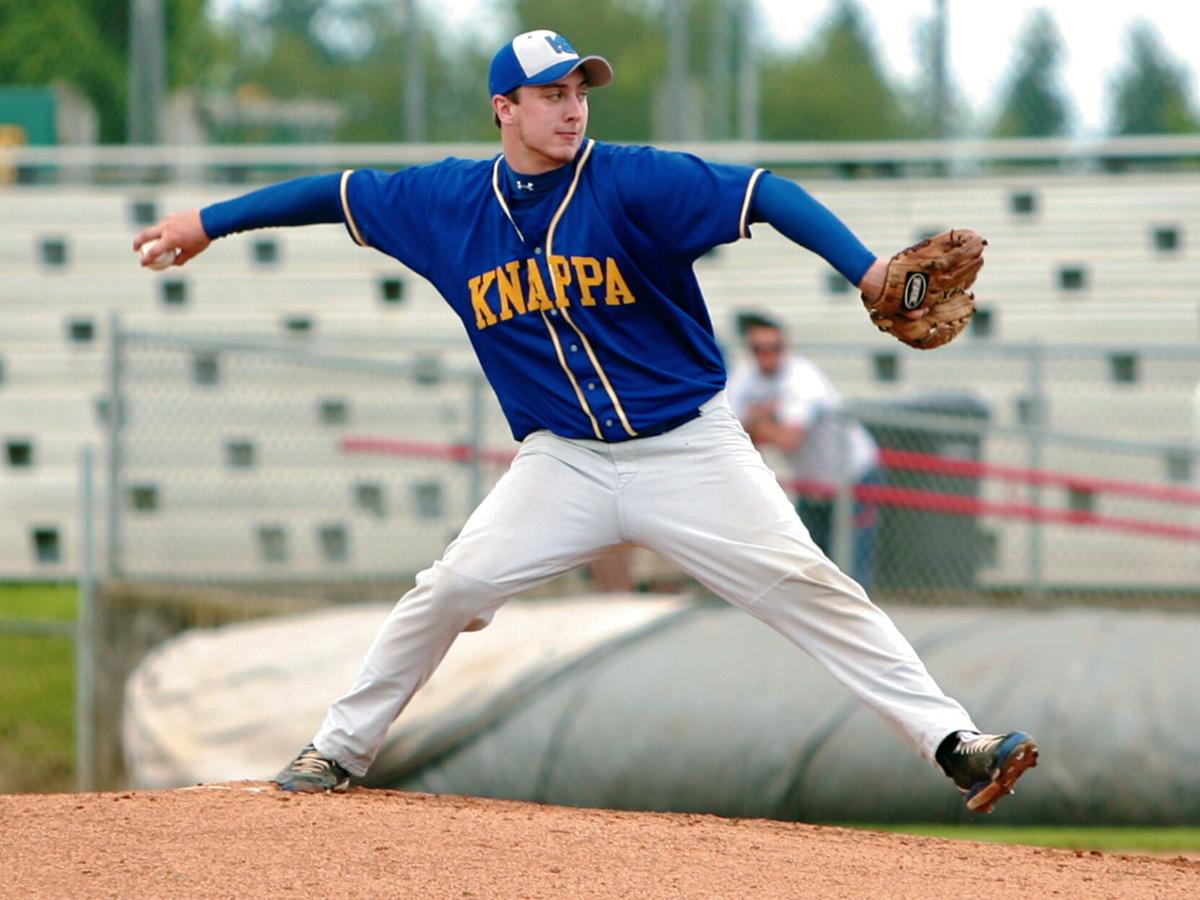 Knappa coach Jeff Miller talks over strategies with his assistants during the 2010 state championship game.

It was the season that officially anointed the Knappa Loggers as a powerhouse — and launched a dynasty — in Oregon 2A baseball.

The Loggers made the state playoffs every year from 2010 to 2019, and sported a 10-0 record in first-round games. Knappa advanced to the semifinals eight times in 10 years, finishing 5-3. And two of the semifinal losses came by a combined three runs.

Jeff Miller has coached the Loggers since 2002, racking up 370 career victories. This year’s season, before it was canceled because of the coronavirus pandemic, would have been Miller’s 19th at Knappa.

For the 10-year anniversary of the 2010 state title team, “we were hoping to invite those people back this year and honor them, but obviously that was thrown by the wayside,” Miller said. “Ten years. It sends my mind thinking about all the kids who have come through since then.”

Oddly enough, the 2010 season opened with a 9-4 nonleague loss at Clatskanie. The Loggers bounced back with a 7-3 win at Seaside, followed by a 15-12 rematch victory at Clatskanie.

After the loss on opening day, Knappa won 16 straight — the first of several double-digit win streaks over the next nine years.

“Going into 2010, I don’t think anybody thought we had a chance,” Miller said. “Coming into the season, we had no idea what we had. (Tevan) Klauser, (Aaron) Zweber and (Bryan) Sablan — none had played in high school, and they ended up as the starting outfield. Kyle Kelly and Jeffrey Benthin were freshmen, and by the time we got to the playoffs, they were our starting second and third basemen, and Benthin had never played in the infield.”

In addition, “we had no catcher. Klauser said he would catch because he had done it in little league. But we went to Clatskanie and they smoked us, and he said ‘no more of that.’ That’s when Scott Lambert, who was a really good second baseman, said, ‘I hate catching, but I hate losing more.’ I’ll do it.

“He didn’t know what he was doing to start, but at the end of the year he’s throwing out runners in the state championship game,” Miller said. “To me, that was one of the most remarkable individual sacrifices and performances that I’ve been around.”

Knappa lost two of three games to Portland Christian to finish the league season, and entered the state playoffs as the league’s No. 2 seed.

“There was an extra round in those days,” Miller recalled. “So we played Pilot Rock at Wahtonka, and their pitcher had never lost a game in high school. (Knappa’s) Cody Strickland had a terrible finger injury on his pitching hand and hadn’t thrown in quite a while.

“He said, ‘I’m going today,’ and he literally pitched with his index finger off the baseball the entire game, and threw a brilliant game,” winning, 9-1.

From there, “we went to Lowell, where we had three lightning delays, so the game took forever. We used three pitchers and somehow squeaked that one out.

“We didn’t come home, drove to southern Oregon and played Bonanza, and that game ended on a miracle play by Benthin at second base,” a 5-4 Logger victory.

“We went to Roseburg and played (defending state champion) Umpqua Valley Christian, a place Knappa had never won,” Miller said. “They had destroyed us 10-0 the year before, so that was a sweet victory. Then we came home, turned around and went to Salem.”

The Heppner Mustangs were coming off a 3-2 win over Portland Christian in the other semifinal, preventing an all-Northwest League final.

And, just two days before the 2A/1A championship game, Scappoose beat Astoria in an all-Cowapa League 4A state title game. It was an eight-inning thriller won by the Indians, 2-1.

So it was up to the Loggers to save the weekend for Clatsop County.

The 2A/1A championship game took place June 7, 2010 at Volcanoes Stadium. Before the contest began, Miller said, “I remember watching Heppner warm up, and thought, ‘Wow, they’re better at every position.’ But our kids just went out and played.”

And it all started with the birthday boy on the mound.

Strickland was Knappa’s starter, and hooked up in a pitching duel with Heppner’s Drew Johnson.

On his 18th birthday, Strickland allowed one run on five hits, with four strikeouts and no walks. Johnson had better numbers, allowing just four hits, and struck out seven with no walks.

In the second inning, Kyle Kelly struck out looking, but reached safely on a passed ball. With two outs, Zweber doubled to right to bring in the first run.

Knappa rallied again in the fourth, sparked by a leadoff double from Strickland.

Dalton Kelly was hit by a pitch, and Kyle followed with a single to score Strickland with the second run, all Knappa would need.

Heppner scored a run in the sixth, and the Mustangs had runners at first and third with no outs in the seventh.

One baserunner was called out on a runner’s interference, and the Loggers turned a strikeout-tag out double play to end the game.

“There’s more dominant performances, but I challenge anybody to find a better pitching performance in a game than the one Cody had,” Miller said. “It was a 63-pitch complete game that lasted under an hour.”

After the game, Strickland said, “It’s the best birthday present I could ever ask for. At the start I was throwing pretty hard. It wore off at the end, but I hit my spots and we made a lot of plays out there,” including two double plays.

In his one and only year of high school baseball, Klauser went out as a state champion.

“Everybody had been trying to talk me into it for years, and I figured, it’s my senior year, I might as well play the last sport.”

Miller says now, “I think we hit .209 for the playoffs, but we would always have a key guy get on, then a key hit, and it would be enough to win. That was a lot of fun. Not only being the first championship, but that particular makeup of kids and how it came together was really special.”

Picking an “all-decade team” for Knappa baseball would be fun — but impossible for the coach.

“That would be fun conversation, but there’s no way I could ever pick that kind of thing,” Miller said. “I love ‘em all.”

He added, “We’ve been really fortunate. None of it is guaranteed, and it’s been a special run of kids, parents, school support and luck. There’s a lot of pitchers, teams and players out there who are really good. I just try to make them appreciate the game, and try to make ‘em a little better than when they started, and hopefully it works out.”

A decade of highlights

The final numbers for Knappa baseball from 2010 to 2019 may never be matched again.

In league play, the Loggers were 160-11, a .936 winning percentage. They are 117-3 in league since 2013. And the overwhelming majority of the victories did not go past five innings.