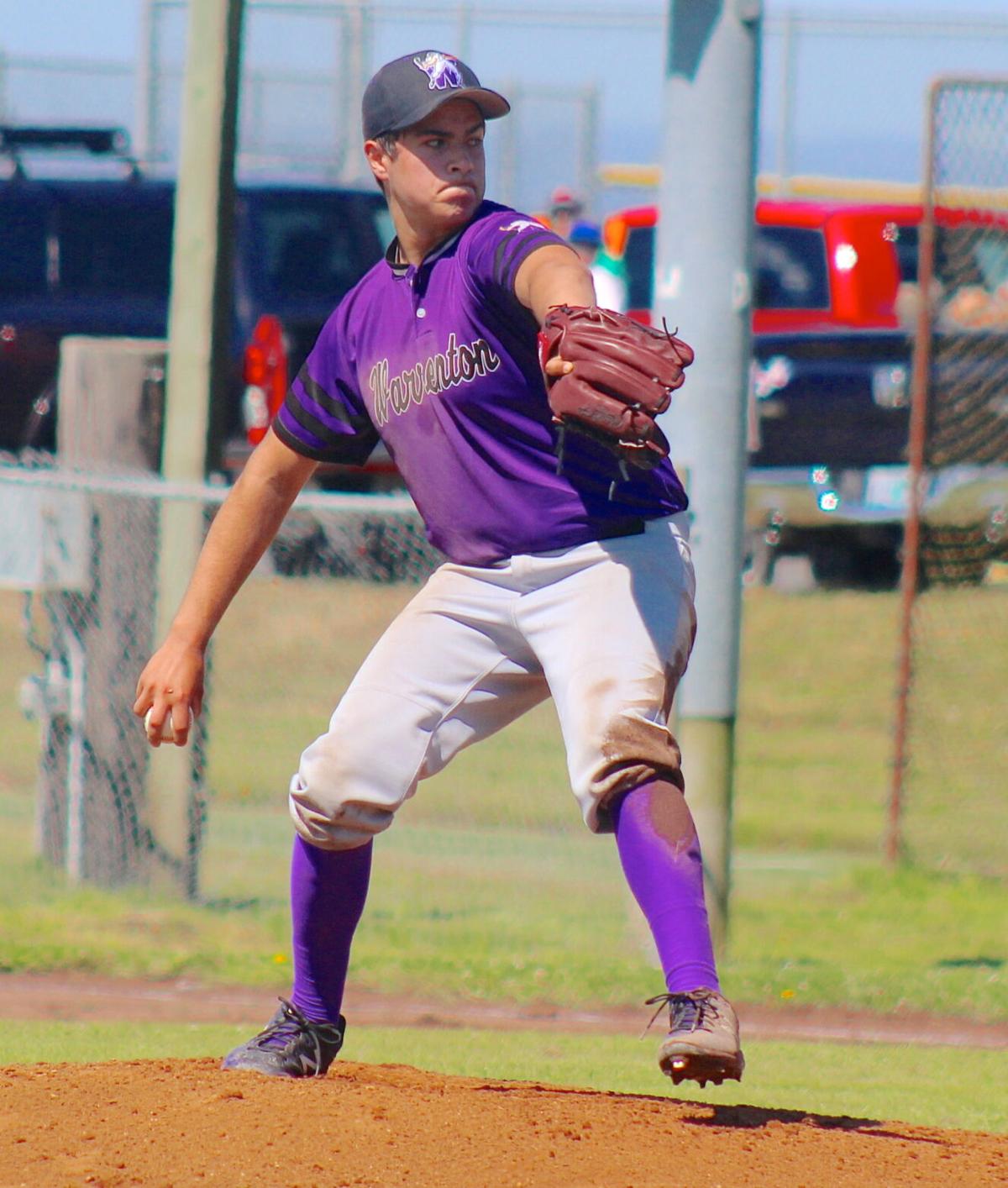 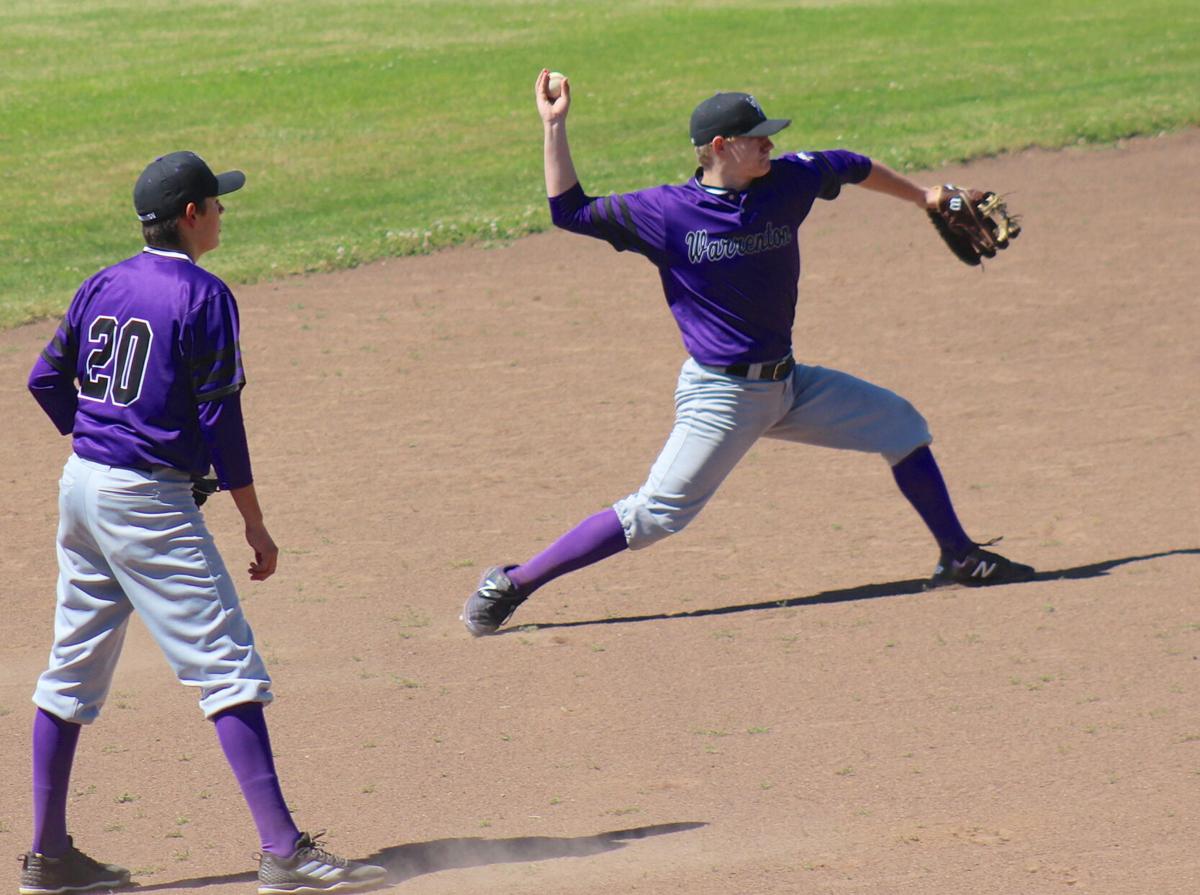 Warrenton shortstop Dylon Atwood sets and throws to first base for an out against Tillamook.

Warrenton shortstop Dylon Atwood sets and throws to first base for an out against Tillamook.

A full day of baseball was on tap Saturday in Astoria, as five games took place in two locations, with five teams taking part in contests at Ernie Aiken Field and CMH Field.

At Aiken Field, Warrenton bounced back from a 13-2 loss to Tillamook in a morning game with an 8-2 win over Neah-Kah-Nie in the afternoon.

The Warriors scored the first run of the day against the Cheesemakers, but Tillamook scored 13 of the next 14, building an 8-1 lead after two innings.

Two Warrenton pitchers scattered five hits with 11 walks, while a few untimely Warrior errors extended innings and allowed the Cheesemakers to score runs in every at-bat.

Tillamook went on to a 12-1 victory over Ilwaco at CMH Field to finish as the only unbeaten team of the day.

Warrenton regrouped between games, eliminated the errors and scored in four of its five at-bats against the Pirates.

Warrenton’s Dawson Little pitched four-and-a-third innings, and allowed one hit with five strikeouts and seven walks. Dylon Atwood finished on the mound, giving up one hit.

“Neah-Kah-Nie looked a little like we did in the first game,” said Warrenton coach Lennie Wolfe. “That’s how it’s going to be in a lot of these summer games. We’ve still only been together about three-and-a-half weeks, and we would essentially be at the end of March if this was the spring season. I just reminded them between games not to get disheartened, and we did a good job of regrouping.”

Astoria Ford posted a win at CMH Field in the morning then lost a nightcap at Aiken Field.

The Fishermen topped Ilwaco 7-6 in the first game at CMH Field, as they broke open a close game with five runs in the bottom of the second inning, then held off Ilwaco rallies in the fifth, sixth and seventh.

Nate Hopkins and Kaeden Lyster each had two hits for Ilwaco, while Grady Cox drove in two runs.

The last game of the day between Neah-Kah-Nie and Astoria Ford featured a combined 16 runs on just five hits, with the Pirates scoring a 9-7 victory over the Fishermen.