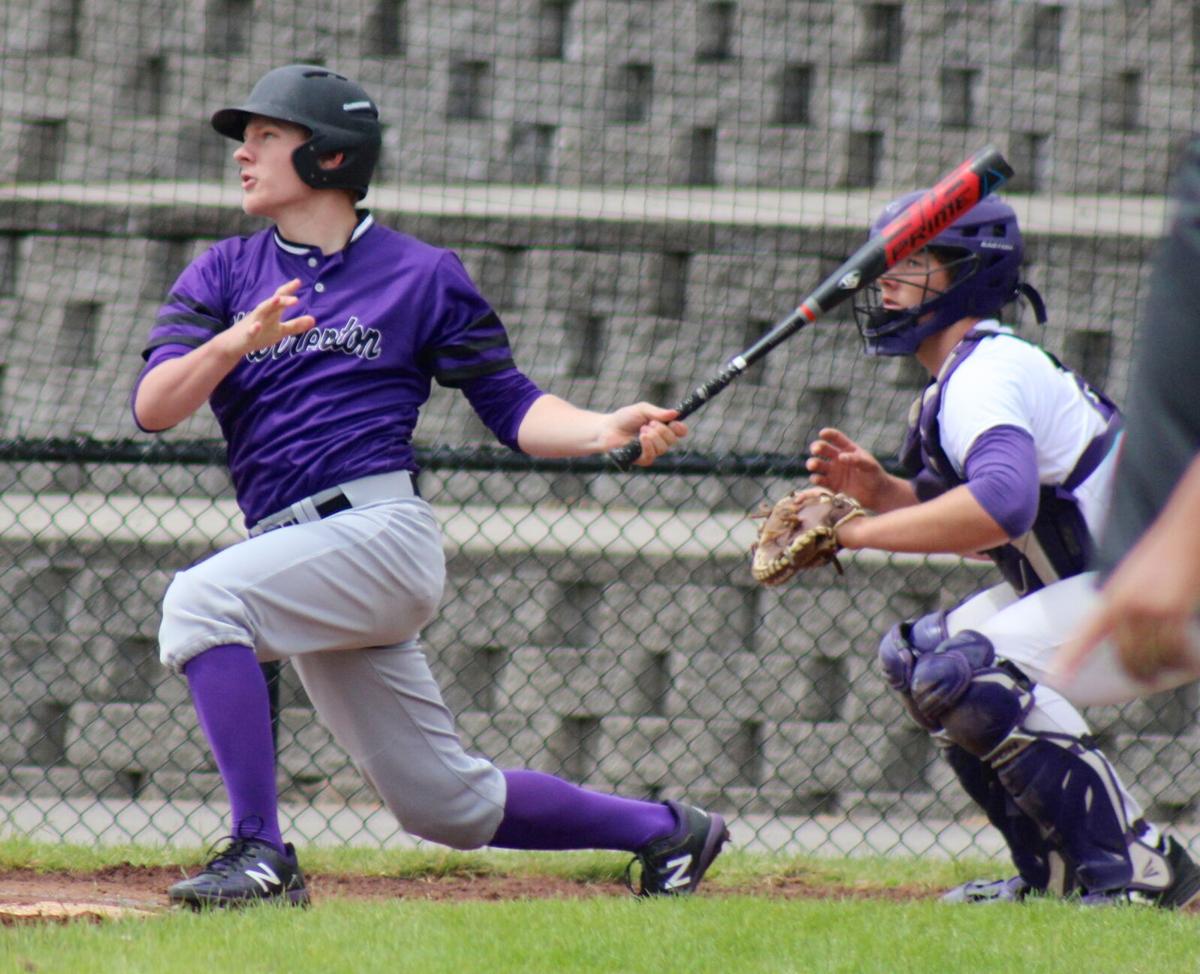 Astoria outfielders Tony Tumbarello and Bo Williams (10) collided on a fly ball against Warrenton. The ball was knocked loose and eventually caught by Tumbarello. 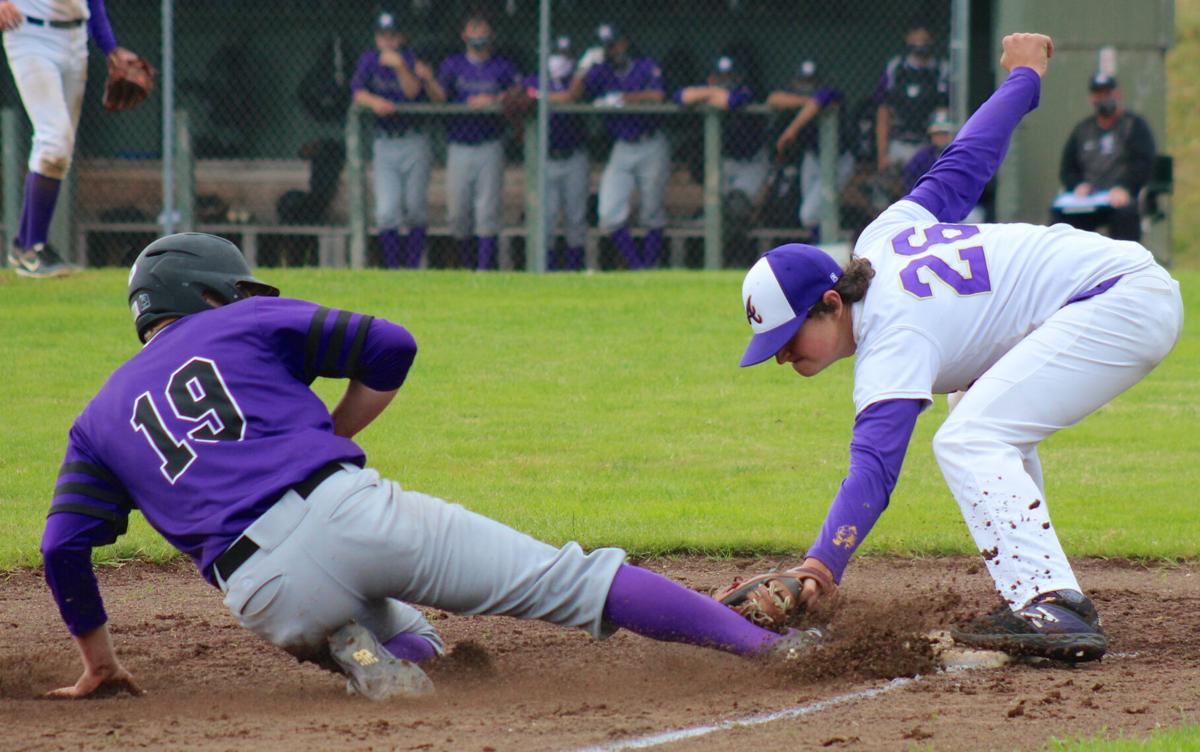 Astoria third baseman Karson Hawkins, right, puts the tag on Warrenton’s Dylon Atwood, who was called out on the steal attempt.

Astoria outfielders Tony Tumbarello and Bo Williams (10) collided on a fly ball against Warrenton. The ball was knocked loose and eventually caught by Tumbarello.

Astoria third baseman Karson Hawkins, right, puts the tag on Warrenton’s Dylon Atwood, who was called out on the steal attempt.

It was a “Futures Game” between the Warrenton and Astoria Junior Baseball teams Thursday night at Ernie Aiken Field.

While the Warriors had to bring up a couple seventh graders just to have 11 on the roster, Astoria had over 20 players, but they were all very young for the most part.

In the first game of a triple header at Aiken Field, Warrenton defeated the Fishermen 10-2 in a game eventually stopped by the two-hour time limit.

Five different players saw action on the mound for Warrenton, and the offense was clicking on all cylinders, racking up 25 runs in just 10 official at-bats.

In the first game of the day, the Warriors wasted no time in jumping on Astoria, scoring four runs in the top of the first inning on just one hit.

After a scoreless second, third and fourth, Warrenton tacked on five runs in the fifth on two hits. Hoagland was hit by a pitch to force in a run, and two more base runners scored on an Astoria error.

Mike Moore and Sven Johnson had hits to score two runs for the Fishermen in the bottom of the fifth.

Against the Pirates, Warrenton had six hits and held a 12-0 lead through three innings.

Falls was 3-for-4 at the plate and Josh Earls scored four runs, all without a hit.

“The pitchers aren’t going to be sharp early on,” said Warrenton coach Lennie Wolfe. Against Astoria, “It was basically a JV lineup for both teams. That being said, I thought we were swinging the bat much better, we ran the bases well and we were communicating a lot better on the field.”

Astoria rallied from an early 1-0 deficit by scoring three runs in the third inning and four in the fifth, while Karson Hawkins and Tony Tumbarello held Neah-Kah-Nie to four hits, with four strikeouts and no walks.

The Fishermen had four hits and drew six walks with three hit batters. Olson and Tumbarello each had two steals for Astoria, which hosts four games Saturday at Aiken Field.