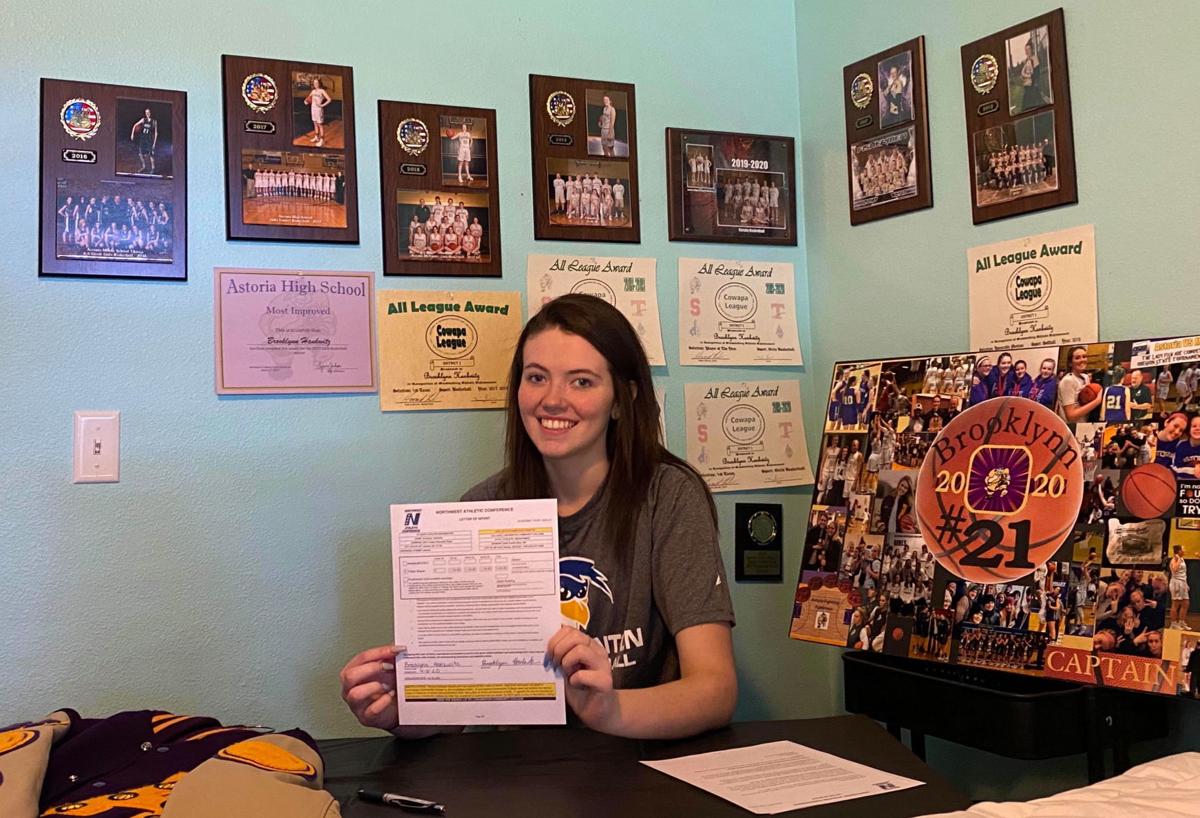 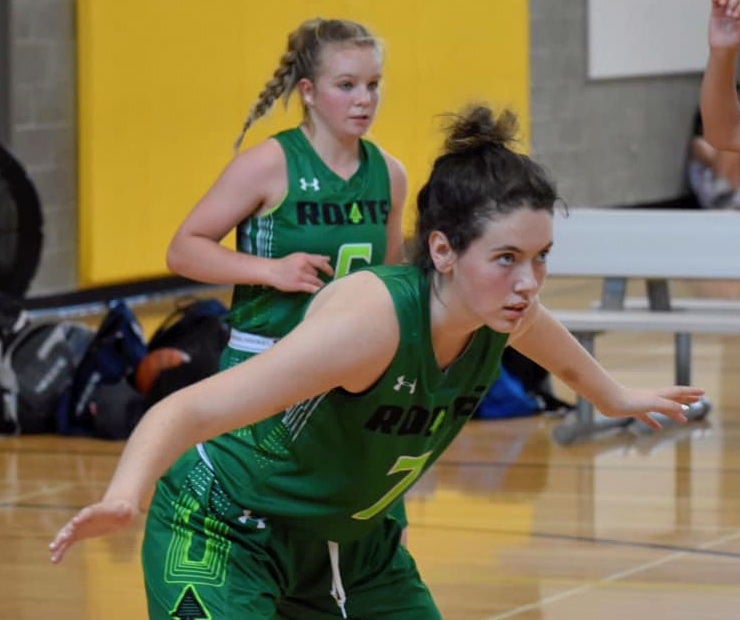 Playing for a club team last summer, Astoria’s Hailey O’Brien, top, and Brooklynn Hankwitz will be teammates again next season at Linn-Benton.

Playing for a club team last summer, Astoria’s Hailey O’Brien, top, and Brooklynn Hankwitz will be teammates again next season at Linn-Benton.

It was a tough conclusion to the 2019-20 school year for most high school senior athletes.

But for a lucky few, their careers will continue at the next level.

Astoria’s Brooklynn Hankwitz is one of the few, as the senior basketball player officially extended her athletic career Monday afternoon.

In a “homemade” signing ceremony, Hankwitz signed a letter-of-intent Monday to play next season at Linn-Benton Community College.

Her mother Lisa Hankwitz made the signing as official as it can get, with Brooklynn signing her letter in front of her many athletic accomplishments over the last four years. Her latest award was a selection to the first team all-state squad.

“Out of all the things going wrong in this world right now, there is still some good,” Lisa Hankwitz stated. “It may not have been in front of her peers and teammates, but she has worked hard and earned this scholarship. Beyond proud of her and her hard work. Thank you to all of her coaches and all of you have encouraged her and cheered her on along the way.”

Hankwitz was the Cowapa League girls basketball Player of the Year for the 2019-20 season, after helping lead the Lady Fishermen to a league title and a spot in the state tournament.

Astoria was on the team bus headed for Forest Grove to play in a quarterfinal game when the Fishermen learned that the tournament had been canceled.

Linn-Benton appears to be the most popular choice among local senior athletes who will continue their athletic careers.