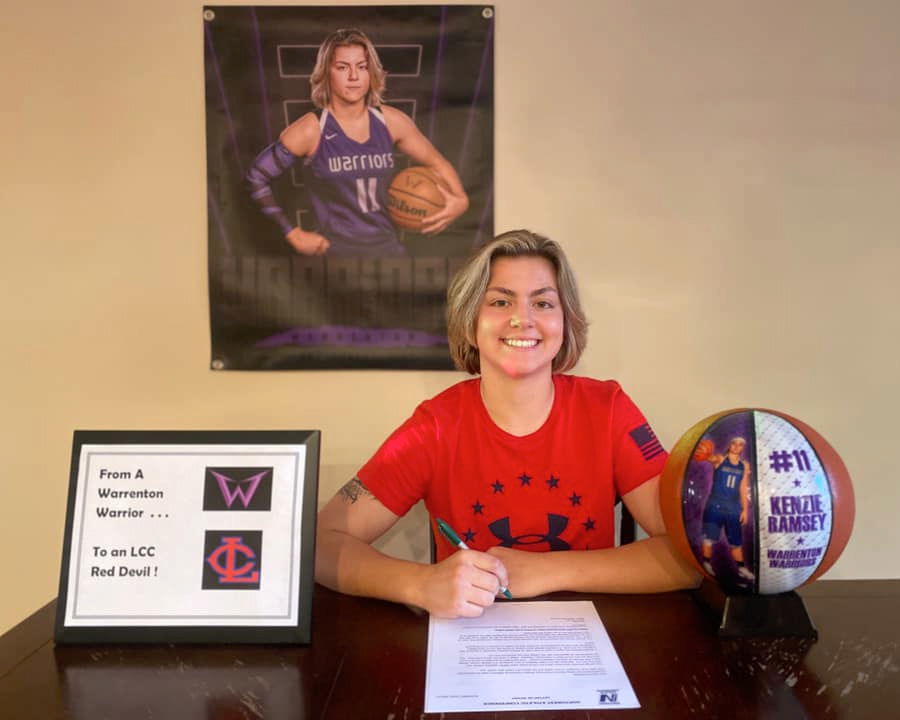 As official as it gets, Warrenton's Kenzie Ramsey at her signing ceremony Wednesday. 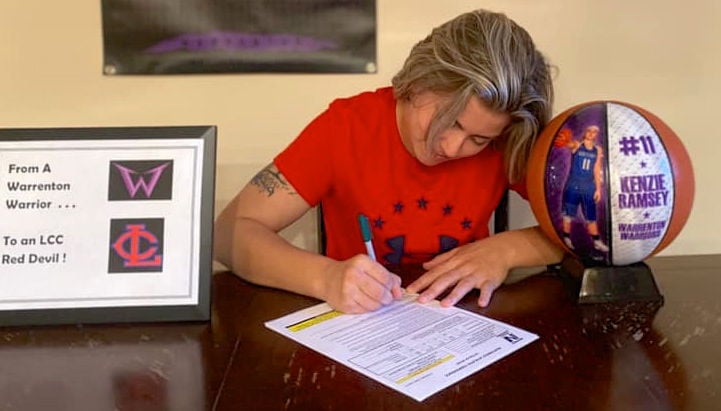 As official as it gets, Warrenton's Kenzie Ramsey at her signing ceremony Wednesday.

As high school senior athletes are having to sit and watch their final season of sports slip away, at least one had a little something to celebrate Wednesday in Warrenton.

In an unofficial ceremony, three-sport star Kenzie Ramsey officially signed her letter of intent to play basketball next season at Lower Columbia College.

Without all the fanfare and cell phone photos that come with the normal college signings, Ramsey’s parents did not want to deny their daughter a ceremony.

Ramsey’s mother, Carlie, stated on Facebook, “Since COVID-19 has shut down schools, Kenzie’s signing day (at the school) was canceled.

“However, this is a very special moment, so her dad and I created our own signing session for her.”

So, seated at a table surrounded by mementos from her high school sports career at Warrenton, Ramsey signed her letter of intent with Lower Columbia.

“As of today, Kenzie is officially a Red Devil,” Carlie said. “She will be tearing up the court next year.”

Ramsey — all-league or all-state in all three of her sports (football, basketball and softball), said she hasn’t ruled out playing softball in college.

“I wasn’t planning on it,” she said. “I’m just going for basketball, but if it gets brought up in conversation or offered I’d play softball.”

Lower Columbia also has women’s soccer, another sport once played by Ramsey, who was an all-state placekicker for the Warriors in football last fall.

Ramsey is hoping she gets to play some high school softball before the spring season is over, but if not, she said, “it’s been a good ride.”