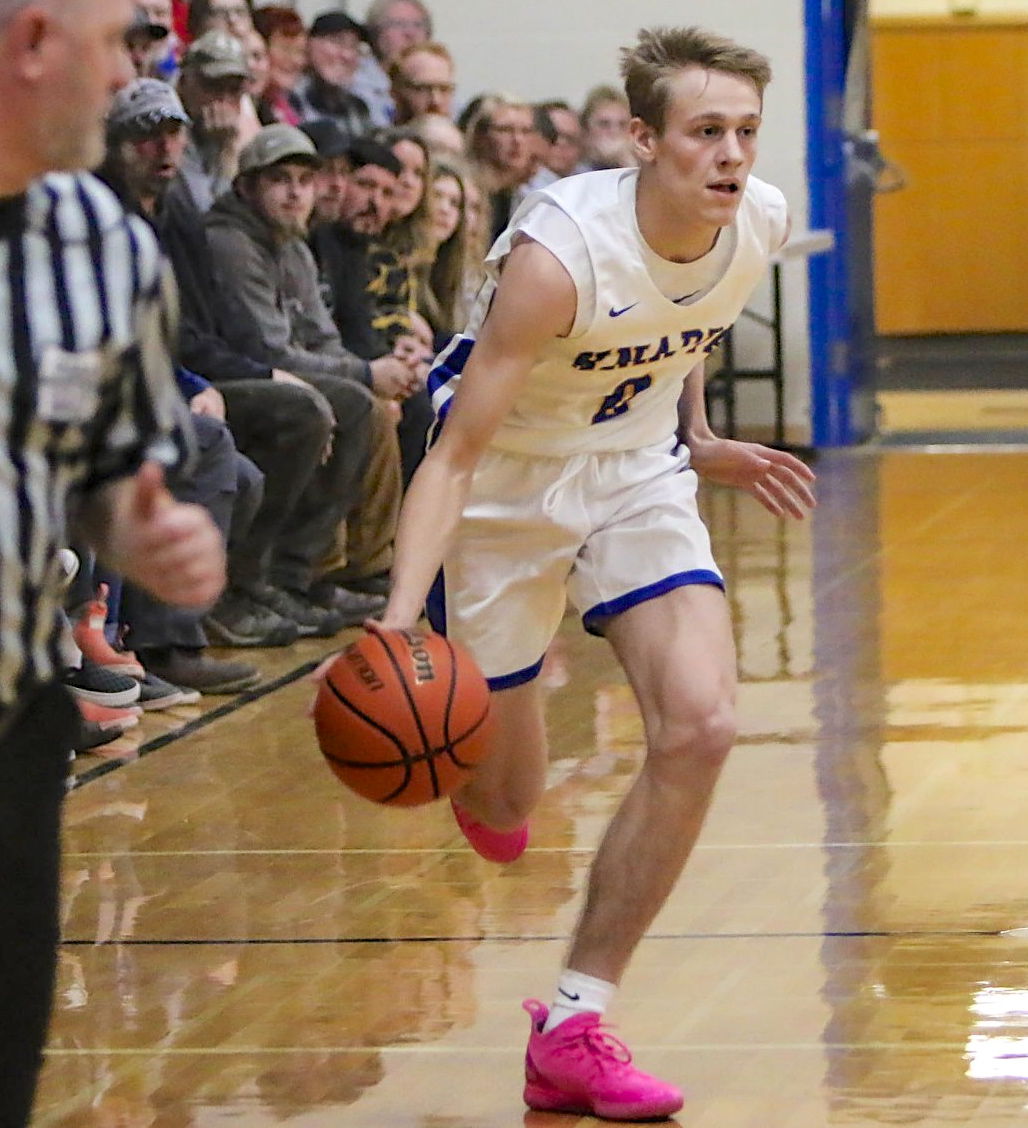 Knappa's Devin Hoover works the ball up the floor. The junior earned all-state honors for 2019-20. 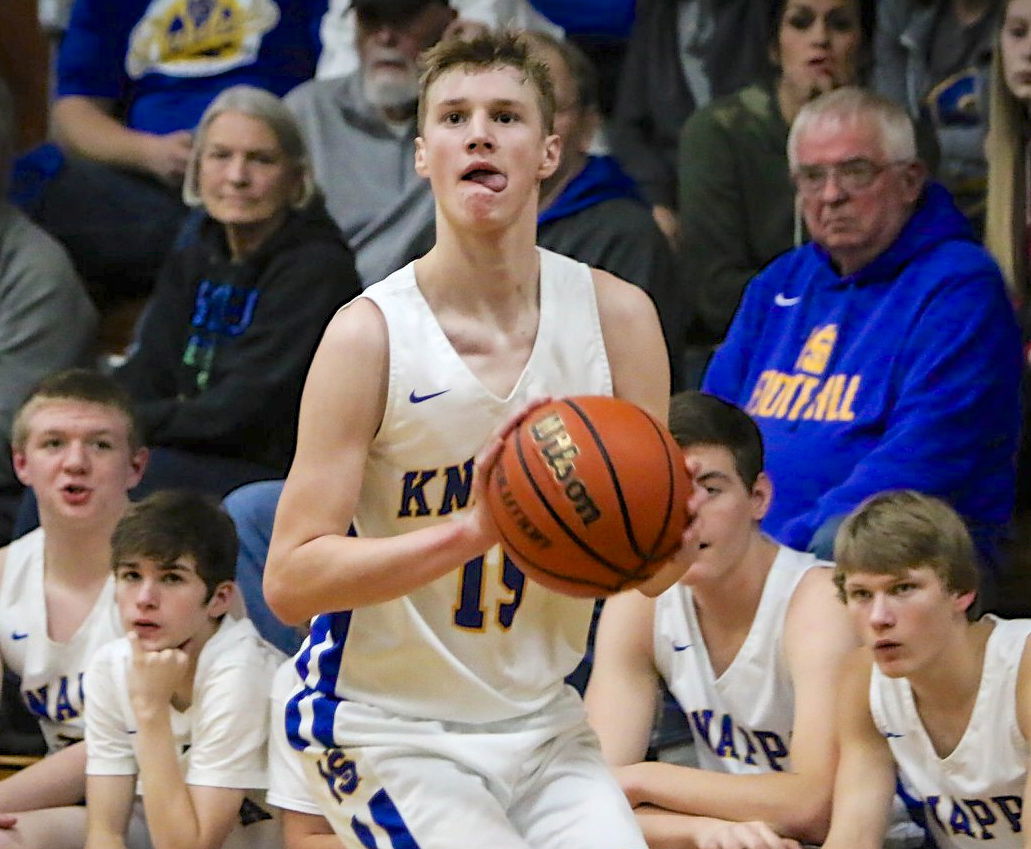 Mason Westerholm lines up a shot. The senior was named all-state honorable mention.

Knappa's Devin Hoover works the ball up the floor. The junior earned all-state honors for 2019-20.

Mason Westerholm lines up a shot. The senior was named all-state honorable mention.

While the state champions of Toledo swept the individual awards, the 33 members of the 2A all-state boys basketball team included two Knappa Loggers.

The all-state team was voted on by 2A coaches and released earlier this month.

For winning its first state title in school history, Toledo senior Conner Marchant was named “Oregon Mr. Basketball” (Player of the Year), while Toledo’s Eddie Townsend was Coach of the Year.